An enjoyable narrative-driven game that oozes style but tires easily.

The stylistic look of The Shrouded Isle is what stands out the most, but the engaging push and pull of Kitfox Games’ unique narrative hooks is what makes its mystique fun to experiment with. The dark tone and morbid theming of this cultist management simulator makes a great first impression, but can get old fast unless you get swept into the procedurally-generated twists and turns. But even if I sometimes tire of the repetitiveness, The Shrouded Isle stays in my mind as it’s an enjoyably tense tale where you must make hard decisions and narrowly keep your cult from destruction. 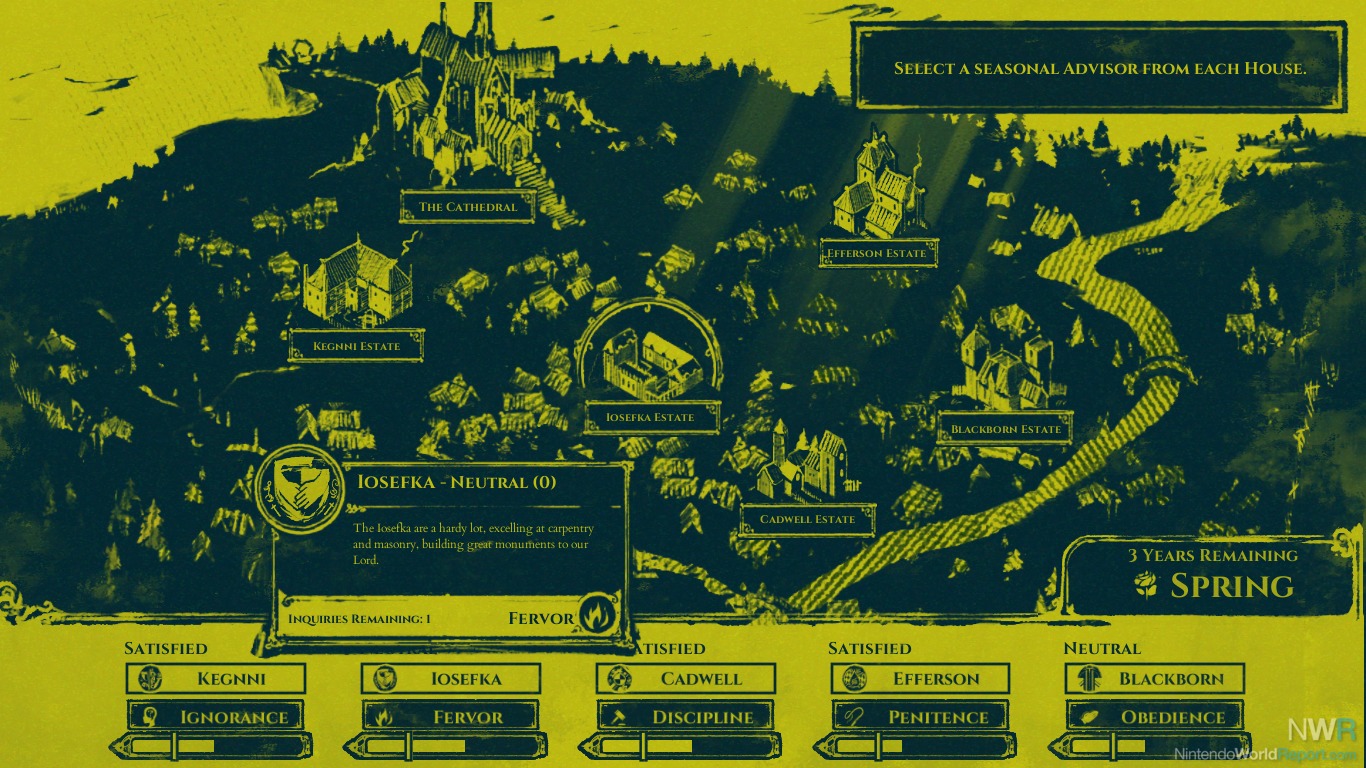 Cultist management simulator isn’t a typical genre descriptor. This most reminds me of Reigns, where you’re making decisions at a steady clip and seeing the results of your actions either benefit your end goal or spell doom for your peoples. You lead the cult, striving to keep the villagers docile for five years, which are split into four seasons each. Villagers are divided into five houses, all representing a different aspect of your domination over them: obedience, penitence, ignorance, fervor, and discipline. Through the seasons, you must keep these meters balanced while trying to figure out what makes each villager tick so you can weed out the ones who question you or have other problematic vices. That’s done by necessity as at the close of every season, you have to sacrifice a villager from the set of five advisors you select. 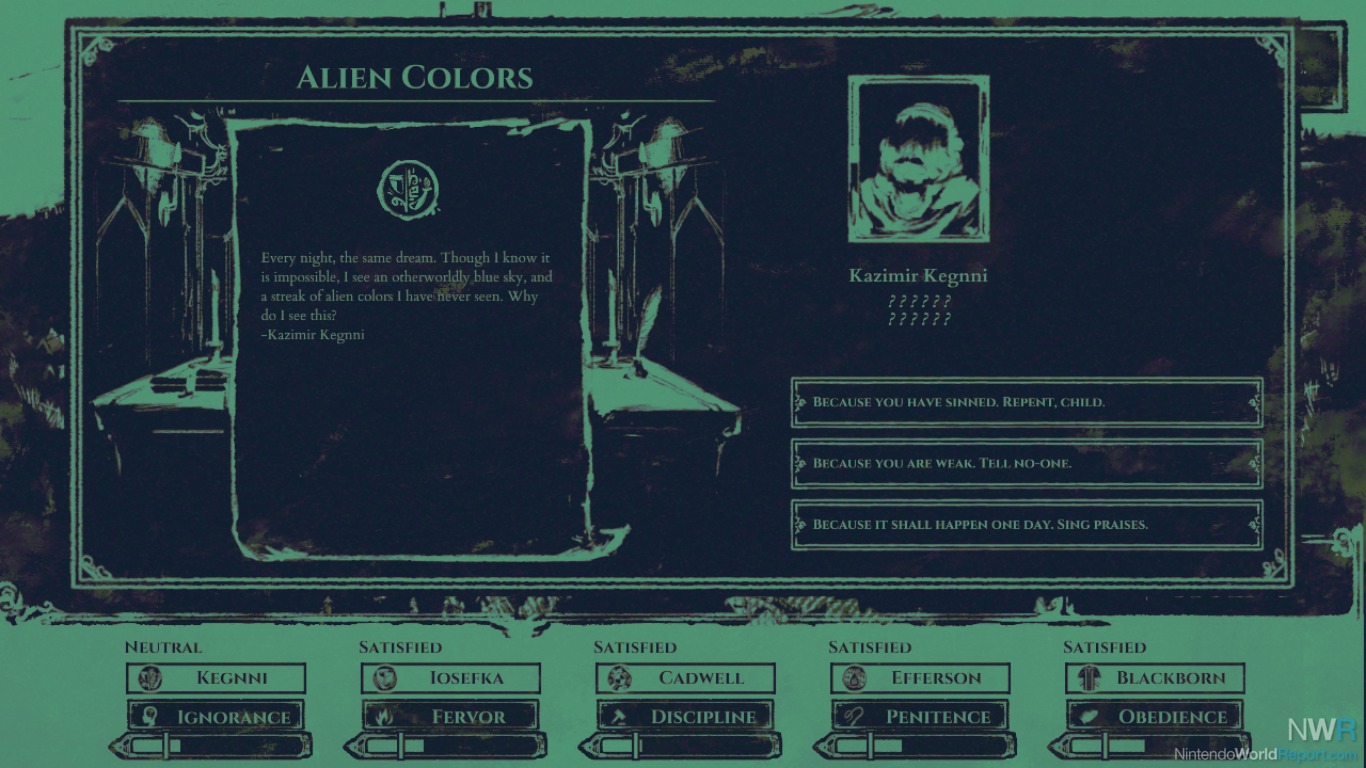 That routine is what drives forward the action. Sort through your villagers, using your powers of inquiry to try to gain insight as to how their minds work. Every villager has a virtue and a vice, hidden to start, that can benefit or hinder you in sometimes humorous ways. For example, one might be an artist, which you might think is harmless but actually means they’re going to lower the ignorance meter through their works. Everything’s measured through numbers, but has enough random happenstance that relying solely on the numbers is sometimes futile, especially as so much of your villager’s traits will be unknown or only partially known.

The other twist unveils itself a few seasons in. Villagers get afflicted with a disease that you can try to understand and treat by sticking them in a cage and purifying them (read: dunking them in water) for a season. Sometimes villagers can awaken, which leads to even more variables. More obscure objectives are also in the background, as you try to uncover specific characters and unearth different endings by shaping your cult in a certain way. 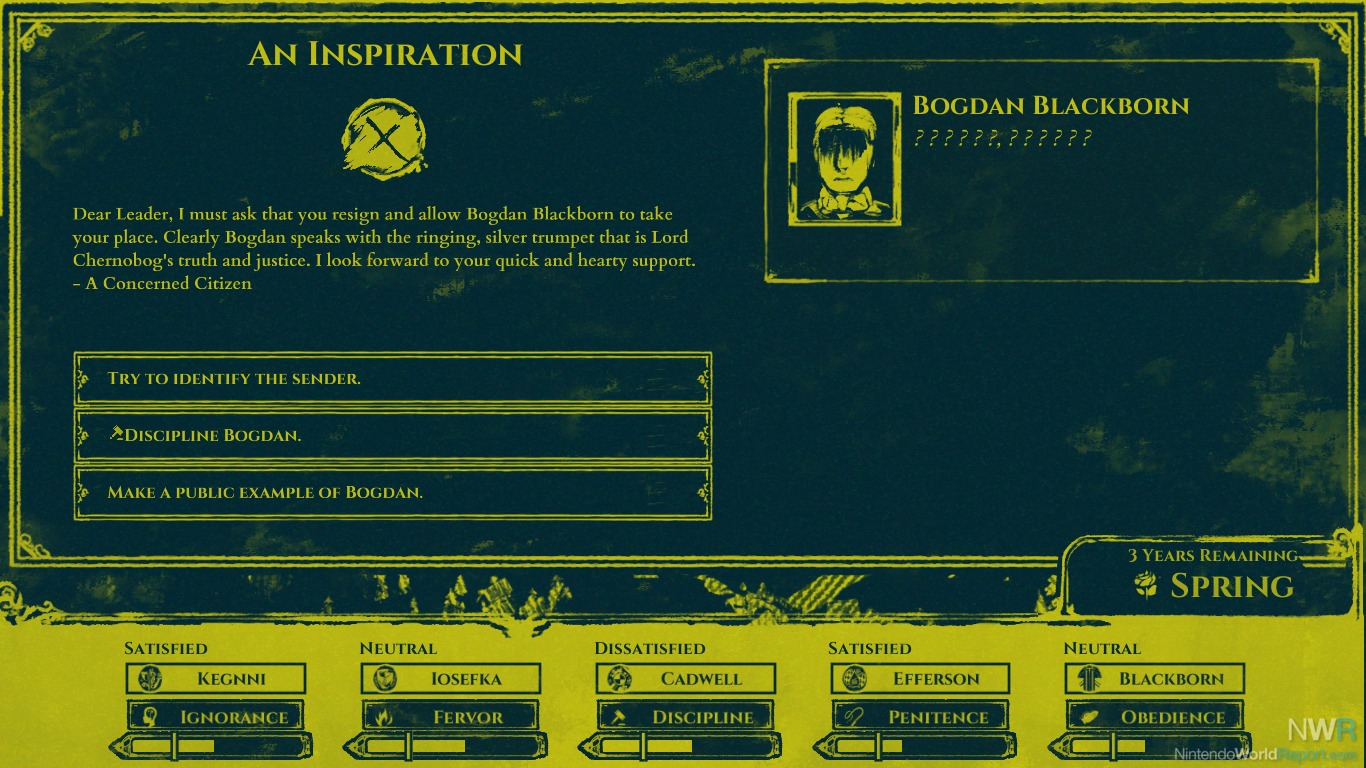 All of the fun comes to a grinding halt if you don’t have the five meters in line, but if you do stick it out for five years, you can experience one of the seven different endings. The progression is evidently roguelike and it manages to nail a lot of the feelings of progression of the genre. No overall progression exists, but each time through gives you an understanding of the narrative’s mechanics and surprises. The investment in the text each round makes it a little less fun to repeat than great roguelikes, but it’s interesting to see a more narrative-focused twist on the format. Roguelikes aren’t just for platformers and shooters, ya know.

The Shrouded Isle knows exactly what it wants to be, making the end result a little tough for everyone to get into. It captured me for a while though, as I tried to go through many runs to learn the ins and outs of these villagers as I planned out my sacrifices strategically to keep them all in the dark of the true machinations of my charlatan cult leader’s goals. That is, if the cult leader is lying. I mean, the Chernabog isn’t real, right? Right?