When Katamari Damacy released on the PlayStation 2 in 2004, critics fell in love with its obscure gameplay, visuals, and controls. The title spawned a direct sequel and a series that adapted mostly levels from the PS2 games – not much original content. Katamari’s newest entry is a port of the game that started it all, but now, the series hits a Nintendo console for the first time.

The premise is quite easy to grasp for newcomers. You play as a prince, the son of the King of All Cosmos. Because the prince is so small, the king sends him to gather materials from Earth by rolling them onto a ball called a “katamari.” The king’s goal is to recreate the stars and constellations using the materials after he wiped them all out while getting reckless at a party one night. When entering each level, it can be quite difficult to find objects small enough to fit onto your katamari. After your ball grows in size with every object you collect, more objects on the map become possible to capture. Each level comes with the goal of creating a star or constellation – stars require you to reach a certain size and constellations need you to grab a set number of whichever object the king demands. 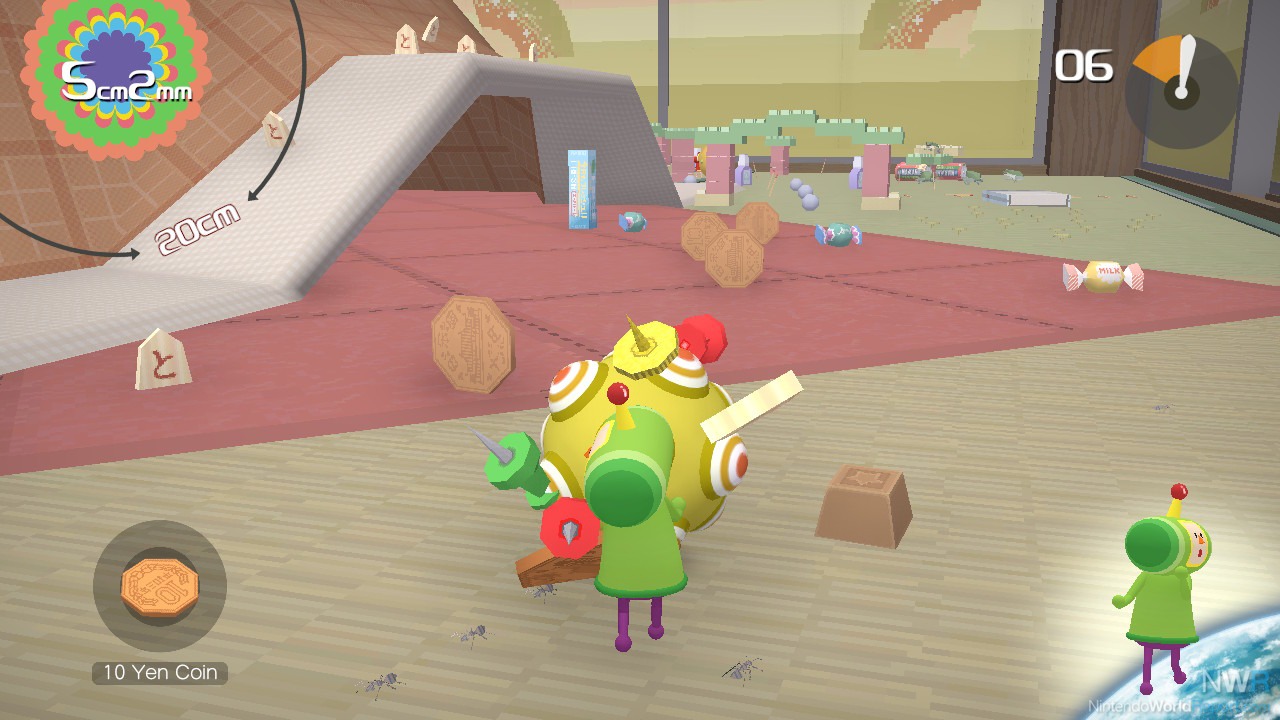 Unlike many ports and rereleases on the Switch that find new features, levels, and modes to freshen up the game on the new hardware, Reroll is exactly how it was on the PS2 – for better and for worse. In fact, what you see on screen is copied exactly from the PS2 version, just with a larger field-of-view. Katamari Damacy has never looked better as this rerelease brings with it HD graphics and brighter colors. At the same time, seeing it in motion feels like watching a 14-year-old game. The frame rate remains unchanged, and the camera seems to collide with everything in its path. Combined with gameplay that requires you to constantly roll around, this makes for a dizzy, nausea-inducing experience that deserves to be smoother. I wish I could play this game for hours at a time, but I’ve found it difficult to make it even one hour without a break.

Outside of Katamari’s visual flaws, the most disappointing aspect of this release is the motion controls. They only work with the Joy-Con, so no Pro Controller or handheld mode support. I was excited when I found out Katamari would be coming to the Switch with motion controls, but envisioned that they would be more subdued. With the motion controls, you have to grasp the Joy-Con and move both of them like joysticks. This requires a ton of movement, and isn’t accurate or easy to grasp at all. I wish you could just slightly tilt the controller to move the ball, which could potentially even be a better control method than the original joystick controls. 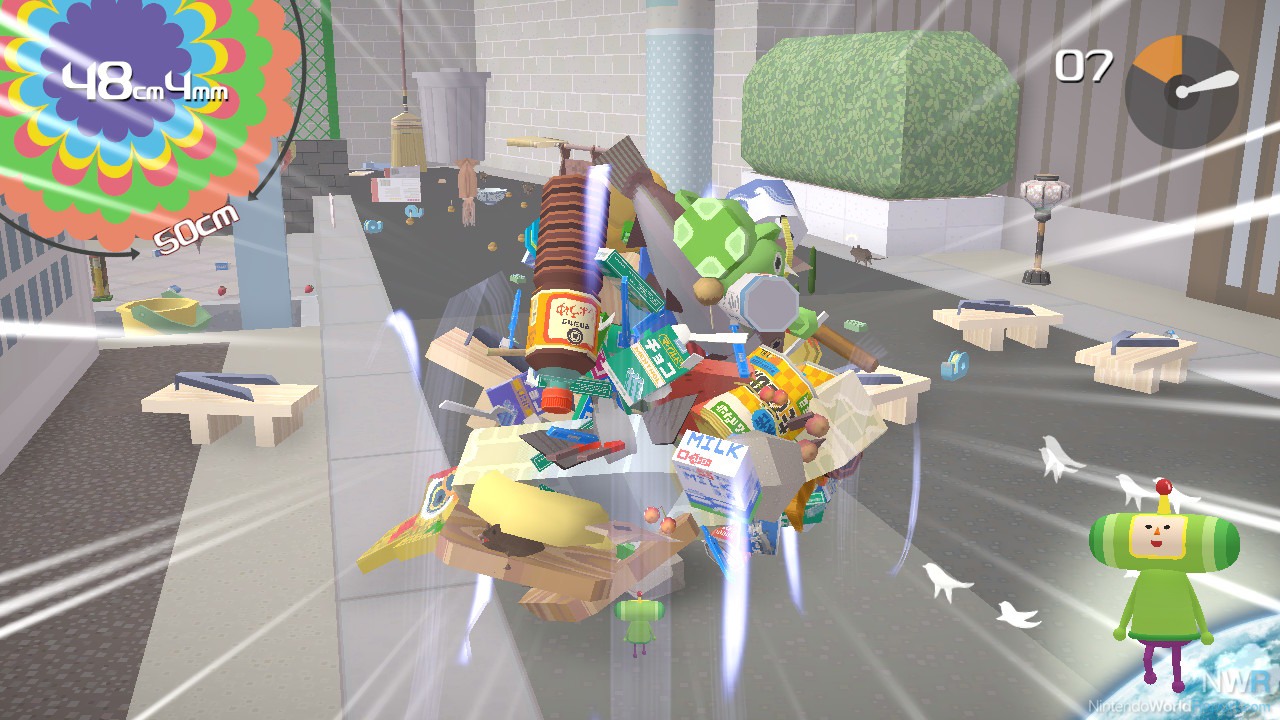 If you’ve never played Katamari before, there’s no reason not to pick this up over the original release on the PS2. The game is still a delight, and while it may make you dizzy, picking up objects and watching your katamari grow with all sorts of random objects will always be a delight. If you’ve played this before, though, there’s really nothing new here that’s worth trying out.