In space no one can hear you scream… and then respawn… and scream again.

I first played Everspace in January 2017. At the time it was in its early access preview stage on Xbox One. There was no real story and the gameplay loop was repetitive, but it played well. I spent a few days playing but was quickly distracted by something else. Fast forward almost two years and Everspace has arrived on Switch. As I sat down to play once again I was interested to see what had changed since I first tried it out. Suffice it to say, I was not disappointed.

Everspace is a roguelite space shooter. You start with a basic ship and weapons and must travel from sector to sector until your eventual demise. Each sector is randomly generated and populated with different resources to be gathered, along with wrecks and asteroids to explore. Amidst these locations are various factions, each with their own allegiances. Some will attack you on sight, others only when attacked, but all present a risk and a reward. Defeated enemies drop resources and money, along with weapons and gear for your ship. Your greatest concern is maintaining a supply of fuel in order to jump to the next sector. It is a valuable commodity that is most regularly found in large containers controlled by a very powerful faction that, while generally non-aggressive, gets very offended if you steal their fuel. I found that my best bet was to swoop in and nab some fuel when a gang of outlaws was trying to take it for themselves then sneak away before anyone could catch me. Better yet I’d aggro a hostile faction and tease them into chasing me to a mining colony where their stray fire would ultimately liberate some precious fuel.

Inevitably, your luck will run out. Death means starting a new journey through new sectors. Before that though you’ll have an opportunity to spend any credits you earned on your last run. These credits are use to purchase permanent upgrades for your ship, as well as buying entirely new ships. With this steady stream of ever increasing advantages, your ship can make it a little farther each time. Along the way you’ll encounter a variety of other characters who offer you side quests as well as insight into your own story. A steady stream of new characters, plot points, and activities help to alleviate the repetitive nature of the roguelite gameplay. In a genre where progression is often times minimal and hard to detect, these side quests help to keep things moving.

Everspace can be played in either third or first person. I found myself regularly switching between them depending on my situation. Visually everything holds up quite well on Switch save for some resolution and framerate drops in certain scenarios. One sector type in particular features thick fog that when mixed with complex geometry seems to be a bit too taxing on the engine. These moments require a perfect storm however, and in general Everspace on Switch looks surprisingly comparable to its releases on other platforms.

Everspace is the most open ended space shooter on Switch. It is highly replayable and there is still plenty more for me to see and do. The segmented, sector-by-sector gameplay is perfect for on-the-go play. It employs its genre better than most and manages not to feel too repetitive even as you die over and over again. This is a game that will be at the top of my Switch home screen for a long time to come.

Lot of nines being handed out... December seems like a good month for video games. 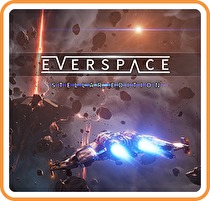