The grossest and punkest fencing game you will ever play.

The first Nidhogg was a game that demanded my attention. The moment I saw the eye-catching simplistic yet messy graphics, my interest was piqued. The elegance of the easy-to-pick-up controls blended with the fungibility of the one-on-one fencing gameplay made for a top-tier local multiplayer experience. The seemingly random nonsense that would occur as my friends and I would jump-kick, toss swords, and try to outsmart our opponents made the original game endearing. 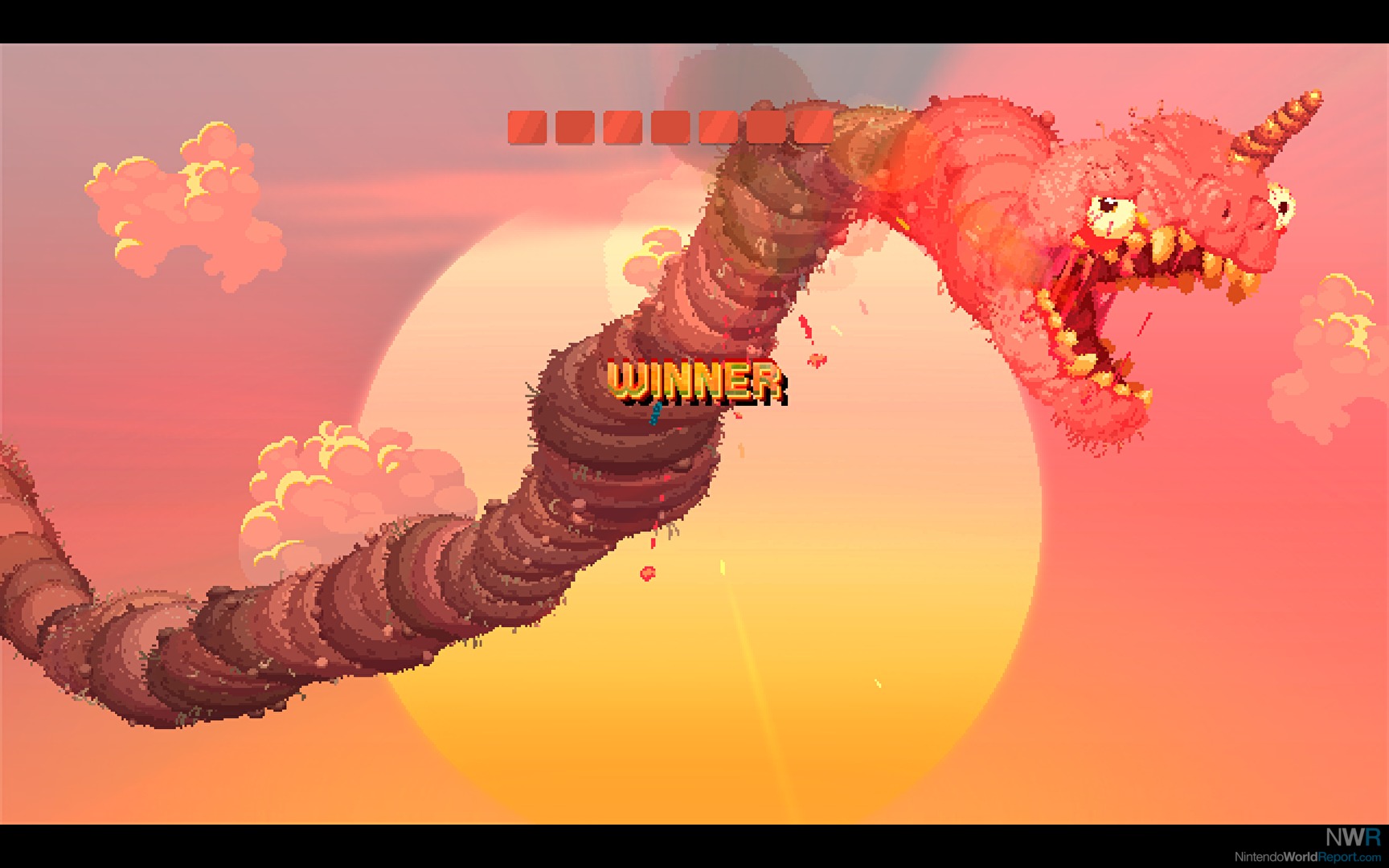 With that in mind, Nidhogg 2, the debut for the budding series on Switch, runs the risk of overcomplicating the delightful cacophony of dumb multiplayer fun. Thankfully, while it does add more depth, grungier graphics, and more active backdrops that make the action a little harder to follow, this sequel stands up to its predecessor as a mostly successful evolution of the style.

For starters, Nidhogg is basically a game of side-scrolling tug of war. You and your foe start in the center of a series of connected rooms with the goal for each of you to reach the opposite side, in which case you’re devoured by the nidhogg of Norse mythology for some reason (I swear: being eaten by a giant serpent means you win!). To defeat your enemy, you wield a weapon and try to stab them or knock them down. When one player is slain, they respawn a few seconds later. At any given moment, you have lots of movement options, such as lunging with your sword, rolling to avoid a stab, jump-kicking to knock your enemy down, or throwing your weapon to impale your foe. The actions are all quick and relatively straightforward, but that leads to mind games with your opponent. 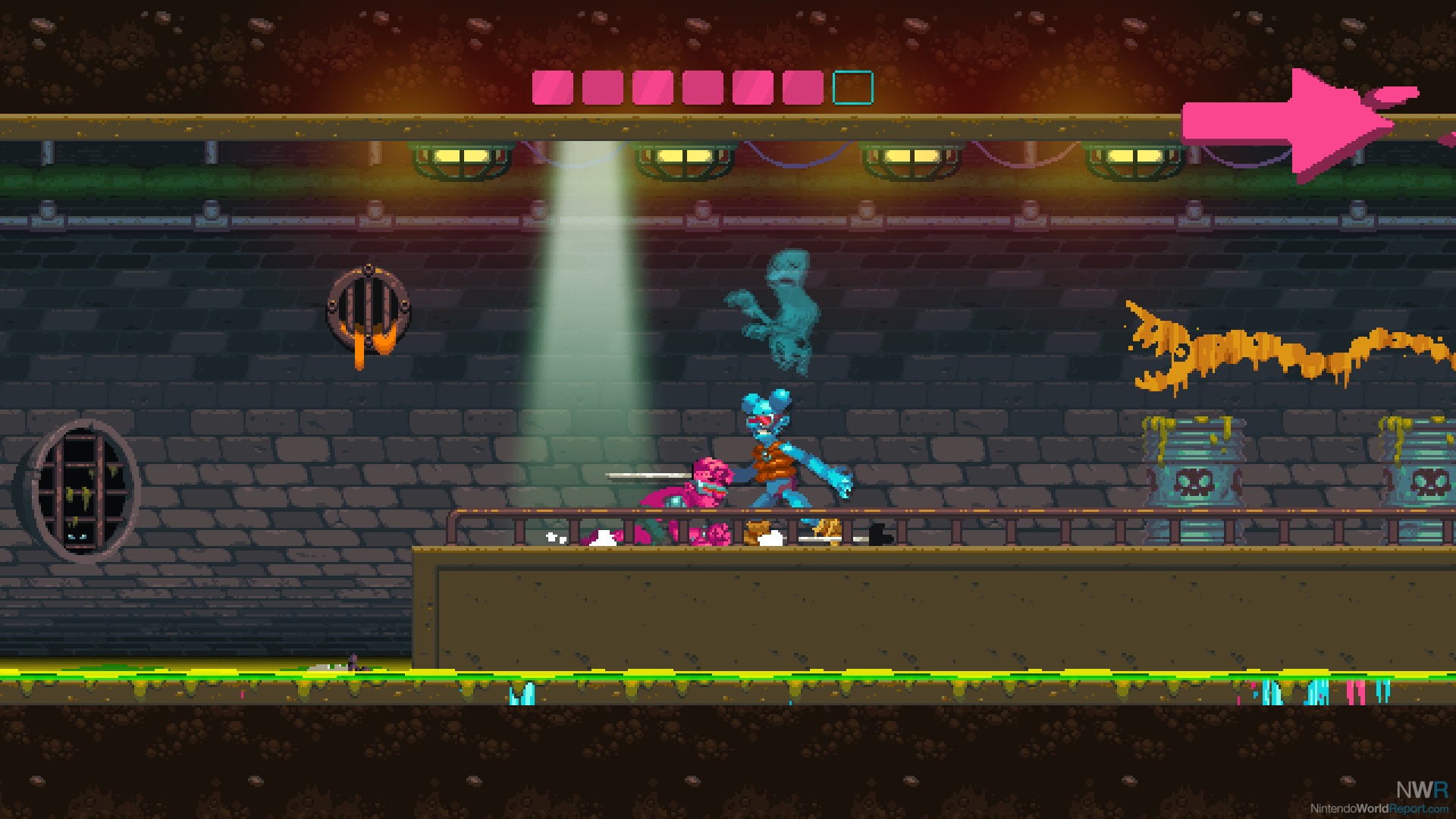 Local multiplayer is the highlight here, with a simple one-on-one battle option as well as a tournament mode for up to eight players. While matches can get into stalemates and go on for a while, those are usually intense and fun to watch, making for a great experience for both players and spectators during a tournament. Additionally, an arcade mode provides some limited single-player content. It’s just a series of matches against the computer that can generally be finished in about 20 or 30 minutes. Online multiplayer is also present, which ran fine in my time with it, but I definitely feel Nidhogg loses something when not played locally.

Most notably, Nidhogg 2 adds a whole bunch more weapon options. Swords come in more variations than the first game, along with the addition of small daggers and bows and arrows. The added variety often leads to more endearing chaos, though the gameplay slows down slightly when you come back to life as you need to take stock of what you’re packing. In my experience, I found that the new weapons built on the foundation of the first game beautifully. When I stumbled upon the fact that you can reflect an arrow back at your opponent with your sword, it was glorious, and that’s just one smile-worthy discovery of many I came across. 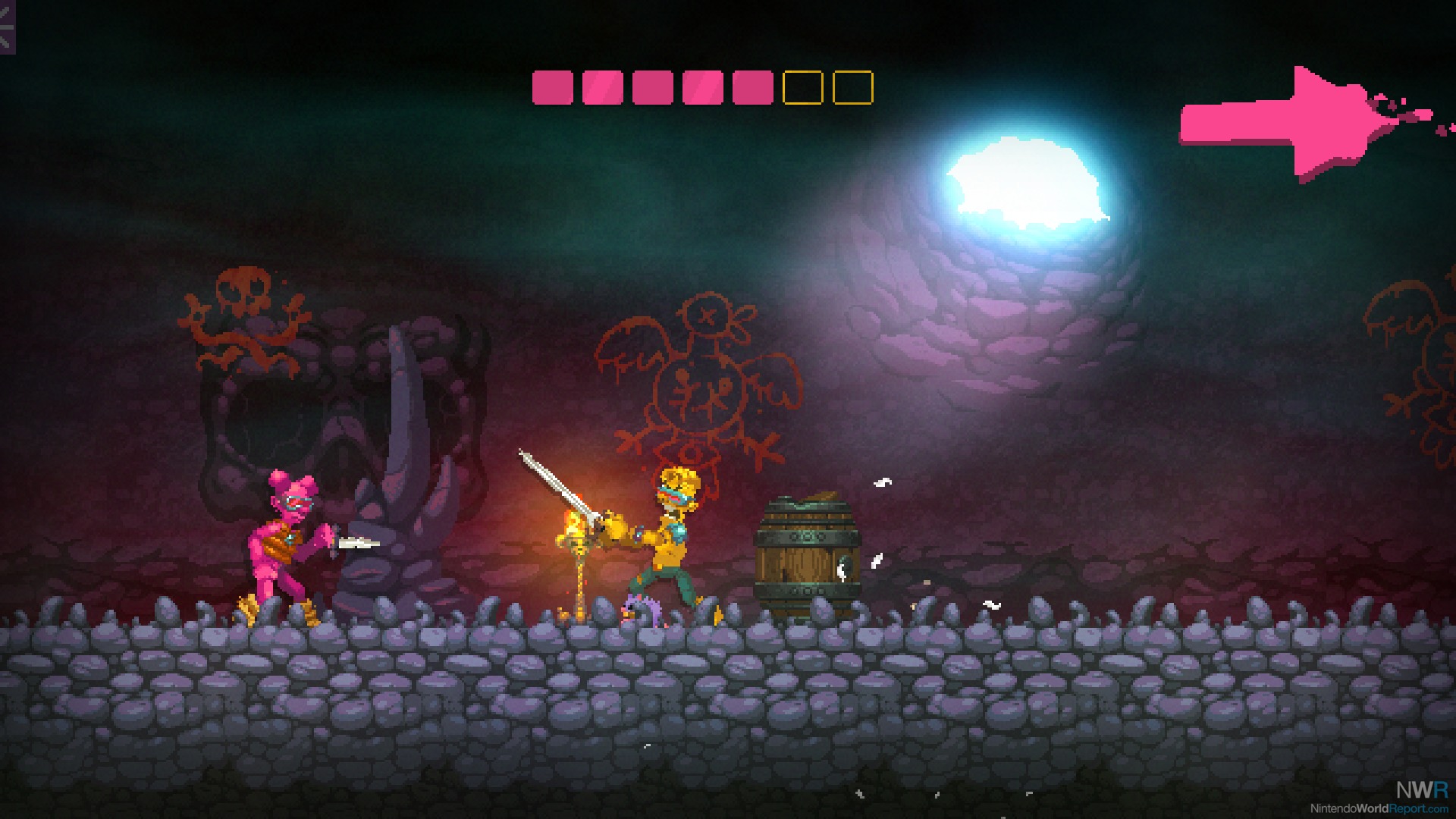 The original game had a simplistic look but Nidhogg 2 looks like it could fit somewhere in between Oddworld and Earthworm Jim with a somewhat intense and aggressively messy art style. Ultimately, the sweet simplicity of the first game is what I prefer, but the style of the second is off-the-charts crazy and nuts. The soundtrack and sound design complement the look and feel perfectly. Each stage has different graphic flourishes, often with new obstacles such as moving platforms or tall grass areas. The vibrancy of the stages does occasionally interfere with the gameplay and it’s a little too busy at times. I’m torn, because I dig the new look, but I can’t help but long for the charm of the old graphics, too.

Overall, Nidhogg 2 is a successful follow-up to the dynamite original, instantly making this one of the must-have local multiplayer games on Switch. Not much is there for the solo player, though the online multiplayer is nice. The ideal setup is a slew of friends passing off controllers in the tournament mode, but even in less than ideal multiplayer scenarios, it’s still a chaotic and wacky blast.