Sega does what Nintendo....does as well. 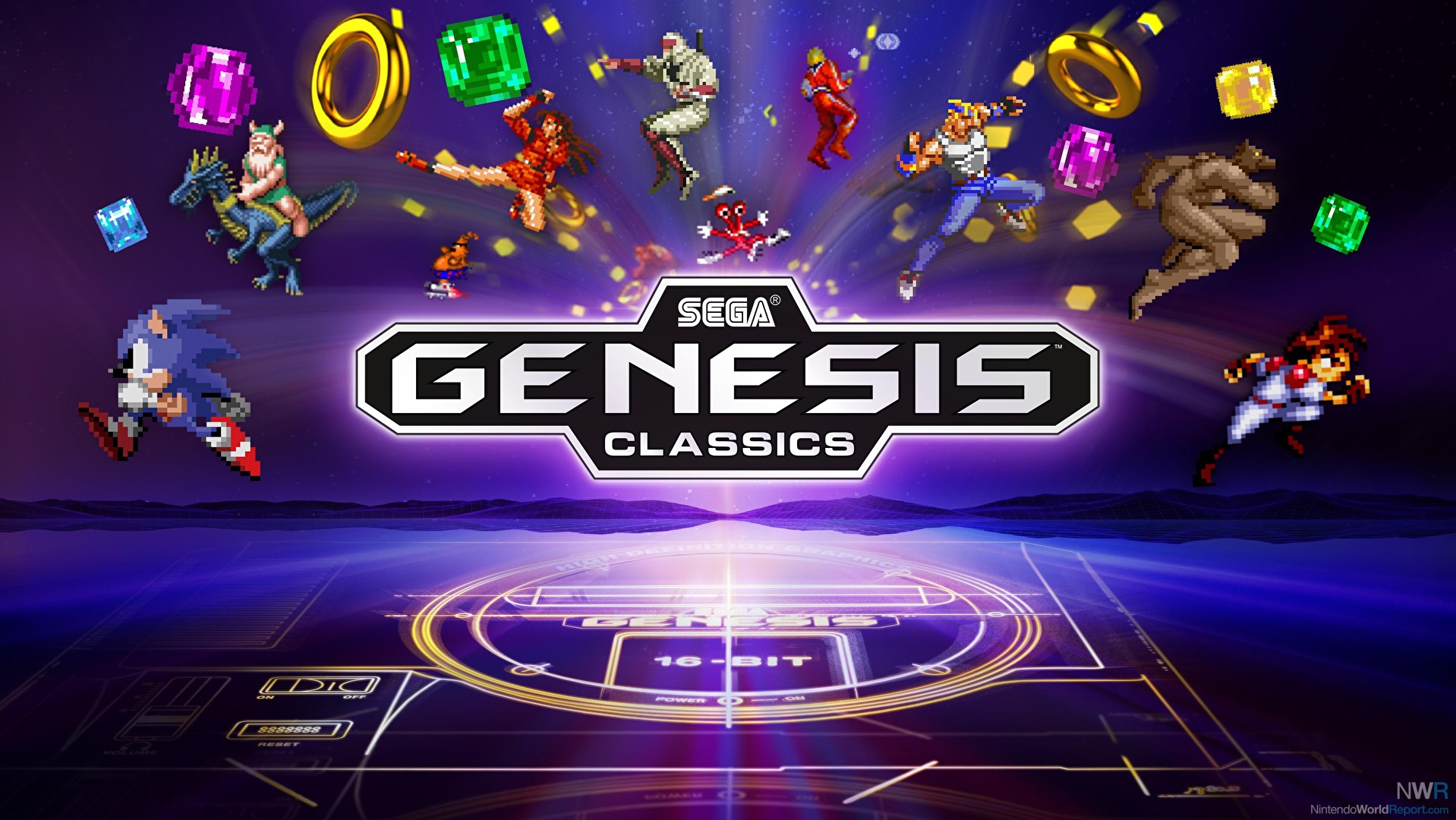 Retro collections have been around for a while, including a previous version of the Sega Genesis Classics under the title Sonic’s Ultimate Genesis Collection, but what sets this new one apart is that it's the first major Sega one to hit a Nintendo console. I’m sure I am not alone is saying this but it’s about time! This collection is one of the most comprehensive packages of classic games and is an absolute dream on the Nintendo Switch.

Most, if not all of these games have been reviewed many times before so I am going to look into this as more of an overview of this collection as a whole. Let’s take a look at this in three sections: The games, the presentation and the extras.

First and foremost in an any collection is the amount and types of games that are included. With the Sega Genesis Classics, it includes exactly what the title says: Classics. It does not lie either, as there are some absolute gems on this, such as Phantasy Star IV, any of the Sonic games, any of the Streets of Rage games, Toejam and Earl, any of the Golden Axe and you get the picture. More than 50 games are included and while there are some that are questionable, most are some of the best games to ever come out of the early ‘90s. One puzzling thing I noticed however is that the Switch version did not get the Wonder Boy games, which are included in the Xbox One and PS4 versions. It is not a deal breaker, but just a strange omission. Comparing the original Sega collection from last gen, there are some games that got swapped in and out. I would say that in many regards the swaps were good, but some games like Sonic the Hedgehog 3 were not included in this new one and were in the old one. Games like Ecco the Dolphin also was left out. Personally I was not a big fan of Ecco anyway, but it was a very recognizable Sega exclusive at the time. Overall, there are countless hours of fun and a wide variety of titles that would cover anyone’s interests.

As soon as your boot up the game, you get a nice little intro video that highlights some of the big names on the collection. Once that finishes, you jump right into what looks like a typical gamer’s bedroom of the era. An old CRT TV is front and center with the Sega Genesis right underneath. Scrolling through the menus takes you around the room, to the right you see the full collection of games all in there boxed glory. Navigate to the left of the TV and the options for multiplayer and challenges are available (more on these later in the extras section). When you start up a game, the cartridge is placed in the console and you can start playing.

Many options are available to adjust the screen. If you want to play the game in full screen so it plays on the Switch screen with borders you can do that, but if you want to put the game and show it being played on the TV you can do that as well. More adjustments can be made to the boarders, filters and control to any game. You can also take advantage of the full Switch screen without borders by stretching the graphics to fit the screen.. I wouldn't recommend that for too long as most games just look odd all stretched out. This collection also has the modern items that players expect now such as save states, which are implemented very nicey. If you are mid-game, you can hold down on the right stick to do a quick save and hold it up to do quick load, it's pretty slick and may come in handy in case you need to stop the game quick but don’t want to lose any progress. All said and done, the presentation is cool, a little more immersive than just the menus of the old collection.

The Sega Genesis Classics collection has a bunch of extras. Let's start with what I feel is the most important: Multiplayer plays a huge role in some of these games. Not only do you have local multiplayer, but online multiplayer has been added as well. As much as I love to be able to play Streets of Rage with somebody right next to me, it very nice to know I can hop online and see if anybody is up for a few levels. As of this writing, nobody was online to test, but if it ends up being an issue I'll update the review. Local multiplayer can even be played on one Switch by separating the Joy-Con. Some other extras in the collection are feats similar to trophies or achievements. Also included are game-specific challenges with rules and restrictions. A list of these challenges are in the menu and once you select the one you want to do, the game will start up under those specific rules. It’s a nice addition that allows to play the game in a different way than before. All of these extras are great, though I wish there were some developer interviews like there was in the last collection. 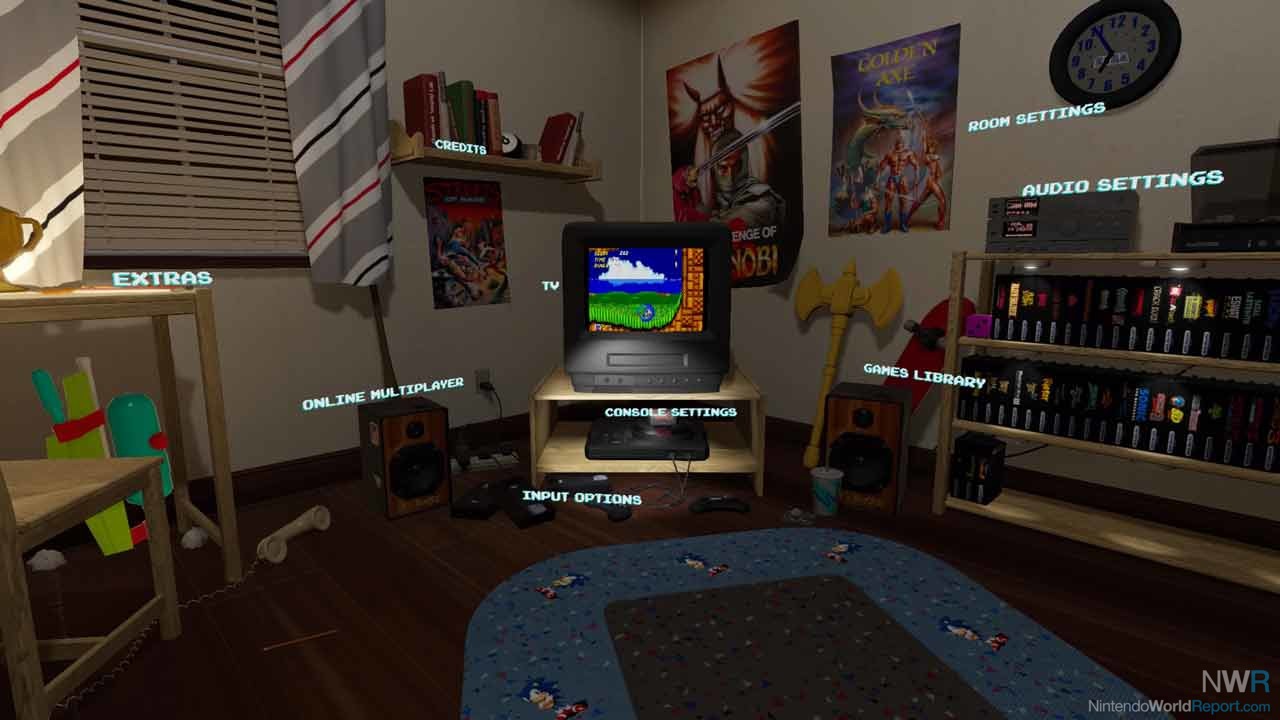 The Sega Genesis Classics is a must own on your Switch. I would recommend buying it digitally so you can have all of these games available at any time without having to swap out a cartridge. Knowing that anytime I have my Switch out of the house, I can easily pop off the Joy-Con and jump in a quick match of Virtua Fighter 2 with my friends is a game changer.