Patience is a virtue, even for psychopaths.

Party Hard is a unique, stealth-strategy game where you control a psychopathic killer tasked with murdering everyone at various parties. The main campaign has 12 levels that take place in different locales, such as a party bus, a rooftop pool party, and a casino. The story involves a police officer who is being interviewed about his pursuit of the aforementioned killer across the USA, and it’s compelling enough despite shaky writing and voice acting. While it may be tempting to run around slashing your knife with reckless abandon, Party Hard requires the utmost patience for you to be successful. 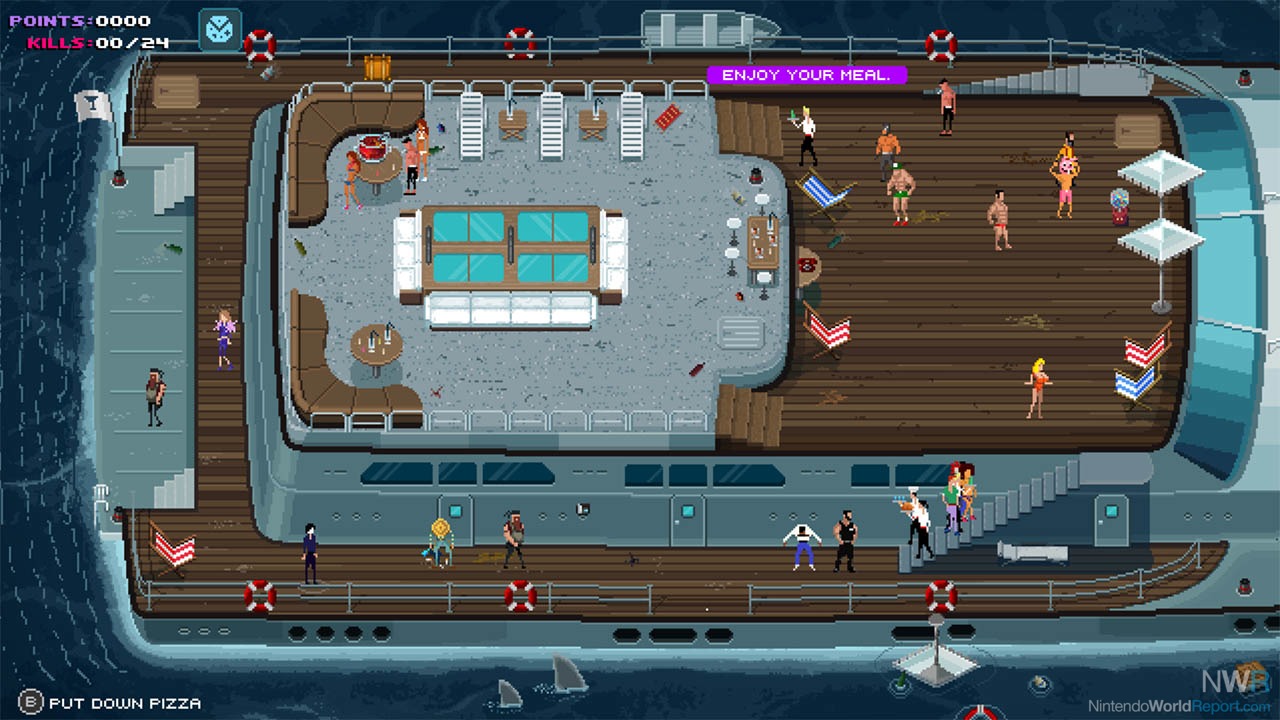 In each level, there are between 40 and 60 people that you need to eliminate to complete the stage. In addition to your knife, various traps in the environment can be used to help you meet your quota, including poisoning a punch bowl and rigging speakers to explode. The traps are randomized each time you replay a stage, so you have to adapt your strategy to what the game gives you. Your character also has the ability to sprint, but the stamina meter drains extremely fast. After killing someone, you can dispose of their body to earn extra points and to avoid attracting suspicion. When partygoers see a dead body, they run to the nearest phone and call the police, and if they happen to catch you in the act or even close to it, they will identify you to the police and you will need to avoid capture.

Further to the strategy of Party Hard, items such as clothing and bombs can be picked up in each stage to help you avoid the police or eliminate your targets. You need to look for the best situation to deploy your items as you usually only get one per stage. You can also make phone calls to invite special guests to each party, and these fellow party crashers often help you by drawing attention away from you or assisting with your kill count. Pressing the ZL button allows you identify whether guests are within earshot, and this helps you time your killings. You can also dance by pressing the A button, which is supposed to allow you to blend in with a crowd or disperse larger groups, but I found that dancing didn’t often have the desired effect and I ended up using it quite rarely. 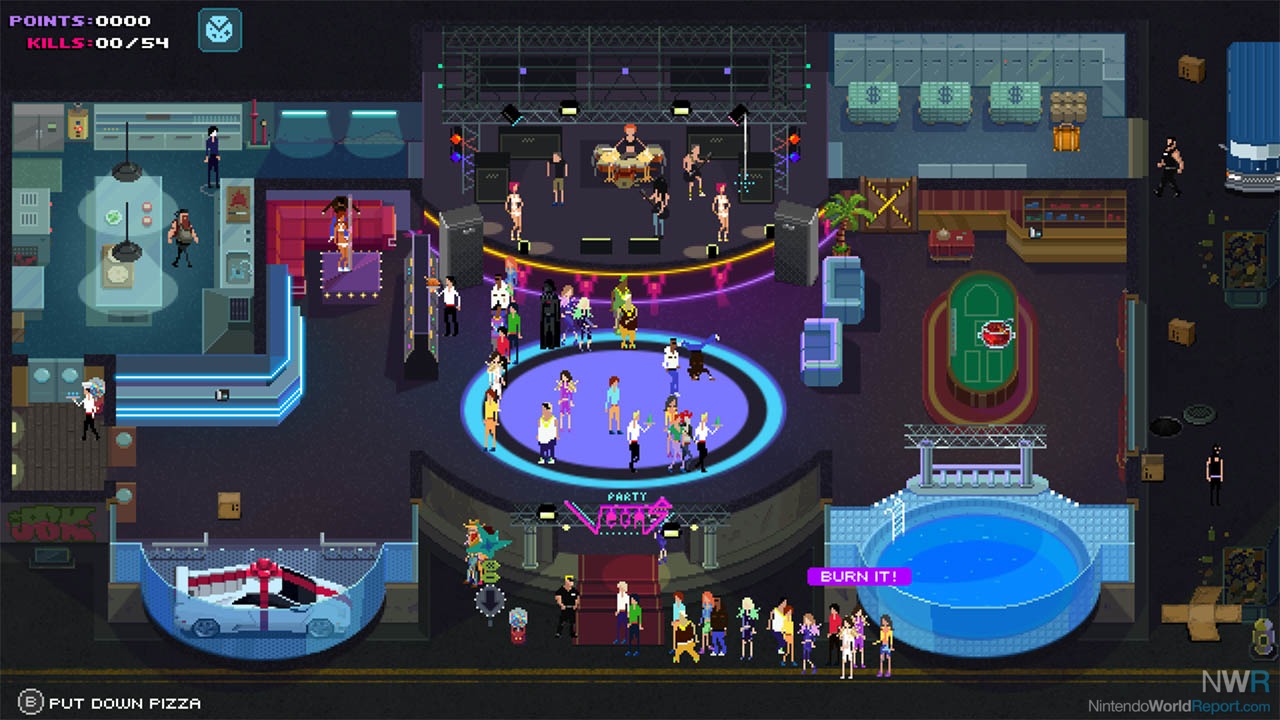 The music changes in each stage and makes it feel like you really are crashing different parties with the intent to do harm (to put it mildly). The visuals are simple, and because the whole level fits on a single screen, it can be hard to see smaller elements in the environment, like messages in the bottom left corner that tell you what you can interact with. Fortunately, load times are really quick and even after restarting a stage you can hop back in almost immediately.

Party Hard is a fun game that is different from many other strategy titles you might find on Switch. But that said, it can be frustratingly difficult at times. You might eliminate 48 out of 50 people in the level and get caught by the police and have to start over from the beginning. It’s not always clear whether bystanders will identify you as a murderer, and even if they don’t see you commit the deed, they can still call the cops on you. Speaking more positively, I was pleased to see 26 achievements, co-op play, six unlockable characters and seven unlockable DLC stages, so the game has a pretty good amount of content and replay value. For those looking for a challenging and different take on both stealth and strategy games, Party Hard is absolutely worth a look. For those without patience or those wanting more of an action title, you might want to decline this party invite.

the eshop for switch is actually pretty wild west....a lot of Devolver games are on there, a lot of stuff you'd think Nintendo wouldn't be ok with in the past.  It's good in that it means the Switch is getting a lot of indie offerings, but yes, also means plenty of stuff you wouldn't expect on a Nintendo platform, tonally.