It's the story of Harry Potter, but way more light hearted

We may be seven years removed from the original series, but the Wizarding World of Harry Potter is still fresh in people's minds with the upcoming release of the second installment in the Fantastic Beasts series. What better way to get caught up on the adventures of Harry and his friends than with the LEGO Harry Potter Collection. Traveller’s Tales has crafted a well-paced, fun game that all ages can enjoy. 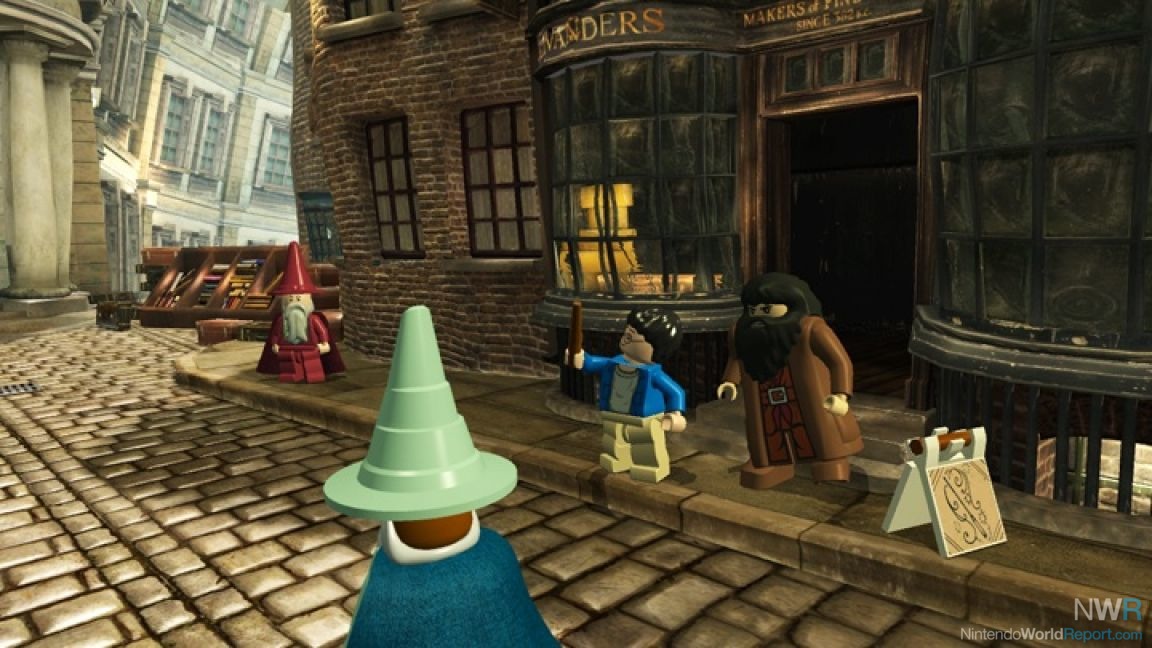 As the name suggests, this is the collection of both LEGO Harry Potter games, which back in the day were split up between years 1-4 and then years 5-7, and also the previously released DLC. Once you boot up the game you can choose between either game to start with. To keep things in order I started right from the beginning. It has been a while since I have seen the first few films so seeing the events play out in LEGO form is just hilarious. Hagrid absolutely steals the show. If you have played this game or any of the many other LEGO games before then you should be pretty familiar with how it plays out.

These games typically follow the storyline of the source material and build up from there. In this case, you start with Harry and Hagrid and as you play through the game, you unlock more characters to play as. Some characters have different abilities or attributes that need to be used to solve puzzles or to push past obstacles. Hagrid, for instance is a “heavy” style character, which allows him to use his strength to pull on chains and other objects. The first thing to notice in LEGO games is that almost everything can be interacted with. This is very important as well, since there are so many collectibles and surprises around every corner. 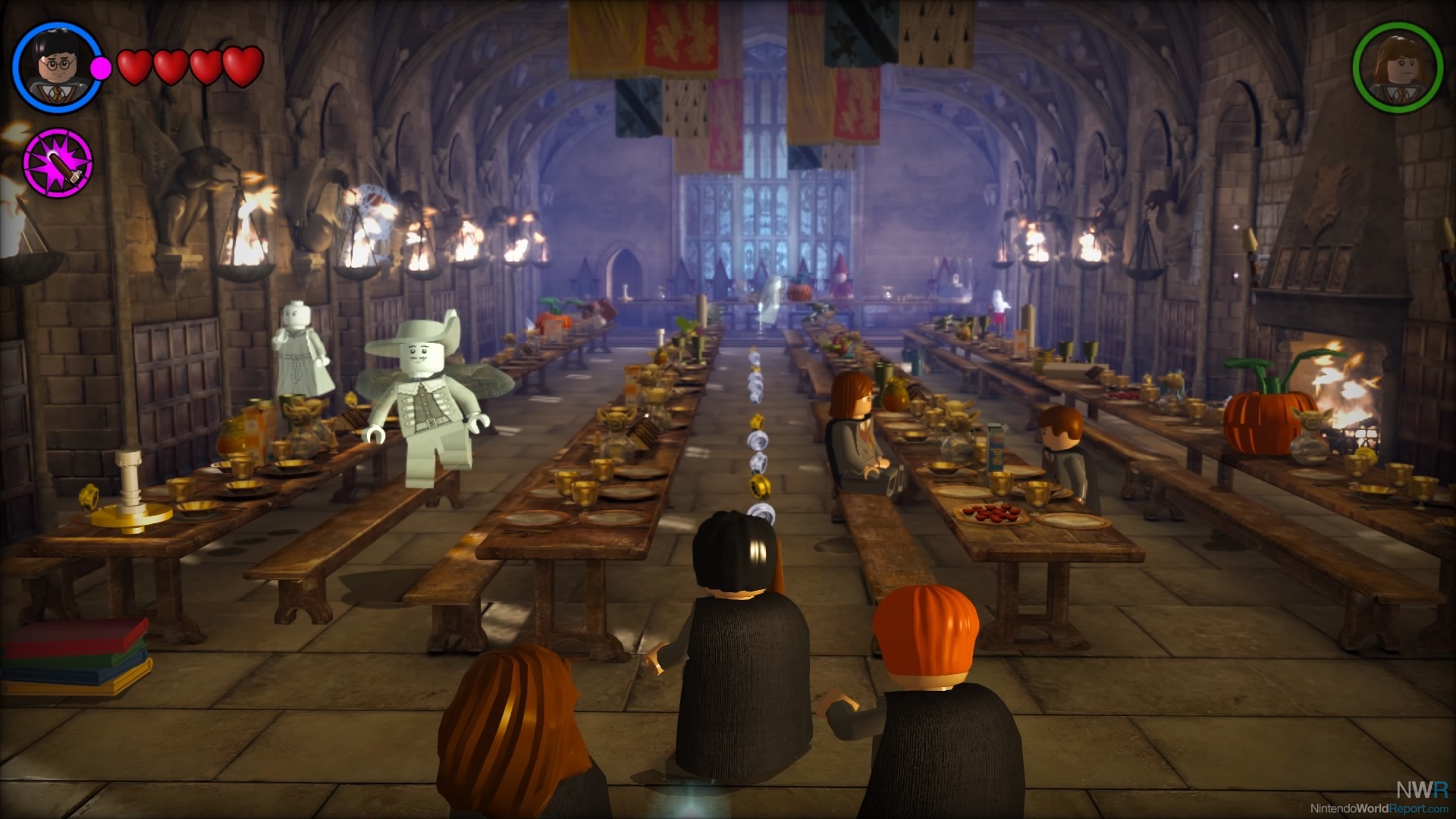 LEGO Harry Potter looks quite impressive on the Switch. It is not pushing the limits very high, mind you, but the world and characters are bright and colorful when they need to be, and dreary and dark if the situation calls for it. No matter if I played docked or in handheld it ran well. I personally played a lot in hand held mode as it just feels like it should be a portable game. The levels are just long enough to play in small bursts, but if you really want to dig in, you can spend a lot of time interacting with the environment. Sound design is also strong, with familiar tunes and pleasant sound effects..

One minor complaint is that it is a breeze to go through. I understand that it's geared towards kids and younger gamers, but I wish there was a way to bump the challenge up. An easy way to bump up the challenge is to play in co-op. It doesn't increase the difficulty, but when you have to work together with another person, it adds another layer to the game. An odd thing that came up with the two player co-op is that everything plays out initially on the same screen, however when you start going to some larger levels and if your characters start moving farther away from each other, it starts to go into a split screen mode. It wouldn't bother me that much, but the split screen does not stay vertical or horizontal, it spins around like it doesn't know which to do. 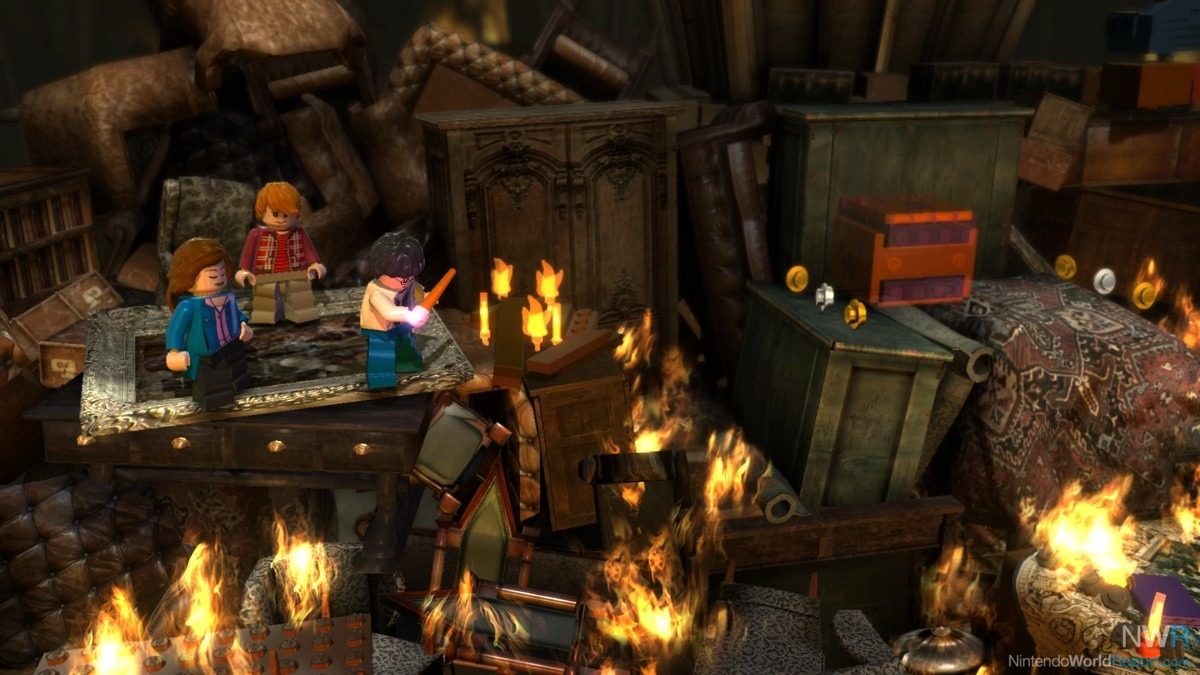 After all is said and done, the LEGO Harry Potter Collection really is a fun game and with this being the definitive collection, it is the best way to play. Of course, you can get this on Xbox One or PS4, but you can only take the Switch version with you when you go see the next Fantastic Beasts film.

I first played these back on the Wii years ago. I bought this new version and its still fun. Its weird going back to an old Lego game before they had dialogue in the cut scenes. I don't think I like them as much this old way, but they are still amusing.