WILL: A Wonderful World (Switch) Review

Not what Louis Armstrong had in mind.

WILL: A Wonderful World could be called a visual novel, but there must be much more emphasis on the “novel” and much less on the “visual.” It is a narrative game told primarily through letters, and the primary “gameplay” (I use the term loosely) is that you rearrange snippets of these letters to change the fates of the people writing them. The framing device revolves around a girl and a dog who are gods with the ability to alter the events in people’s lives so as to change what happens to them. So you have a series of about a dozen short stories being told inside a larger one. Ironically, the title might lead you to believe that this is a happy game, but the narratives are much more Poe than Dr. Seuss. 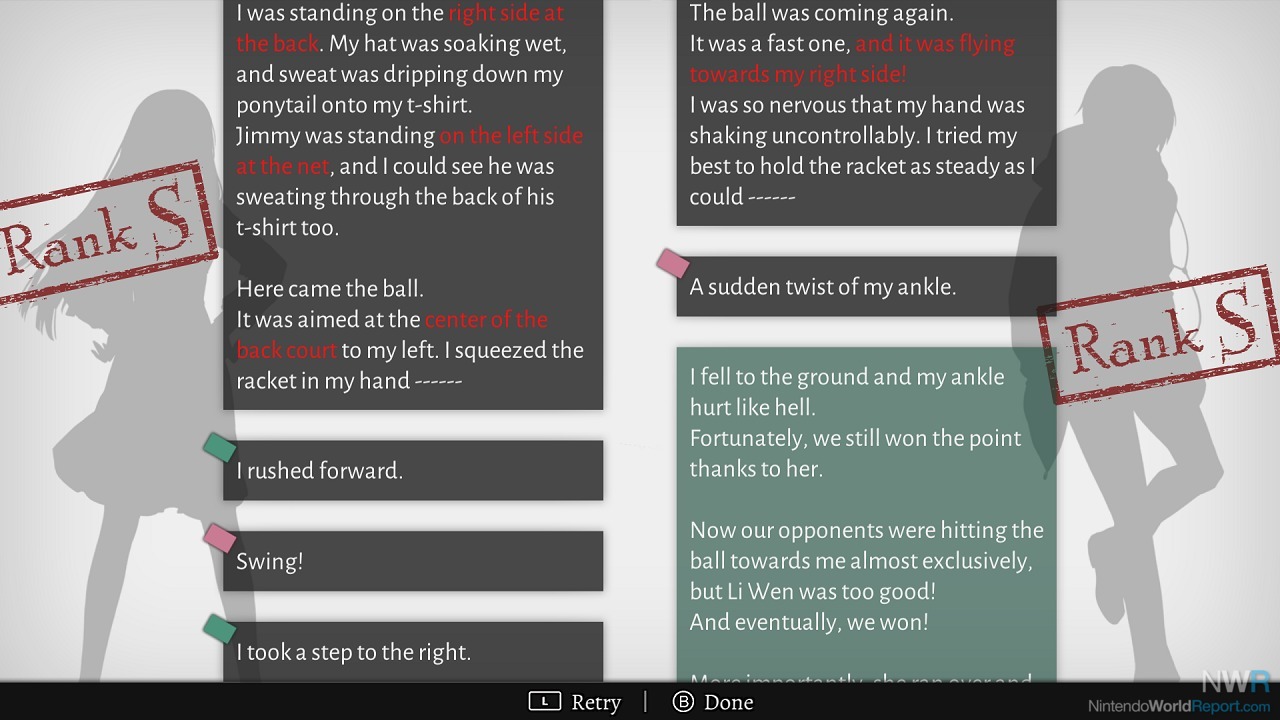 I’ll start with the bad news: there is almost no gameplay to speak of here. You are simply creating and re-creating endings for the characters by altering the details of events that happen to them. You are meant to use contextual clues in each letter to figure out what went wrong and then shift their actions around so that the characters are steered onto a different path. Each letter that you receive details a different situation that needs to be resolved before more letters will arrive, and achieving certain endings in one letter can open up possibilities in other letters. Put simply, what happens to one character can affect other characters. Each letter has multiple endings, some as many as nine, and you need to land on certain endings or return to old letters after opening up later endings to see all the possible storylines.

The characters themselves are fairly interesting, despite the fact that some of them are quite similar. There are multiple students and police officers, for example, but overall the stories are well-written and had me wanting to see how they wrapped up. The first epistolary writer you meet is Li Wen, a high school student who develops a crush on her new art teacher; another character whose fate you will decide is that same teacher. There’s even a cat named Spottie whose life you attempt to steer towards a happier ending. Disappointingly, you actually see very little of the characters or anything other than words on the screen. A handful of still images are unlocked as you play, each with a cool anime style, but it would have been nice to see extended scenes or clips of the various stories. Regarding the frame story, it starts out easy to follow but becomes really convoluted near the end, which sours the overall experience a little bit.

WILL: A Wonderful World features a Collections option on the main menu that contains music, albums that store the images and dictionary words you unlock, and in-game achievements. The music compliments the atmosphere and tone of each story quite well. I completed 81% of the game in my first playthrough, and I may go back to see some of the different storyline endings, but a trial-and-error type of feel pervades and cutting up and reorganizing the letters wears thin after a while. Even with the context clues written in a different font color, it can be hard to figure out exactly how you need to alter each letter to achieve a favourable outcome, and so I often resorted to just trying all the different combinations until I unlocked the ideal endings. 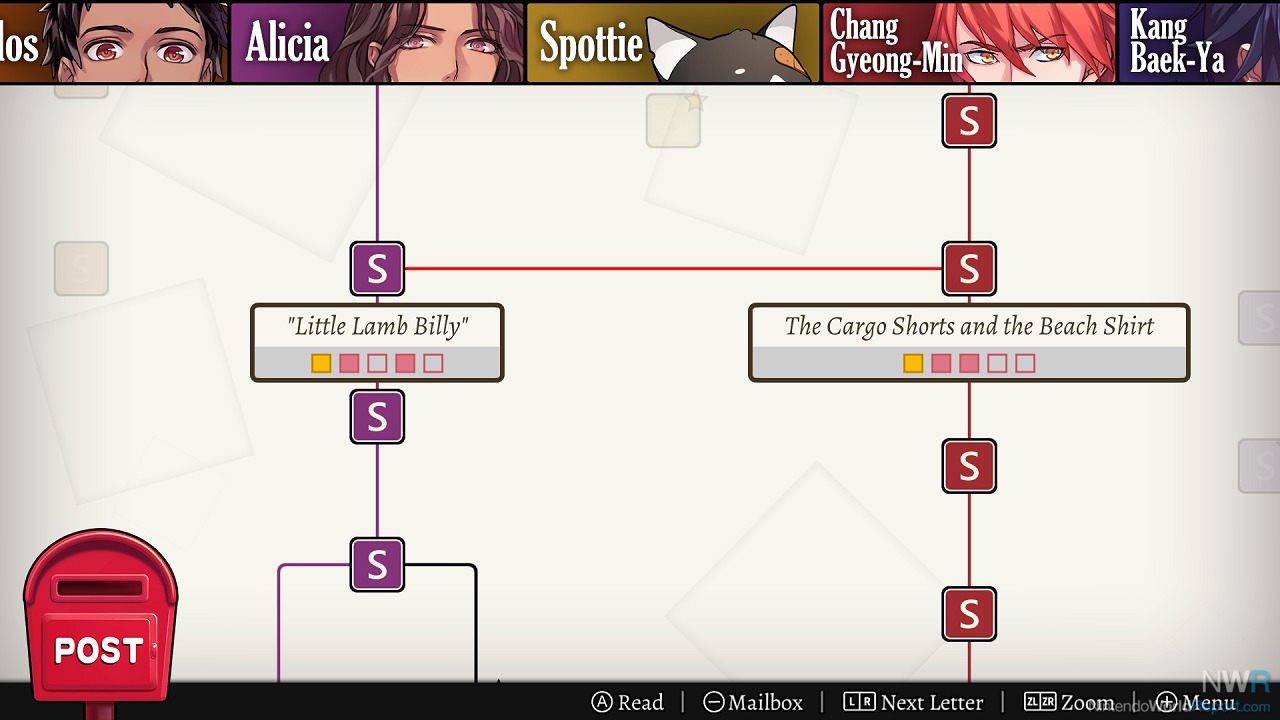 For avid readers and those who are interested in more mature-themed stories, WILL: A Wonderful World features hours of choose-your-own-adventure narrative content. I appreciate seeing more variety in the eShop, but I am left wanting the puzzles of the Professor Layton games or the courtroom battles of the Phoenix Wright series. Those games do a great job of combining story with gameplay. WILL: A Wonderful World has some effective, albeit dark, storytelling and a neat hook, but the gameplay is severely lacking. It also randomly crashed on more than one occasion, but fortunately there is frequent auto-saving. I did enjoy how the stories intertwined with one another, but there were also times when I wouldn’t get a letter from one character for hours and it would be hard to pick up where his or her story left off. Before picking this one up, be aware that it’s essentially a novel with multiple characters and various endings to discover to move the overall story forward. I’m thinking to myself: it is a wonderful world, but not necessarily a wonderful game.