Still well worth taking a dip.

Deep down, we all want to be luchadores, right? Masked identity, unbelievable high-flying moves, highly dramatized soap opera solemnity…what’s not to love? Mix in some Dia De Los Muertos cultural aesthetic and you’ve got Guacamelee from DrinkBox Studios. This Mexican metroidvania was first released in 2013, and it’s been an indie journeyman ever since. It has been worthy of its enduring popularity, so much so that you’ll be able to play the sequel, Guacamelee 2 on Switch as well in December. 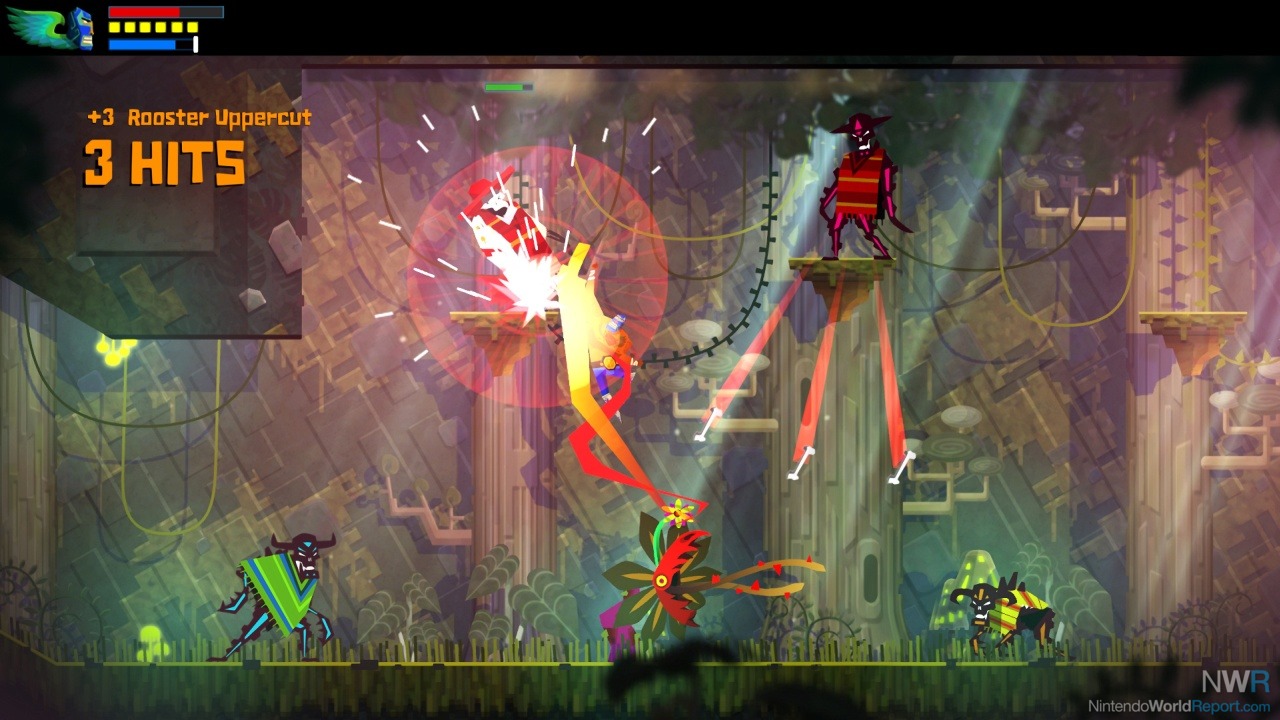 Guacamelee is a standard tale of a means-well agave farmer attempting to save his love from undead forces bent on world domination (there are some excellent bad guys that I’d rather not spoil, but, in two words: Flame Face), and only in death does he find his true power. Ultimately, it doesn’t even matter because while most of the writing lands (some outdated jokes are duds), the real magic here lies in the platforming and battle mechanics.

As the story progresses, so too does your arsenal of abilities, and while enemies become more complex, new talents and powers surface to match them. Fortunately, it all stands the test of time. The animation and action still look and feel great and there’s a pure pleasure in racking up high combo scores while beating back onslaughts of boney brigades. In fact, the platforming is surprisingly forgiving. A few platforming challenges require some razor-sharp timing, but the majority of falls (everything except lava) allow for a quick warp back to where you originally leaped from instead of instant death. So, would-be headaches are greatly limited and certain struggles become far more easy to overcome due to the friendly system. Couple this with a near constant ability to save at checkpoint shops littered all across the world and the entire adventure winds up being nicely structured and paced. 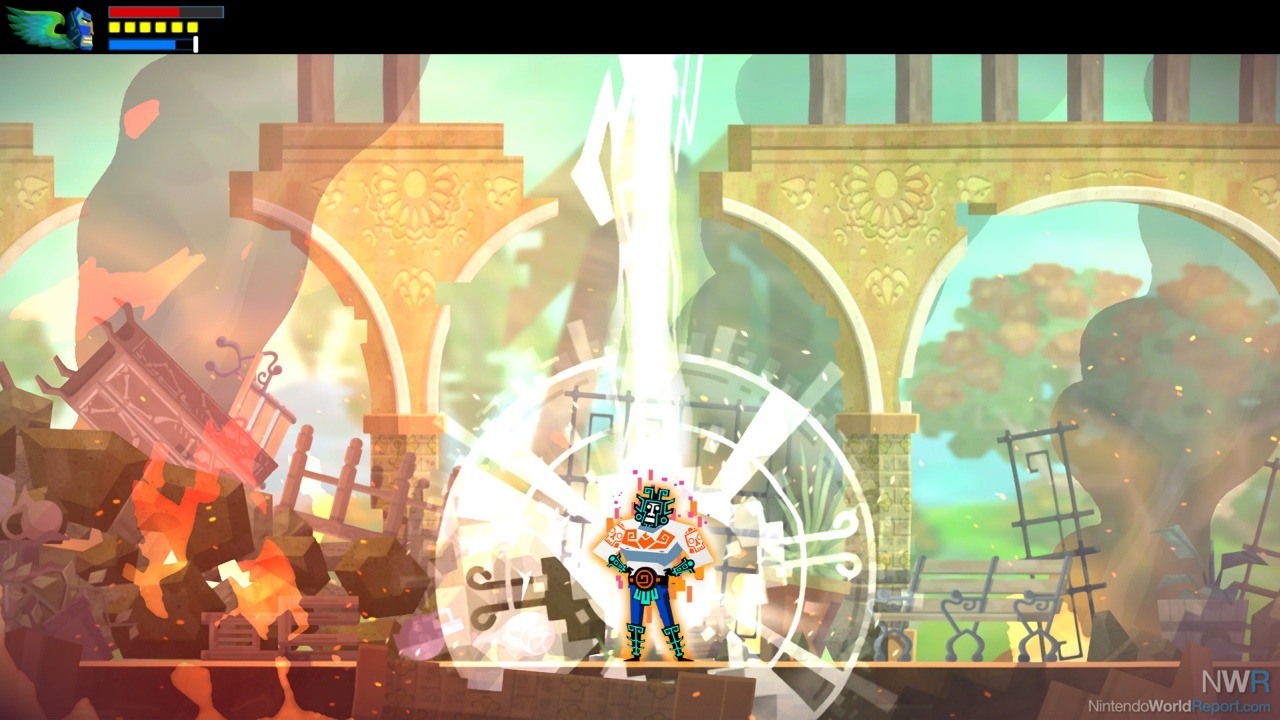 This version is the “Super Turbo Championship Edition” so it contains a great deal of content right off the bat, so you can relish the opportunity to try on several different costumes if playing as the beefy luchador, Juan, isn’t quite your cup of tea. And, with the possibility of 4-player drop-in co-op, the varied costumes allow everyone to have their own specific likeness (not just alt-colored Juans running around). That being said, at its core, this is best-played solo and while the multiplayer aspect is a nice addition, I wouldn’t place its co-op element as a defining feature.

The only shortcoming? You can wipe out the whole campaign in about five or so hours, and while there’s plenty of extra content to take care of afterward (a “good” ending, for example, should you nail all the requirements), not much is there to revisit after game completion. But, while it’s a short journey, it’s one very worth playing. Oh, and did I mention the game is littered with pop culture (especially video game) references? I won’t spoil them for you, but never thought I’d see a Super Mario RPG reference ever again.