Alwa's something there to remind me.

Alwa’s Awakening is yet another Metroidvania, a term that we have been inundated with this year, mostly for the good. Early on especially, the focus is more on puzzle solving than action, and the 8-bit aesthetic on display is reminiscent of a game like Shovel Knight, drawing on our nostalgia while also being more vibrant and detailed than anything we actually saw during the NES era. The story revolves around a girl, Zoe, who is summoned to another world that has been ravaged by the evil Vicar and his four Protectors. Zoe must defeat Vicar’s Protectors, who have each stolen a special relic from the land of Alwa. Along the way, you collect magic abilities that allow Zoe to create blocks and bubbles and shoot energy balls that can be used to solve puzzles and reach new areas. 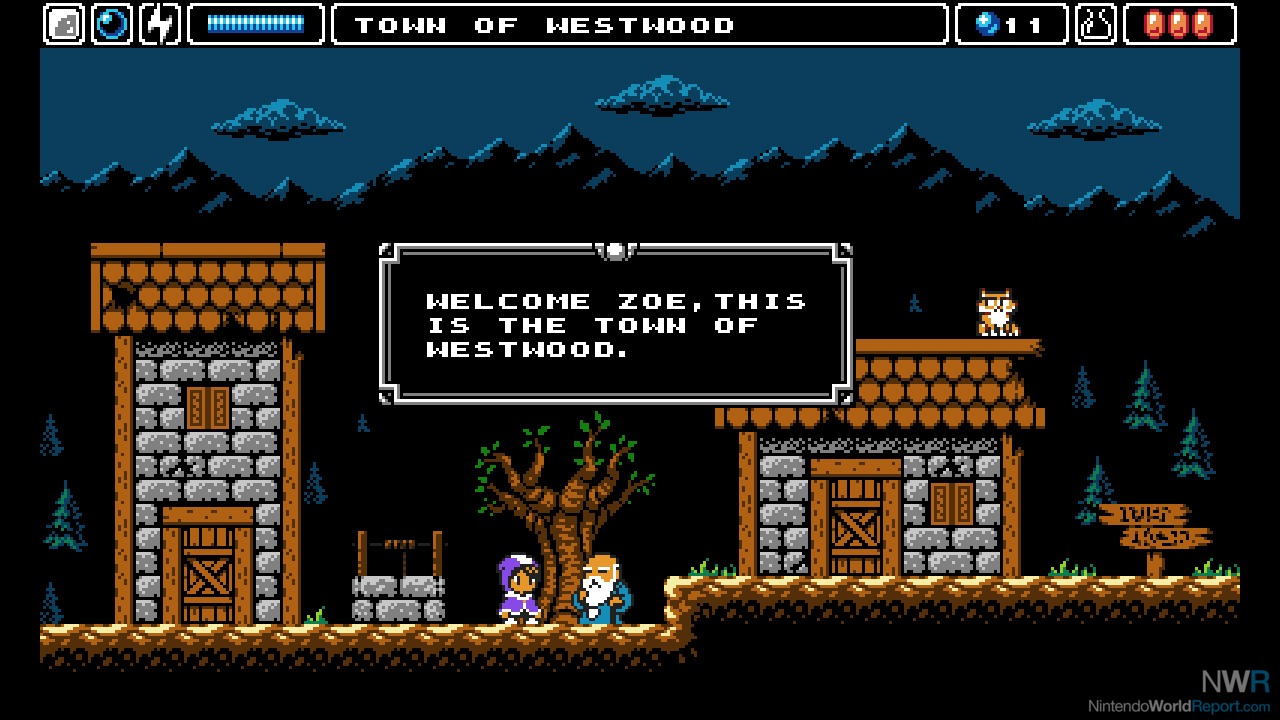 The map is divided into more than a dozen sections that house save points and warp zones to find, items to collect, and bosses to fight. When you are first given the map, it only denotes bosses with skull icons and is otherwise empty, but it fills in as you explore each area. Pressing the + button brings up your map and inventory screen, and under the map you can see percentages for how much of the map you have filled in and how many items you have found. The sense of progression here is great in that you are constantly rewarded for exploring, and not just in seeing these percentages increase. For example, 99 blue orbs are littered throughout the land to collect that help you during boss fights, and many of them take strategy, skilled platforming, or a keen eye to acquire. They are completely optional, but help you take down Vicar and the Protectors by dealing damage to them at the beginning of each fight.

In terms of presentation, Alwa’s Awakening very clearly draws inspiration from Castlevania and the Adventure of Link. The outdoor areas contrast vibrant greens and blues against black backgrounds, and dungeons follow the shape and construction of those from Zelda II, all the way down to the elevators and locked doors. Every area on the map has a unique music theme, which makes travelling the world more enjoyable; you’re never hearing the same tune for too long. While none of the tracks are particularly outstanding, they do fit the aesthetic and simplicity of the game quite well.

Zoe’s only move at the outset is a really floaty jump, which is a double-edged sword. You can sometimes save yourself while falling because of how slowly you float down, but dodging projectiles and ceiling spikes is definitely trickier. After finding a magic wand, you gain a short-range melee attack, which is your only tool in the first dungeon. In that dungeon, you acquire the ability to create a single block that can be used to reach higher platforms or to block enemy fire, and you’ll gain two more magic spells, and then upgraded versions of two of them before the game is done. Overall, the game is really responsive and controls well, but later when you have to use X to cycle through your spells, Y to melee attack, and Up and Y to cast a spell, I found it easy to make mistakes with my button presses. It might have been nice to map spell casting to a separate button.

Taking roughly 8-10 hours to finish, Alwa’s Awakening is a fun title that adds new mechanics regularly that allow you to explore and delve deeper into an ever-expanding map. While it doesn’t reinvent the wheel, it is extremely polished and nails the retro vibe it aspires for. The game is fairly challenging, and includes some sections with ever-frustrating fake walls. On the positive side, an optional assist mode can enable quick respawns, allowing you to restart a room after dying instead of returning you to the last save point. Assist mode also has options for indicating items and health-restoring wells on the map. 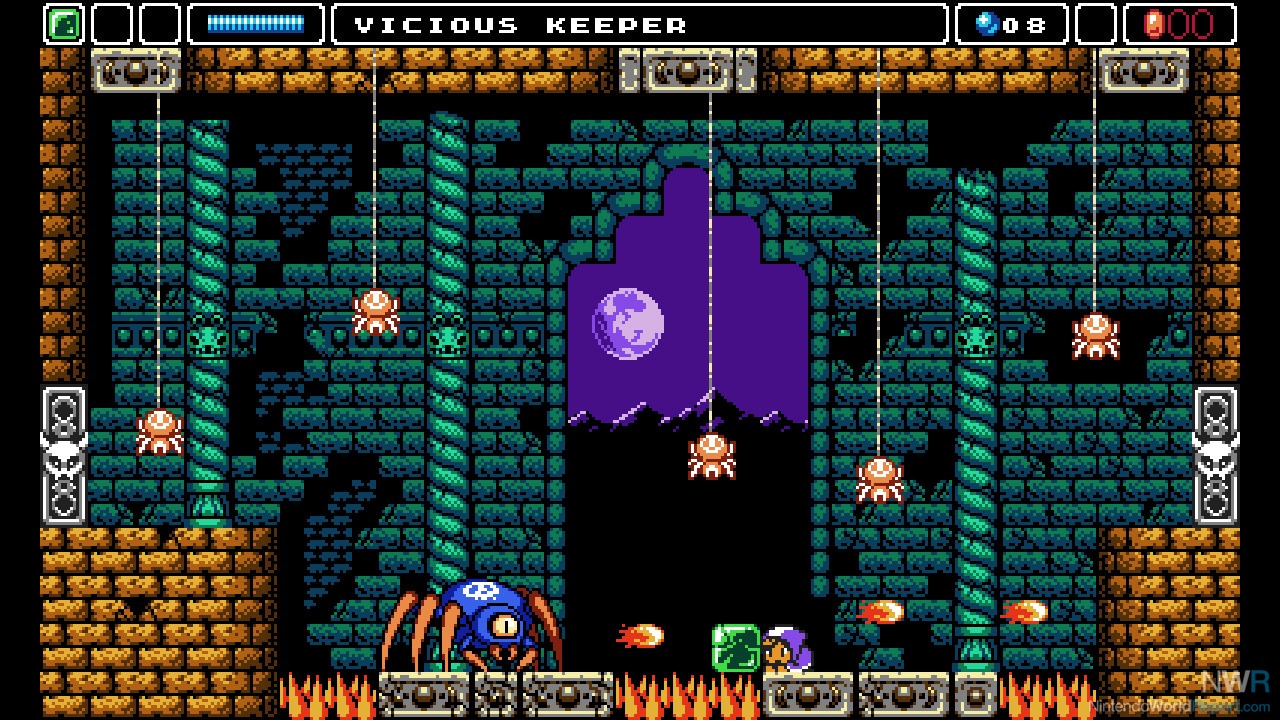 The boss fights range from pretty easy to dozen-death difficult, but the real joy is in thoroughly exploring the map, seeing heights you can’t reach and doors you can’t open and then returning later with newfound powers that enable you to continue your adventure. Alwa’s Awakening is a great investment for those who grew up with old-school Castlevania games or those who prefer Zelda II to The Legend of Zelda. It’s not fast-paced or action-packed, but it has plenty of nostalgia and is well-suited to those who prefer jumping to shooting, spell-casting to sword-swinging. Well, how can I forget you, Zoe? When there’s always another Metroidvania to remind me.