3D puzzles and a side of color, at your service.

From the get-go I was equally unsure of what to make of The Spectrum Retreat, and interested in what it had to offer. It seemed to have an intriguing art style, with vibrant colors accenting white mannequins. After spending about 7 hours solving puzzles and unearthing the mystery I was in, I am pleased to say that The Spectrum Retreat was a colorful treat. 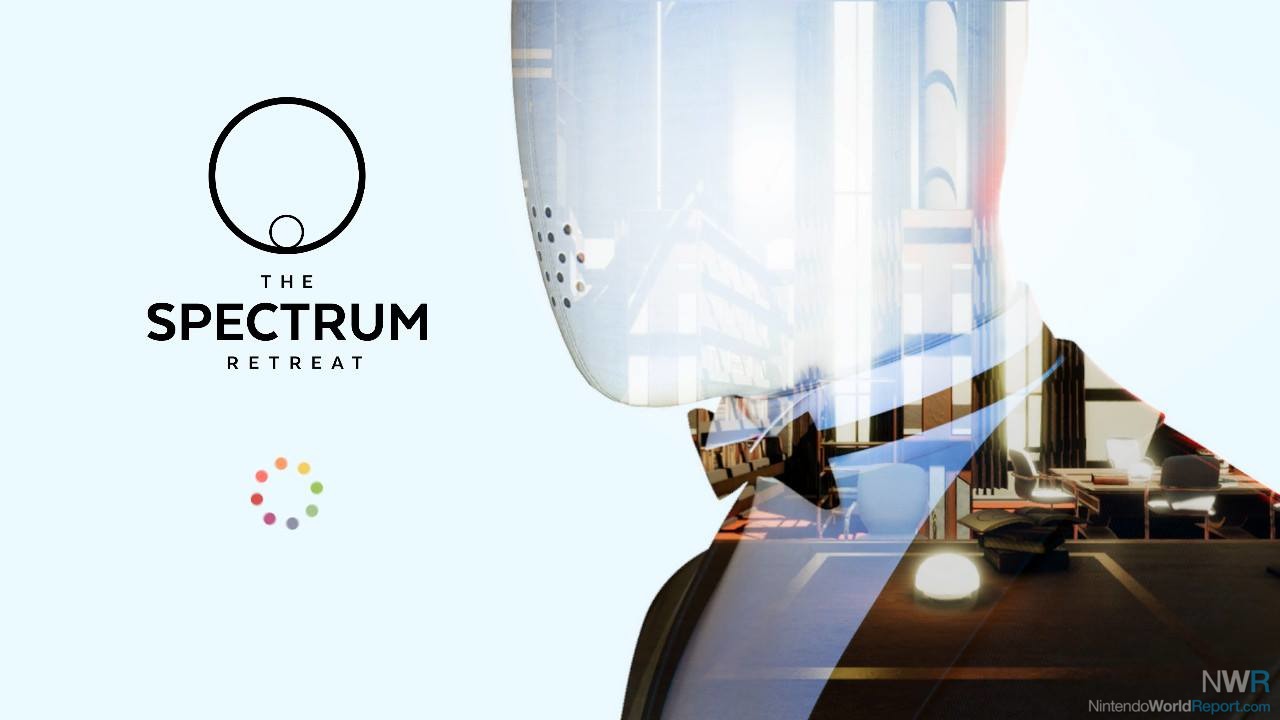 It felt like there were two games being played throughout the course of The Spectrum Retreat. The first, which is narrative-focused, is where you start. You wake up in a luxurious hotel, called The Penrose, manned by mysteriously polite mannequins clad in tuxes, ready to tend to your needs. Its halls immediately indicate some off-putting feelings, such as the looping corridors, the robotic conversations from the soulless robots around you, to the blurry photographs and isolation felt in the hotel. You’re alone, clearly. But there is a staff that is very focused on you. You learn quickly you need to get out, and befriend a person named Cooper, who is going to assist you in escaping. I won’t spoil where the narrative goes, but the set-up is interesting. I was a little disappointed in the conclusion, though. The emphasis on the narrative was exciting, but as I approached the conclusion, I felt that I was losing interest in the characters because all of them were as faceless as the white mannequins that were standing around the hotel. The story’s ending makes sense, but it ended up not being the component of this experience that stuck with me. 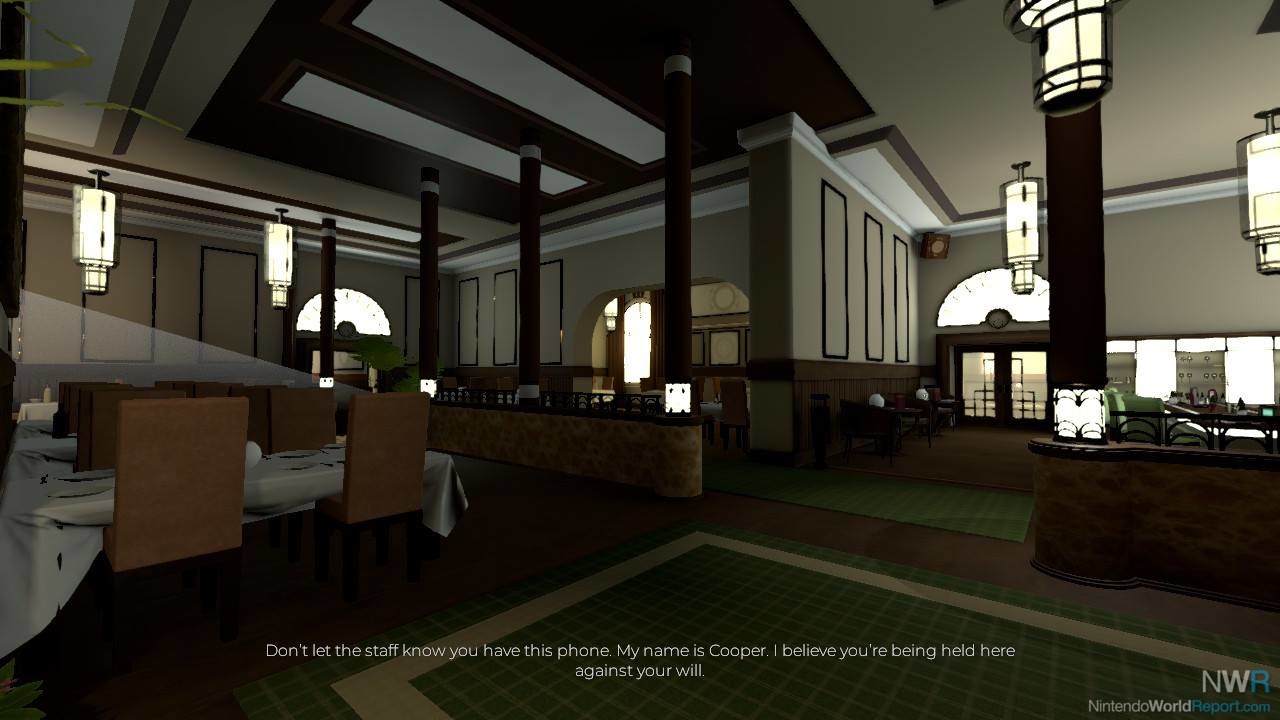 The second game being played, is introduced when Cooper asks the player to hack into the hotel by completing various “Authentication Challenges”. These challenges are independent 3D room puzzles, that utilize the player’s ability to teleport and use colors. The color mechanic is the primary form of solving puzzles: you have a single color stored on your person, and you can swap it for a different color in the world around you. These colors are all stored in cubes around the levels. Having a color with you will open up any barriers matching that color. These barriers can be bridges, doors, walls, etc. The idea here is that you use the colors to get to the exit in the challenge room. There are some Portal vibes present; 3D puzzles in first person, a simple mechanic used to get to the goal. That said, Portal focuses a lot on physics-based puzzles, whereas The Spectrum Retreat is glued to having players figure out how to micro-manage the colors in the room they are in. All in all, the puzzles are not that hard to get through and some are very quick. The entire experience is short, but what adds to the time is that in the later levels a mistake can force you to redo the entire room. This makes sense because the puzzles are about controlling the color placements, but it was fairly frustrating and limited experimentation in fear of screwing up and having to start over. In the final challenge, I had to restart many times simply because I was close to the end, but put myself in a position where I couldn’t proceed. Some sort of checkpoint system would be handy, though it wasn’t detrimental to the experience in the long run. It just made the journey longer than it needed. 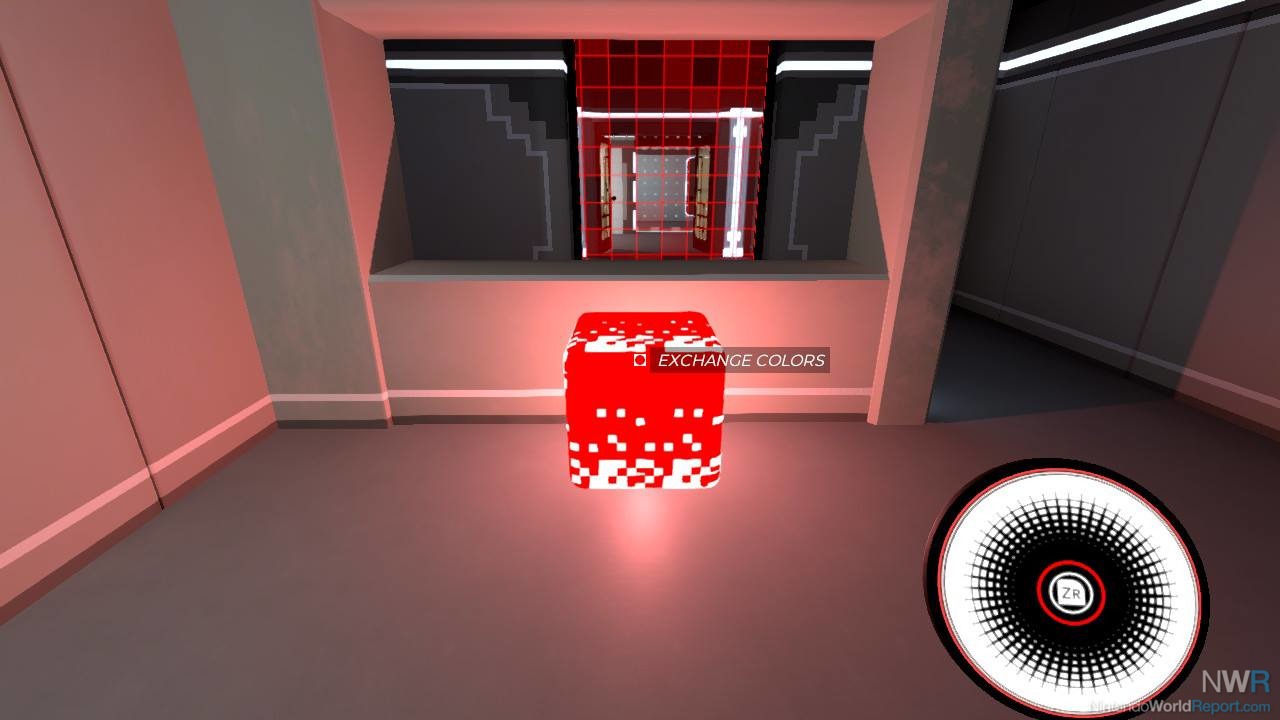 After switching between solving puzzles and returning to the hotel hub, I picked up on that the hotel is really just some contextualization for unlocking new levels. Upon this realization, I slowly lost interest in the hotel-side of the story. Exploring the hotel is unrewarding. It’s linear in design, and Cooper ends up taking me to each component of the hotel throughout the course of the experience. A lot of the narrative is provided in reading material, such as newspapers, letters, journals left around the hotel, etc. It’s nice to have as supplemental backstory, but felt required in order to understand the story. Everything spoken is voice-acted extremely well. Cooper, the primary voice talking to you, was a major stand out. The sound design is safe, and peaceful, very relaxing to play with. I will say that in handheld mode, headphones are a must, because the audio was far too low for me to hear properly. 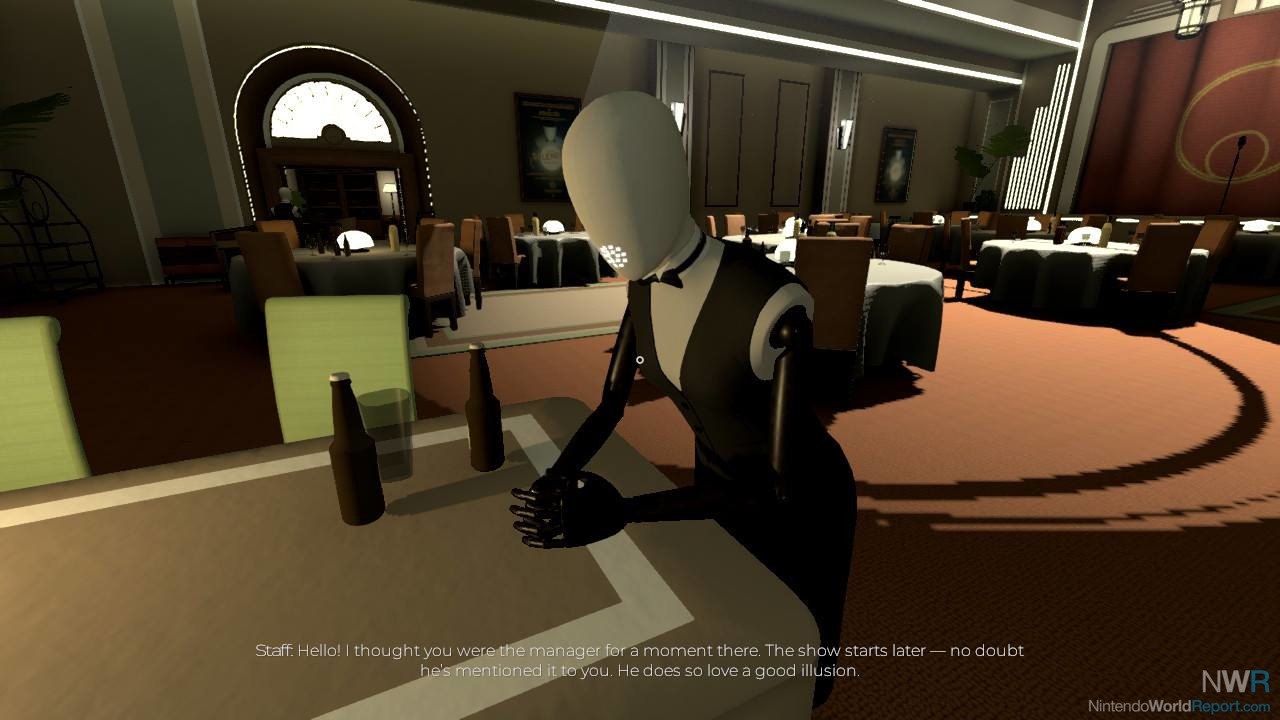 I do want to praise the art direction and style used in the environment and effects. The effects used in swapping colors are very slick, and the hotel’s design is fun. Models are reused a lot, but everything looked really well-made. Having bright colors, contrast with the dark, futuristic setting of the challenge rooms worked really well. And that in itself contrasted the hotel’s design nicely. It did add to the division of the two types of games present. The lowest point was the shadows of some of the models in the hotel, looking a little rough, but honestly this was not a big deal. Everything visual about The Penrose was fun, and a good thing too, since this whole ordeal is about colors! There are several different color-blind modes as well that augment the colors to a grayscale, and scales for Tritanopia, and Deuteranopia/Protanopia. 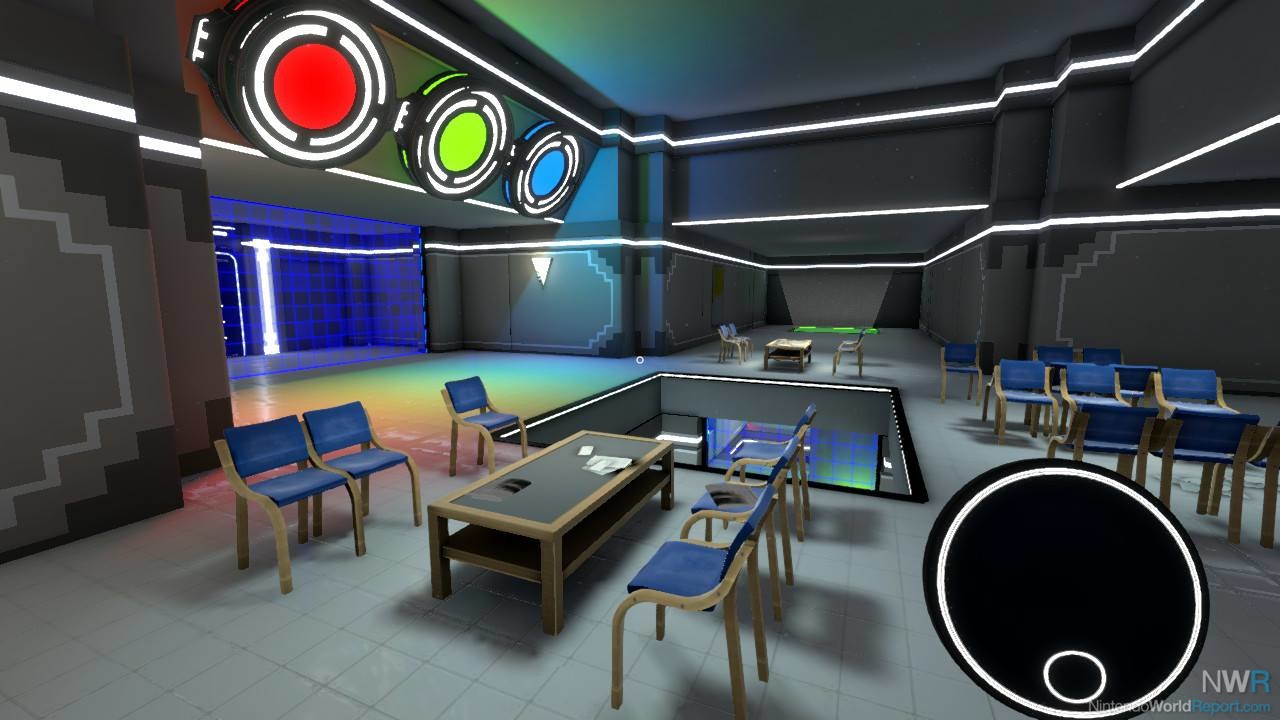 Some final notes I have, are that I don’t really understand why there was a jump button. The jump itself was not high, and the 2-3 times I actually had to use it were to get up some bigger stairs that could have just been a ramp, or to get a better aim at something to teleport to. And, when climbing those stairs, it took multiple attempts to get proper footing (It honestly felt like I was “Skyrim-ing” my way up). Also, when my cursor was above an interactable object, like a document or target, it was a little finicky on letting me select it. There was one puzzle in particular, 4_06, where I broke the game and fell through the floor because of having to use the jump to target something midair. I was able to reset, but I was very confused on how the solution to that puzzle was acceptable. Thankfully, this was a one-time occurance.

As far as replayability goes, you are asked to restart from the beginning after completing the game. It’s disappointing that there isn’t a level selection feature, for levels unlocked. If you can replay puzzle levels, then this title offers a fair amount of challenges to come back to, so long as you don’t recall the solutions. But, those challenges are all in the later half of the journey, so getting to them will be a chore. I think all of the concepts here, warrant a sequel, that I would gladly come back to. A few tweaks here and there, would assist in the overall experience, but all in all I recommend checking into The Penrose for a few puzzling nights.