Not quite the Dark Souls of procedurally generated, first-person-shooter roguelikes.

Having your game considered truly challenging was something that many developers would have aimed for just a few years ago. Today though, every other game that comes out is “the Dark Souls” of its genre. While some may try to use this to describe Polygod, I think that comparison does a disservice to Dark Souls. Polygod does not have the tight controls of the Souls series and often left me feeling like there was something lacking. 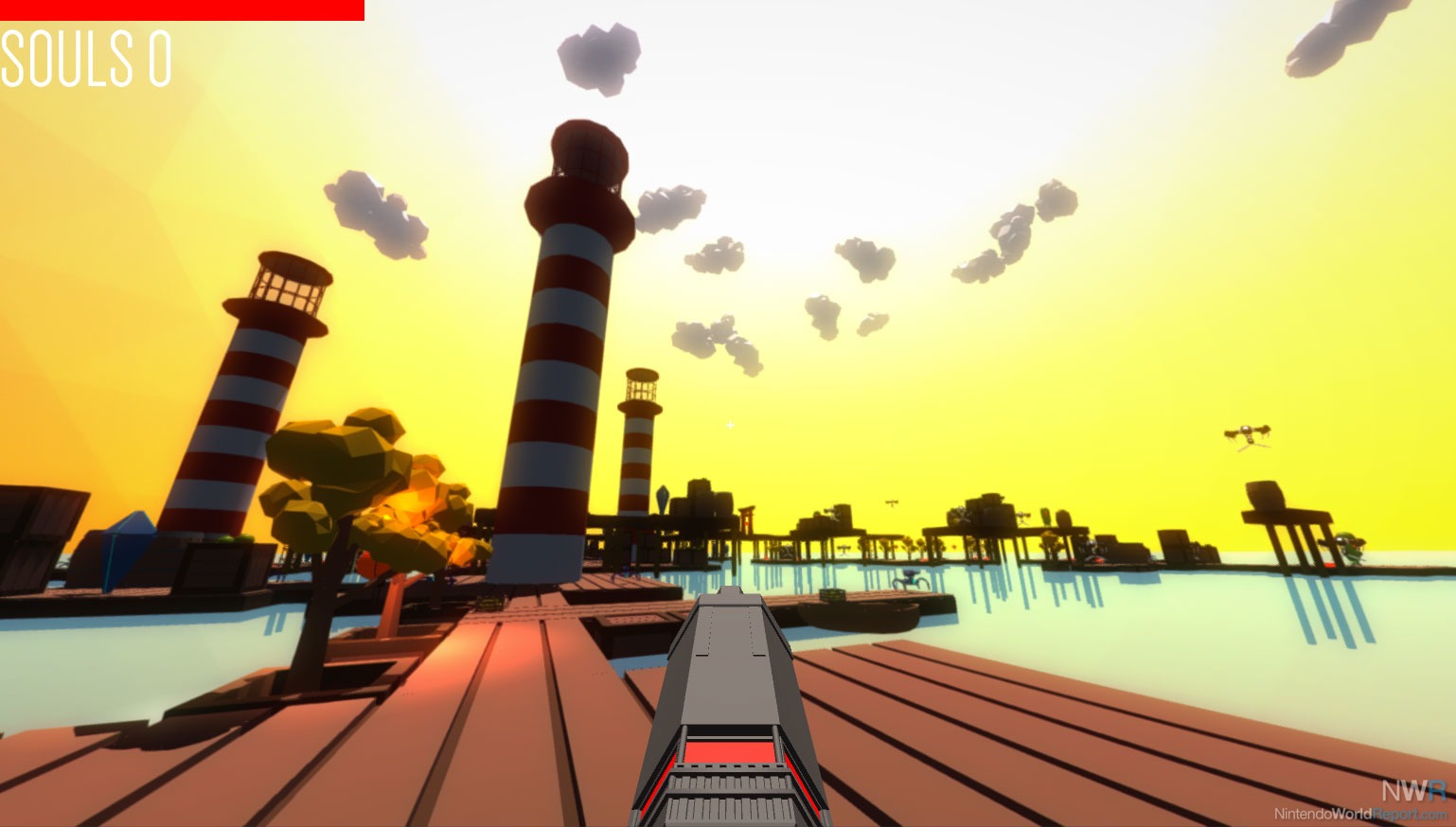 Polygod prides itself on being an extremely hard game with a steep learning curve. This procedurally generated, first-person-shooter roguelike is a mash-up of many different types of games, but does not do any of them very well. As a shooter, the controls felt too loose. Even with gyro aiming turned on and sensitivity tuning, I never felt like I had precise control over my movements. The roguelike part plays in with the ability to use the souls of vanquished enemies to buy upgrades for your gun. While this seems cool in theory, with upgrades that split your bullets, freeze enemies, and more, the controls often made me feel like I needed to focus exclusively on damage and rate of fire upgrades so I felt like I could more consistently hit enemies. 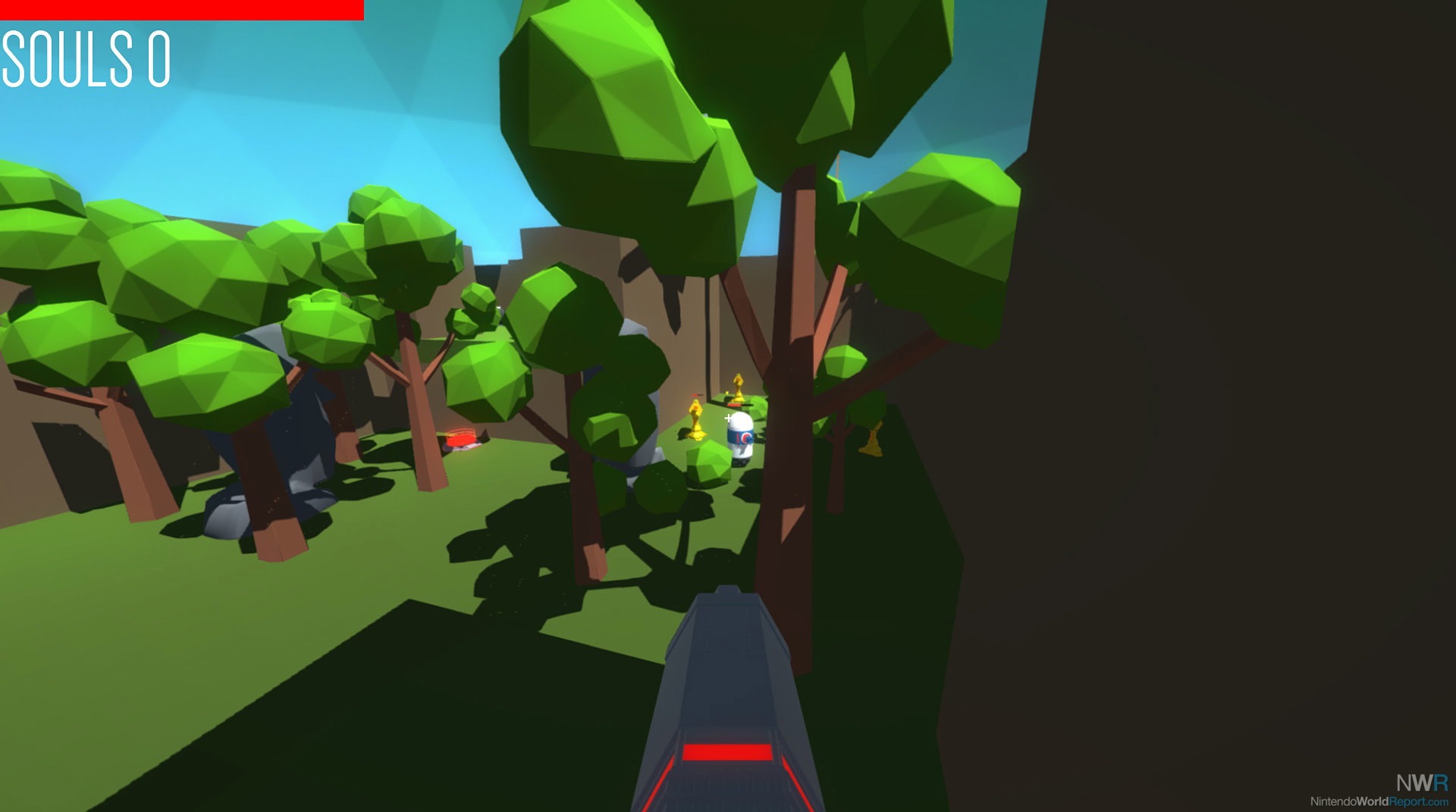 A few aspects work well. Running on a seed system means that each time you start a new game, you get a seed code that you can send to a friend or write down for another play. This allows some consistency as it will allow you to play and become familiar with the same level over time. The aesthetics are simple but consistent and used to create a world that is interesting to look at. While I did feel shoehorned into certain upgrades to be able to go far in any given round, exploring and experimenting with upgrades can be fun as long as you aren’t hoping to progress too far.

While there are some interesting aspects of Polygod to explore, I more often wanted to just stop playing than go back in to explore more.

Yeah, the game advertises itself as hard so I was immediately wary. I don't trust games that treat "hard" as a selling point.