Into the Breach (Switch) Review

Into the Breach is developed by Subset Games, makers of the indie darling FTL: Faster Than Light (Switch when?). Like FTL, Into the Breach is a tactical strategy game with roguelike elements, but the key difference between the titles is that Into the Breach is strictly turn-based, while FTL is played in real-time. Like the three mechs you control in the game, Into the Breach dropped (into the eShop) out of nowhere, but don’t let the lack of buildup fool you. This tough-as-nails title absolutely deserves your attention. 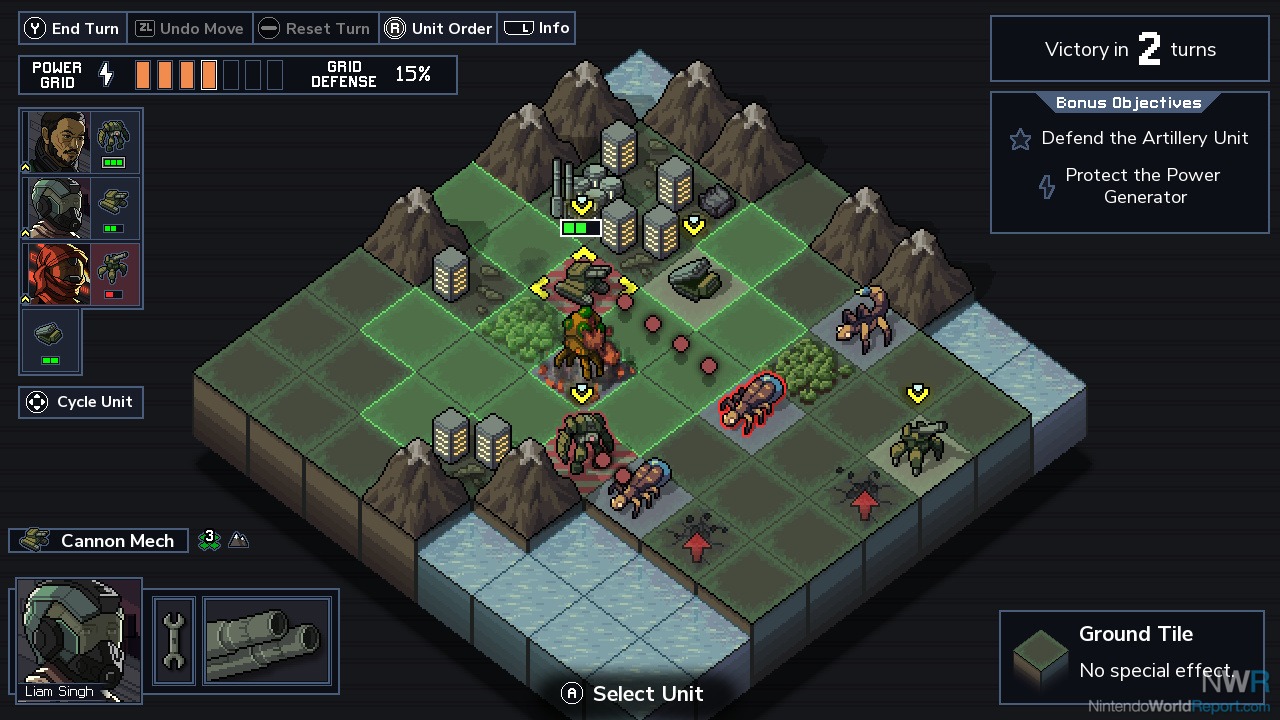 The core gameplay revolves around defending island settlements on an 8x8 grid while surviving an onslaught of alien creatures called the Vek. On a typical map, you try to last about five turns while wave after wave of Vek attempt to destroy either the civilian buildings that power your mechs or your mechs themselves. The Vek take the form of spiders, worms, scorpions, and similar-looking bugs, and you end up seeing the same ones frequently over the course of a playthrough. However, they can have different attacks and abilities that you may not have seen before. The hook of Into the Breach is that each playthrough sees randomized enemy patterns, island layouts, and map objectives, but each time your team is wiped or your buildings suffer too much damage, you lose basically all progress and must start from the beginning of the game. You are allowed to keep one of your mech pilots and any experience points and levels they may have earned, but that’s not the most valuable thing you’ll carry forward.

The game’s tutorial teaches you how to play the game, but it doesn’t give you much in the way of strategy, so it is likely that many of your first runs through the game will result in utter failure as you learn the intricacies of how to succeed. Strategies such as covering up enemy spawn points, making use of hazards on the map, and pushing enemies into their comrade’s line of fire are vital to progressing further and completing a run. Ultimately, at the core is player choice about how to proceed and which objectives to complete. There are four starting islands with different maps and geological factors to consider, including your standard ice and desert locales. You eventually unlock the ability to begin a new game on any of the four islands, but every time you play you can go to the final boss island after completing just two of the four islands. However, you miss out on the chance to power up your pilots and mechs and your final score will be lower if you rush to the fifth and final island. 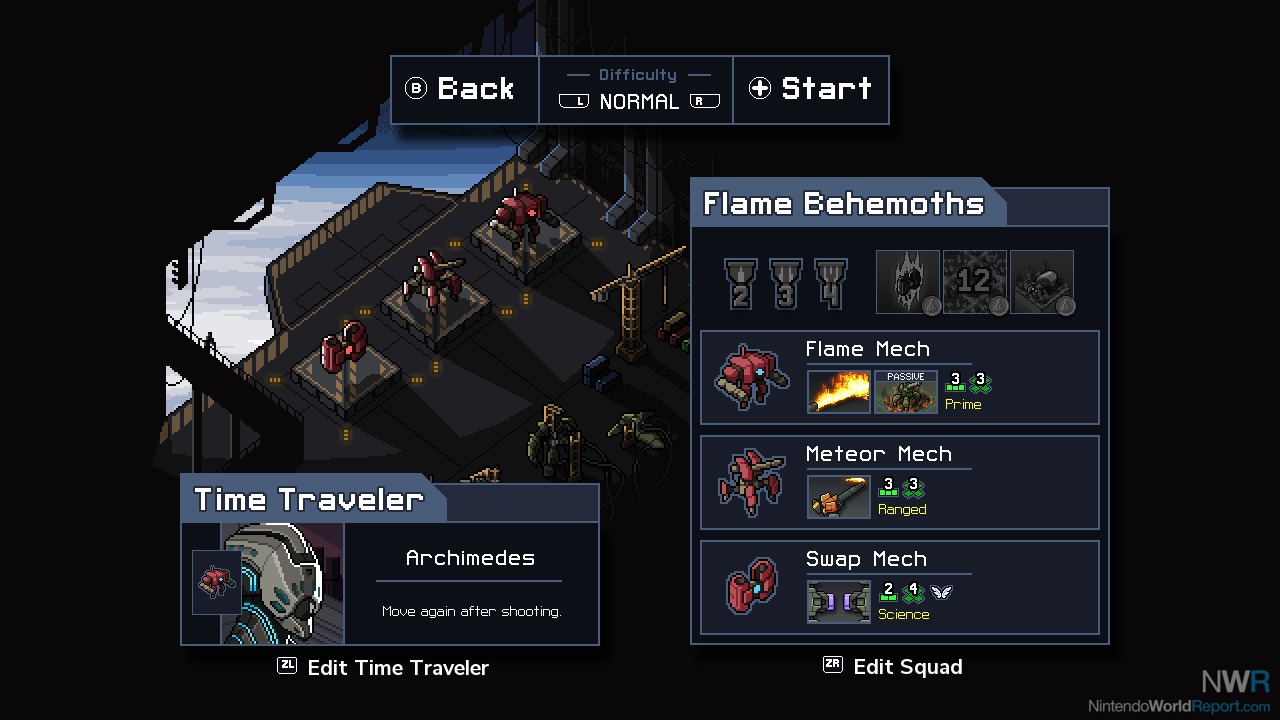 Into the Breach offers three difficulty modes, and the normal difficulty setting is likely to give many players a significant challenge. After a number of crushing defeats, I turned the difficulty down to easy so that I could progress a little deeper into the game and learn more about how the different islands worked. After completing a run on easy and unlocking a few achievements, I had earned coins from the achievements to purchase new mechs, which come in sets of three. There is a wonderful sense of accomplishment in pursuing the various basic achievements and special achievements that come with each set of mechs as different mechs have unique abilities and playstyles. Trying new pre-set mech groupings, having the game randomize a set for you, or building your own team is really fun and adds significantly to the replay value of the game. I have since gone on to complete the normal difficulty a handful of times using a variety of mech teams, and each playthrough really does feel different and engaging.

The story reveals that the titular breaches of the game are portals that allow pilots to travel back to the past, and this time travel neatly explains the randomization of the game. Each time you fail, you hop into a breach and return to a time before the Vek have completely destroyed the world. There are over 50 achievements to work towards, 12 pilots to recover, and 7 mech squads to purchase, and it will take dozens of hours to accomplish these feats. After that, because of the random nature of the game, you can still customize your own set of mechs, play through ever-changing maps, and set a new high score (effectively based on the number of buildings that you protect). All in all, Into the Breach is a challenging but rewarding game that begs to be played by those who enjoy strategy and tactics games. The game can be enjoyable for more casual players, too, but there is likely to be a fair bit of frustration, at least initially. As well, the basic gameplay itself doesn’t really change over the course of each run: guard buildings, kill Vek, and try not to die in the process. The randomized maps and objectives add variety, but you will need to appreciate the subtle changes that the islands undergo in each run. Undoubtedly, one of the best features of the game is unlocking new mechs and creating your own squads, and it is that element that will keep me coming back to the game. Hop into a breach and pick up this game yesterday, soldier. It’s Vek-hunting season.