Another RPG slides on in...

In a day and age where no one has time to sink into a long RPG, it’s shocking to me how much time I spent playing Squids Odyssey when a different eight-legged RPG is a hot product right now; I tried with that joke… But seriously, Squids Odyssey has an abundance of awesome content, much more than I could complete for this review. An average run through the game takes about 30 hours, and I have put in 12 so far. It doesn’t venture much outside of the core RPG gameplay. There is turn-based combat, experience points, grinding, upgrades, weapons, gear customization, etc. There’s no overworld, as this title is level-focused with challenges. There are text-based cutscenes pushing the plot forward through the 8 chapters, each containing about 20 levels. Yeah, a lot to play here. Story wise, the game starts off fairly simple. You have a few squid friends: Steev, Vahine, Sammo, Clint, and others, and they are threatened by the likes of a mysterious dark force in the ocean. Black sludge is invading your home, and taking over the sea life. I wouldn’t say it’s the strongest pull of an experience for an adult because it is geared for a much younger demographic. That said, I think the storytelling is done well in terms of the simple dialogue reaching those who want an epic narrative told in a simple fashion. 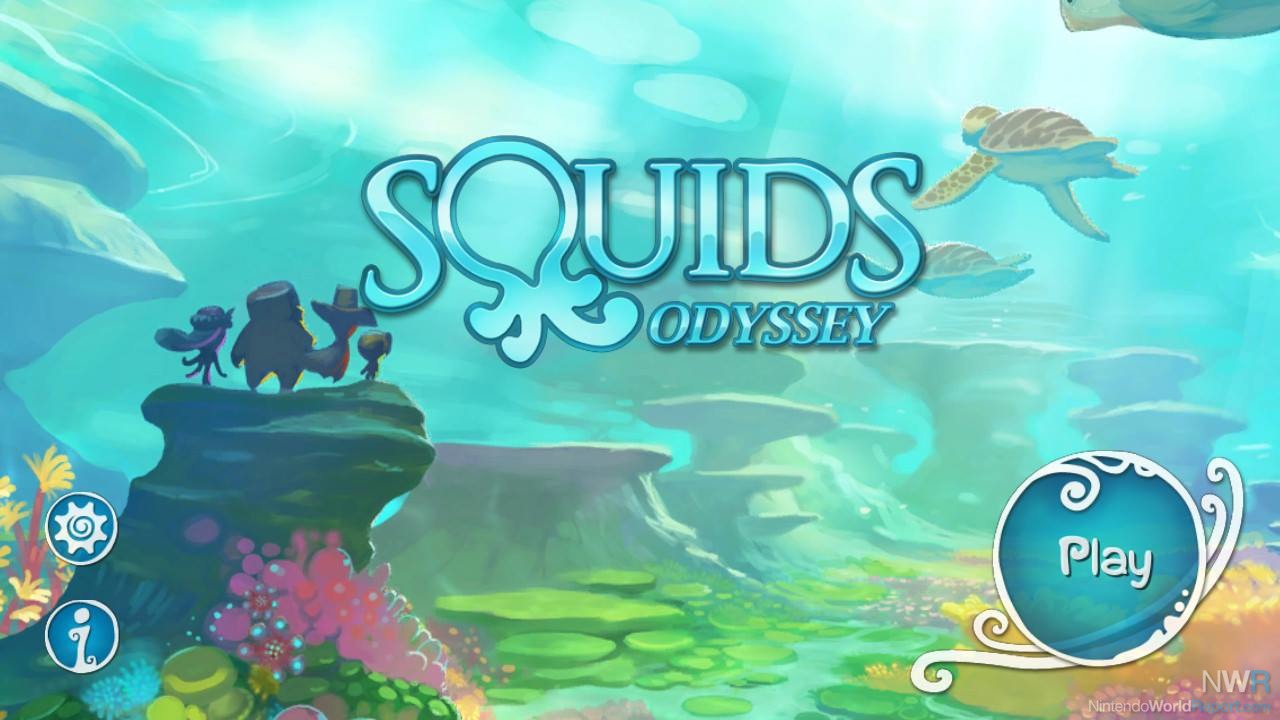 The crux of the gameplay is the combat that spans from the beginning to the end of each level. Rather than choosing one attack or pressing a command at the right time to cause more damage, Squids Odyssey’s combat is top-down with full interactivity. The player stretches their squid squad and slings them across the arena, bouncing off of other characters and inflicting damage on enemies. It’s a very cartoony, physics-based type of combat, not far from the likes of pool or billiards. I enjoyed this combat system because it wasn’t repetitive; every battle and situation was different. This level of interaction surpassed the time-based combat attacks for me, which I generally prefer over classic strategy RPGs. Occasionally, I had mixed feelings when the enemies spawned in what seemed to be a randomized setup, but upon getting a game over, I found that the enemies had spawn points and I could tell where they were going to show up in relation to where my own squids were. 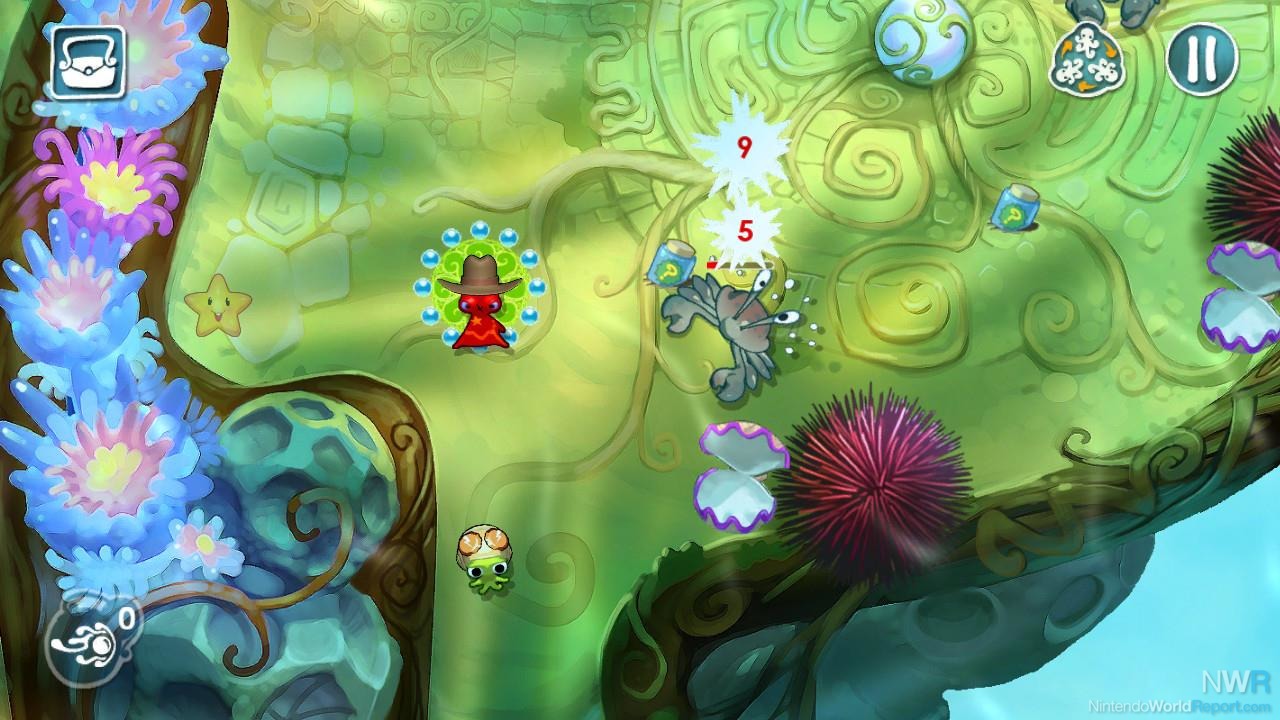 The gameplay and the upgrade system compliment each other as expected from an RPG of this sort. It is fairly standard that there are customizations for characters that are recruited. Apart from cosmetic changes, there is equippable gear that provides stat boosts to strengthen your characters, which makes the experience more immersive and deep in terms of strategy. Some characters can be slung twice, while others can heal; there’s a tank character and a shooter, your standard classes of RPG party members. But the way the characters handle in a sliding-based game refreshes the approach to their abilities. Heal a fellow party member by flinging a squid into them, or smash a group of enemies within the radius of your blasts using a heavyweight squid! 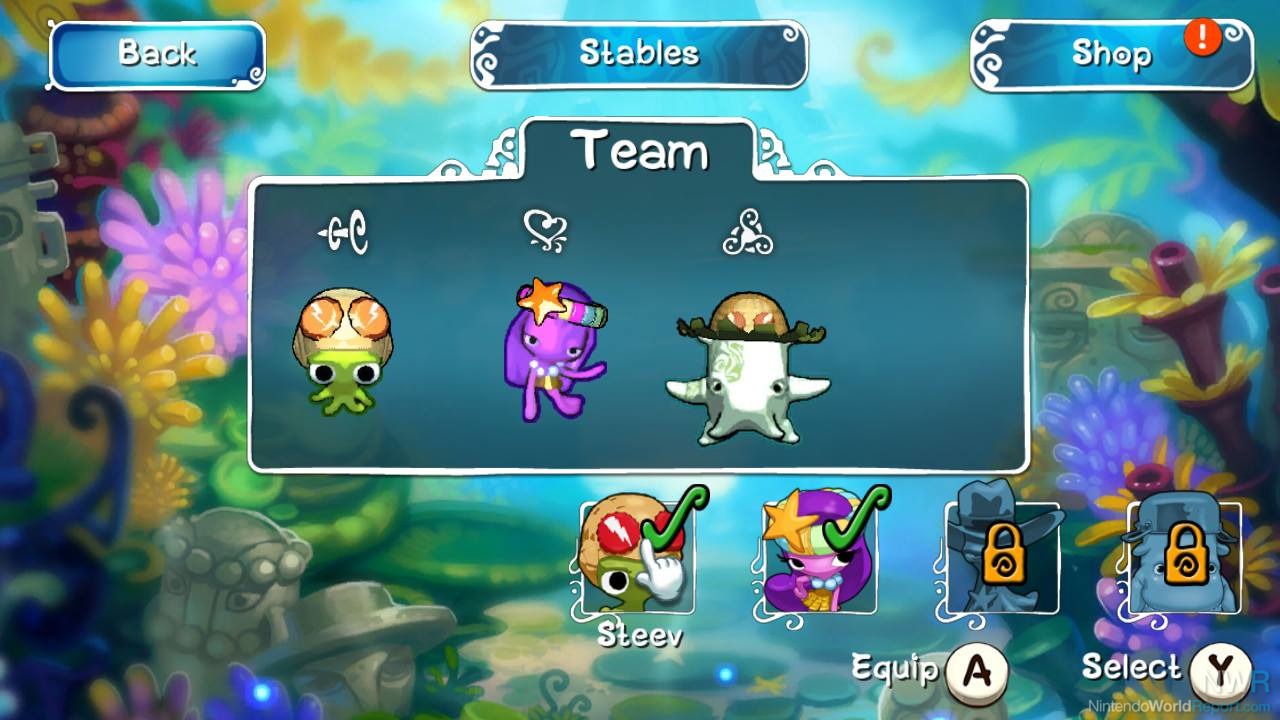 Aesthetically, the underwater world is presented with colorful art, each area appearing as a hand-drawn digital piece. This was one of my favorite parts of the experience of playing Squids Odyssey. There is something really enjoyable about fluid artwork that has a vector-based quality. This art style is unique in that it stretches with the character models, which could easily be done with 3D models as well. Environments don’t vary much from the world of the ocean, that I could see, but everything looked great, and the game did get creative. Sometimes you were at a coral reef; other times you were on the back of a sea turtle. The music is chipper, with a fun sound design that revolves around what a squid might sound like being pulled and slung around the surface of the levels. It’s a light-hearted, fun, and whimsical soundtrack that is designed for the tropical setting – a great summer game. 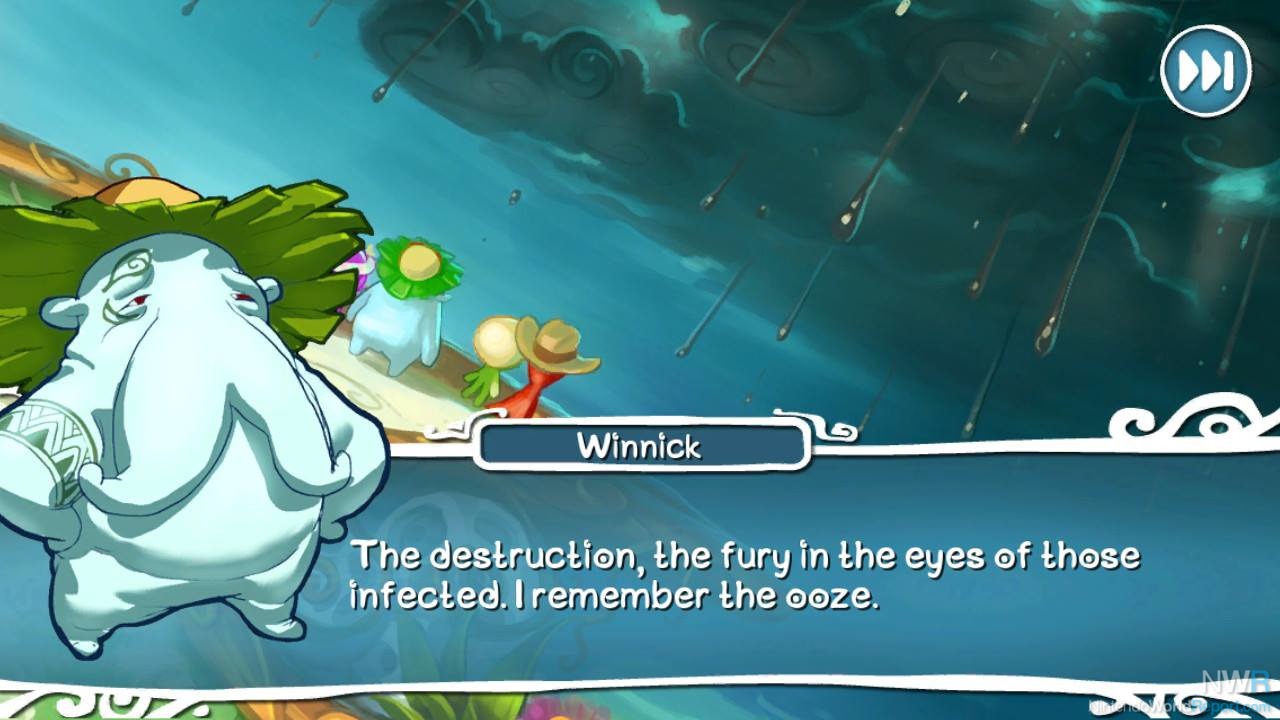 So where do I find faults? There aren’t many. Just a handful of nitpicks. I wish the boss fights were a little more complex or creative. Repeated boss battles that don’t evolve in a new way are disappointing to me. Another gripe is that the boundaries of some cliffs in the stages, or the “edges” of the arenas, aren’t defined very well. There are clearly drawn cliffs, but sometimes if your squid lands too close, it will slowly slide off, forcing it out of the match or damaging it. I am fine with this mechanic because it plays to the billiards-style gameplay, but I just wish the boundaries were a little clearer so I could strategize more around how far I should sling my squids. You can play handheld on the touch screen if you’d like, which was my preferred method. But the sticks on the controllers work well, too. I preferred the touch screen because Squids Odyssey felt like an iPad game. It felt more engaging and precise to actually pull back the squids and launch them on the screen like Angry Birds, as opposed to carefully pulling back on the joysticks. Squids Odyssey has a lot of great content available to play from the get-go, and it’s a really fun summer title to keep coming back to in the midst of all the other heavy hitters.