The Princess is back!

Nicalis has a deep library of games that are being remade for the Switch and the next one up is former 3DS hack-and-slash exclusive Code of Princess. This title is absolutely made for mobile gaming and the fresh HD look, rebalanced gameplay, and ample amounts of content make this the definitive edition of the game.

Code of Princess EX is a beat-’em-up-style action game. Every mission starts with a brief piece of the story and then you are placed in a small environment where you are tasked with completing certain objectives. Each level is presented on a three-level plane where you can move left and right and also jump to the foreground and background. Gameplay wise, each button maps to a corresponding attack, which if the timing is correct can be connected to a combo. The quests themselves are short and sweet, as most can be completed in less than three minutes. You start with Princess Solange, who is at the center of the story. She is a balanced character but some attacks tend to be slow, which make sense since she has one massive sword. As your progress, over 50 characters are unlockable and useable during the adventure and can be switched up after each mission is complete. Each character is unique and has their own strengths and weaknesses, plus they all have great designs. It’s nice to have the ample amount of characters to play around with as the combat can get a bit stale. 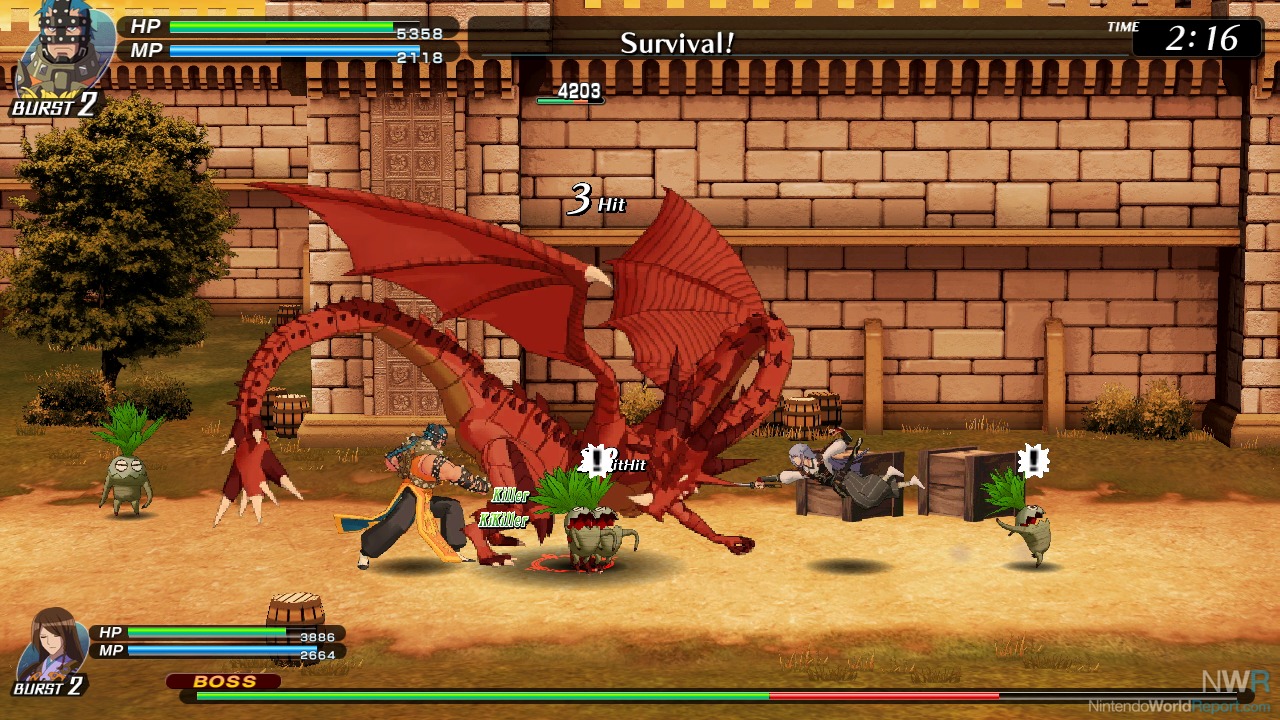 The story takes place in the Kingdom of DeLuxia as they are under attack by the evil queen. In the midst of protecting the royal sword Deluxcalibur, Princess Solange gets thrown into the battle. She is the last heir to the throne and it's up to her to protect her people. One thing I wished that had been included in this remake is an option for an English voice over; it is not a deal breaker, but would have been a nice addition.

The fresh coat of paint and the ability to play this on a TV screen really helps this game out. As it gets harder, and the enemies become more numerous, the additional real estate is appreciable. Most of the story is played out in single-scene discussions where one or more characters talk about what to do next. These look nice, however I did notice some odd jagged edges when looking at the characters in the background of these set pieces. It kind of looks like they were plucked right from the 3DS and did not get a touch up. This was a minor inconvenience as all the environments, characters, and anime cutscenes have been beautifully crafted. Once the action kicks in, the animations are smooth and crisp. 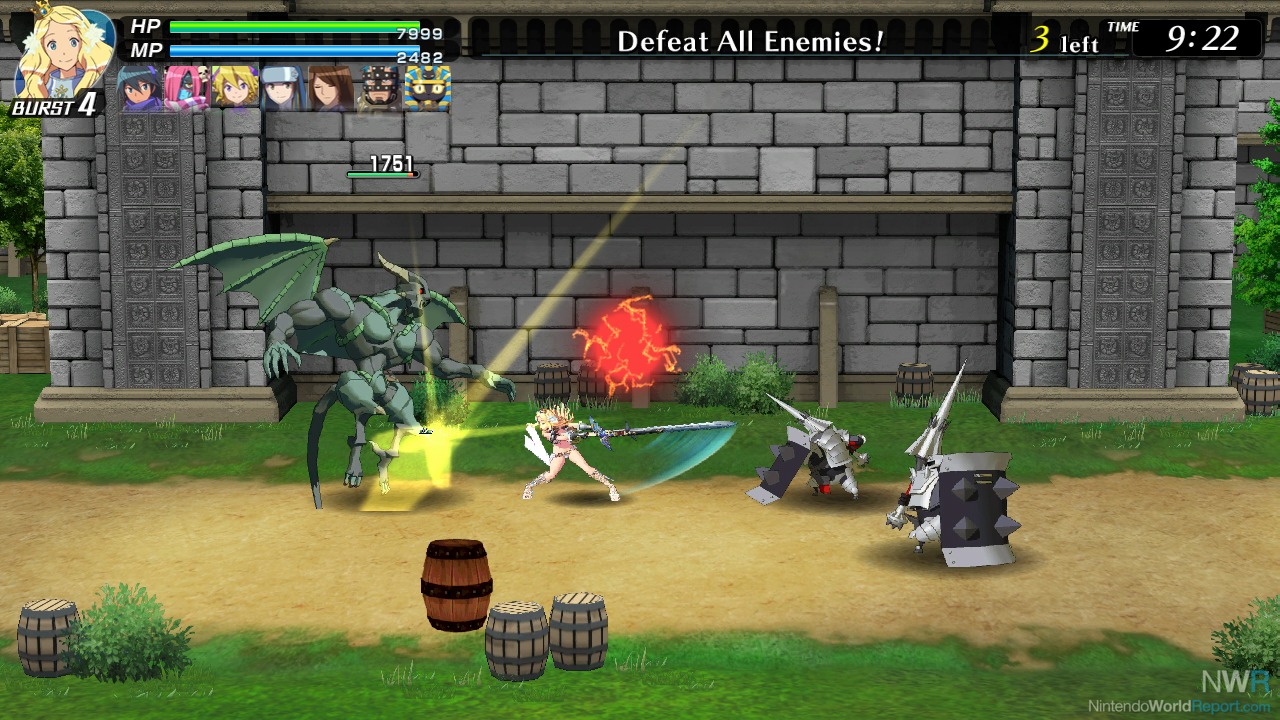 The cherry on top is the multiplayer. You can play the entire campaign in co-op locally and online (At the time of this writing the online portion was up but nobody was in the lobby, so I will add in some additional thoughts when more users are connected). I was able to test out the local co-op and it is quite fun. Each person can pick a character that was unlocked and use them for the full game or can jump to another character after each quest. As you progress in the main story, bonus quests become available that you can attempt to get more gold and to help level up your characters. All quests can also be replayed again as well using any character that you had unlocked. Along with the co-op, another competitive mode is available where you can pit your leveled up characters against other players. This mode is fine, but it ends up being more of a basic fighting game when it all is said and done.

Code of Princess EX is a wonderful remaster of an already great game. The rebalancing of enemies and heros makes it easier to pick up and play and the ability to play on a TV makes the HD graphics really pop. If you had missed this on the 3DS, and are a fan of anime, do yourself a favor and pick this title up.