Not your ordinary rhythm game. 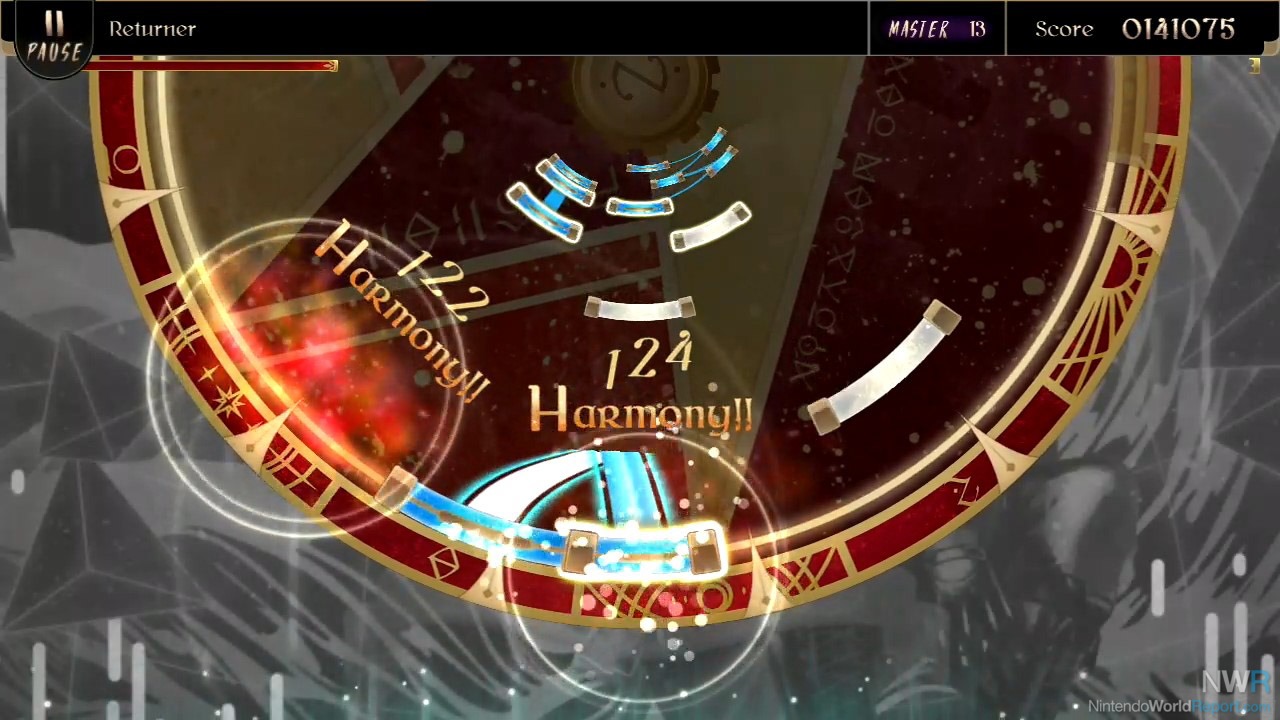 If you’re looking for a new way to play with your Nintendo Switch, Lanota brings something interesting to the table. While still a basic rhythm game at its core, it stands out with unique gameplay and a curious storyline.

Whereas most rhythm games focus on notes streaming down your screen (à la Guitar Hero), Lanota’s notes emanate from the Tuner: a circular playing field that moves during the song. Growing and shrinking, partially drifting off the screen, and even twitching around, the whole orb moves in sync with the feel of each particular song and adds an extra level of challenge to the game. Each song can have three different types of notes: touch with the beat, “catch” notes where you can leave you finger in place until it hits the edge, or swipe notes (either up or down depending on color). Inputn is strictly through touchscreen, which can be a bit tricky if you don’t have a solid surface to put your Switch on as two hands are required to hit all the notes, especially when a note requires you to hold it for a while as others continue to stream outward. 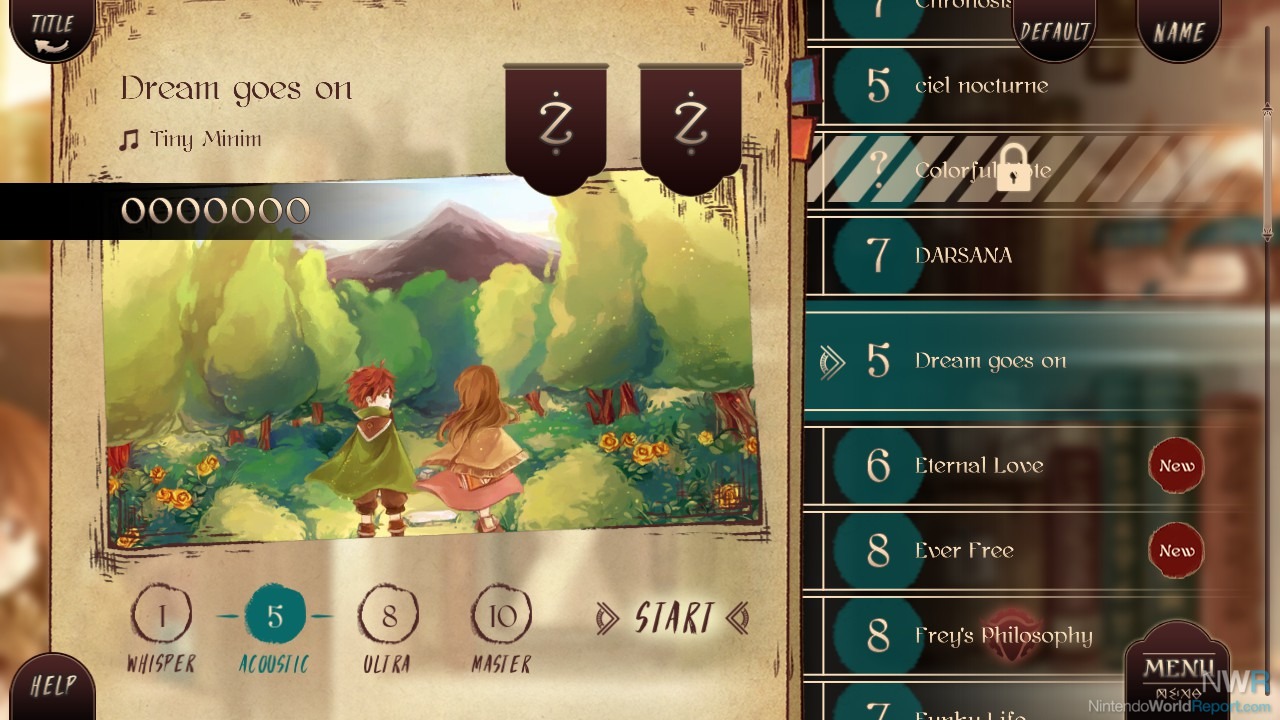 Lanota contains over 70 songs to choose from, with many available right away once you’ve completed the intro. It was originally a mobile game, with most songs only available as paid DLC, so it’s nice to have everything in this version. The playlist contains the usual J-Pop fair, but also a good selection from other genres such as rock and trance. The songs are fully fleshed out numbers that are all distinct and professionally produced. They’ve done an excellent job syncing the gameplay to the songs, especially as the difficulty increases it really feels like you’re part of the music.

A lot of customization options are available to help gamers play at their ideal level. Beyond the initial difficulty choices available on each song, you can make it more forgiving by overriding the fail option if you miss too many notes. You can also increase the speed of notes traveling to the edge of the circle if you’ve somehow defeated Master mode and want more. Just keep in mind that Lanota is very strict with the beats, which for experienced rhythm gamers should be no problem, but those starting out might wish for a little leniency as they get used to the beat. An easy solution for this would’ve been to use the Switch’s highly praised HD rumble feature, but this is oddly absent from the game. 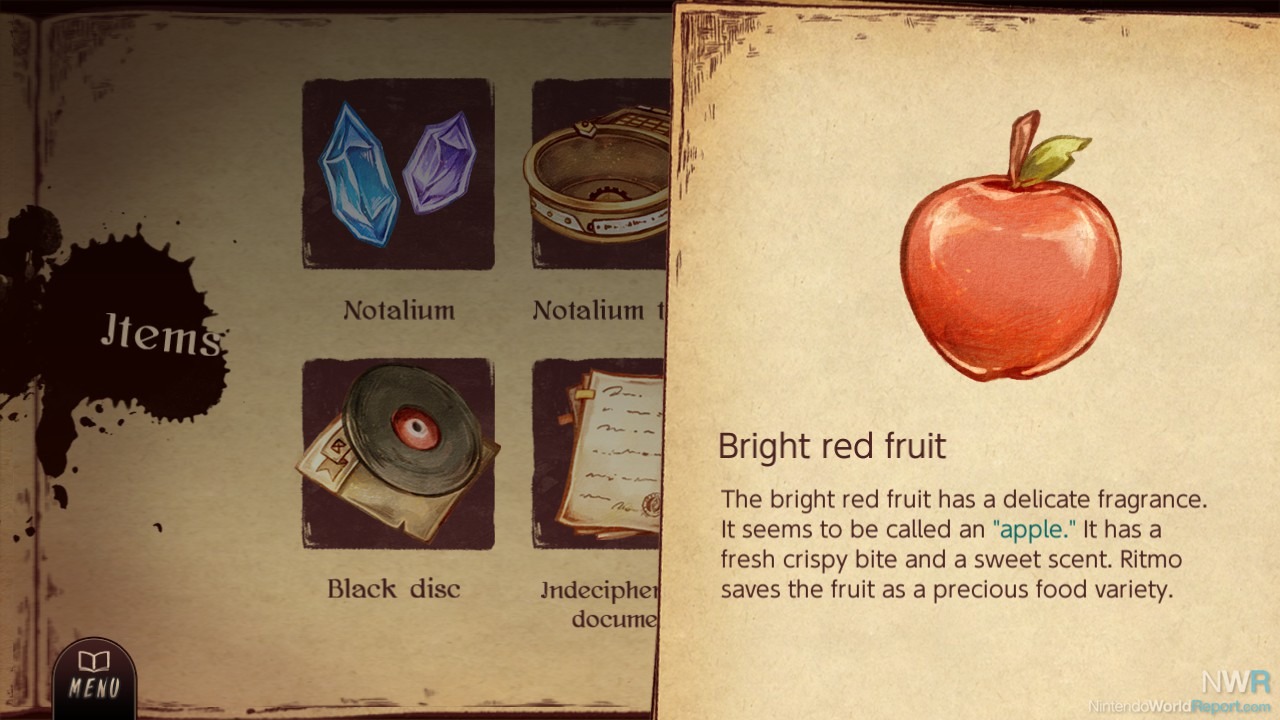 However, beyond the main gameplay, Lanota falls short. Players are introduced to a unique story as they learn the ropes, but continuing the story is a confusing process. With each song, players unlock another page, however, there isn’t a specific order to go in which means you’re left with partially complete chapters while you keep playing in hopes of getting the next sequential page by chance. Items also seem to drop sporadically and have no bearing on any part of the game. Some other small sections are included like an image gallery that, again, doesn’t really add much to the game and seem to randomly unlock. This is a glaring distraction from the main game since it takes up most of the menu and becomes basically meaningless rather quickly. The beautiful artistry and intriguing world they’ve created for the two main characters just become a frustrating weight that seems to only pay off if you’ve completed every song and go back to read the story in order.

Lanota is the perfect rhythm game for the Switch platform. It utilizes the touchscreen well and mixes up a genre that can get stale from game to game. Each song brought clever ways of utilizing their Tuner setup that kept things interesting as you played through the extensive list of songs. While anything beyond that was a letdown, if you’re looking for a solid game with fantastic tracks, Lanota doesn’t disappoint.