A classic game revisited time and time again, yet still adored by many.

Another World is one of the most wonderful trial and error adventures of our lifetime. It requires an unrelenting focus on details and exploring every option possible. Over the years, I tried several versions of this game to the point where I know the route from inside out. You might be asking yourself: why would you play this again? Well, because it manages to be remarkably entertaining every single time. There is a tense feeling that something can go array at any moment. It’s a drive that is stitched in its DNA and I enjoyed every minute of it yet again.

This 1991 adventure relies on atmosphere, which is something it hasn't lost even in 2018. You are Lester Knight Chaykin, a physicist working on his particle accelerator experiment. Before it can even be deemed successful, lighting strikes the underground laboratory and Lester gets transported to an alien world with no idea on how to return. Together with a humanoid pal named Buddy, they try to work together and escape from the hellish trials that await.

Another World tells everything through its sound and visuals, and the gameplay is just the tool to give it on-going action sequences. This will see you running, jumping and attacking through the mysterious landscapes of the alien world. Outside of your standard actions, there are elements that simply aren't told to the player. These need to be figured out on your own to make any sort of progression. A direction may be hard to come by at first glance, but you will come by a solution eventually. This is where the trial and error gameplay sets in, which can cause frustrating moments. Even with all the knowledge in the world, it simply doesn't want to bail you out now and again.

Another World is a shorter experience than you may think. Even if you fail fairly often, it won't take you more than an hour or two. My runs are usually 30 minutes these days, so I did play it a couple of rounds purely out of personal love. This version of Another World is based on the 20th Anniversary Edition released in 2014. This gives you two visual styles, various difficulties and the ability to change the audio settings to a large extent. While it wouldn't give you a reason to keep playing it endlessly, it does make for a version that feels complete.

Another World remains an utterly brilliant game. No matter if you use the classic or modern visuals, the game has a true alien feel to it. In addition, the trial and error gameplay is as addicting as it was those many years ago. While the game is extremely short, I did find myself continuously loving how the production value stayed intact. That is something worth celebrating.

I once played a port of this on my old Nokia 3230. It seems interesting, but I never got it very far.

Played through this many times on the old 3DO. It's kind of like Dragon's Lair mixed with an adventure game (or I guess what you'd call a cinematic platformer these days). This seems like a ripe genre niche for indies to jump on. A hell-house movie you can fully master. If you were warped to a nightmare alien planet, you would probably indeed die within a minute.

Do we know if this game is getting a physical release yet? I thought I heard that it was...but now I'm not certain. 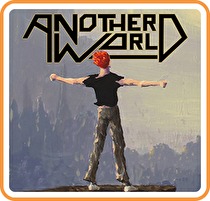