Every adaptation of the mind’s interior seems to take a vastly different take on what it would look like, and how it would operate. Inside Out, Herman’s Head, Fight Club, Eternal Sunshine of the Spotless Mind, and even that episode of Teen Titans with Raven’s personalities! All of them share the concept of what the inside of the brain looks like, and how individuals make choices. Figment, falls beautifully into this “genre,” but plays off the nature of the player discovering how the mind works by repairing it and warding off dangers. Generally speaking, it’s a cute puzzle game with some thought-provoking concepts, but doesn’t push the envelope in terms of innovation by any means. It certainly wasn’t trying to. 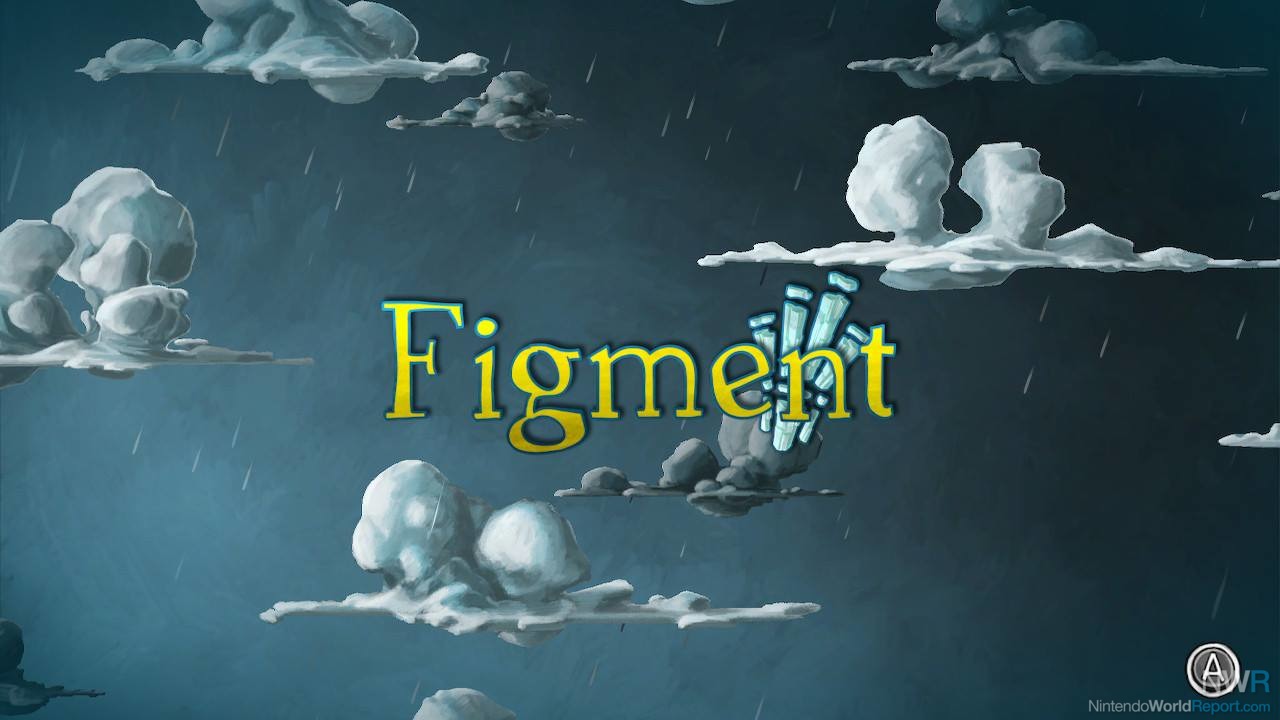 The narrative starts off with a voiceover of characters who imply they are a family in a car, doing family things (bickering, laughing, etc.). After this brief introduction, there is another introduction, to the rest of the game, which takes place within the mind of one of the characters from the prologue. You take control of Dusty, a sarcastic character who is upset that a nightmare creature has stolen his scrapbook. Dusty teams up with his friend Navi- I mean Piper, and together the two go on a journey to recover Dusty’s scrapbook. They solve a lot of puzzles, explore different floating islands that are all concepts that dwell within the brain (like a literal train of thought for example). At face value, the story is very simple, and does its job. It is not the showcase of what the experience is here, but provides enough of a driving force to be satisfactory for what it is needed in this surreal of an adventure. 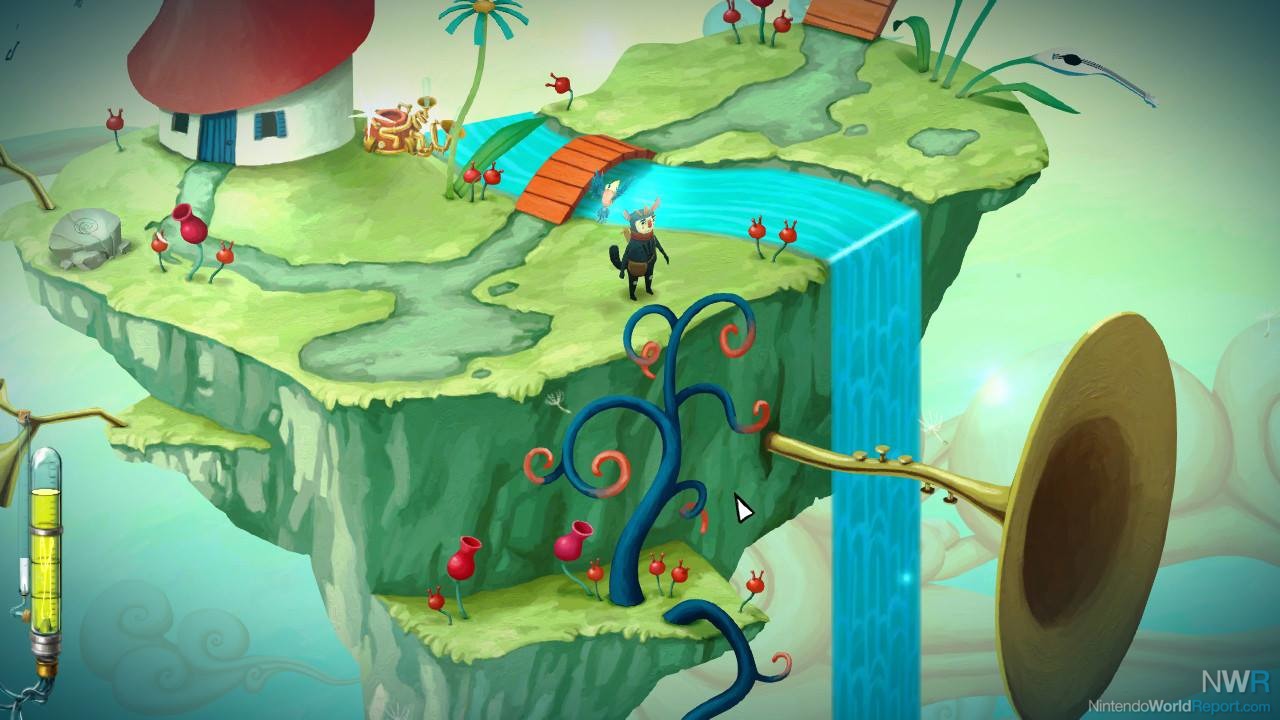 The sound direction and world design are where Figment shines the brightest. The levels are all designed in a very linear fashion, because they hold all of the different puzzles. Visual design is spectacular, with high attention to detail, offering a fun, “storybook” design. Everything appears to have a look of painterly quality, which speaks volumes to the art direction. Sound design is excellent too, with a fully voiced cast, along with numerous indie songs sung by the villains. I didn’t cringe, but I was taken aback for a moment at how odd it was to hear at first. Lastly, HD Rumble is the cherry on top of what Figment offers. Every time a health pip is obtained, or a puzzle is solved, the Joy-Con vibrated using different waves of force, attempting to create a vibration that felt like it was trickling through my hand. It’s definitely another fun attempt from developers to create more immersion, which I welcomed. But if it’s an annoying feature for you, it can be turned off. 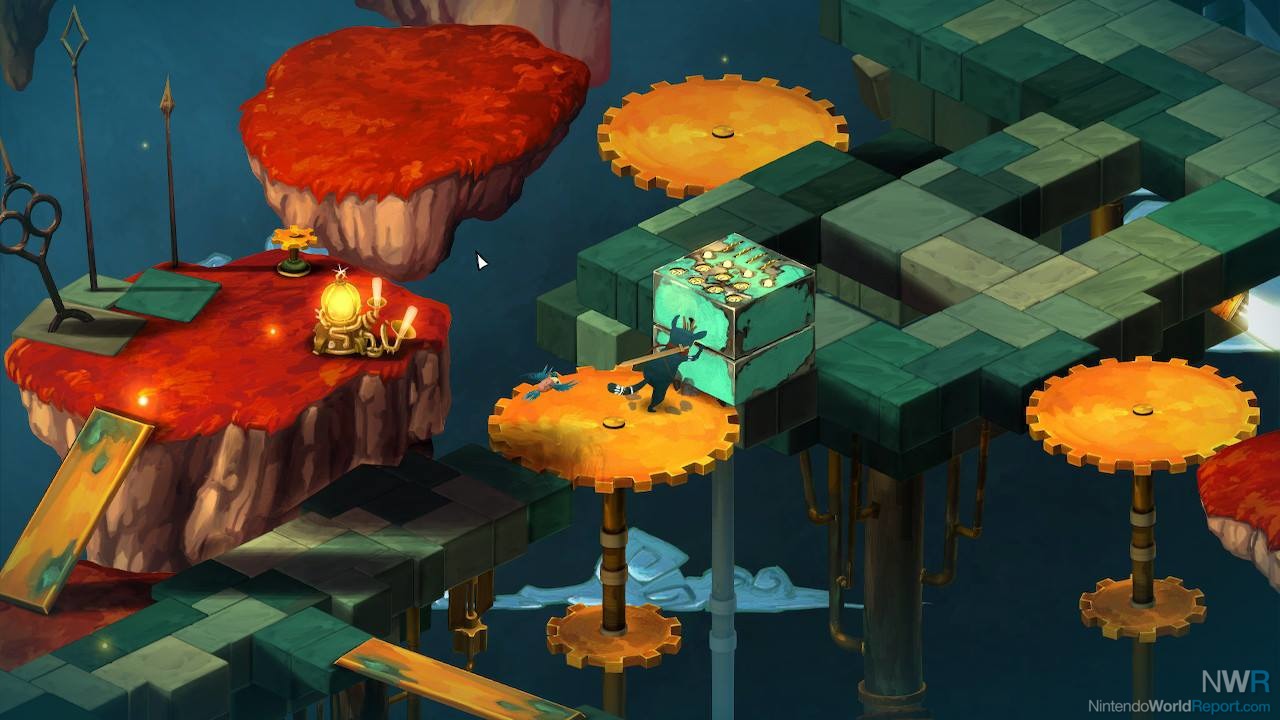 The gripes I have most with Figment aren’t with its visuals or its sound art. It isn’t the story, but more so some of the puzzles. There are standard slide-the-block puzzles, which not everyone is a fan of. But there are also different puzzles that revolve around sound, a little math, and using quest items in the right places. Figment quickly asks players to take all of the items they use with them into the next area, in order to find hidden collectible memory orbs. It’s not a bad method of puzzle design, but can get taxing in light of the constant backtracking. I found that I was losing interest in the memory orbs because of this, and also that obtaining them didn’t necessarily pay off. This, coupled with repetition of puzzles killed the pace for me. This is not just a problem in Figment, but also in many games in the puzzle genre. A lot of puzzles I knew what to do immediately, and it was a matter of taking the time to follow through that posed a challenge. I was more interested in the unique challenges, like playing instruments, or repairing a piano. There are also enemies that need to be killed in order to progress, but Figment doesn’t try to make them the focal point of the adventure, so they are hardly a challenge, and more of a filler to add to the story. It’s clear that a lot shown in Figment is not what the focus of the experience, it’s the puzzles, which don’t always stick the landing. A handful of exceptions crop up, but not nearly as many as I would have liked. Check out Figment if you’re interested in taking on a puzzle adventure indie, with some cute visual touches, and can handle a little puzzle fatigue. 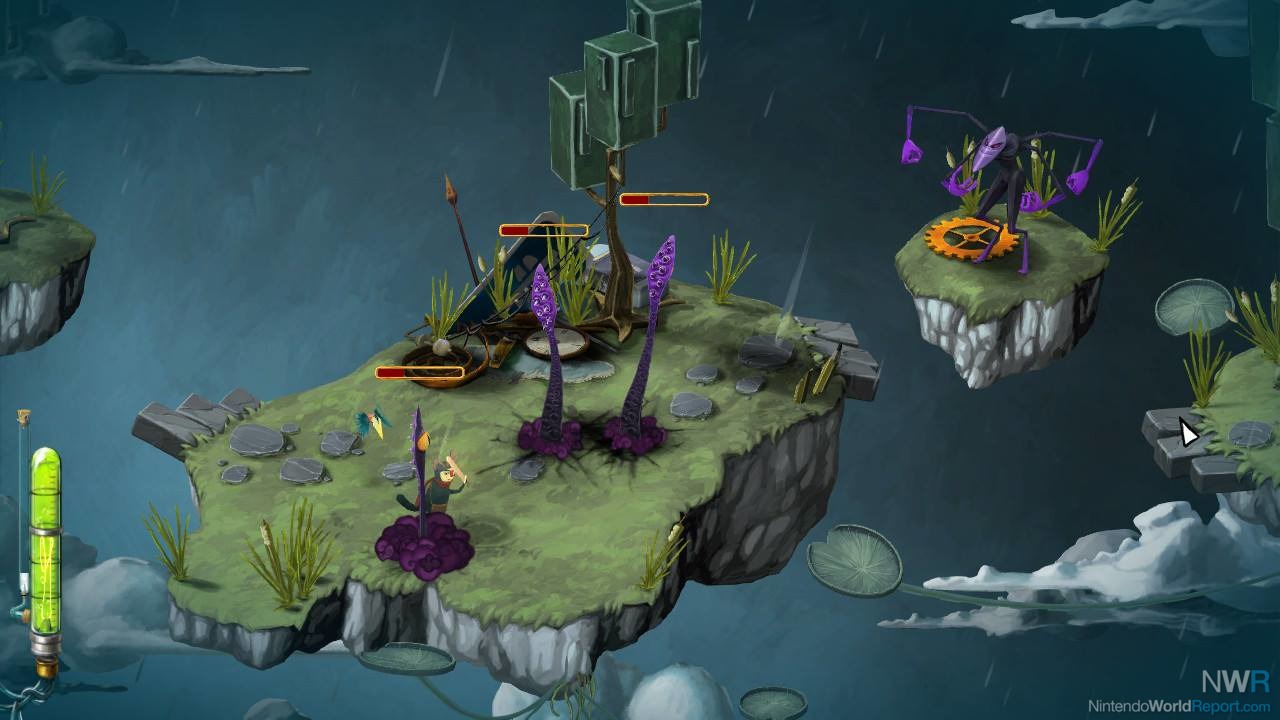 Dang! I guess that would have been fun! Oh well, ha!