In 2014, developer Batterystaple Games set out on an ambitious task: to replicate the Mega Man X games in the form of a procedurally generated platformer. Three years later, 20XX released on Steam and it is finally hitting consoles for the first time. While this new roguelike doesn’t capture the same magic as the classics it draws so much inspiration from, 20XX still feels great to pick up and play. 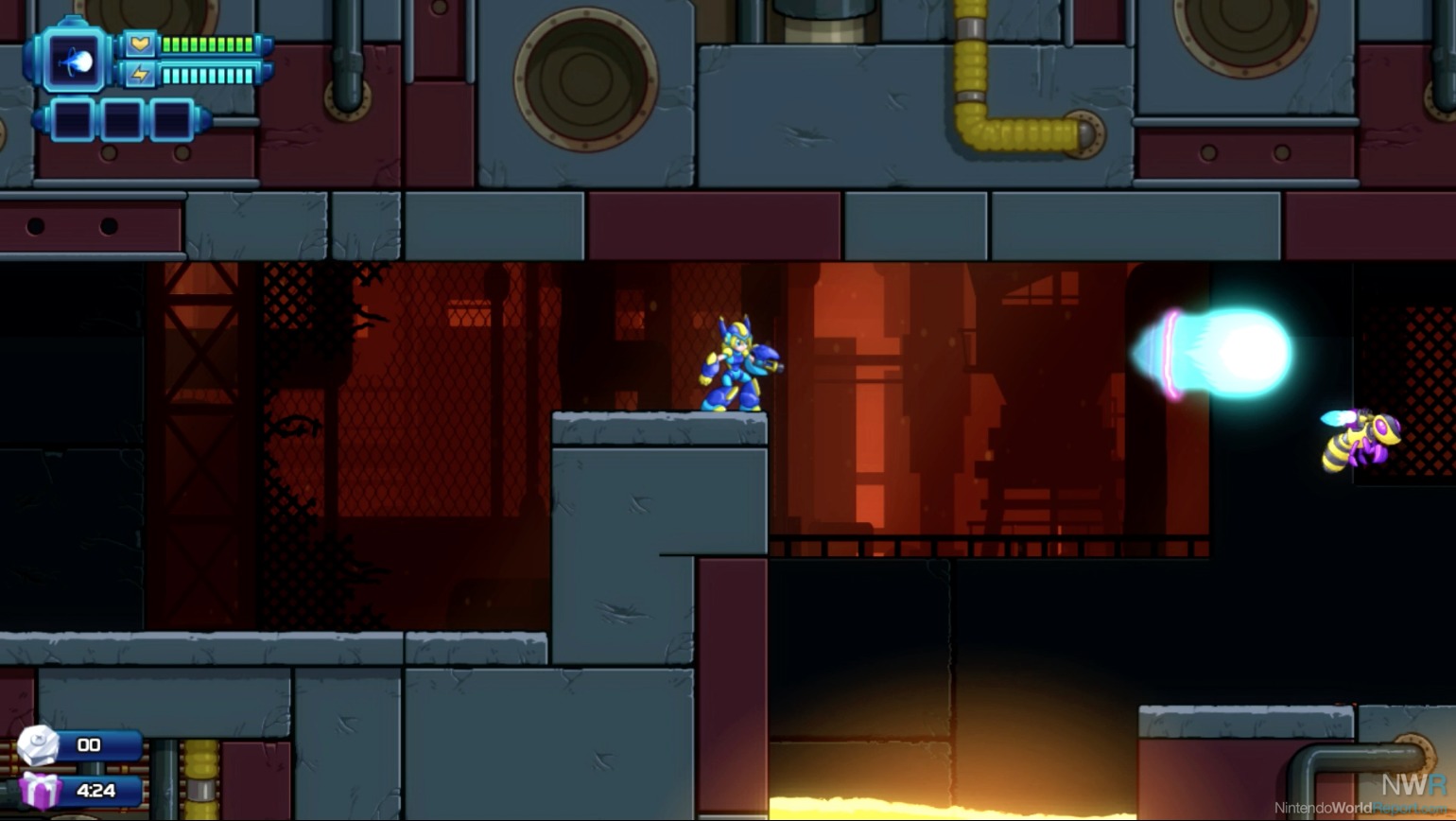 When you first jump in to 20XX, you find that robots have taken over the planet. Nina and Ace, the two playable characters, have been appointed to take care of different locations infested with these metal baddies. Trips to these spots take place in “20XX runs” in which you complete as many areas and their respective bosses as you can. Each area you choose is randomly generated, from the theme to the platforms, enemies and finally, which boss you tackle. The bosses are the highlight of each level, each being unique and challenging. This makes every 20XX run completely unique and leaves endless possibilities for the next.

Nina and Ace’s controls feel tight and refined. Nina has her blaster-cannon while Ace has his energy sword– both feel powerful yet balanced. Both have the ability to wall jump, which is essential for most obstacles. Everything feels silky smooth and makes maneuvering around tricky obstacles a breeze. Completion of levels grants you “soul chips” which you can use to purchase a variety of upgrades and items– some of which are permanent (but can be switched on and off) and others that just apply to your next run. These include boosts to speed, damage, energy and more. When you beat a boss, you actually receive their power which is a nice touch. The visuals are gorgeous and the cartoony style is a good contrast from the pixel art of most other retro-inspired games. 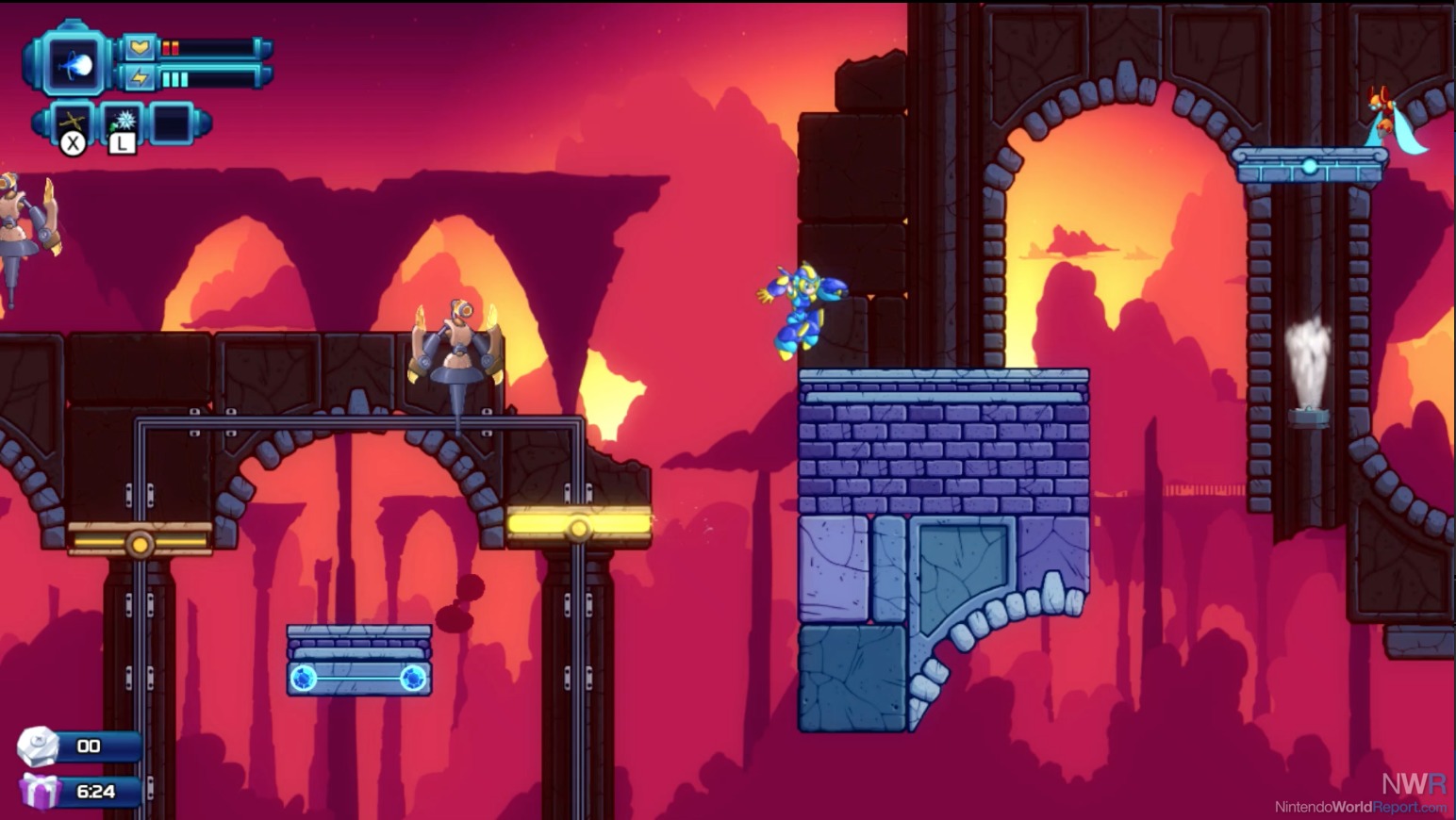 The standard difficulty doesn’t give you any recovery– when you lose your health you’re done with the run. Additionally, after you get a game over, you can’t return to a level you were struggling with. There are health replenishments during the levels, but they don’t quite feel like enough unless you use upgrades or items. The easy mode does give you three lives, but I almost feel like that should be standard. Above the normal mode, there is one additional mode, “Defiant”, that unlocks optional skull modifiers to up the difficulty. The levels are noticeably random– you won’t find the same linearity as the Mega Man games, where the level design is precisely crafted. I’ve found some areas to be unnecessarily hard to get around, which wouldn’t be as much of a problem with more chances to try them over and over again. While in older retro titles this would be deliberate, here it can get quite frustrating.

Aside from the standard 20XX run, there are a few other modes to choose from. Local and online multiplayer lets you pair up with a friend and works the same way as a standard run. Daily and weekly challenges give you a chance to take over the leaderboards, but only once per day. “Rush Job” is a mode with just bosses and “Seed Racer” allows you to customize the way the game is randomized. The lack of a story mode means that these characters aren’t fleshed out and there’s nothing to gradually work and make progress on over time beside beating records and collecting upgrades/items. The ability to save and quit after you’ve beaten a boss is nice, but you completely lose your progress after a game over. You’re also required to spend all your soul chips before starting a new run, so no stashing those. The 20XX runs are largely self-contained and the other modes are neat, but nothing to really sink hours into. The experience is practically begging for a more fleshed out adventure, but it’s simply not here. 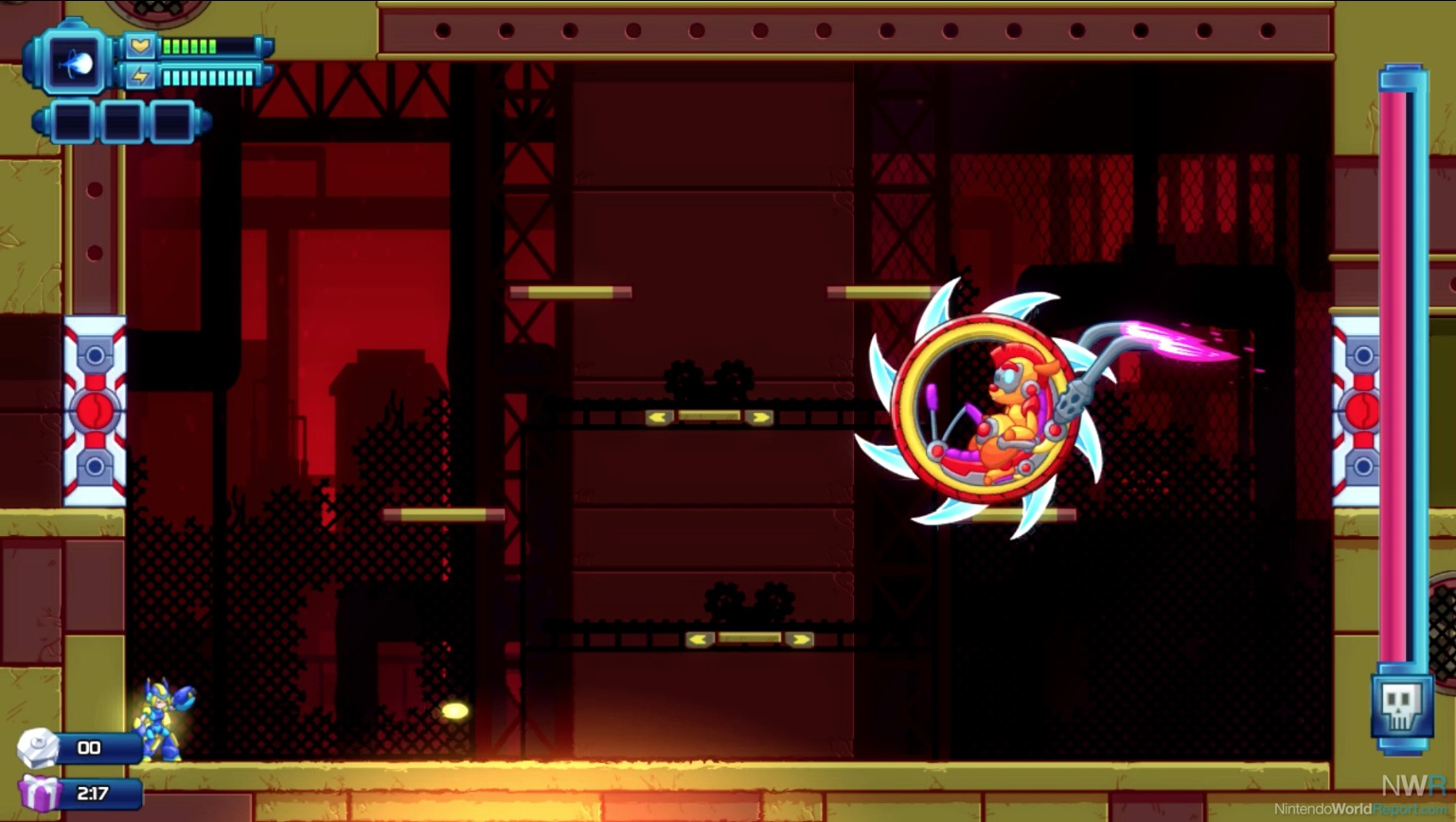 20XX offers a quick dose of Mega Man inspired gameplay that doesn’t disappoint in the slightest. The controls were clearly refined to be authentic and tight. What the game does lack, however, is content to come back to after mastering the quick 20XX runs. This doesn’t mean that 20XX is worth skipping out on, though. This endless retro shooter is worth checking out, especially if you love Mega Man X or just solid platforming in general.