This snappy handheld-inspired fighter pockets a ton of punch.

Being one of the first indies announced for the Switch, Pocket Rumble was sure to be an exciting title to launch the fighting genre on the console. The retro portable inspired fighter, originally released on Steam after a Kickstarter campaign in 2016, was slated for a March 2017 Switch release but was delayed for nearly a year and a half. Signs pointed to the game being stuck in development over issues with its online functionality on the platform. Nevertheless, this long awaited title is finally here and the fast-paced gameplay is well worth the wait. 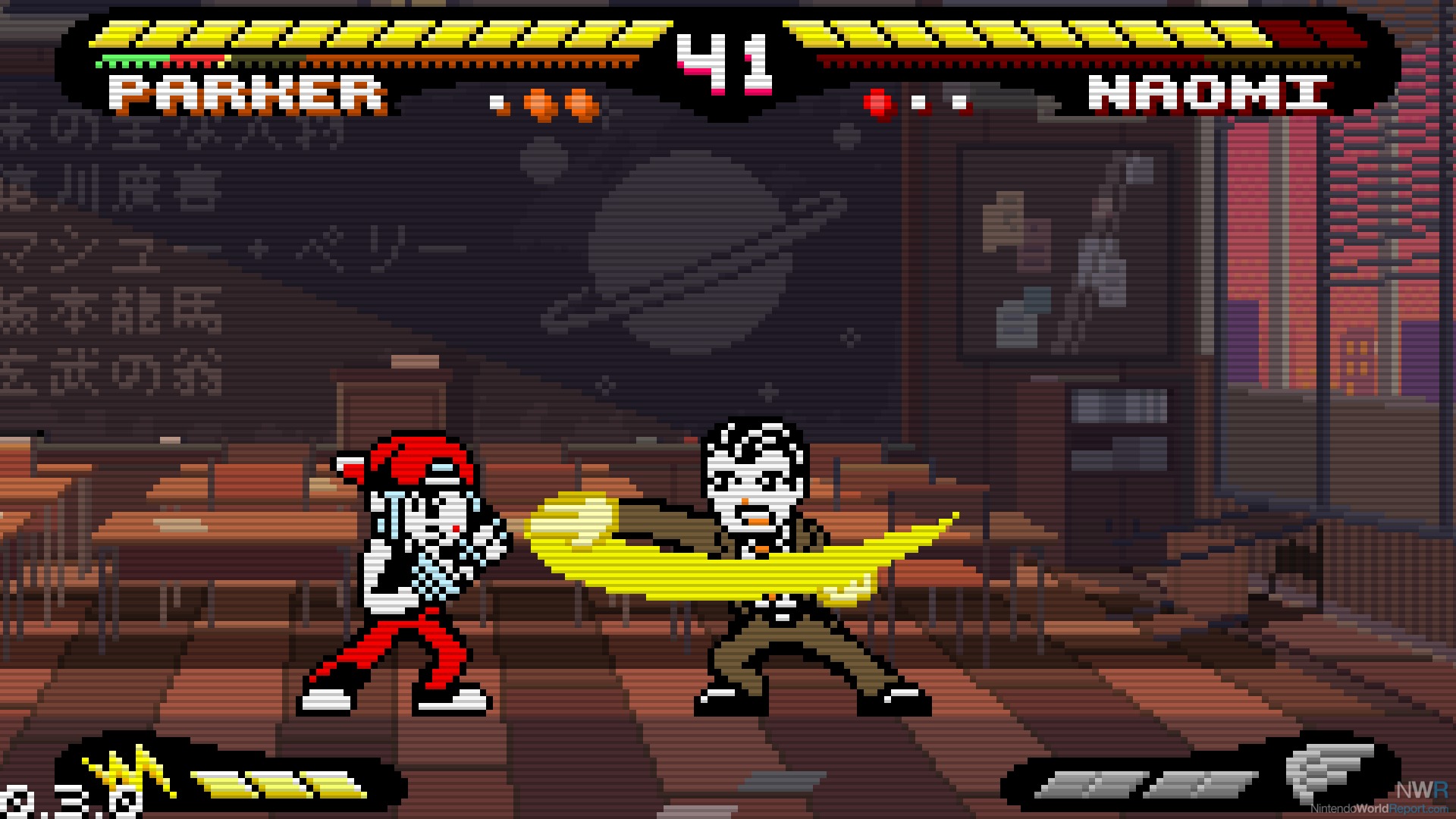 Pocket Rumble’s unique visual style takes after the classic Neo Geo Pocket Color fighters from SNK. Since most retro-inspired games recently have derived from home consoles, it is quite refreshing to see one based on a handheld. The two-man development team at Cardboard Robot Games not only nailed the authenticity of the style but somehow made it look beautiful and modern at the same time. It looks great both on the Switch’s small handheld screen and on a large monitor, and the backgrounds of each stage are unique, each packed with detail and color.

Besides mimicking the old-school style, Pocket Rumble’s other goal was to simplify the core fighting game mechanics and move away from having to memorize endless amounts of combos and techniques. The result is a two button fighter that is simple enough for anybody to easily pick up and play, but still has enough advanced techniques for skilled players to take the time to master. Each character has their own meter that powers up specific moves in different ways. All the characters have special moves that create unique gameplay styles for each character without causing any of them to feel overpowered. The “Lessons” mode teaches you all the combos and skills in the game very quickly and intuitively. It is a great place to keep coming back to in order to refresh yourself with each character’s movesets. No need to head online for tips on how to use characters– everything you need is right here. 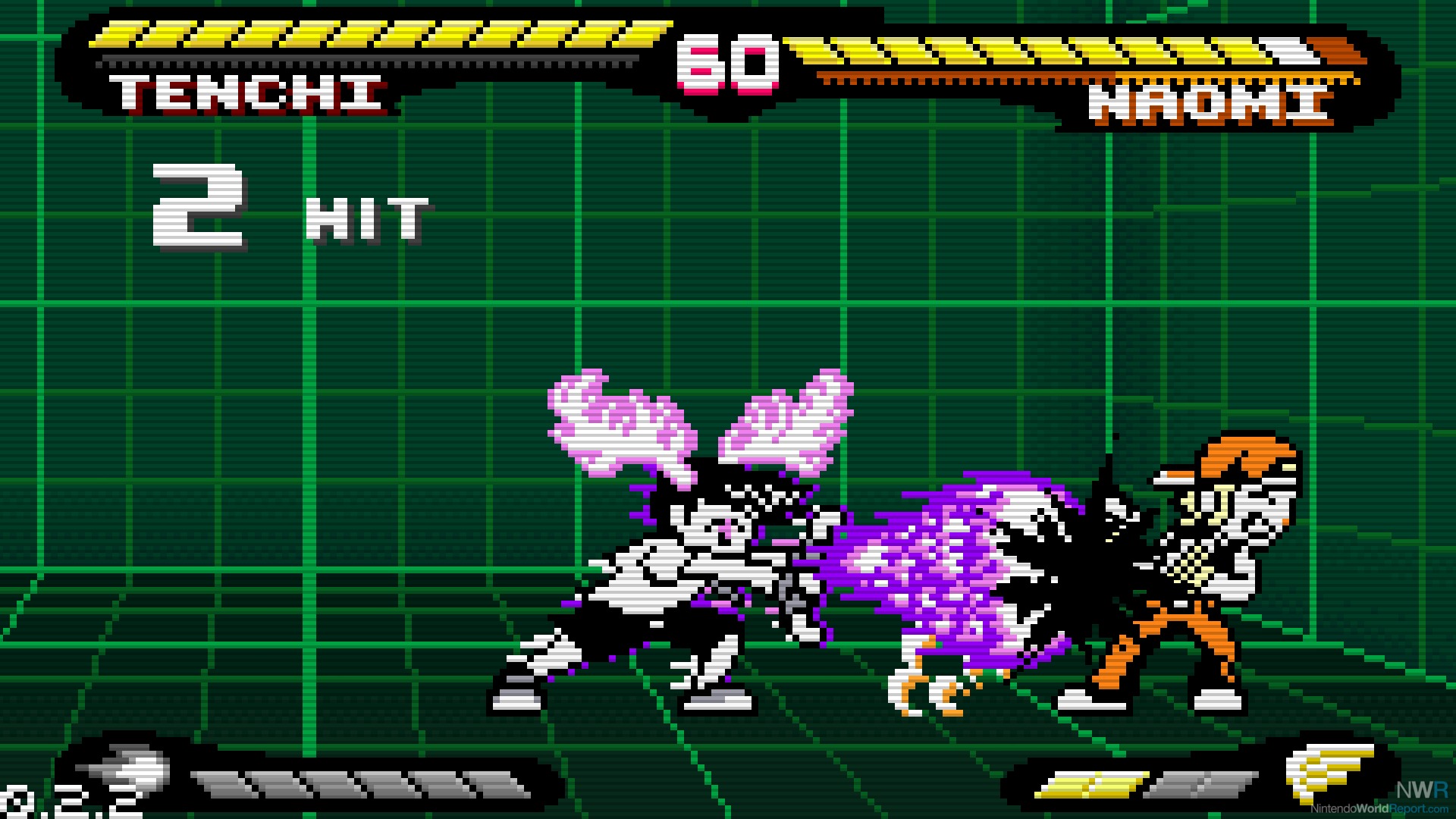 There are three single player modes outside of training and lessons. Arcade mode faces you against a series of CPU characters and bosses, one after another until you lose against one. VS CPU is just a standard match against the character of your liking. Career is similar to ranked multiplayer where you accumulate points over time, and you can keep coming back to add more. Some may be disappointed by the lack of any sort of story mode or adventure. Also, no collectibles or achievements are present for accomplishing certain objectives. There is also only one mode for local multiplayer, just the standard fare of best-out-of-five.

The online functionality is where I will probably end up spending most of my time with this game. With this diverse set of characters, online play is exciting and you’ll want to climb the rankings as much as you can. While gameplay was perfectly smooth with no lag or hiccups, there were a couple infrequent connection errors that kicked both my opponent and me out of the game.

All in all, Pocket Rumble’s goal of being a fighting game for everyone was accomplished. This is great for newcomers and veterans of retro fighters as this one is easy to learn and hard to master. Just keep in mind, if you’re looking for anything to collect or any sort of progression besides just ranking yourself up, you won’t find it here. The authentic retro style and addicting gameplay, however, is still worth your time– especially if you want something that you can pick up and play in quick and insanely fun bursts.