A must for its versatile local multiplayer, but even aside from that, this is wickedly cool.

SpiritSphere DX is a retro-flavored blend of sports and action, essentially bringing forth a stylish take on Pong. The rules are simple, the colors are bright, and the modes are varied. Whether you’re attacking it by yourself or can play with friends locally, SpiritSphere DX is awesome and unique, really only limited by its slightly small scope. 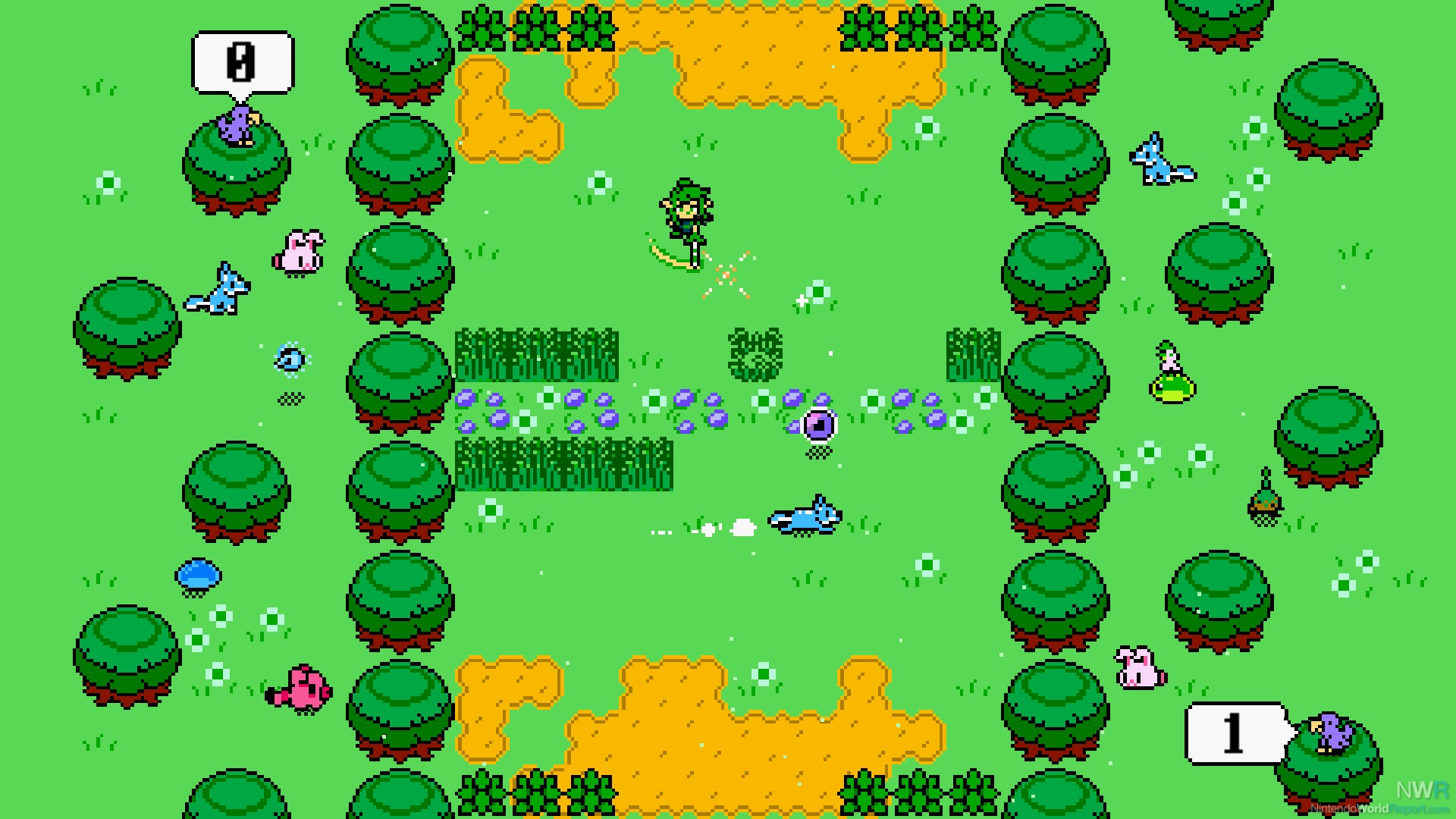 The majority of play is structured like a game of tennis. The sides are divided in two and a ball - the titular sphere - bounces between both with points being scored when it hits the back of either one. Just running your character into the ball will bounce it off, but it can also be repelled with a normal or charged attack. Charging can take a little getting used to, but the opening tutorial explains the controls and basic strategy rather concisely. Iterations on this core mode are found throughout the game, making up the bulk of the 10-level single-player campaign and forming the foundation of the multiplayer matches, whether it’s on a TV or in the excellent Hand2Hand mode.

Hand2Hand is SpiritSphere’s best hook, as the system changes the view to vertical mode and two players can square off, one on each Joy-Con side of the Switch. It can get a little cramped but that’s almost part of the joy and insanity as this veers off into a more meta experience of real-world positioning and comfort.

On top of that, even more modes populate SpiritSphere, including a Squash mode that makes both players share the same real estate as they bounce the ball off a wall and the Boss Mode where two players take on one bigger player. Ample unlocks provide new ball types, characters, levels, and more. The unlock system is a little maddening, though, as things are unlocked randomly by dropping 100 coins (earned through play) in a fountain. That in and of itself wouldn’t be bad, but you can get duplicates. I’ve dropped 1000 coins into that fountain in one go and got like one new item.

With a lack of online play and only so much to do in single-player, SpiritSphere is hard to recommend if you will never play local multi. The campaign is fun, complete with variable difficulties, but after a few runs through that, I didn’t have much urge to really return. One of the things that does make replaying the campaign a little more enduring is that all of the characters feel substantially different, whether it’s the relative simplicity of the heroine Lin or the ax-throwing brute strength of Dwarf. But that also kicks back to the fact that unlocking those characters is a crapshoot.

Still, the local multiplayer experience and its versatility are glorious. One-on-one matches, whether it’s in Hand2Hand or on the TV are thrilling, focused, and fun. The three- and four-player options add even more chaos, with the cleverness of the two-on-one Boss Mode being a highlight. The diversity in the modes is great, with each one adding its own spin, like how Squash makes you cope more with sharing the same space as your opponent. Top it all off with a cute soundtrack and a smooth, retro-esque presentation, and SpiritSphere is charming as all hell.

Circling back around, the only real drawback to SpiritSphere is that the optimal play is found in local multiplayer, which isn’t the easiest arrangement to get together. If you find yourself with friends and family down to play some wacky riffs on Pong, this is a masterpiece, but if your playtime on Switch is mostly by your lonesome, this is a more limited and short romp, though even in that brevity, SpiritSphere is excellent.