Dangling in the face of danger.

Sling Ming is a single-player physics-based puzzle game that starts out slow and then turns into a brutally difficult challenge that would leave Professor Layton frustrated. It’s ironic how it possesses such a high difficulty curve while at the same time hiding behind the mask of a cutesy art style that makes it seem like a relaxing and peaceful adventure. 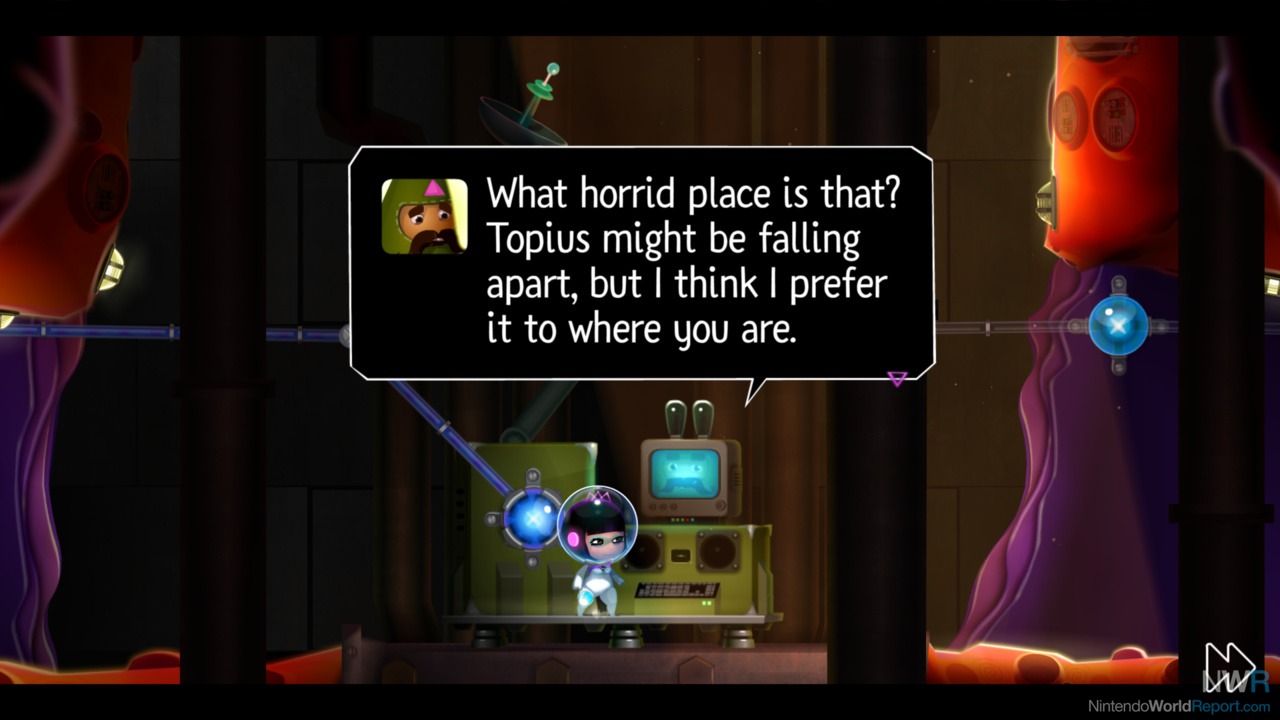 Here, you play as the ruler of the foreign kingdom Topius, Princess Ming. The kingdom of Topius has become plagued with never-ending earthquakes that have created cracks in the ground that expel toxic fumes. The Princess has had enough of these earthquakes and decides to investigate the cause. She finds a locked door deep underneath the castle that she believes is the source of the kingdoms calamities. She goes on a quest to retrieve the keys to the door and bring peace back to the kingdom.

Throughout your adventure, your main method of transportation is using a system known as the Oxylane. No other method of moving Ming is provided other than transporting her between the different nodes in the Oxylane system. As you progress throughout the game you’ll encounter different types of nodes and tracks. Each will have their own characteristics that change how you play, such as having a movable node or a track that increases your speed. One thing I found interesting is how you have the option of playing with either the controller or by using the Switch’s touchscreen which both feel equally as good. 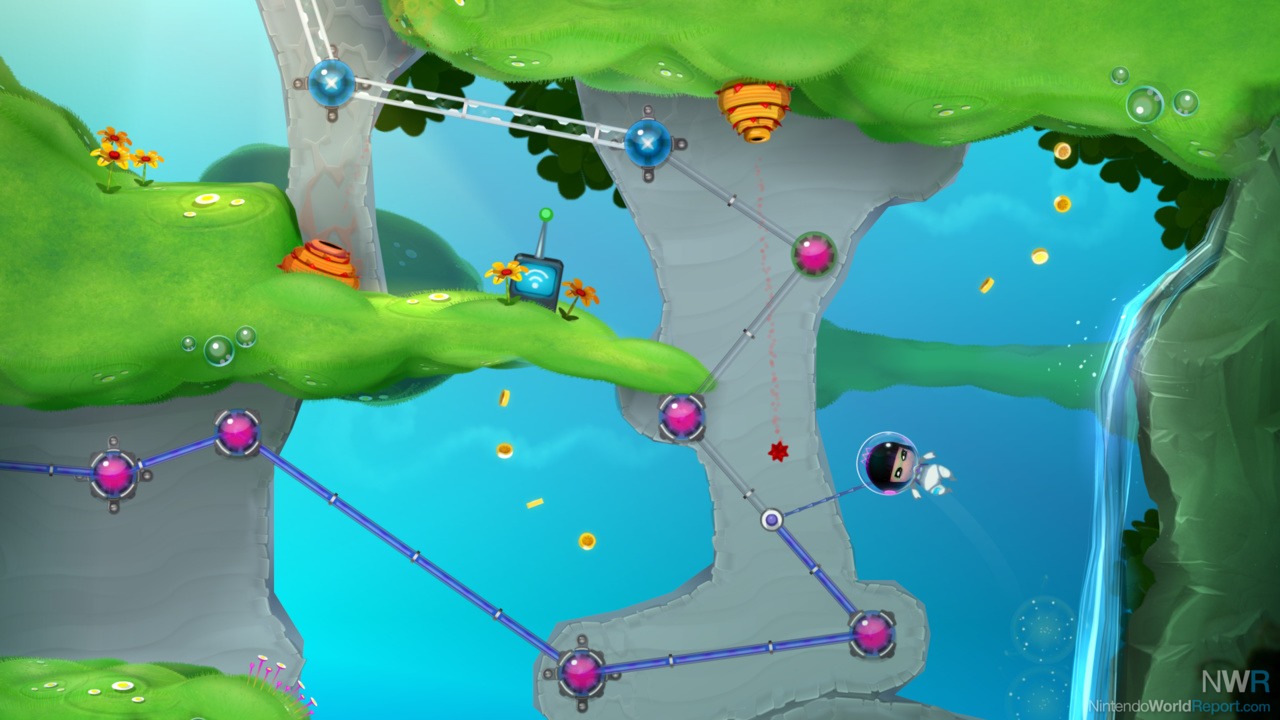 As I mentioned, the difficulty can be extreme and in some instances, this is to be expected from a physics-based puzzle game, however, many of the puzzles rely tremendously on precise movement which can be near impossible to obtain. It also doesn’t help that most of the obstacles you will find in each level are one-hit kills. Numerous deaths are just about guaranteed, which can be quite frustrating as each time you die. The enemies and collectibles you obtained are put back where they originally were, but on the bright side, the nodes keep the placement you last left them in allowing you to edit the part where you went wrong rather than starting over from scratch.

One feature that seemed odd is the ability to skip a level by using the coins you collected in previous levels. This can be understood as the developers allowing players to continue if they are having a tough time in a certain area. This kinda backfires as it shows that they knew that the puzzles were just too difficult at times. Also, the idea to pay to skip a level is personally absurd to me as the main idea of a game is to play it, so why would one want to pay in order to not play? 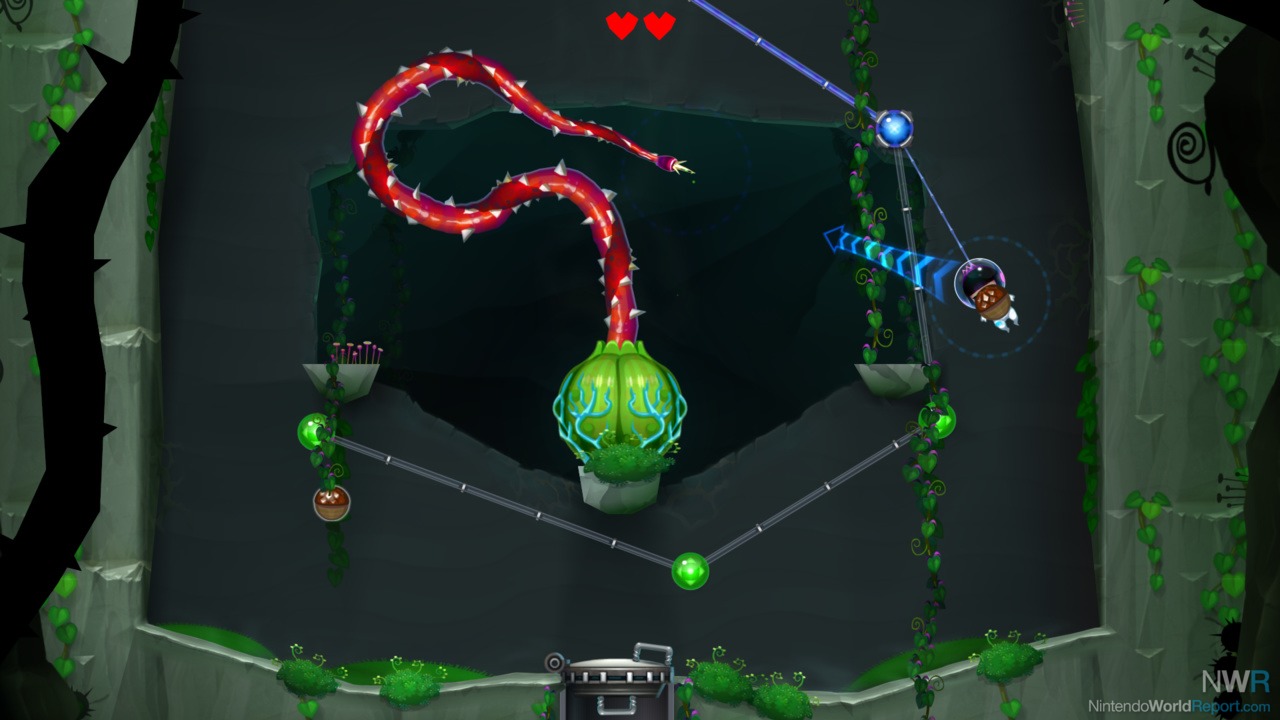 Overall, Sling Ming does have some solid working but don’t let its cute facade fool you as it’s as tough as nails. If you’re up for a challenge, then you’ll find this game to be a blast. To everyone else, you’ll have more fun with a character keychain and some string.