Hide and seek at it's scariest. 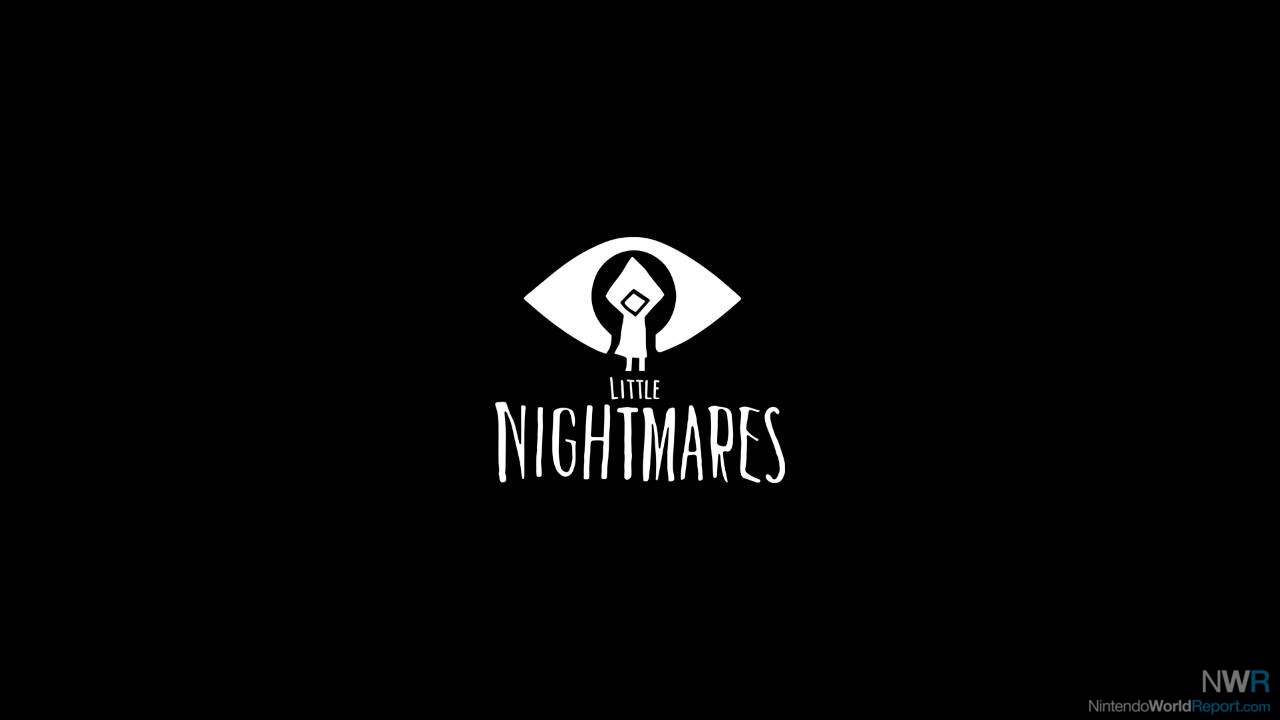 Aboard the treacherous Maw, a mysterious vessel houses the souls of monsters and a young girl who is desperate to escape. This is the premise of the 2017 title, Little Nightmares, which has now landed on the Nintendo Switch in a complete edition format. This five-hour adventure presents numerous puzzles in a horror setting while also presenting some stealth challenges. The draw of Little Nightmares is its aesthetics. Every chapter is presented with similar models, textures, and lighting, but each stands on its own, whether it’s sections with a kitchen overflowing with dirty dishes and soap scum or a bedroom with shelves stacked on top of shelves. Leaking pipes and rooms filled with piles of dirty shoes were disturbing, reminding me of Holocaust imagery. All of the disturbing and well-crafted models are capped off by excellent lighting. 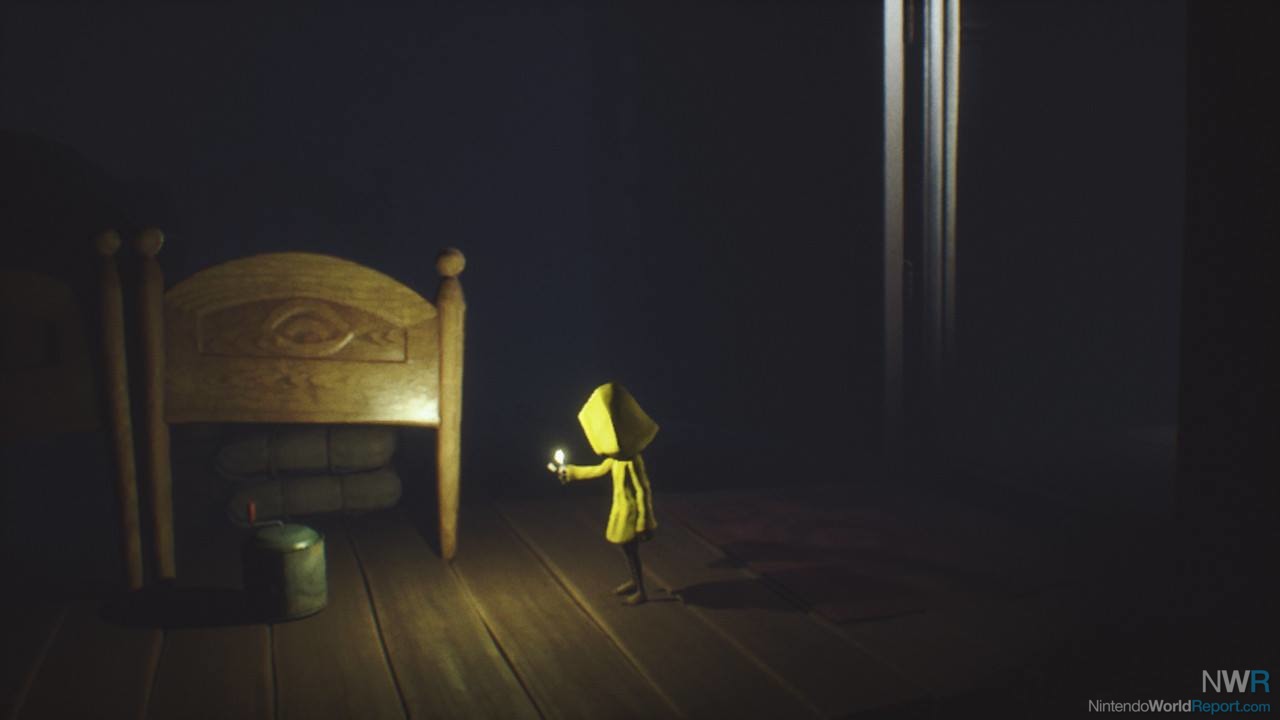 The girl you play as, Six, has a zipper lighter with her that can be used at any point (as long as her hands are free) to create a primary source of dynamic lighting. This is often used to view effects like dents and dirt on the wall or locate keys. Little Nightmares’ concept of having you be hidden from the enemy, in a hide-and-seek fashion, is different from most horror games. That speaks to the level of design here, in both sound and visuals. You should be more scared when there is noise than when it falls silent. 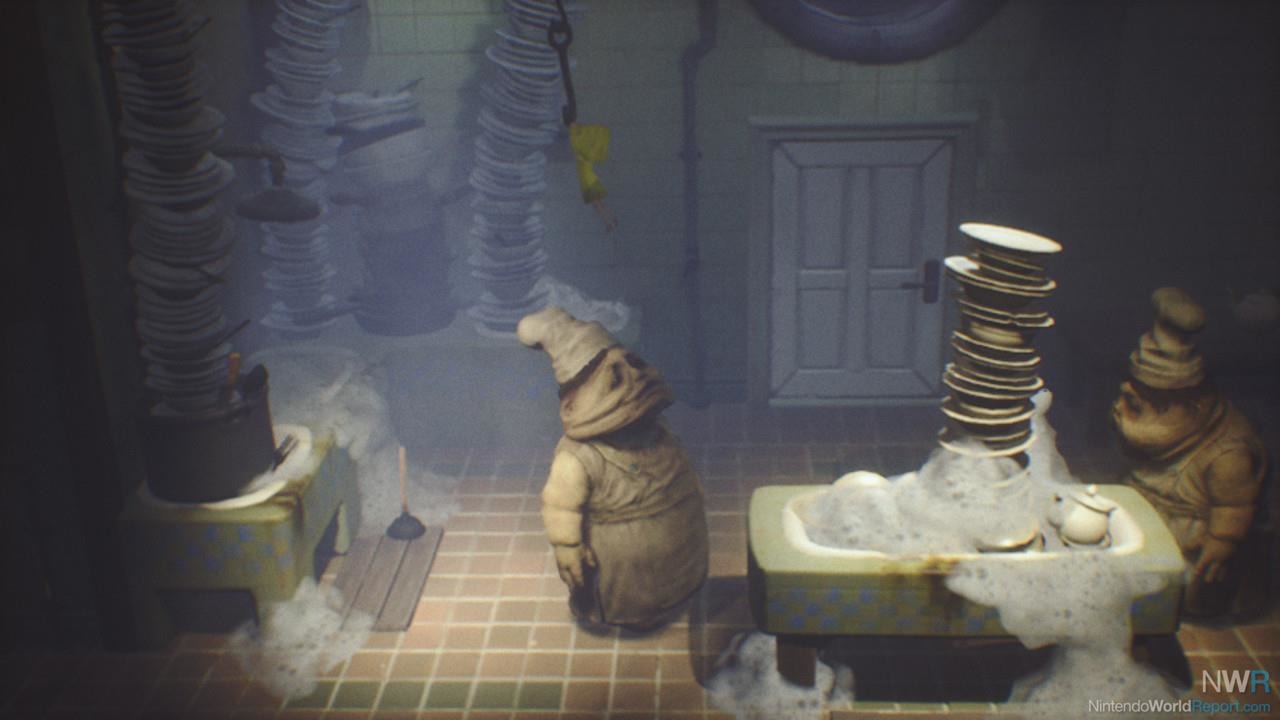 The second draw is the puzzles. I found that for the most part, they deliver. Most are very linear, with the exception of the mid-chapter in the DLC. Little Nightmares rarely asks much in terms of difficulty. Everything is taught through the gameplay and no deliberate tutorial is present. Occasionally, if I was failing, a prompt would pop up and explain something, but this is a more-or-less trial/error experience. This method of teaching works well in most situations. Occasionally, I found that puzzles that asked me to do something new ran counter to past problems. In context, here’s what this looks like: nearly every door has to be opened by having Six jump up and pull on the handle. This isn’t the puzzle, but an element used often in them. Eventually, there are doors that are like locker doors that have to be opened from the side, just by being pulled, not by hanging off the handles. This is a common problem I have found in puzzle games. It’s not necessarily getting from point A to B that is the challenge, but finding out what B is, and then getting to it. In the included DLC, many rooms in the second chapter were hard to figure out because it breaks the format of how the puzzles are solved. Change is good, but the lack of communicating the switch from a linear puzzle to an open-ended experience was frustrating for me. 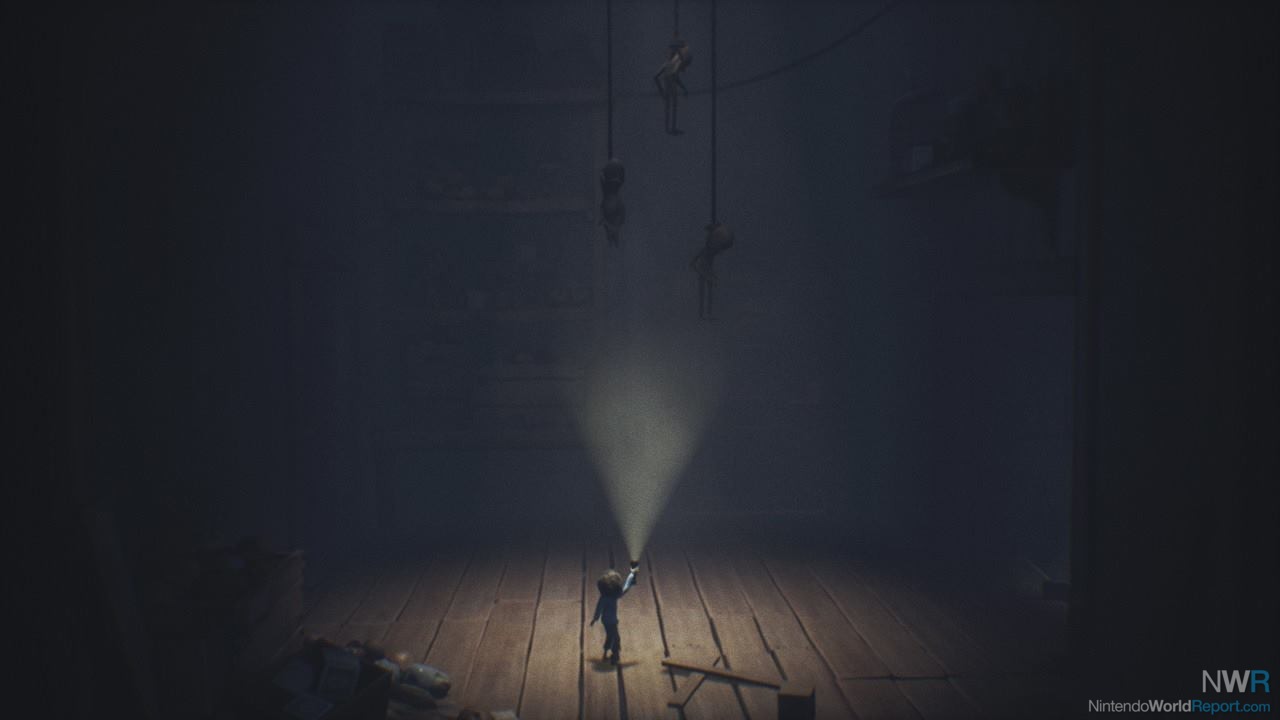 Another frustration were the controls. I didn’t think Six or the Runaway Kid controlled well. Sometimes they would let go of climbable surfaces or not grab onto them. Input lag occurred occasionally with running and sliding, sometimes even breaking the immersion of a chase sequence (of which there are many). And, while I think that the player’s character being slow is purposeful in the context of the story and design of the overall experience, it still would come back and bother me every so often. Often, the speed of either characters is used in puzzle-solving and platforming. It is used to make sure you can’t cheese your way through anything, and it is effective in that manner. But I did feel naturally hindered by it when I was trying to go back and forth from room to room in the nonlinear areas that weren’t utilizing this feature. The lengthy load times topped on top of the slow movement, often made death more of an annoyance then a fear, especially in dark areas where I was unable to see what my objective was. 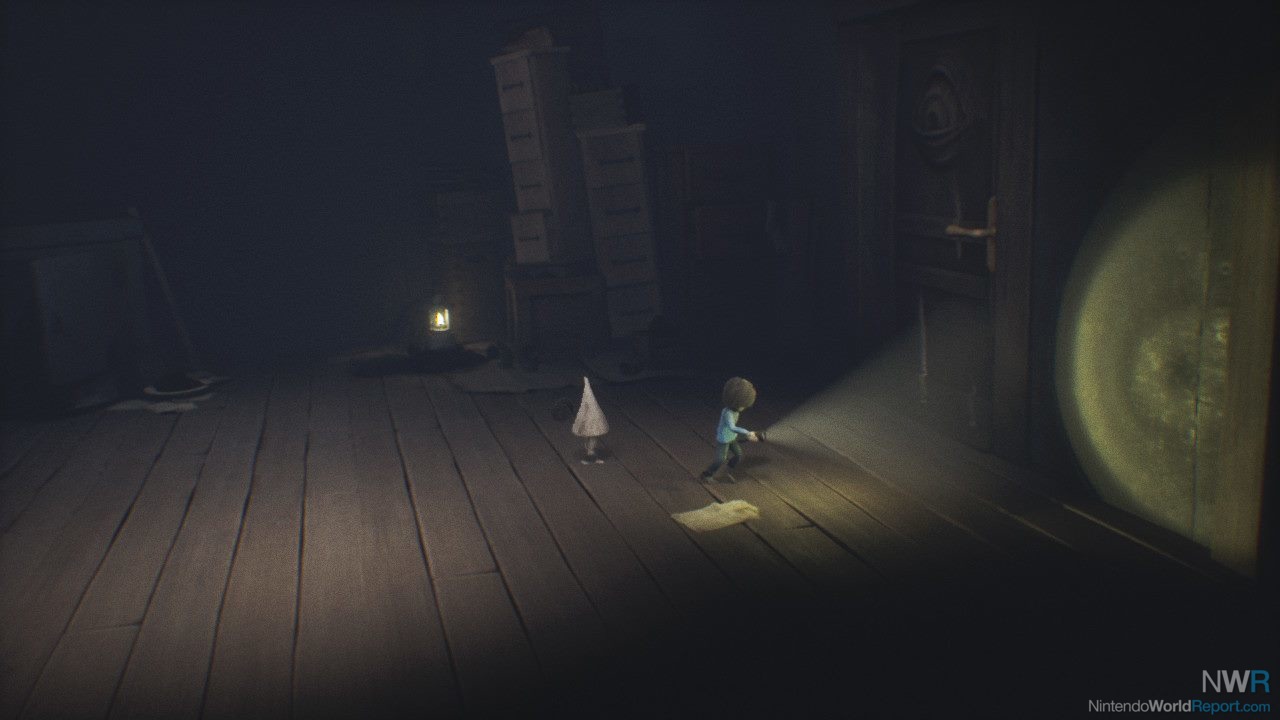 Other fantastic elements include a great use of HD Rumble, sound design, and implied lore. The HD rumble is used in conjunction with the sound design in novel ways. What stood out to me was that, it was less scary when it was quiet, because you knew you were alone. It was moments where I had to drag a heavy, loud metal cage across a metal floor to be used as a stool that I was on edge because of the ringing echoes it created, HD Rumble is used in every way I can think of, with loud noises, heartbeats, low hum of electricity and light, etc. It’s still a small, polishing feature that added to the immersion, along with it’s juxtaposition of sound. Lastly, a wealth of story that is implied through the visuals in a way that I adored. You won’t find books of long text to read or dialogue from NPCs. Everything is communicated through the gameplay. For example, you have to use a stool to get to a higher ledge in the beginning, but you take it from under a pair of hanging legs, showcasing a corpse. Who is this person and why did they commit suicide? There is a lot of stuff like this that I enjoyed and I got into it after having completed the main story and DLC.

At the end of the day, Little Nightmares is fantastic. It is absolutely beautiful, with some of the best visuals and lighting on models in recent memory. Great moments of immersion happen with its fun, creepy characters paired with great sound design and HD rumble. And the puzzles aren’t bad. It does hiccup with a few control issues and puzzle-design mishaps, but I still think it’s worth playing through if you’re interested. Just be sure to have a small light on nearby.