Oodles of style make these short and simple puzzle games stand out.

The Framed Collection, containing mobile games Framed and Framed 2, stars a handful of silhouettes caught in a cat-and-mouse heist chase. Each level is a page of a comic book, and dragging around panels rearranges the order of events, letting the thief escape capture. 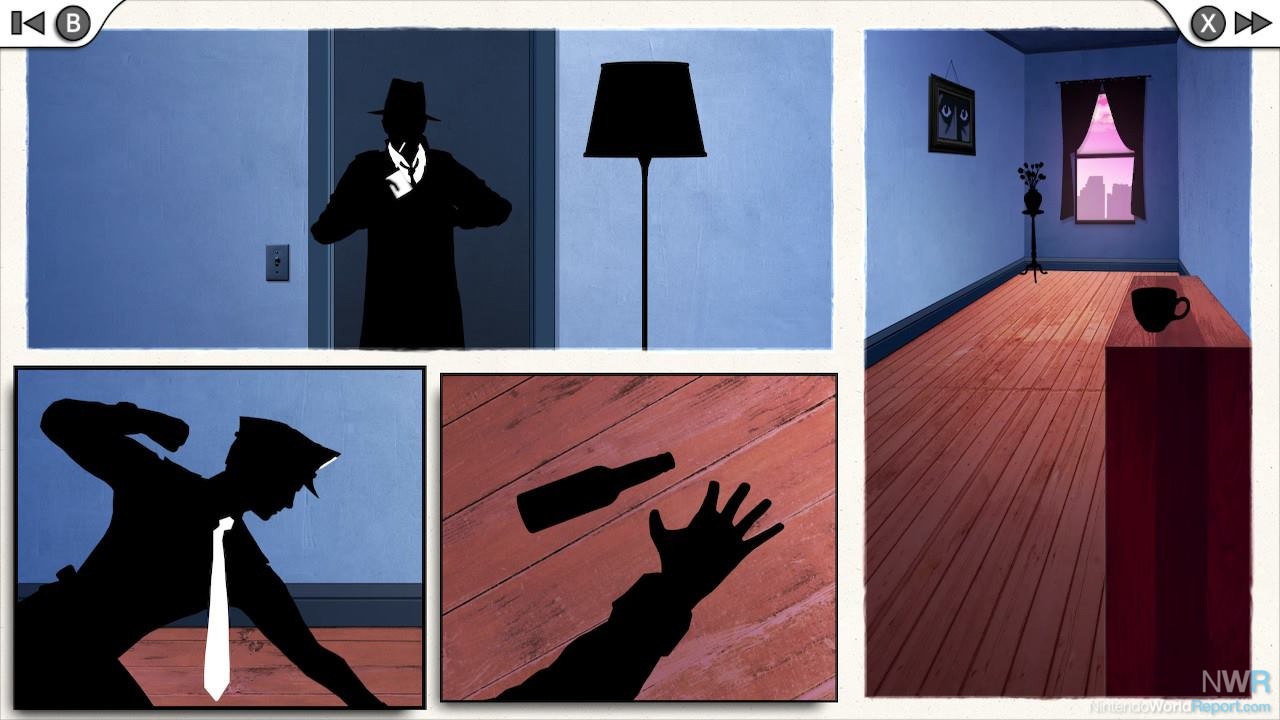 While the concept is neat, the art direction is the real star. Every page bleeds a stylized noir, casting long shadows on a colorful comic background. Ever-changing set pieces keep scenery fresh. Characters leap between buildings, dart in and out of a moving train, outrun a dog on a boardwalk and more. Gameplay keeps up with the settings; puzzles often use every detail in each panel.

Most of the puzzles are simple and satisfying to watch unfold. A few are real headscratchers that I think I solved by guessing. Just as I had gotten a solid grasp on sliding panels around, Framed introduced rotating pieces and, later, the ability to move panels while other panels were playing out. The real-time puzzles were a bit overwhelming, mostly because I panicked and forgot how to pause without restarting the level. Reusable panels added too much depth to puzzles. 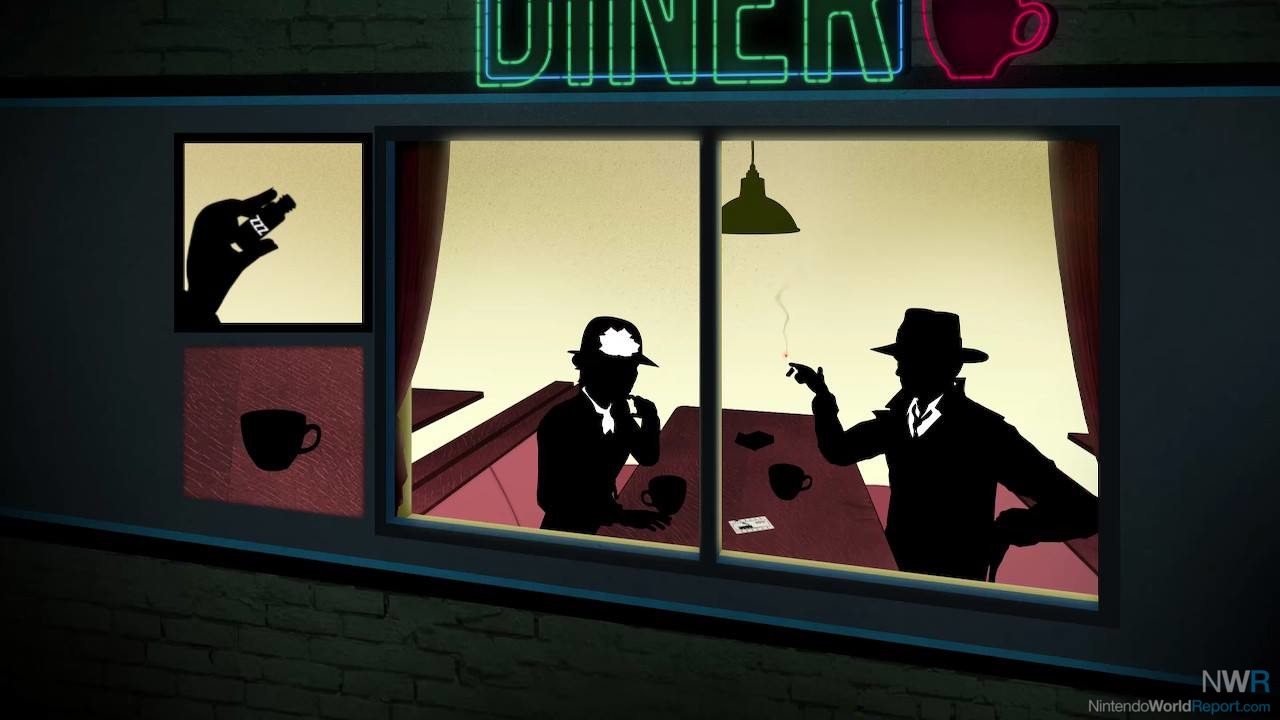 Mechanically, Framed 2 picks up right where the first one leaves off. It doesn't add anything big, instead opting to lean into established mechanics by adding a third vertical path or a maze of rotating panels. Both games do an excellent job of sprinkling the hardest puzzles throughout instead of gradually upping the frustration level. Even cutscenes use simple, two-panel puzzles to advance instead of just pressing the “A” button.

Both stories are short. In fact, I accidentally captured my entire playthrough while testing my recording setup. Levels flow into each other without loading or ever kicking back to a menu, adding to the sense of urgency the characters give off by constantly running through panels. The pressing adventure took me about three hours to complete. 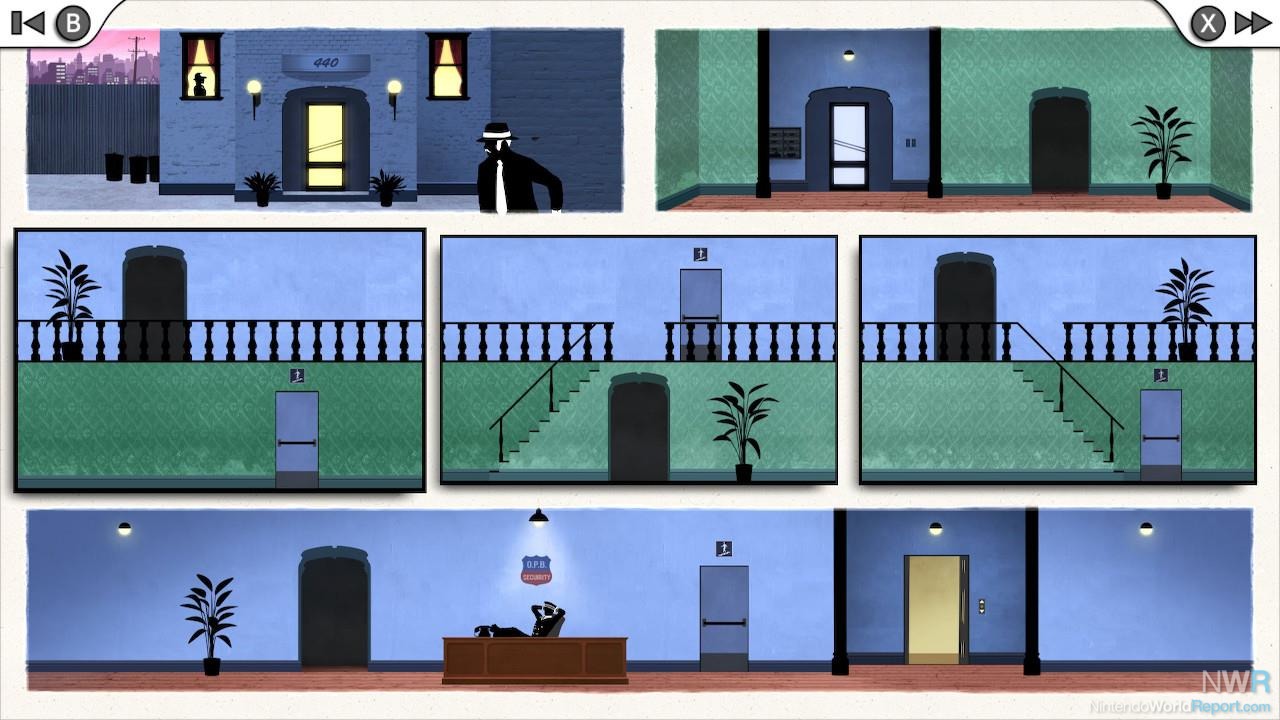 Some animations are way too long (like watching a woman climbing a ladder, being grabbed, then kicking her pursuer’s hand away) and have to be rewatched on every attempt at that puzzle. There is a fast forward button, but it's both too slow for repetitive scenes and too fast for puzzles requiring timing.

Everything is told visually. From quick tutorials to intense cutscenes, Framed doesn't use any text or voices. Even sound effects are sparse. I was very surprised to find myself invested in the super simple story by the end, but dammit, I'm a fan of these shadowy characters. They show a lot of personality just by helping each other climb or sneaking behind enemies.

The Framed Collection is a beautiful experiment in interactivity. The heist-comic book premise permeates every inch of these games from puzzles to story to art. A few puzzles didn't quite land for me, but the tight pacing and variety in complexity kept me engaged until the end that came too soon.