Wizards don cloaks, spells, and a roguelite structure in this dungeon crawler.

Wizard of Legend is a spell-slinging take on the popular roguelite style. Players control a wizard who attacks procedurally generated dungeons with a starting suite of four spells, going around top-down areas filled with enemies. Everything is totally fine about it, especially in co-op, but in the sea of similar styles of games, Wizard of Legend is just okay. 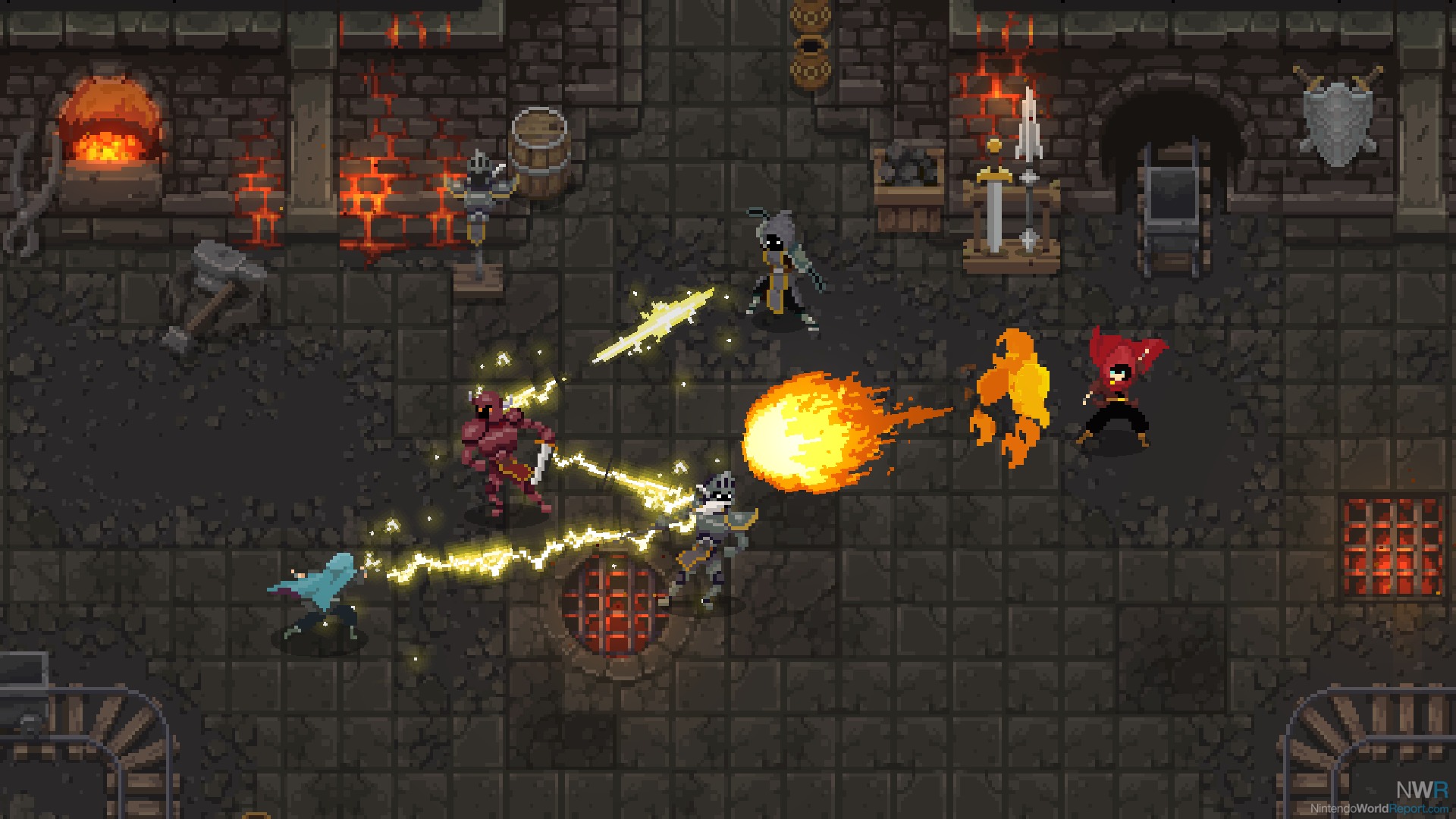 The magic comes in a lot of variety, with more than 100 spells. They fall into four categories: basic, dash, standard, and signature. Basic is usually a repeatable close-range attack, dash is what it says it is but occasionally with damaging properties, standard is a special ability, and signature are more powerful abilities. Everything operates on a cooldown timer, with more powerful attacks being longer than others. With so many spells, it can be tough to sift through everything, especially since there isn’t an easy way to test things without switching in and out of menus. It all gets even more complex when you add on the close to 150 relics that add a bonus such as reduced cooldowns, more health drops, or increased damage of a specific element. The choice is grand, but it can be daunting.

The spells I found most useful were the more vanilla attacks, whether it’s repeating fireballs, arrays of damaging icicles, or powerful vine attacks. The more interesting ones are harder to effectively use, such as the electrical circle that sucks in enemy projectiles and slings them around at foes. The idea of the attack is super cool, but if you have to fight melee-based enemies it’s basically useless. Experimenting with the library of spells is fun, but the most novel ones were usually a crapshoot to be effective reliably.

The structure is exceedingly similar to other roguelites, with two levels ending with smaller boss battles culminating in a world-ending bigger boss fight. Rinse and repeat three times and then reach the finale. Of course, since it’s a roguelite, a single death kicks you back to the start. It’s hard in a way that veers more towards frustrating. Your loadout could be ineffective against bosses, ending in a frustrating death. It’s still fun to play through the levels, even in failure, but it’s just not as gripping as other comparable games. The best thing Wizard of Legend has going for it is the two-player co-op, which is extremely well-implemented and honestly, the best way to play through the game. The controls are easy to pick up and in co-op, death isn’t as definitive as when one falls, the other can push on to revive the other.

At the end of the day, Wizard of Legend is a totally fine arcade-style dungeon crawling roguelite. It’s not near the top of the genre, or even near the top of the genre’s Switch representation, but with the fun two-player experience, it’s a respectable addition. If you’d rather sling spells then shoot guns, dance among the dead, or jump around, Wizard of Legend is a good game to pick up.