A brick breaker that doesn’t quite break the mold.

Breakout is one of those classic games that has seen countless iterations over the years on just about every home console and handheld. Glaive: Brick Breaker is the second Breakout clone to arrive on the Switch eShop, following Breakforcist Battle earlier in April. While this title offers a huge number of levels – 125 to be exact – it lacks the polish and variety you would expect from a clone of a game over three decades old.

The core is the same as it has always been – you take control of a paddle and strike a ball to eliminate an arrangement of bricks above it. Items fall from random bricks that include power-ups such as widening the paddle, speeding up the ball, and shooting a rocket that explodes many bricks at the same time. 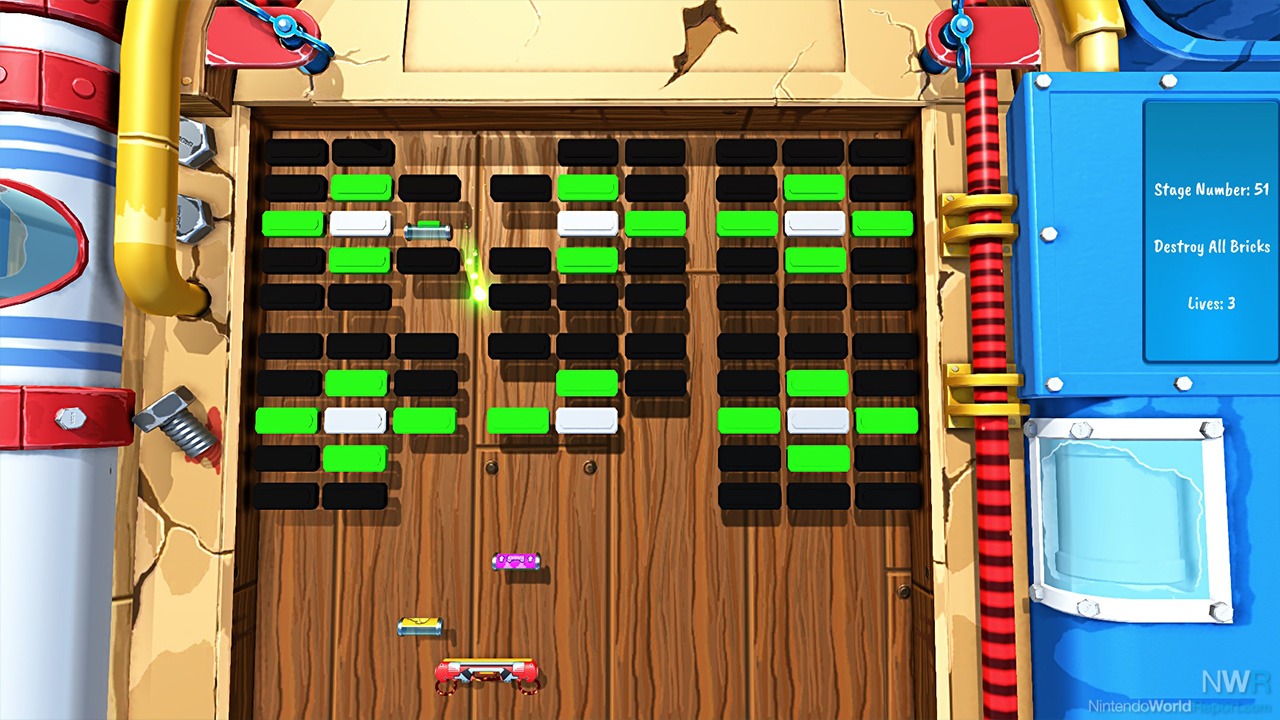 The relationship between the paddle and the ball isn’t what you would naturally expect, and I question why the developers chose to defy those expectations. Instead of interacting naturally, the ball changes direction based on what side of the paddle it strikes. This combined with a few milliseconds of delay make for a clunky feeling experience as opposed to the smooth gameplay I know this genre is capable of. There are black bricks that require three hits in a row to be broken, but the control scheme makes it difficult to ensure the ball will arrive at the same place each time.

Typically in an arcade mode you would expect a “high score” or “best time” to encourage beating your previous performances in a level. Glaive doesn’t have any of that – the only goal you have is to complete one level and move onto the next. While some of the levels felt accomplishing to complete, others were unnecessarily bothersome to get through. Quite a few times I was waiting for a minute or two just for the ball to come back down to the paddle. It wasn’t my fault – the levels simply would trap the ball between too many walls and barriers. At this point, it is much quicker to just start the level over again – losing all my progress to that point. 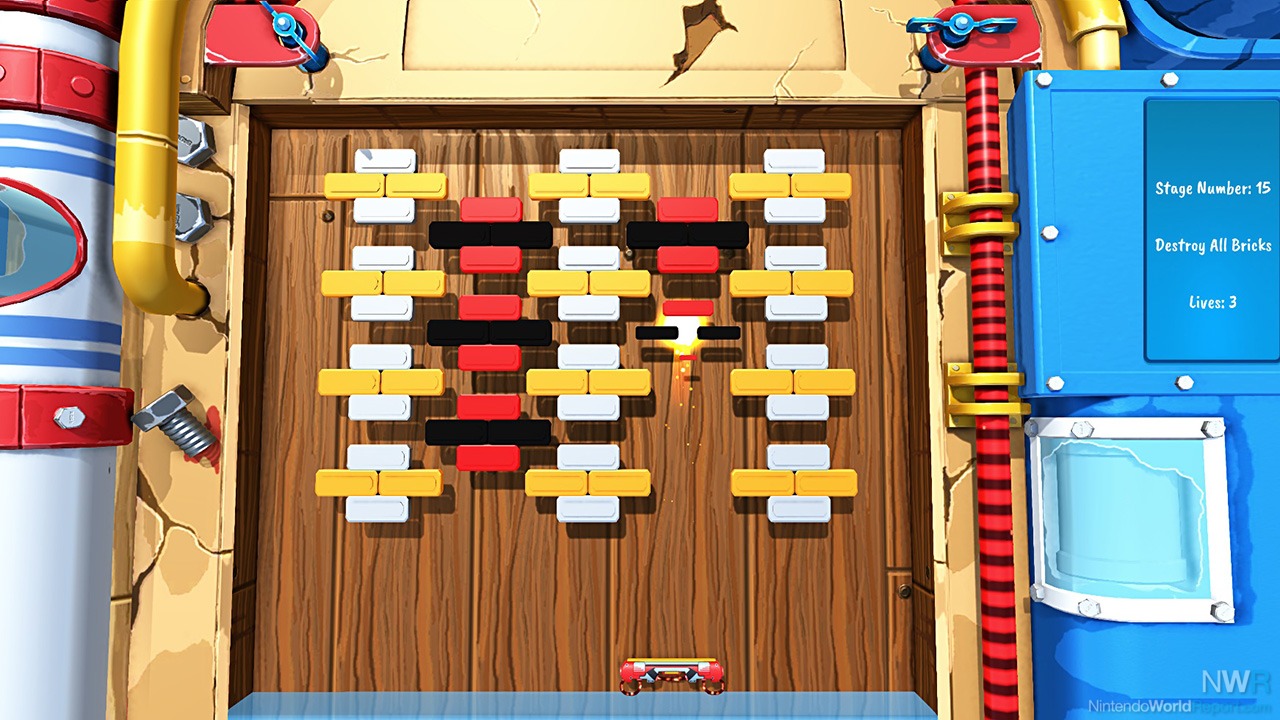 Visually, Glaive has a nice wooden background but no option to change it. It was pleasing at first but after playing for a few hours I wish there was something else to look at. The menus and text are in a hard-to-read font and not intuitive in the slightest. The stage numbers are insanely small and trapped by the edge of the screen – not very easy to read. The soundtrack rotates between a few techno tracks and a retro-inspired one. No consistent theme is apparent between the game itself and the music, but the tracks are relaxing and set a chill tone.

Everything about Glaive: Brick Breaker feels like a generic Breakout clone. There is just nothing here that sets this title apart from the countless variations on this formula seen in the past. If it was at least smooth it might have been a good, simple distraction. Unfortunately, this game is far from refined and feels like a rushed adaptation of something that has been great in the past.