Play this game because the animal sidekick's name is Tincan.

When it comes to adventure and puzzle games, they can be tricky to design because a heavy amount of the content is teaching new mechanics that can evolve into more difficult challenges. Attempts at this often fail because they introduce too much without a prior explanation. The Way Remastered takes on this challenge, and ends up landing near the middle of the spectrum, but closer to the better end. 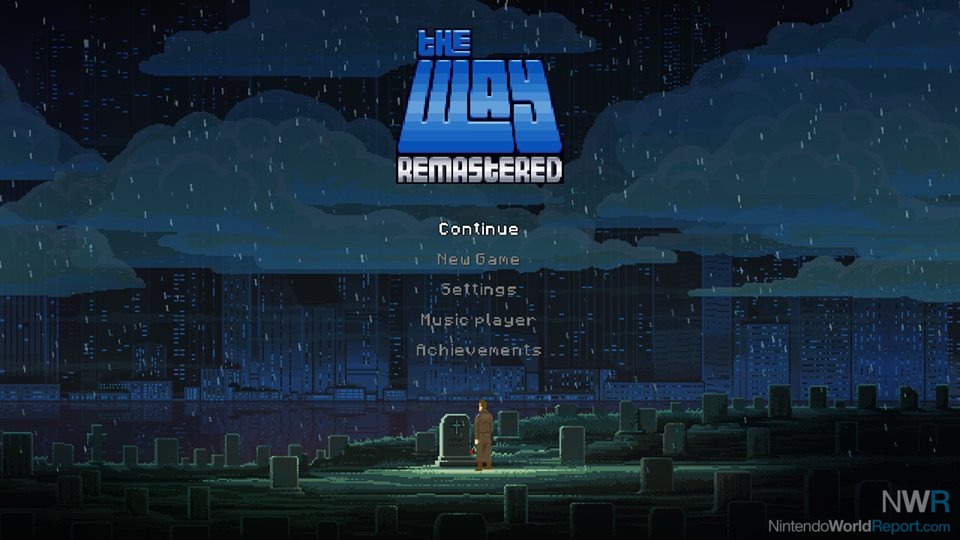 Puzzles are the breadth of content in The Way Remastered. You step into the shoes of a scientist named Tom who is grieving over the loss of his wife and has constructed a plan to revive her by finding some MacGuffin that is said to grant immortality. As far as a narrative goes, that's it. In doing so, a large amount of tasks are available to complete that are solved via the puzzles in the environment. Expect to see some "reflect the light beam" and "watch the timing of this obstacle" puzzles. Some of these are exceptionally well done and I really enjoyed solving them. A majority of the puzzles are created in a good progression of difficulty, some very unique that gave me the coveted "a-ha!" moment. And of course, a handful of puzzles left me scratching my head, wondering what I was supposed to do because the objective was brand new and fairly complicated. The good outweighs the bad here. 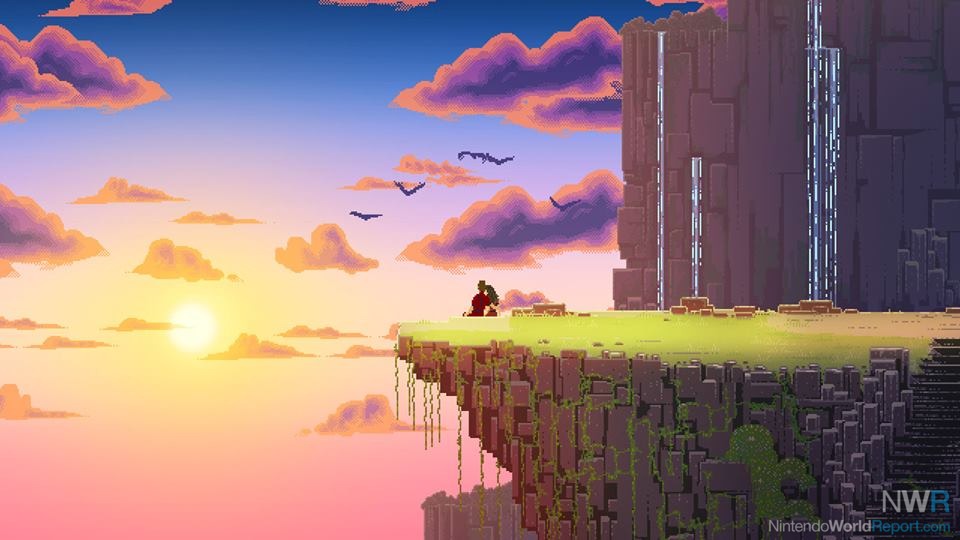 The Way Remastered occasionally felt like it was struggling to decide what kind of game it wanted to be, shifting back and forth from a puzzle/shooter to strictly puzzles, with clever ways of using the environment as your weapon instead of a gun. It wasn't necessarily jarring, but when my gun was taken away from me early on, I was expecting to get it or a replacement sooner. Instead, I was given a different tool aimed at puzzles, rather than defending myself from the creatures of the wild. There is a decent amount of basic platforming involved, but Tom does not control like a Mario or Shovel Knight. His movement is very primitive, and limited to getting from point A to B exactly as the platforms are deigned. Not a great character to control for a platformer. Many times his auto-grab onto ledges was a nuisance when I simply wanted to go down. And going down is another issue, because Tom's character is a realistic human that will die from a high fall. Even if it's a pretty short distance based on it appearing to be a platformer, the rule of thumb is to never jump down farther then one distance of Tom's height. A health bar or some sort of HP would have greatly been appreciated because Tom can not take any hits, otherwise it's immediate death. While load times are nonexistent and checkpoints are generous, I found myself wanting to push on but not being able to because of the repetitious dying to small things. Again, unsure of what the game wants to be: Shooter? Puzzle game? Platformer? There's even a bullet hell sequence at one point. 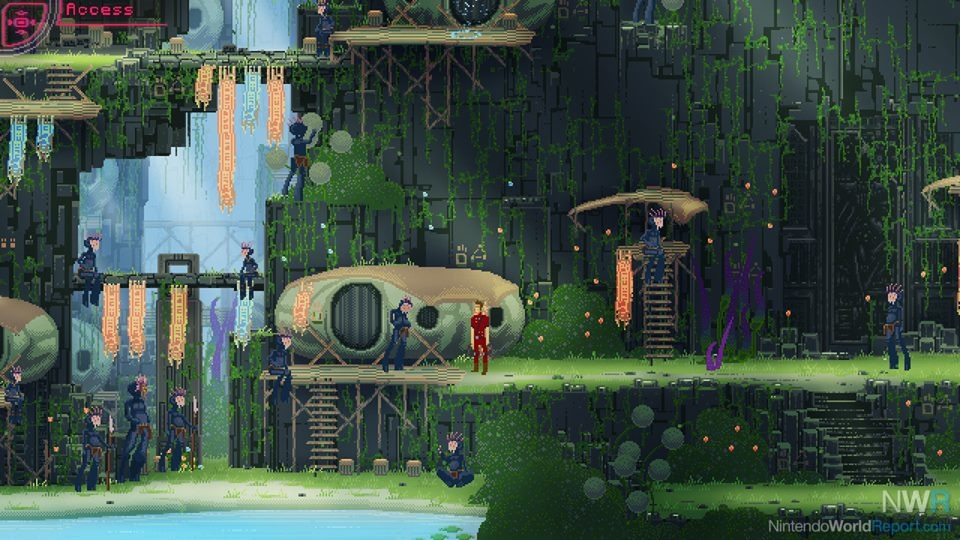 As far as the narrative goes, it's both simple and complex. The premise is the majority of the adventure, with a small plot dump at the end that returns on themes present throughout the journey. It’s got an attempt at world building with small interactive elements sprinkled throughout, like pictures and old documents. From what I could find, none of these are tracked as collectibles. The only real collectible are those memories that provide a glimpse into Tom's backstory, but even these are not hard to find; usually resting next to the objective at hand. Achievements are present in the game as well, for those who like to see them. They don't add or take away anything from the experience. I used them and the memories to gauge how far into the game I was. 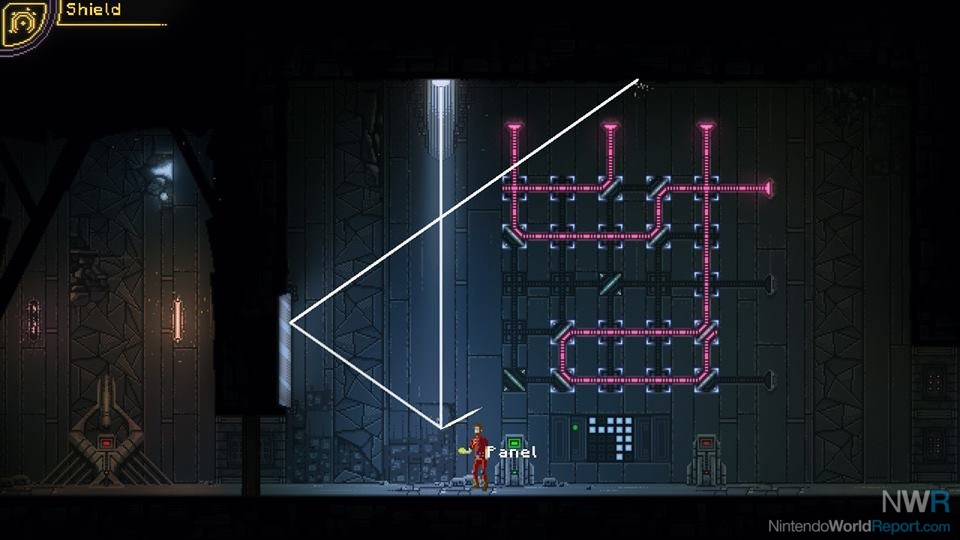 I found The Way Remastered’s presentation to be the most enjoyable aspect of the whole experience. The artwork, music, sound effects, and environments are fantastic. I was shocked at how immersive the experience was, from the beginning’s intense stealth mission to exploring the dark ruins of an alien planet. The pixel artwork is hyper-detailed, an enjoyable aesthetic that deviates away from classic 8-bit throwbacks. Even the use of HD Rumble was well-implemented. Its vibrations would change in a fashion that mimicked the puzzles and firing weapons. But outside of that, I'm swayed on the gameplay. I lean more towards it was good, good enough to recommend. Just make sure you are sure of what you are getting into. 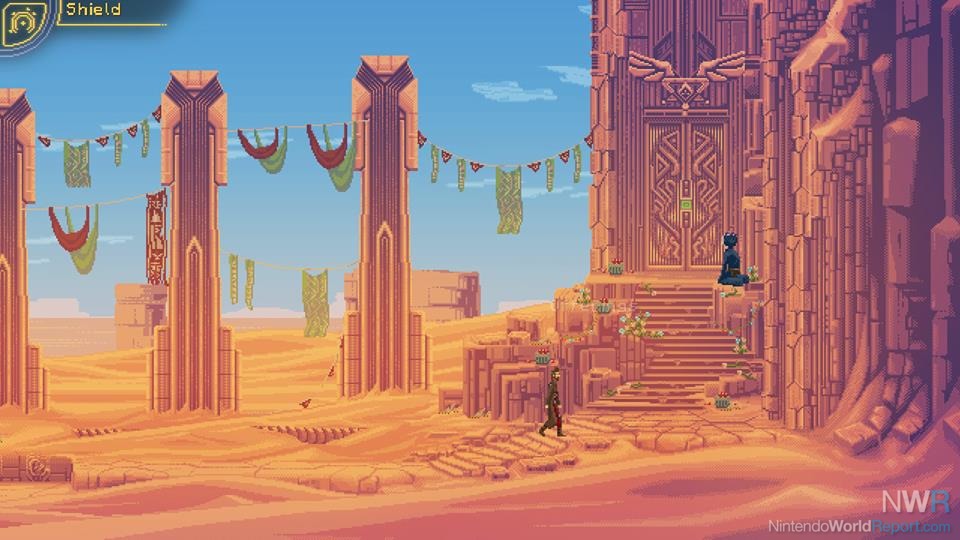 The last thing I need to mention is that as of this review, a game-breaking bug still exists in the game. SONKA has put out a statement that a patch has been completed and sent to Nintendo for approval. After roughly two hours, a second chase sequence with a large yellow animal begins, and the player has two minutes and 30 seconds to complete the boss fight, or the game will crash and delete the entire save. This happened to me, and was frustrating, and it took me about an hour to return to where I was, having known how to solve the previous puzzles. SONKA has also put out a walkthrough online, detailing bypassing the glitch.