The highs outweigh the lows but it’s still over before you know it.

Light Fall is an artsy, story-driven 2D platformer that falls into that well-worn “Limbo-esque” style. What separates this platformer from similar ilk is its focus on deft movement. Your small, plucky hero glides along the ground and can perform stunning feats to avoid obstacles and danger as you master traversal. When the game focuses on that aspect, it excels, but unfortunately it doesn’t always stick the landing.

But before you even dive into the intricacies of the jumping, the story takes center stage. The world of Numbra is deteriorating with its gods lost and its surroundings in disrepair. Your little fella meets with an owl named Stryx, who serves as the narrator. Well voice-acted, this owl bounces between being an expository device and a jocular curmudgeon. Aside from some nicely executed emotional beats, I can’t say the lore and story of Light Fall ever grabbed me. The enchanting visual and audio design made it so the story bits never dragged. 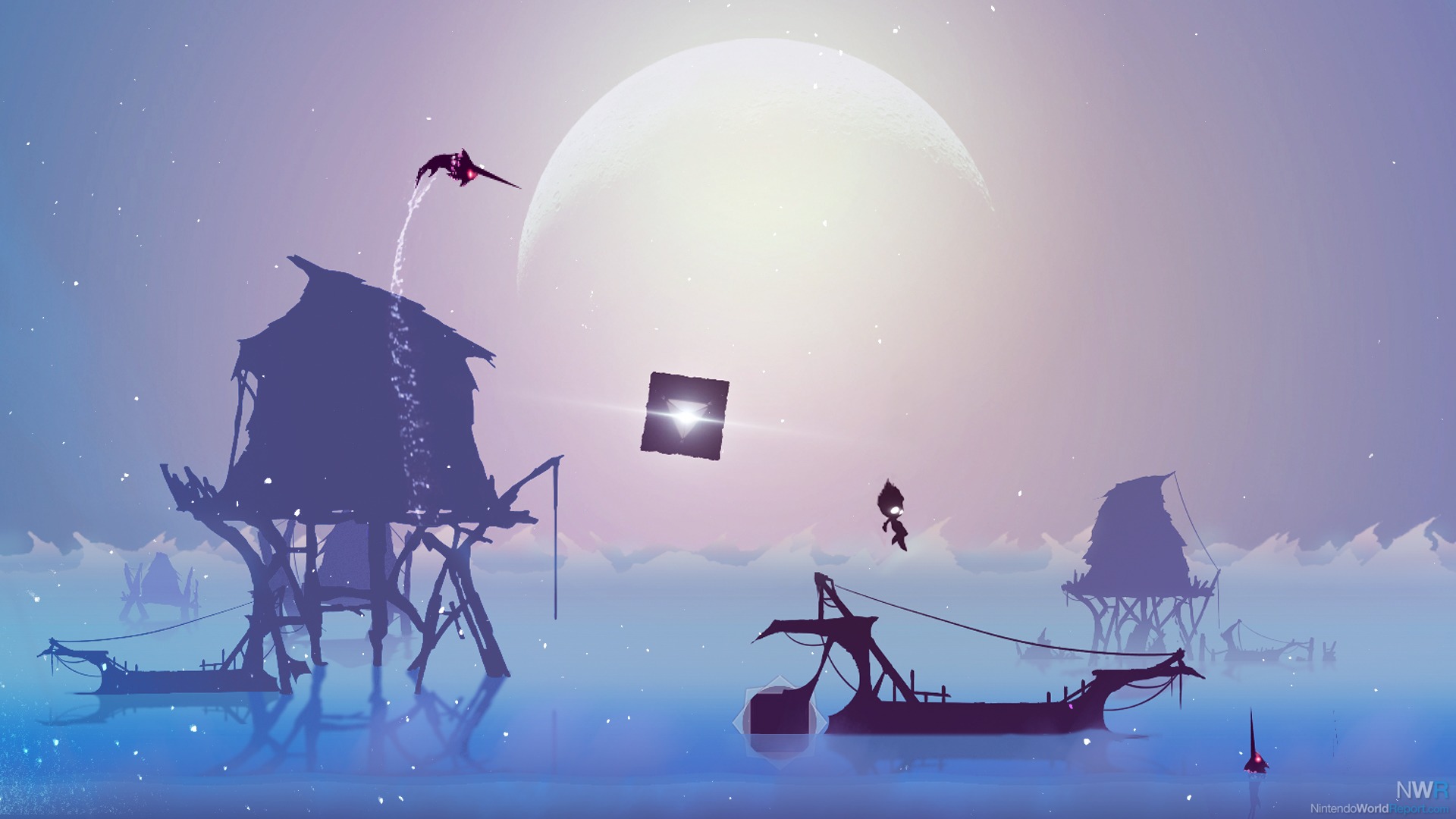 Once Stryx sets the scene, the relatively straightforward platforming levels are the goal. Most of it is running and jumping, but the Shadow Core adds a nice twist. With the press of a button, a block appears at your feet, giving you another surface to land on and jump off of. It works in such a way that, if you have the skill, you can drop blocks as you move to keep your momentum going. Naturally this power has limits as you can only have four blocks out before you have to touch actual ground to regenerate. The Shadow Core is also used for puzzle solving, as you can place blocks in front of obstacles or use them to interact with devices and enemies. For essentially just being a block, it has a number of uses that are all in service of making your movement elegant and cool.

The whole adventure spans four acts with a few levels in each. Mostly linear, it can be completed in a few short hours. It skews a little on the harder side, but the difficulty curve is a consistent climb. My biggest complaint is that the checkpoints in the last few levels are too spaced out, making these final challenges far more frustrating as you will likely have to repeat segments that you already figured out more times than are fun. The few boss fights that are present make great use of the emphasis on platforming and movement, with the lone exception being a final boss that veers too close to maddening, taking place in a sparse environment and deemphasizing the joy of movement.

Each level has a number of secrets and challenges that lead to collectibles for the completionists out there while the speedrunners can rev up their engines in the specific Speedrun mode that is backed by online leaderboards. From my perspective, I’m more or less done with Light Fall after my initial playthrough, as I am neither a completionist nor a speedrunner. That being said, the deliberate separation of the story and speedrunning is a smart one, offering different ways to experience the same levels.

The game runs very well on Switch, as I ran into no issues on TV and in handheld mode. As far as other system-specific features go, it makes fantastic use of HD rumble. It’s not necessarily in your face, but the rumble is constantly there, accentuating a moment here and there and making a boss fight just a tiny bit more tense. The usage is thoughtful and subtle, a little farther away from some early uses that just cranked the vibration to 11.

Even in its brevity, Light Fall is a great 2D platformer that succeeds by just feeling right. Your hero feels fluid and in the moments where it all clicks, you essentially dance across the screen. It’s just all over rather quickly. I like Light Fall a whole lot and I could have stood for some more of it, maybe with some less spaced-out checkpoints and a less disappointing finale. As it stands, it’s good game that ends a little too soon.