Still trying to figure out where this falls in the Star Fox timeline.

As the higher priced of the two currently available Labo kits, the Labo Robot Kit has quite a bit to prove. While it was immediately obvious that the build itself would be significantly more intensive that the Toy-Con available in the Labo Variety Kit, I also went in hoping for a more substantial game experience rather than a series of minigames. 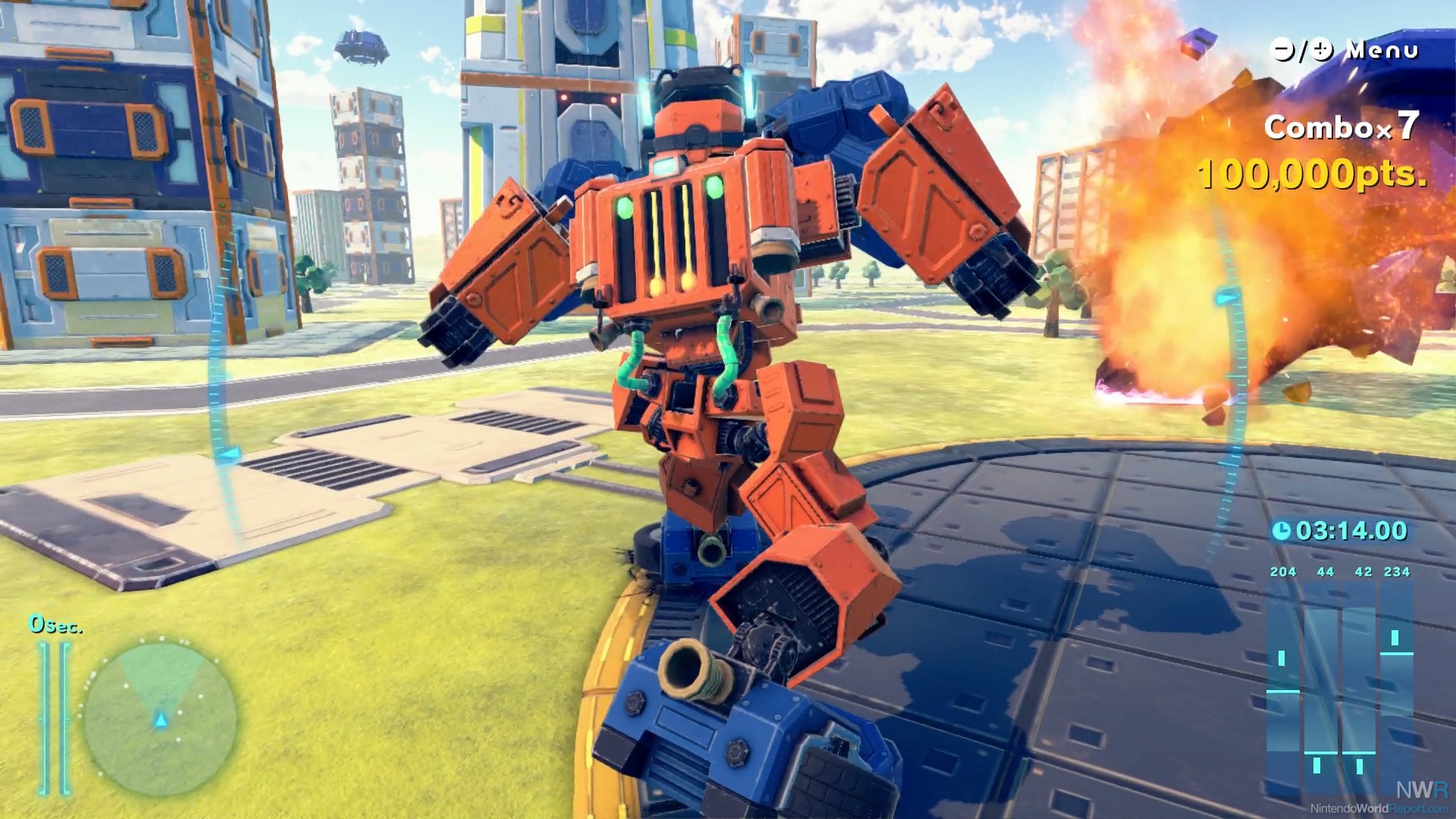 Let me start by saying this: if building yourself a cardboard robot suit doesn’t sound fun to you, I wouldn’t recommend buying this (or likely any) of the Labo kits. The vast majority of the time you’ll get out of the Labo Robot Kit will be spent building. In total it wound up taking me about three and a half hours from start to finish. On the other hand I was able to complete the entirety of the game’s traditional content in 90 minutes or so. Granted this doesn’t touch on the limitless possibilities present in the Toy-Con Garage mode, which allows you to create your own contraptions. But all in all, if you approach Labo as a traditional gaming experience, you’ll likely be disappointed. This isn’t to say the experience is bad, but you’ll need to approach it from the correct context. 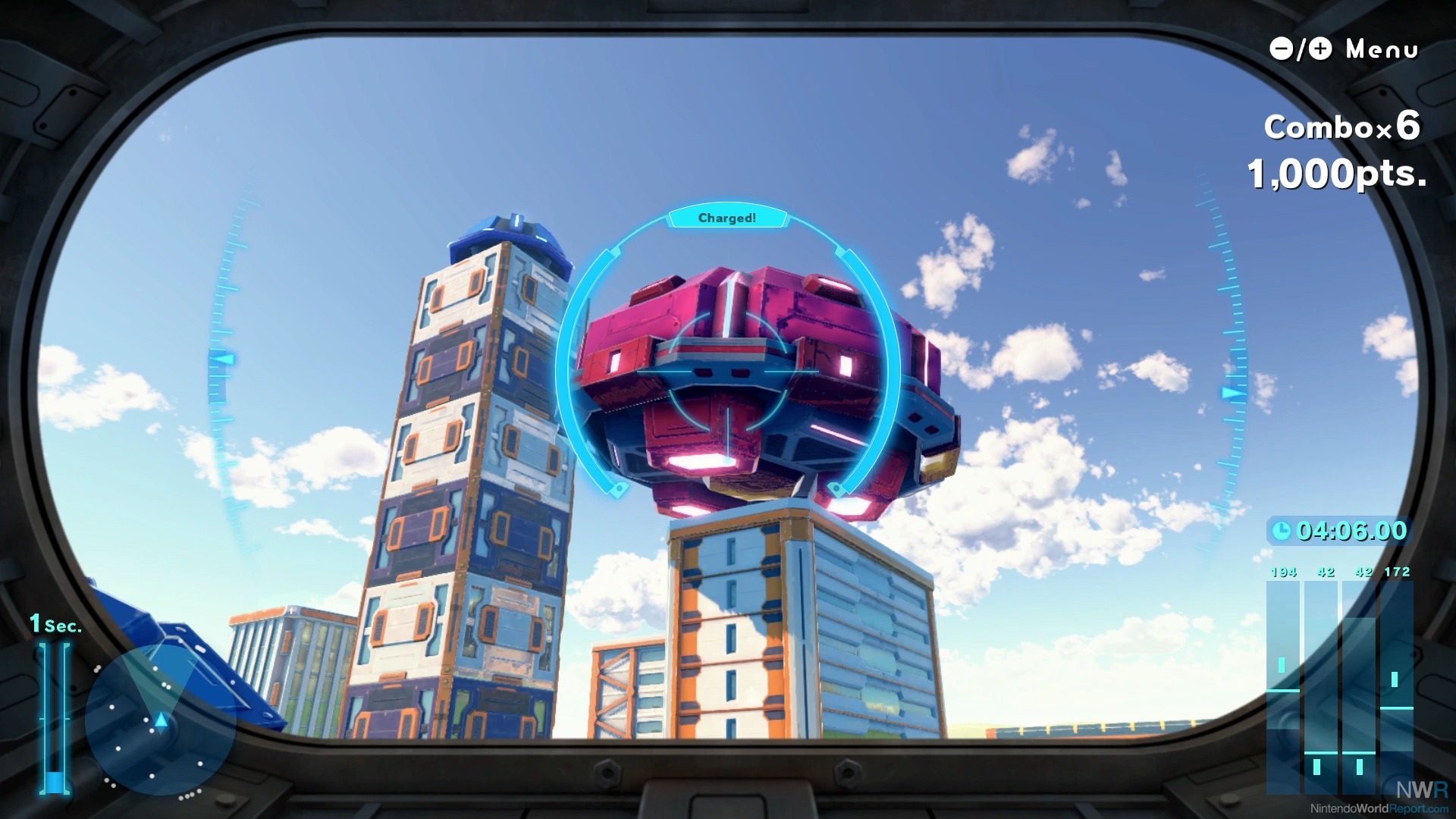 Even as a fully grown, 26-year-old man, I found putting together the kit itself to be very fun. Starting from small flat pieces of cardboard and building upon each one until literal machinery starts to emerge before you is nothing short of amazing. That “Aha!” moment as I realized how my arms and legs would interact with an array of weighted pistons to signal the small IR camera in the Joy-Con was immensely satisfying. Having a fully animated, manipulable model of every step in the building process meant that construction never got frustrating. The one exception being the top of the backpack strap, which required a lot of folding back upon itself, making creases hard to hit. In general however construction was smooth sailing from start to finish, and it made me wish that all my furniture came with instructions via a Switch cartridge. While construction isn’t difficult I do wonder if the average child would have the attention span necessary to stick it out to the end. More likely I suspect parents will be finishing the project on their own while their child gets bored and goes to find something else to do. There is likely a sweet spot around the 10 to 12-year-old range where a child would both have the know how to complete the kit, and still be dazzled by it afterwards.

Once completed the backpack is surprisingly sturdy. It's important to remember that you aren’t looking at a simple sheet of cardboard. Inside are multiple reinforced structures that help the entire thing maintain its form. I’ve tossed it around, tugged at it, and intentionally put too much tension on the strings used for the arms and legs without any perceivable damage. The one part I could see taking an easy beating is the visor, but this is also the most easily repaired. 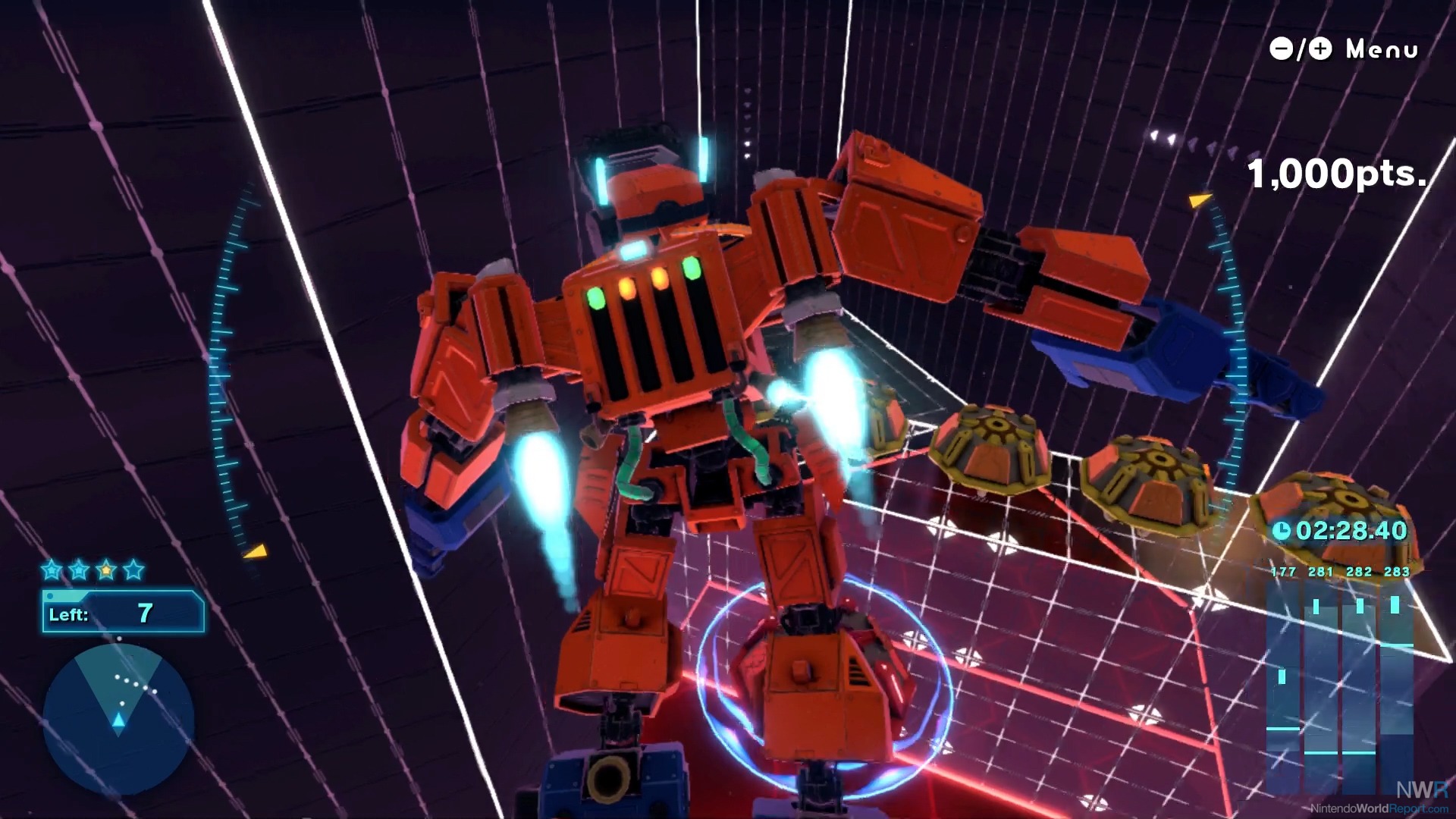 Once you do get the robot all put together and you’ve strapped yourself into it, you’re dropped directly into a city and told to start punching things. It took me a moment to get the length right on all the strings, but once I did I was honestly amazed by how accurately my movement was tracked. Once my tour of destruction ended, I wandered through the menu to the challenge mode. This is where the real meat of the game portion of this Labo kit can be found. Challenge mode is separated into four categories with three levels each. Each level then consists of four individual challenges. There is also a hidden UFO in each challenge that can only be found by flipping down the visor and entering first person mode. This mode offers some interesting scenarios, but if you’re a seasoned motion control pro, you’ll likely blow right through it in an hour or two.

While it may be more substantial than the majority of the existing Labo experiences, ultimately this is more an educational craft project than a game. As such, much of the enjoyment of Labo hinges on the participants enjoyment of making the Toy-Con itself. As for myself, I had a lot of fun building the Robot Kit, but I question whether it felt like $79.99 worth of fun. With only one project the Robot Kit might be best saved for Labo enthusiasts.

Hmm I think I'll stick to my Gundam kits & hope for a real life Build Fighters.

Thanks for the review. Shame the game part of is so slight, though I don't know what I expected. 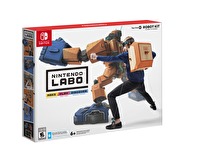