Buckle up! It’s going to be a bumpy ride.

I’m not what you would call the best driver. Sure, I can get from one place to another, but not without worrying at least a bit about the lives of those around me. Maybe driving would be easier if we just take away the car’s brakes. It would be one less thing to think about, right? Brakes Are For Losers does that and I was wrong- it is definitely easier to drive with brakes. 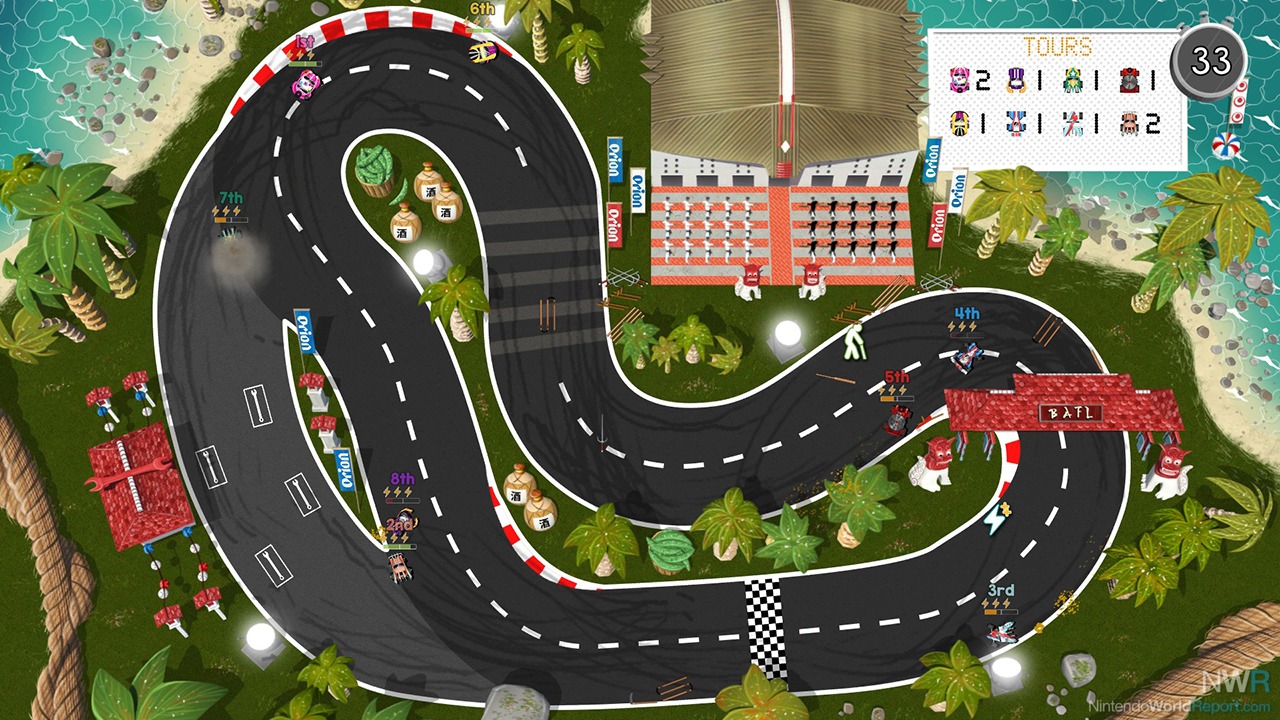 In addition to removing brakes, the cars in this top-down arcade racer go very fast. The main objective is to just get through the tracks without bumping into anything. Controlling the car is a challenge at first. I struggled to make even the most simple turns without hitting walls or getting trapped in an unwanted pit stop. It took a while to get the feel of how to control the vehicle, which led to the gameplay becoming less frustrating. This is a test of precision, especially when considering other cars and obstacles.

I spent most of my time in the time trials. My desire for perfection made it hard to put down. You need to learn how to focus or you’ll end up driving into walls, with even the quickest bump setting your time back quite a bit. Each track has time goals that earn you up to three flags. After getting a certain amount of flags, you unlock more tracks to play. Tons of replay value is nestled in here as you not only want to beat your high score but get all the flags as well. 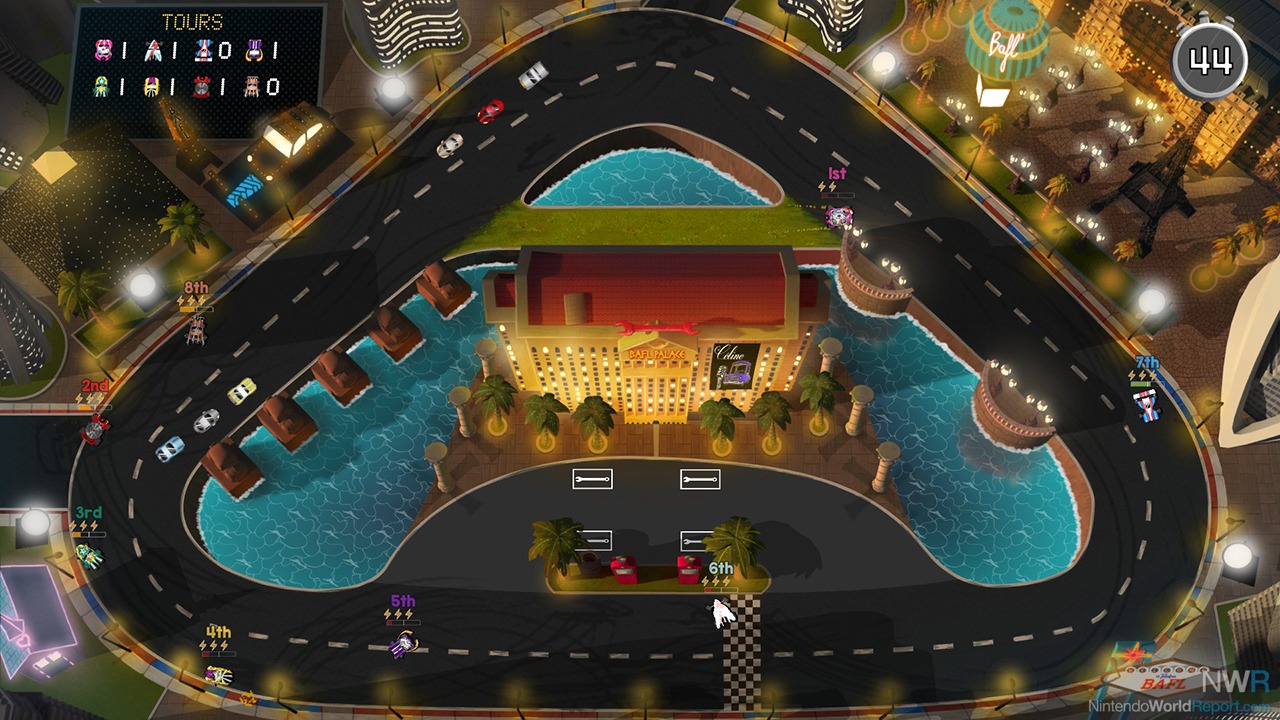 The championship mode offers a different challenge. Instead of trying to beat yourself and the time goals, you race against seven other cars. After each track you earn a certain number of coins that you can spend leveling up certain stats. Some stats, like speed, may sound good but may possibly not end up so well for you. You need to master your strategy in choosing which stats work best. You can even purchase brakes - at an impossibly high cost.

When playing, it feels like you’re actually looking down on a toy race track. Although I love the way the cars look, they appear very small. On the Switch’s small screen in handheld mode, this can be problematic. I found myself constantly squinting to try to figure out which car was mine. Playing on a larger screen makes this easier but the game’s short play sessions leave it begging to be played on the go.

Brakes Are For Losers is an addicting and fun challenge. You’ll need to react quickly and master the wacky physics to maneuver thru the wide variety of tracks. The top-down style is something not used very often so it is refreshing to see here. Between unlocking more tracks, beating your high scores and showing off against your friends, you’ll keep coming back for more.