You know what they say about square pegs and round holes.

First released in 2016 for PC and developed by goonswarm, Alteric is a puzzle platformer in the vein of Super Meat Boy and Thomas Was Alone. The description on the eShop suggests that Alteric is the nefarious concoction that arises from the mixing of Thomas Was Alone and Dark Souls, but it ultimately lives up to neither. The objective is to move your avatar, a white square, from one end of each stage to the other while avoiding pits, spikes, lasers, saws, and bullets; you are aided in this task by the square’s ability to double jump and a smattering of checkpoints. Like an oasis in a desert, those checkpoints make some levels in the game tolerable, but do you really need an oasis when you’re 90 percent of the way through the desert? 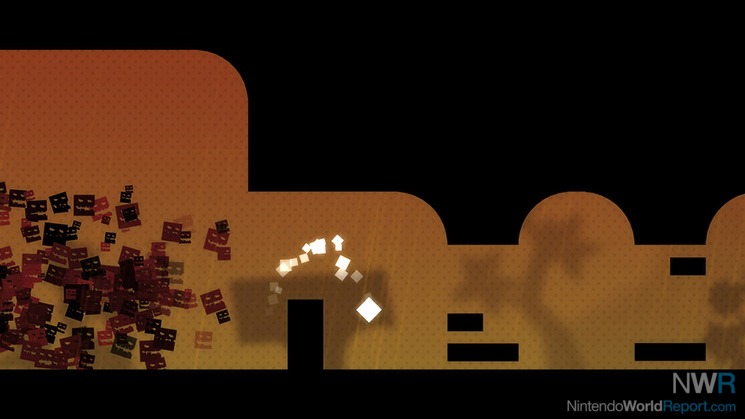 A few interesting mechanics are worth touching on. The first is that with a single button press, you can switch between worlds to reveal hidden platforms and different patterns of obstacles. In practice, this amounts to swapping the background color palette and removing a wall blocking your path or a saw guarding a ledge. You won’t see any major changes in each level from an aesthetic point of view, but some neat puzzles require the player to quickly flip back and forth between the two worlds in order to progress. In addition to the world swapping ability that you have basically from the outset of the game, you eventually gain the ability to create a clone of your square that stays in place until you form another one. Gravity-swapping blocks add another dimension to the game, but the shortfalls far outweigh its accomplishments.

One glaring issue with Alteric is that the game is incredibly short. Three worlds of 10 levels each make up all the content, with the final level of each world being a boss battle. The boss fights add variety to the game, but the final boss of the game is bugged and may be unbeatable unless you know a specific trick for avoiding the bug. The 30 levels can be replayed from the main menu screen, but there is no real reason to go back and complete stages again given the lack of a timer, scoring system, or hidden collectables. Considering the relative simplicity of the stages, it is surprising that the game doesn’t have more of them. 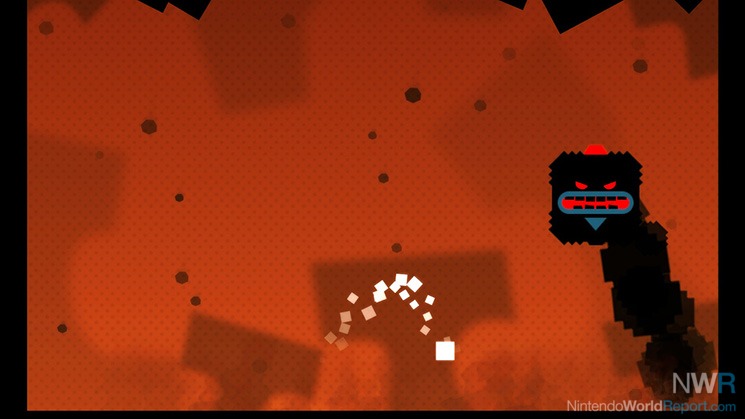 A second issue is that the square controls in an awkward and frustrating way. The best way to describe the feel of the game is to imagine playing an ice or snow stage in a Mario platformer. Your square slides around constantly and will tumble down if too close to an edge; once tumbling, the jumps and movements become even trickier to make. Some stages require incredible precision, and even the most skilled players may find themselves fighting the physics of the game.

Alteric starts off basic and fun, but it is not for the faint of heart. The between light and dark and the colors of the two worlds do make the game visually appealing. Unfortunately, the lack of content and the game’s physics make this title a hard one to recommend. One particularly difficult stage took me over 200 tries, and almost had me break my Switch in two; maybe the Dark Souls comparison is apt after all.