These boys need to come up with other ways of getting to shore.

There isn’t a word in the pitch for Burly Men at Sea I don’t like: a quirky tale that tells a slightly different story based on your choices, with each branching path taking between 20 and 30 minutes to complete. What’s more, the minimalist graphics are pleasing to the eye, a lot of the creature design is just too darn cute, and the human-voiced sound effects and music fit the tone perfectly. 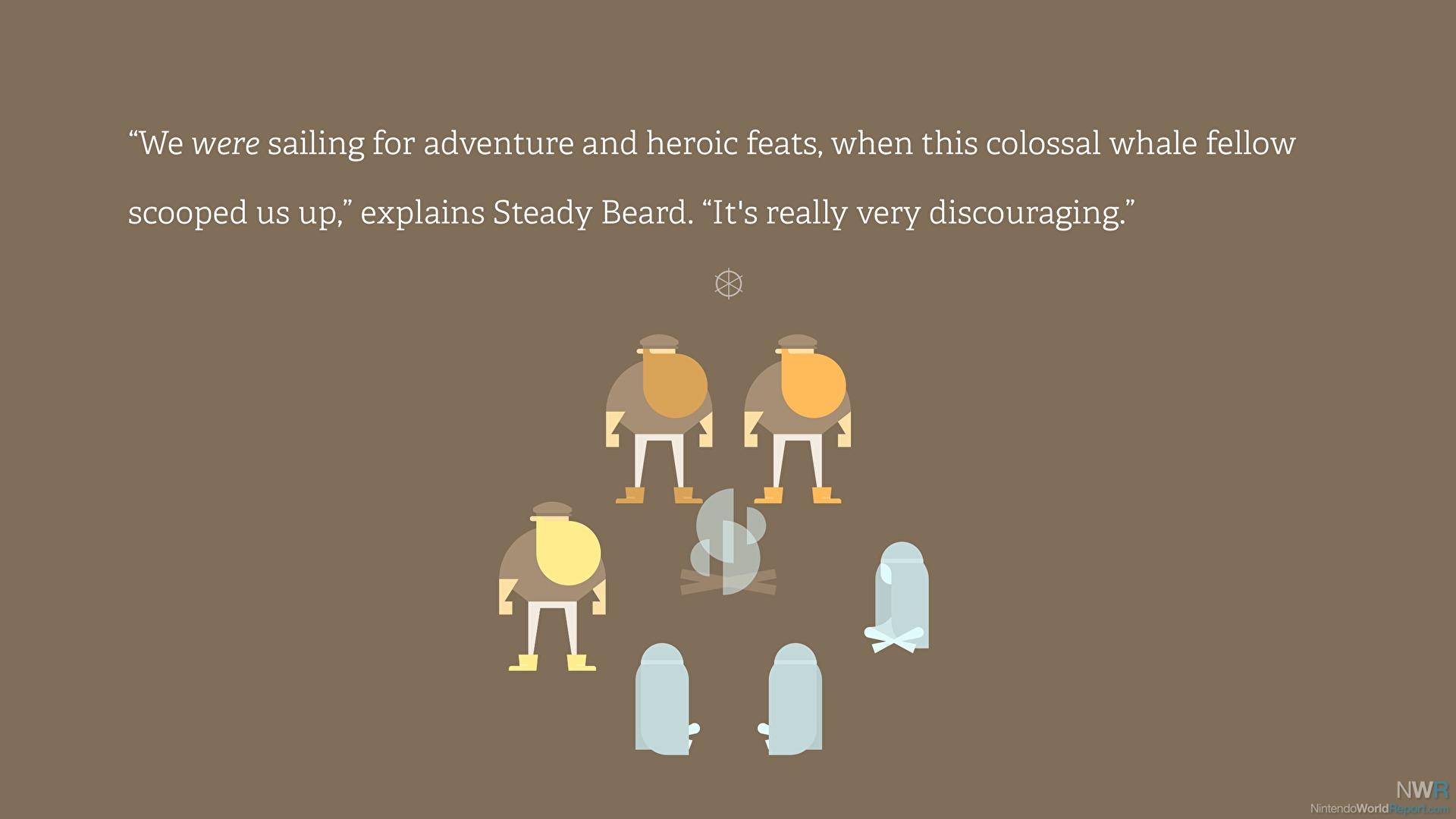 Indeed the game makes a great first impression. I was fully on board to follow the adventures of the three Beard brothers, Hasty, Brave, and Steady, who on a fishing expedition find a bottle containing a map promising adventure. Setting sail for the unknown, they are promptly swallowed whole by a gigantic whale, and the course their journey takes from there is up to you.

There are few puzzles to speak of in the game. Most of the time, choosing the way forward is as simple as picking a direction. Occasionally, it is not so obvious that you are at a fork in the road, but usually on subsequent playthroughs, the dialogue will let you know you can choose differently.

I had a great time during my first two playthroughs, getting two fairly different outcomes. It helped that the second playthrough yielded different dialogue since the story loops in a way that doesn’t reset everyone’s memories: characters recall you passing by before. 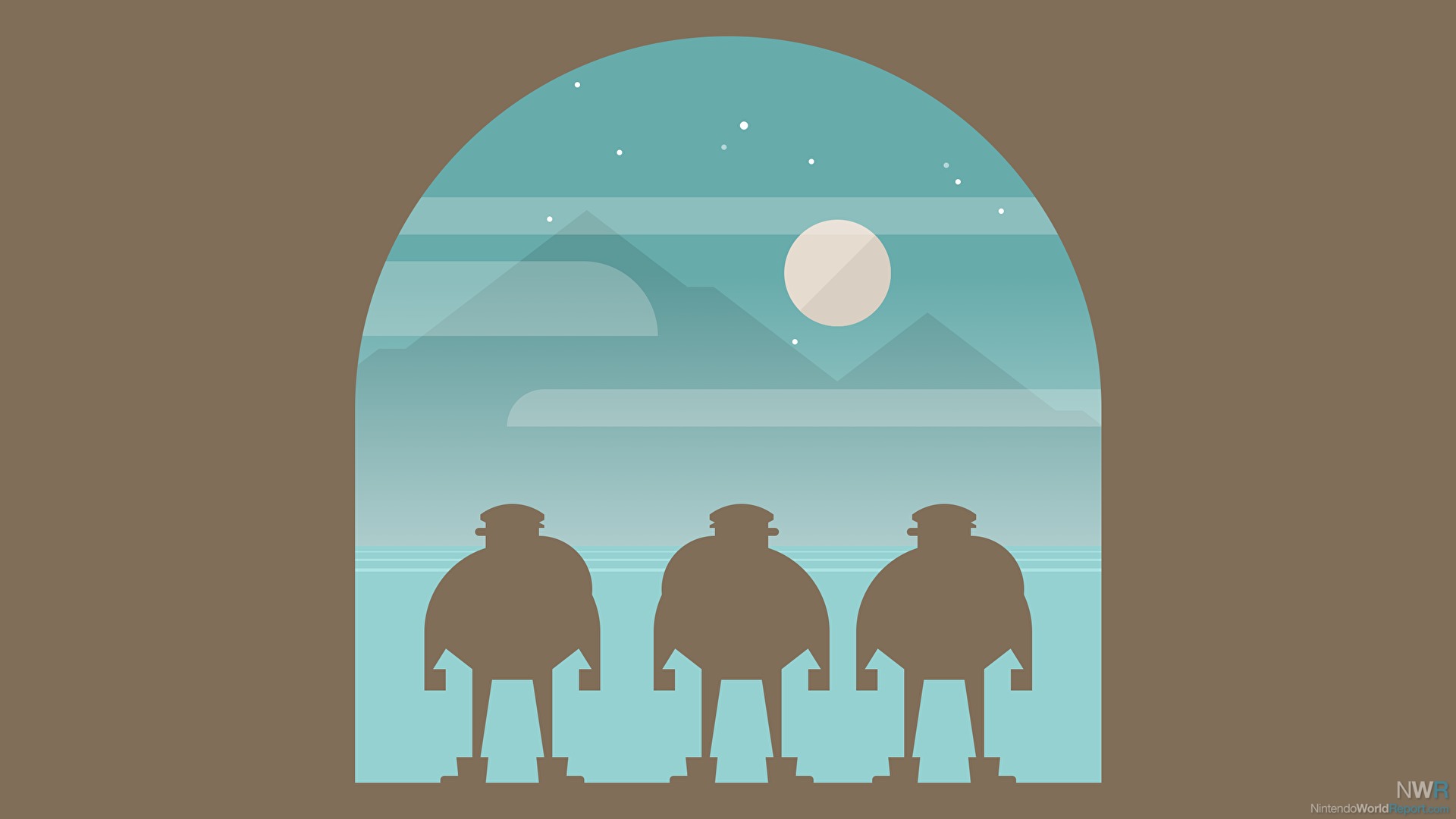 Unfortunately, the third playthrough is when you start getting diminishing returns: the dialogue remains the same as on the second playthrough, and you start realizing that while the middle part of your trek can have you visit interesting places and meet a variety of characters, your starting point is unchanging, and all 12 possible paths lead to only two outcomes. In a scene you can’t skip or fast-forward through, you slowly make it back to the starting island either on some vessel, or by walking on the seafloor.

The game seems to be going for a “the journey is the reward” theme, but watching the same two endings again and again quickly grows tedious and diminishes what came before it. Finding an untrodden path isn’t exciting anymore when you know exactly where it leads. The story, however charmingly presented, lost its grip on me once I became aware each new situation I found myself in would have no payoff.

Bummer. I was hoping it would have improved after listening to you talk about it on RFN. 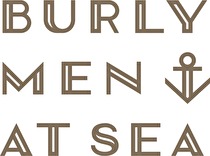