Sadly, there’s more than one way to crash your bike.

More often than not simplicity in games can be a good thing; Refining and polishing a specific aspect can make it both fun and accessible to anyone. However that isn’t always the case and that is very apparent in Urban Trial Playground. While the game relies on two distinct game types, racing and performing tricks to rack up points, it fails to give enough abilities to make it more than fleetingly entertaining. That’s not to say it’s completely devoid of fun, but with only minor customization options, a decent presentation, and a bunch of software crashes, what you’re left with is a middling experience at best. 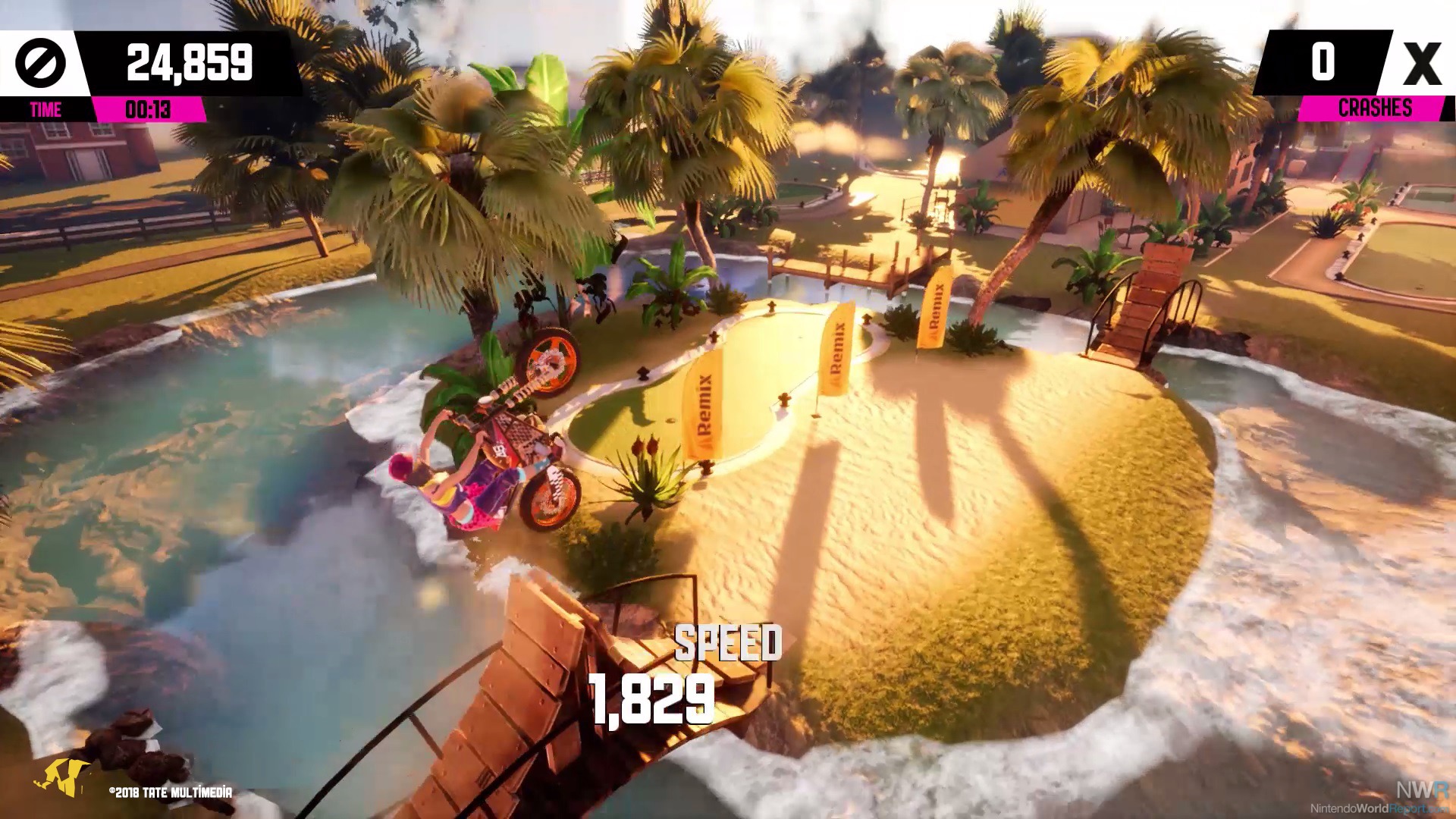 Urban Trial Playground is a stunt bike racer that features two styles of play spread over more than 50 similar, but different levels. The first type is racing from point A to point B as fast as possible by executing smooth landings and avoiding contact with the few obstacles in the way. The second is a score-based, playing identically to the timed mode, but the emphasis this time around is completing tricks along the way to earn a high score. Now when I say from point A to point B, I mean just that. The bike travels along a straight line and player agency comes from accelerating, braking, jumping, tilting the bike to land at the proper angle, and lastly doing tricks. I found this to be an interesting design decision, but liked that it put the onus on maximizing your speed or performing tricks. And this would have been a fine place to put the focus if not for the very limited skill set. Racing stages are a complete bore where adjusting the landing angle is really the only thing of importance. The trick-based levels are definitely way more fun, but you’re limited to jumps, wheelies, and flips. With such a small number of tricks at your disposal, almost every score-based level resulted in an identical approach: do a back or front flip off a jump then try to hold a wheelie for as long as possible until the next jump. While it allows the player to fully digest the control scheme with extreme ease, it also dumbs down the game making it monotonous after clearing just a few levels. 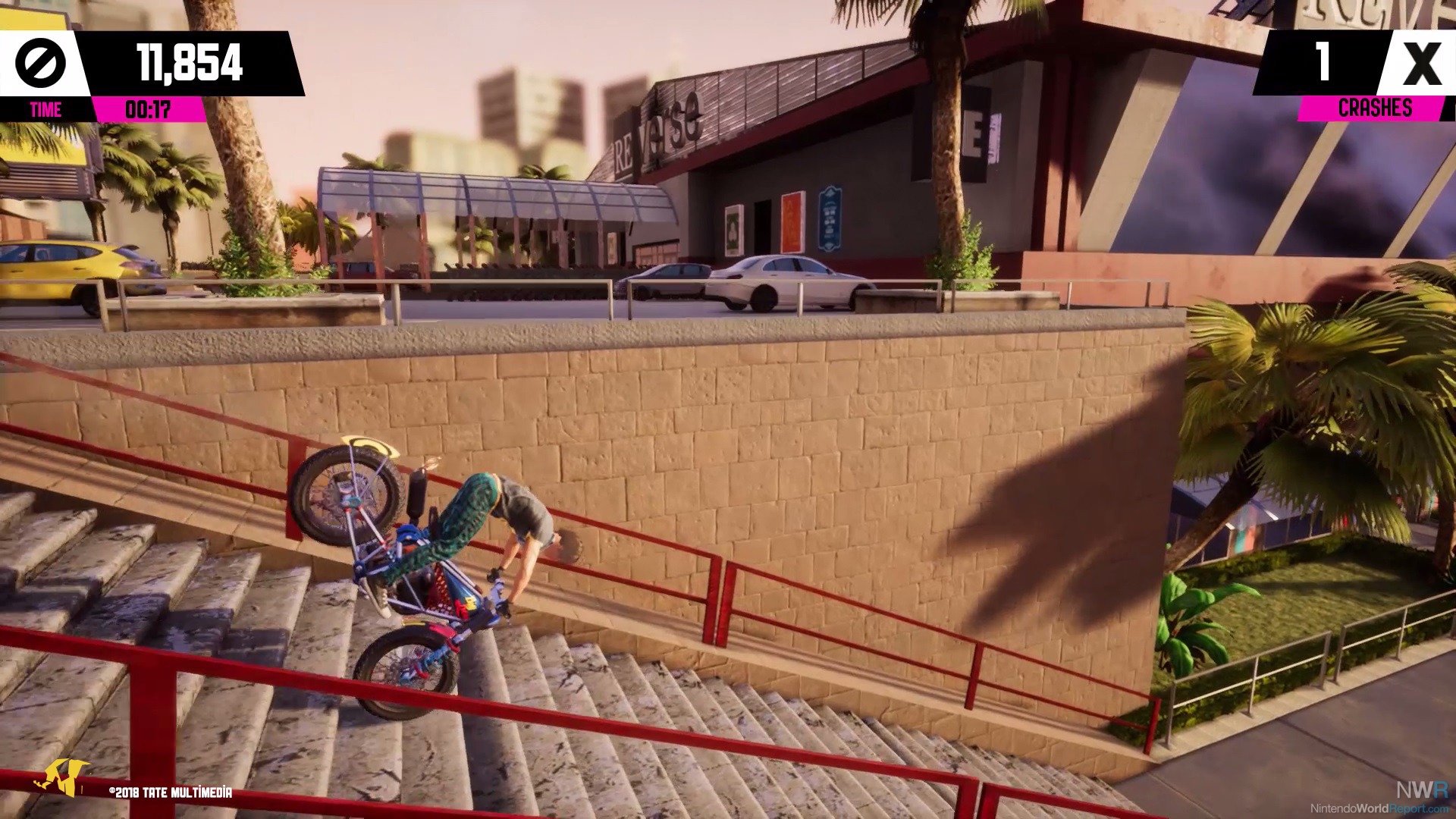 While the main goal will always be either hit a certain time or score, optional challenges are sprinkled in to try to complete. These aren’t necessary to get a five-star rating, but completing them nets you some extra points towards earning a better score. Sometimes they’re as simple as not crashing, but others add some trick-based incentives such as doing a front flip a certain amount of times before hitting the finish line. A few instances in the timed levels, the challenge will be to be a certain time to secure a five star rating, but otherwise I was able to mostly ignore them and still score well. In addition to the challenges, little circular chips are hidden in each stage to collect and use to customize your racer and bike. Customization is pretty light with just a few options to change up the character’s appearance and a small number of upgrades to your bikes. However these upgrades can be substantial, making it much easier to score better and faster times. Local multiplayer allows up to two players to play simultaneously in a few different modes including a tag mode where one player gets a head start and the other has to catch them. 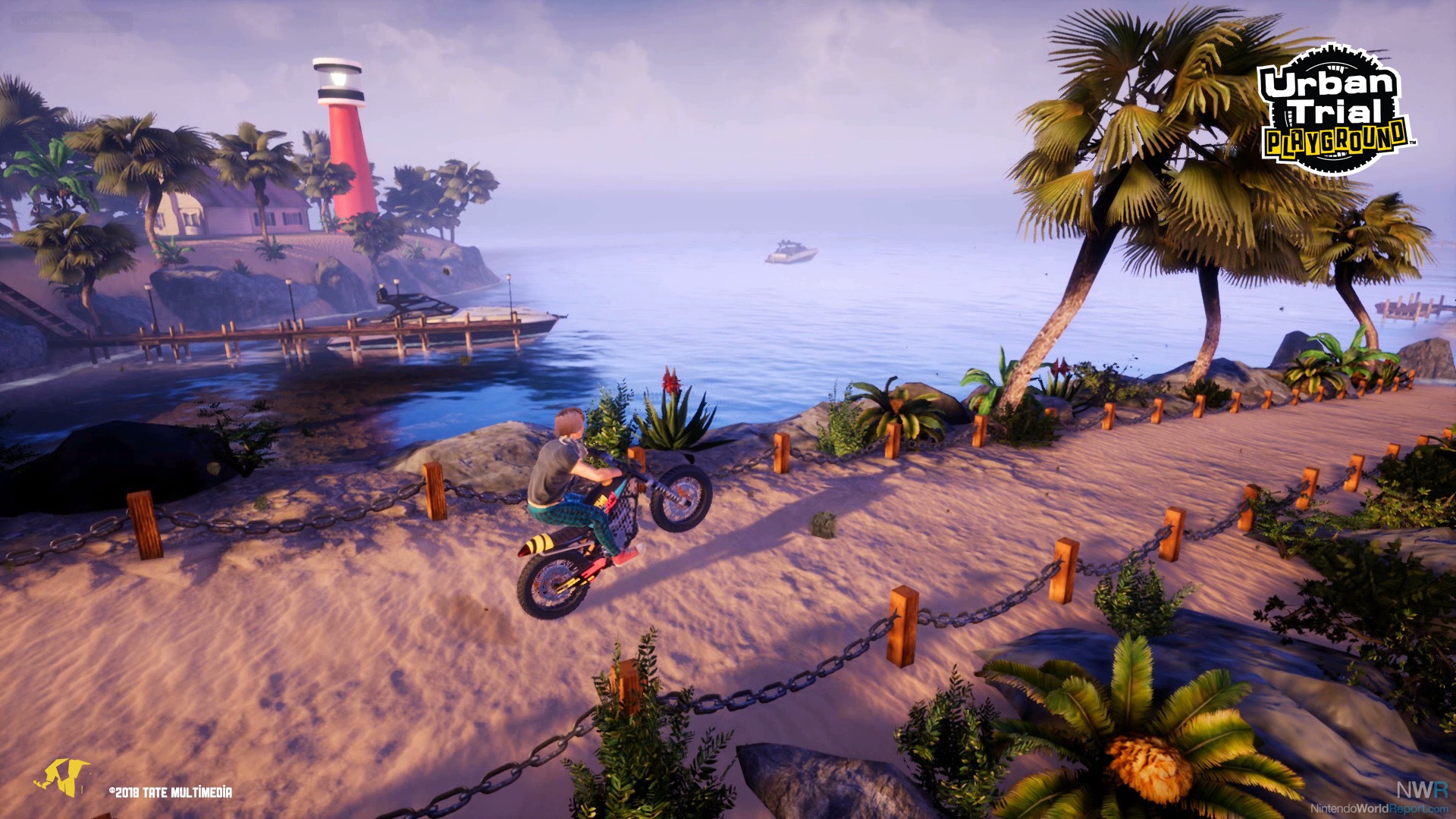 Visually, Urban Trial Playground doesn’t really jump off the page, but at times it does mess around with perspective with success. As mentioned before each level is essentially a straight line from the beginning to end, but on occasion the perspective is shifted to be more behind the rider. While this doesn’t affect the gameplay, it is a nice change that made certain jumps standout among the otherwise similar feel of each stage. Taking place in California, many of the levels have a nice weather, beach feel accompanied by a modest soundtrack that doesn’t stand out, but fits well. Performance is solid, rarely ever having slowdown or frame rate issues, but where I ran into problems was with the somewhat frequent software crashes. These always occurred when restarting a level, which is a common practice when attempting certain challenges or just trying to beat your old score, and quickly became frustrating. It didn’t happen every time, or even every other time, but it was frequent enough that I found myself hoping I wouldn’t have to reboot the entire game again.

Urban Trial Playground does a few interesting things, but they’re overshadowed and ultimately held back by a number of factors. While I found the scored-based levels that relied on tricks to be more fun than the racing sections, gameplay is just not deep enough to be engaging for more than a short period of time. Couple that with the somewhat frequent software crashes and it’s easy to see how this ends up becoming a forgettable experience.