I hope a sequel is made called: Jobs vs King 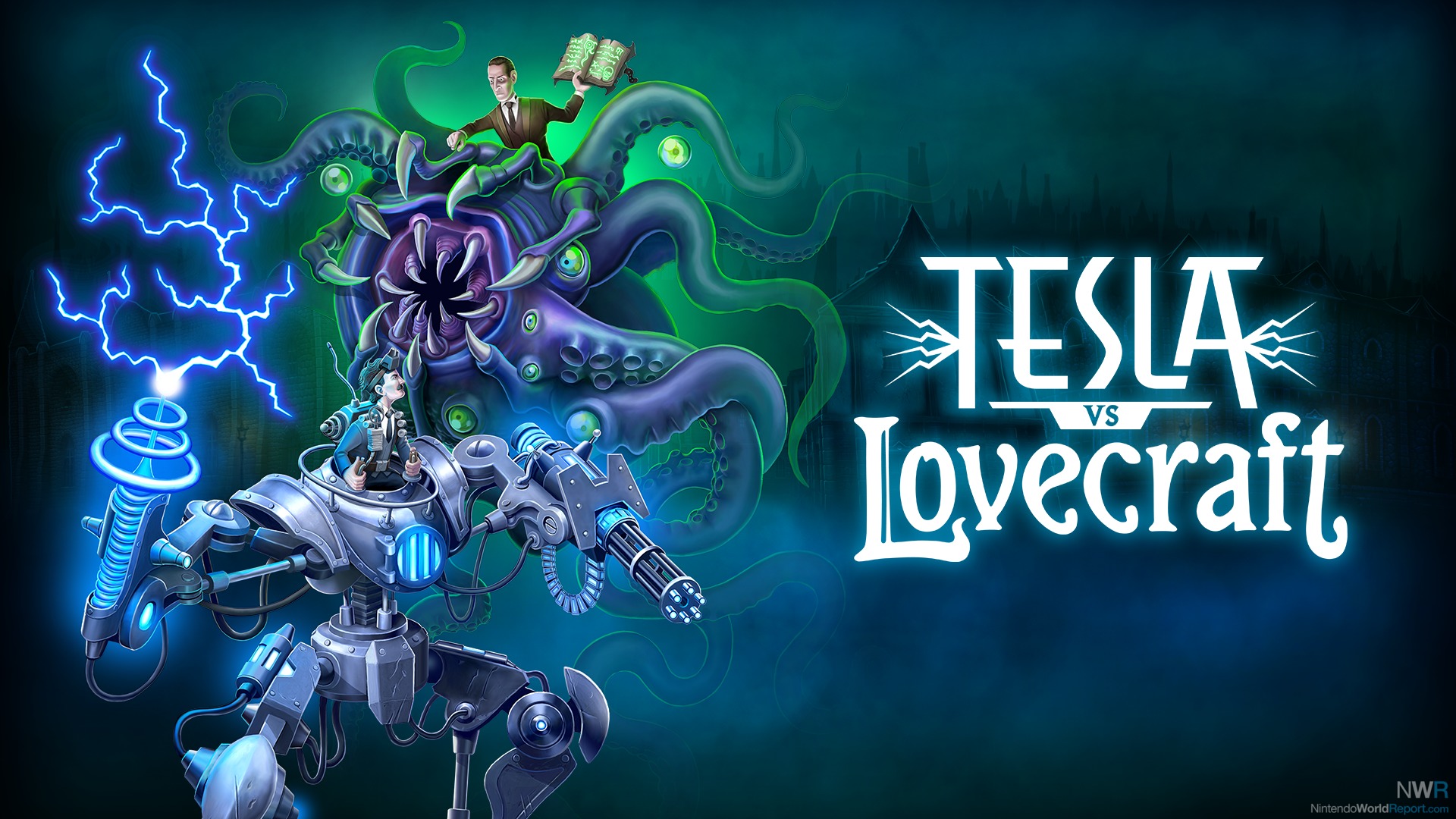 Pitting a late 1800s inventor against an early 1900s horror author doesn’t seem like a good backdrop for a video game, but in this case, 10Tons nails it with the rocking shoot-‘em-up Tesla vs Lovecraft.

The game starts off simple enough: Nikola Tesla is about to show off a new invention when something goes horribly wrong. H.P. Lovecraft just so happens to be behind the disaster and now it is up to Tesla to go to battle with the Lovecraftian monstrosities. At its core, Tesla vs Lovecraft is a twin-stick arena shooter. After a tutorial-laden intro, the game opens up with a plethora of new weapons, abilities, and perks. The main goal of each level is to mow down waves of enemies with a variety of weapons. Tesla gains access to standard weapons like revolvers, shotguns, and machine guns, but also unlocks many different beam-style firearms.

Each level plays out in a similar way. Tesla gets a few seconds at the start of each level to unleash an onslaught with his super-powered mech. Once this time is up, your mech explodes and you need to scour the map to find the parts. It’s not hard as directional arrows point in the general direction on where they are located. It is worth it to find these parts, but not required. I like the way that the developers did this as it adds a layer of depth that adds to the conundrum: should I worry about the mech or just try to beat the level without it? As you fight your way through each level, Tesla levels up and in doing so gains access to special perks unlocked as your get further. These buffs are all very good and helpful. Some examples are normal, like increased damage of your guns or faster movement speed, but some are more tactical such as the ability to have your bullets ricochet off walls and buildings. One minor gripe on the gameplay, however, is that the mission variety is very limited. In fact almost every level feels the same. 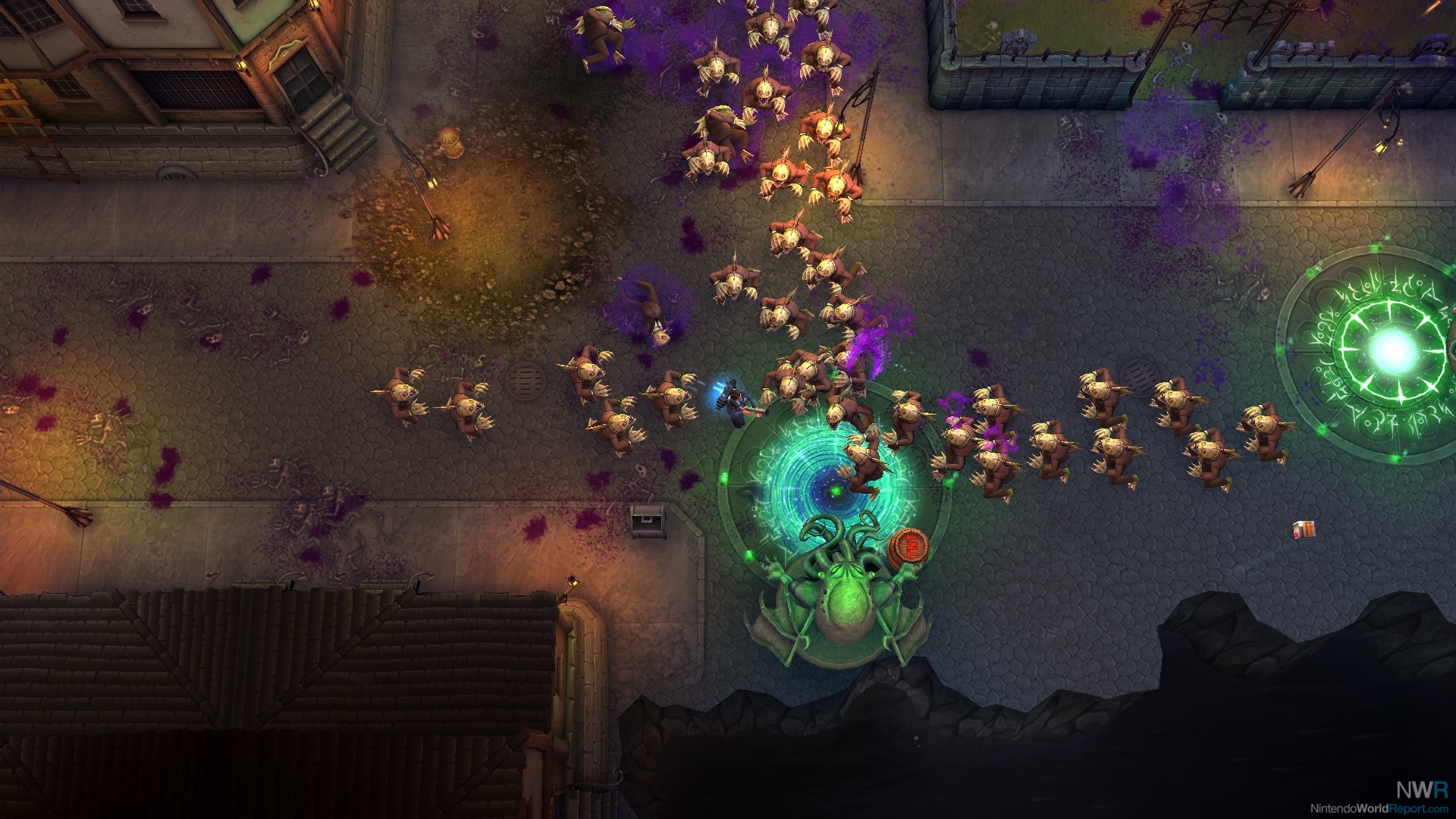 Tesla vs Lovecraft looks and feels great, especially when you start unleashing some secondary abilities and find random item drops littered through the map. The visual effects when explosions are happening are implemented so well. Tons of enemies populate the screen at one time and at no time did I witness any slowdown. The framerate is rock solid in both docked and handheld mode. The control scheme is handled well and playing on the Pro controller just felt right.

A few extra modes round out the package as well. Four-player local co-op is present along with a survival mode that has online leaderboards. Both are fun to dabble with and seeing where you stack up against with your connected friends and others around the world is really cool. I really hoped for an online co-op mode as it would have been nice to just jump into a four player game at any time.

Tesla vs Lovecraft is a solid and fun twin-stick shooter. A wide variety of weapons, gadgets, and perks keep things fresh and interesting. Other than a lack of mission variety and no online co-op, this is a game that will keep me wreaking havoc on Lovecraft’s monsters for a while.