A remake of a Game Boy Advance game you probably never knew existed.

Before Gekido Kintaro’s Revenge popped up on the upcoming Switch release list, I had never heard of it. This beat-’em-up first debuted on the Game Boy Advance in 2002 and apparently had a decent reception back in the day. Now, 16 years later, the game is out on Switch with some refinements and additions. It’s fun, but Gekido is too slavish to its original incarnation’s gameplay in ways that make this more of a dated trip down memory lane. 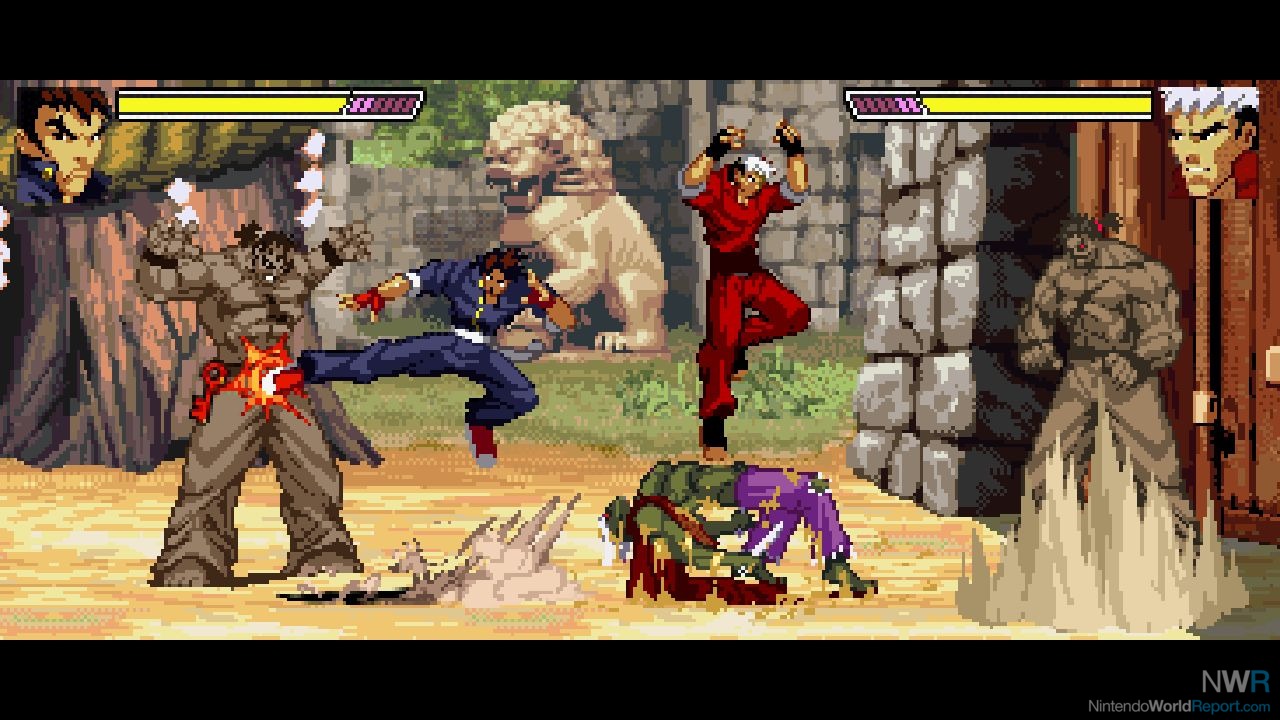 Even at the time of its initial release, Gekido was a relic of a lost era, a throwback to the Final Fights of the ‘90s. The Switch version embellishes that retro style in good ways but the core’s the same. You play as Tetsuo, a hero fighting demons who attacked a town. He can kick, punch, jump, and dash - with all four being used in concert to try to knock down enemies while avoiding damage. The combat isn’t really that deep, but creative bosses and challenges keep it varied enough. Flying bat enemies are the pits, though, as their small hitboxes and constant flying are obnoxious nuisances. Enough gameplay annoyances similar to this crop up to drag the experience down, whether it’s the frustrating platforming or hard-to-judge pits that you can easily fall into. In general, Gekido is a hard-as-hell brawler. Progressing through the story takes a lot of hard work, especially if you don’t stumble upon any health power-ups in your journeys.

Co-op is brand new for the Switch release, and it’s one of the ways this version shines. Co-op is a good time, even with the steep difficulty. It’s like a coin-munching arcade game, but unfortunately that arcade game has limited continues. You can restart from any of the five chapters once you get there, but only with the continues you had when you reached that stage. The game is already difficult enough, adding another restriction to it makes it more limiting. 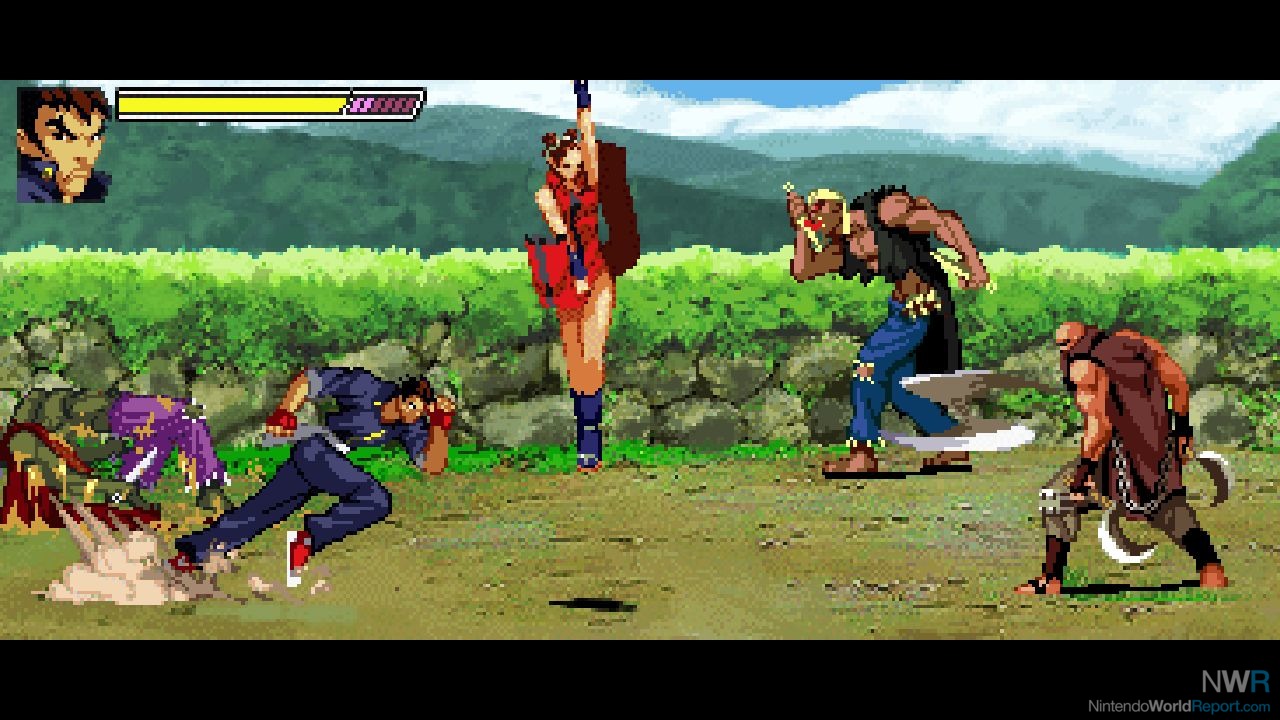 In addition to upgraded graphics and new stylish animated cutscenes, Gekido’s Switch version also adds two additional modes. Survival is a straightforward combat-focused mode where you try to fend off endless mobs of enemies, aiming for a high score. The combat isn’t good enough to hold up to this amount of focus and Survival is a dud of a mode. Relic Hunting is a roguelike mode, complete with procedural generation, maps, and outrageous challenge. The idea of Relic Hunter is a lot cooler than the execution of it. The brutality of this mode is on par with the rest of the gameplay, but the procedural generation doesn’t add all that much variety. Unlike other roguelike games, the progression here isn’t that engrossing. I had fun with Relic Hunting and it’s very much the place to go after beating the story, but it leans a little too heavily on intense challenge with little reward.

Gekido Kintato’s Revenge is a curio in its position as a Game Boy Advance game brought to a modern home console. The update is totally fine - the sprite graphics look great, the music is good - but the gameplay is an artifact of older days. That’s fine if you just want to sit down for a challenging beat-’em-up with a friend, but if you’re looking for something modern and fresh, Gekido isn’t that. It’s just an alright retro remake.

The trailer on the eShop looked amazing. At first I thought it was a port of some Sega Saturn game I had never heard of.


Too bad it's a middling brawler after all. I don't think I would be into this kind of difficulty.