Does this action-packed sequel live up to its predecessor?

Back in December, I reviewed Bleed for the Switch eShop and came away pretty impressed by its variety of interesting boss designs. Because of that experience, I was quick to sign up to review its sequel, Bleed 2, and found myself enjoying it for a lot of the same reasons.

Like the first game, Bleed 2 is an action-platformer with a relatively simple control scheme that takes place over a series of platforming levels interspersed with frequent boss battles. While it doesn’t change the formula much, it does make a few tweaks that mostly improve the game. The controls, for instance, feel tighter and more accurate. I was able to shoot my weapon with a lot more precision than I could in the first game, which makes the alternate weapons available in subsequent playthroughs more viable. 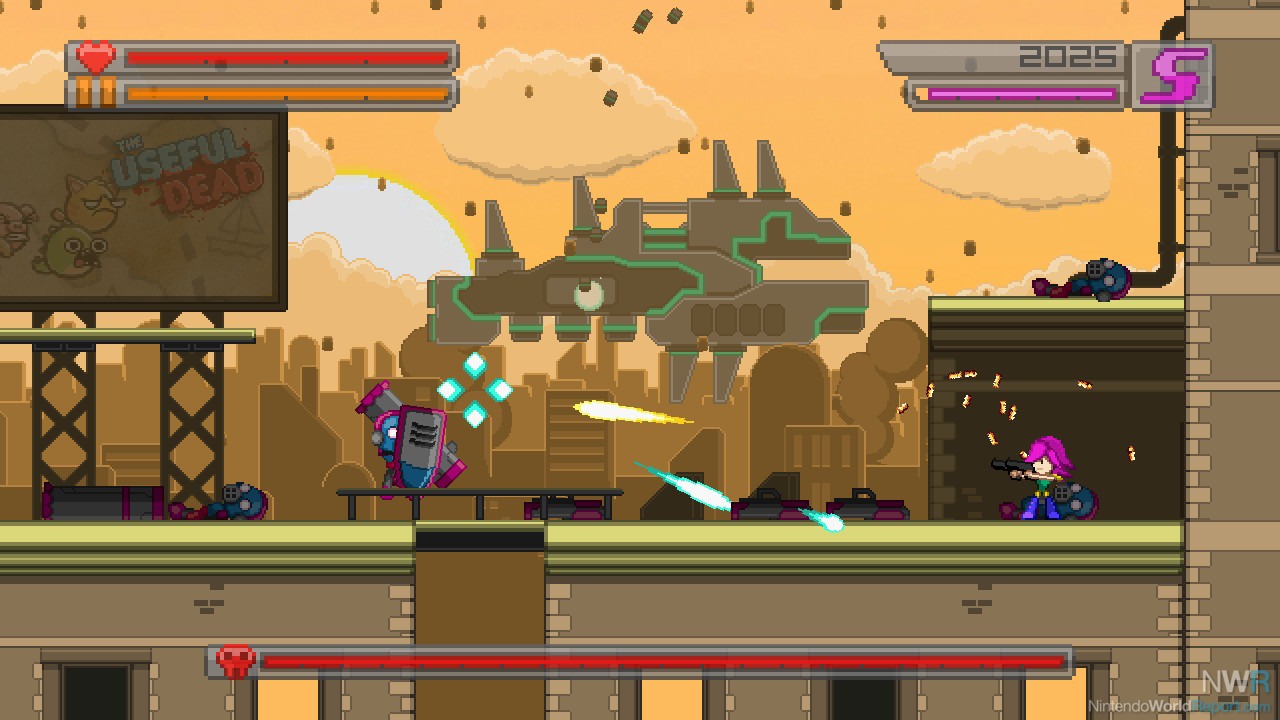 The platforming bits, though still largely just there to string you from boss to boss, feel more interesting this time around, thanks largely to an expanded moveset. In addition to being able to slow down time and boost around in mid air, your character now has the ability to jump three times instead of one. This makes the platforming more forgiving, but also allowed the developer to insert some more intricate designs that keep that aspect fresh and interesting.

The main draw of Bleed 2, however, as it was in the first game, is the boss fights, and it doesn’t disappoint in that regard. These levels are jam-packed with bosses, with a lot of creative ideas and patterns along the way. The fights can get long by the end, but the game includes a very generous checkpoint system that prevents failures from becoming too frustrating. The one unfortunate thing is that the game includes a fairly small amount of levels and seems to be built around replaying it with different powers. The boss designs lose some of their appeal going through them multiple times. 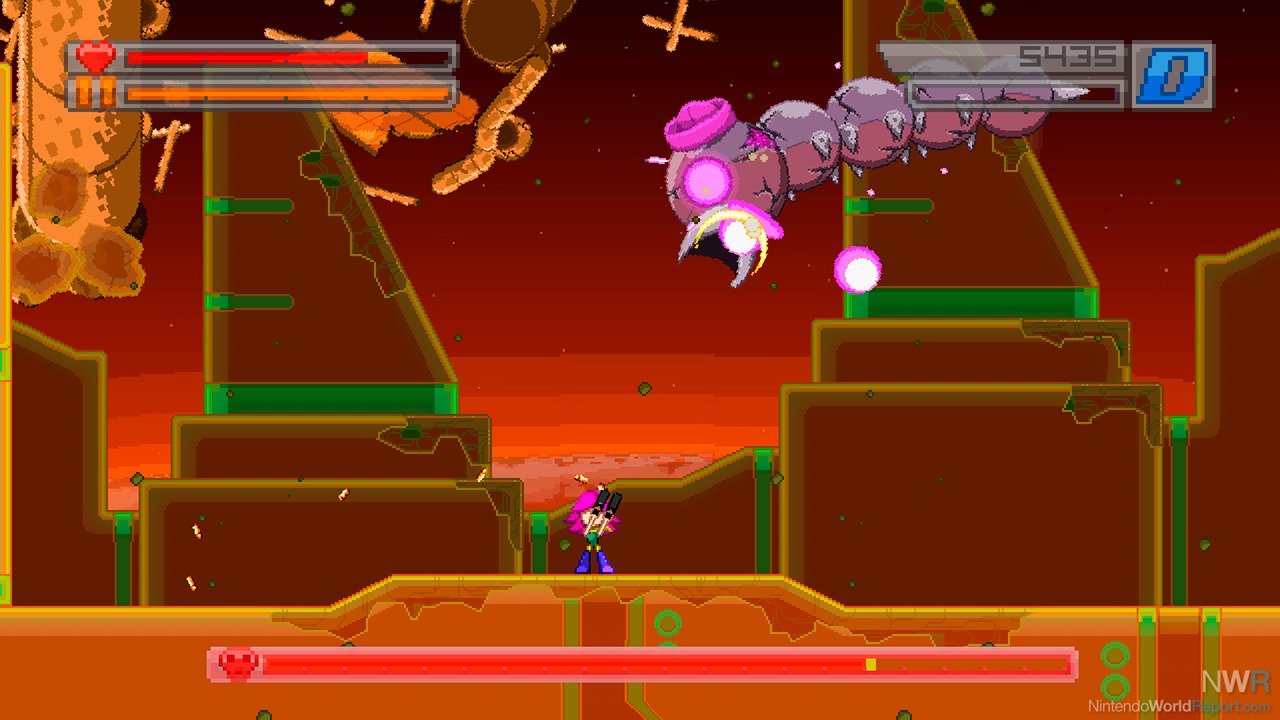 Bleed 2 is a very accurately named game. In many ways it could be seen as a level pack for its predecessor, but the few small changes in the design all help to make it a better experience. These kinds of short, creative games are perfect for the eShop, and if we see Bleed 3 at some point I wouldn’t hesitate to pick it up.