Purple is the spookiest color.

I sometimes find myself nostalgic for the times I rented Castlevania II: Simon’s Quest or Dr. Jekyll and Mr. Hyde with a friend. They were obtuse and had clunky controls, sure, but I found them fascinating. They oozed with weird hues of purple and neon green that you wouldn’t see in a Mario game, and they taught me to fear day/night cycles. I could never go back to them, however. They were legitimately poorly designed. 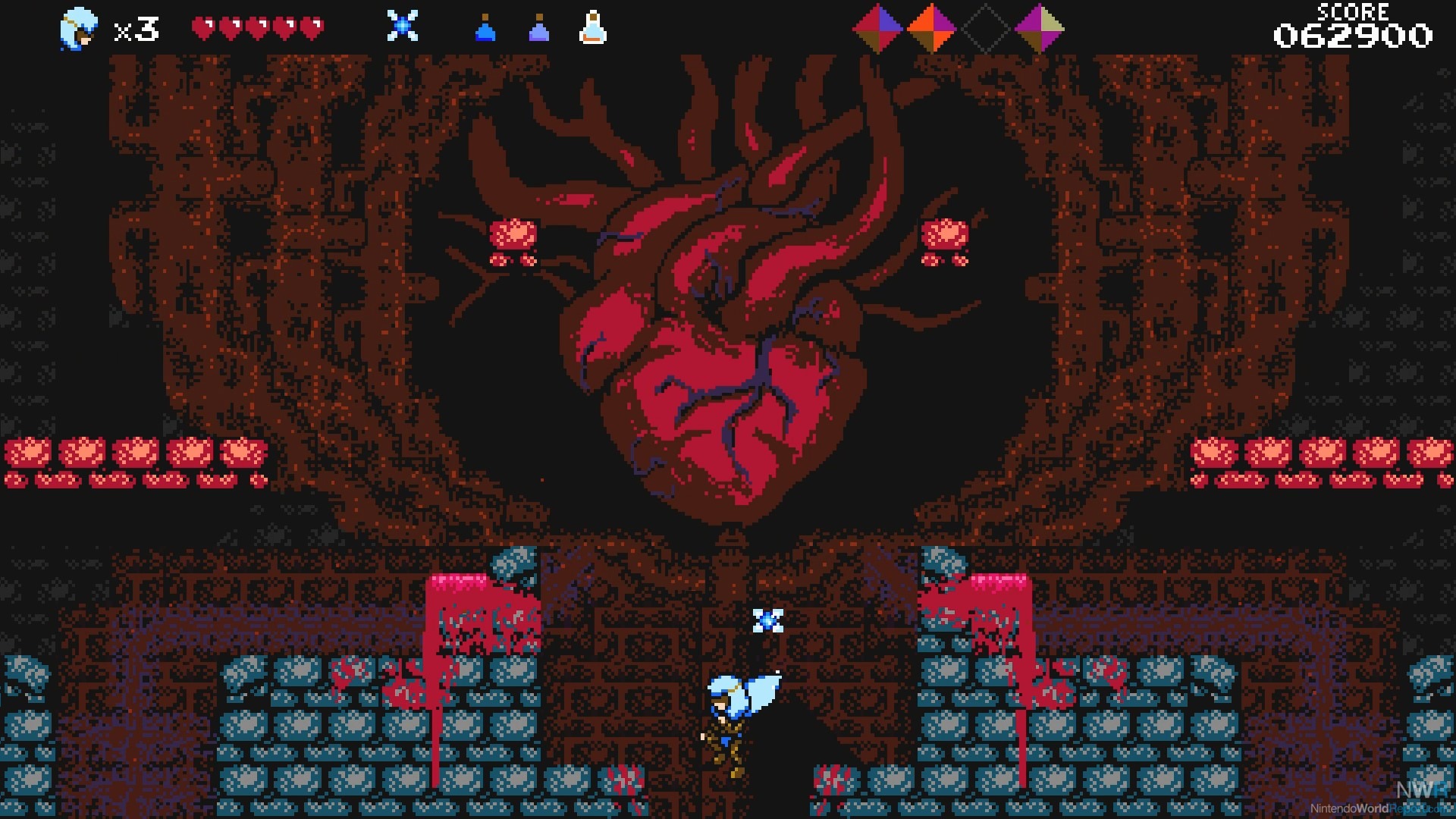 A Hole New World is a retro-style platformer that takes inspiration from those games, but is selective with what it lifts from them. For instance, take the controls: it uses only two action buttons for jumping and shooting, but allows the player to quickly switch weapons using the shoulder buttons instead of making one choose them from the pause menu. Same philosophy with the graphics; the game mostly sticks to the color palette and the resolution of the NES, but takes liberties by putting on screen giant bosses or huge amounts of enemies that would bring the 8-bit Nintendo hardware to its knees.

I’m fine with this.

I was also relieved to discover that the game is not nearly as punishing as its inspirations. Again, it has elements of old platformers: lives, hidden 1-ups, and continues. But as long as you have lives left, you are revived on the spot and lose no progress (except against bosses, where you’re taken right outside their room). What’s more, the areas you cleared of monsters aren’t repopulated until you choose Continue on the Game Over screen. And even then, you start back at the last checkpoint, not the beginning of the stage. 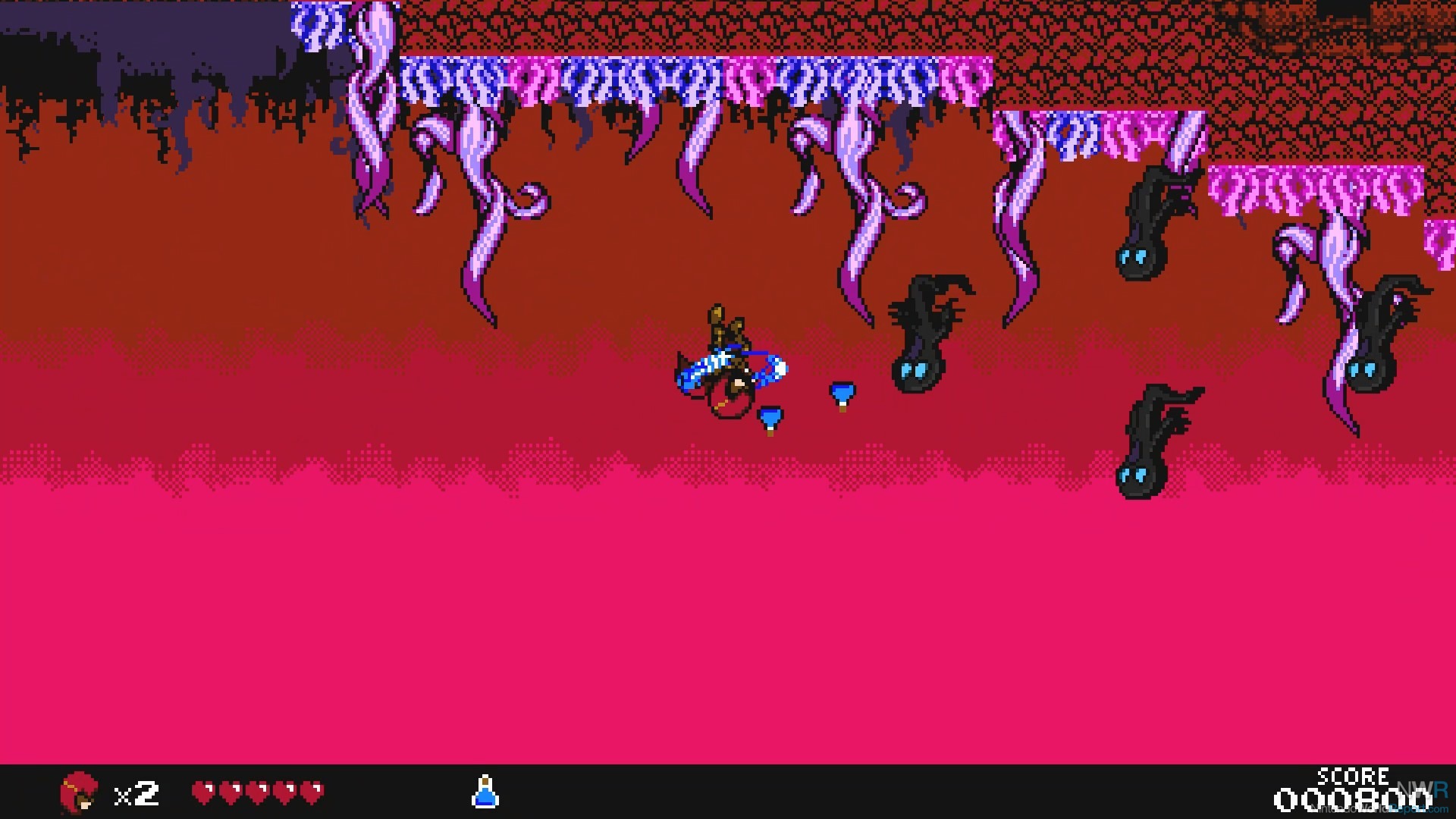 That is especially good news given how large the stages are. They are long, often several screens high, and each one has a mirror, nightmarish upside-down version of itself that you visit whenever you jump into a pit. When in the inverted world, the physics are inverted as well, meaning you are walking on the ceiling. Your controls aren’t inverted, however: you still press down to duck. That takes some getting used to.

Exploring for secrets is a real joy. Beyond helpful 1-ups tucked away behind fake walls, the world is peppered with odd visual gags that made me smile. Early in the Castle stage, you can enter a dungeon cell and find two people deep into a game of Go. A demon erupts from under the board, disturbing their game. Dispatch the enemy, and the players pick up their pieces from the floor and resume their game, paying you no attention. Finding events like this one is strangely rewarding, and when you finish the game, a screen hints at what other cute one-off sprites you may have missed.

Unfortunately, in modernizing certain elements of old-school platformers while trying to preserve their charm and some of their trappings, the developer hasn’t managed to strike the right balance in terms of difficulty. The extra lives I regularly found throughout stages allowed me to stave off the Game Over screen until the very last stage. There, I used my first two continues. And then, against the final boss, I used 33 more. 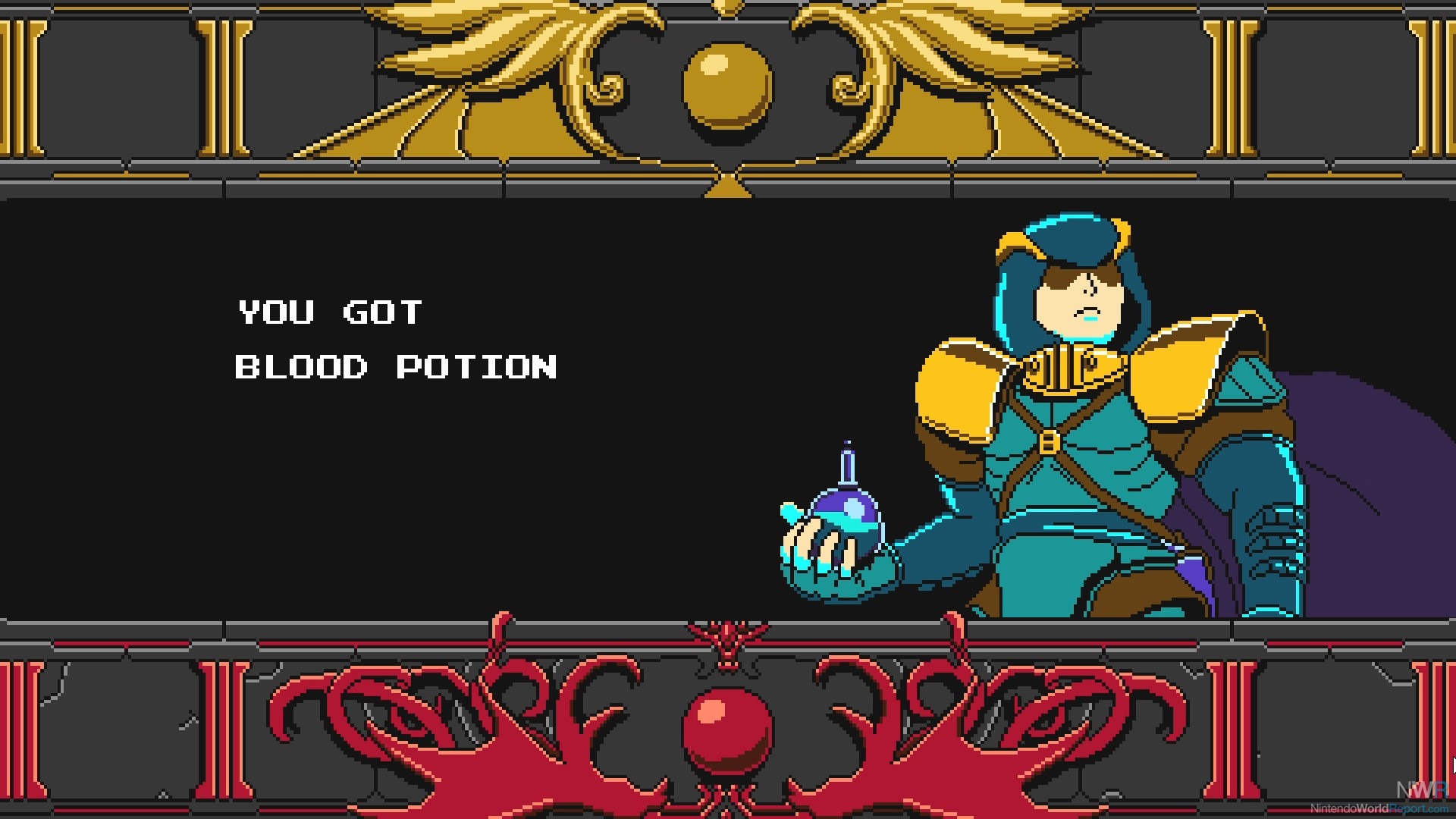 That’s right: I had to throw myself at the final boss nearly a hundred times before I could defeat it. I guess it’s not a completely unfair fight since I eventually triumphed, but it required a level of precision nothing in the game prepares you for. It didn’t help that in the heat of battle, I would to forget which button was Jump and which was Shoot… and eventually I realized that part of the problem was that Jump is mapped to the B button, and shoot to the A button. A Hole New World overtly references Mega Man, Castlevania, or Ghost ‘n Goblins, yet inverts the controls all those games use. I can only imagine I’d have had an easier time had the controls been properly mapped.

A ray of hope in the horrible night: the developer’s Twitter account has announced that the game would be patched to let us control the game with the X and Y buttons as well. But will they let us map them how we want? I have no idea.

Despite the difficulty spike at the end, I really enjoyed playing through A Hole New World. The game scratched a very specific itch for me, and despite its problems, it ended up giving me a far better experience than revisiting the fascinating, clunky horror games of my childhood would have. Let’s hope the planned fixes elevate the game even more. 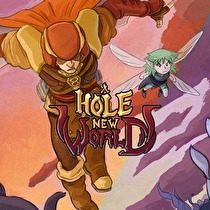