Over the past year we’ve seen more and more developers see the benefits of working to port their games to the Switch. This often time entails aggressively adapting the visuals of high-end graphic engines to run on what is ultimately a mobile platform. This has resulted in some surprisingly solid ports, such as Panic Button’s excellent Doom 2016 port from last year. A key factor in the success of a port like Doom is a willingness by the developer to adjust to the limitations of the Switch. Meanwhile, a stringent refusal to adequately adapt results in games like Hollow.

Hollow is a survival horror game from developer MMEU. You explore an abandoned space station full of dramatic lighting, nightmarish imagery, and strange monsters. The world of Hollow is legitimately creepy, particularly in the opening segment before you have a weapon. Even when you eventually find a gun, the limited quantities of ammo make for a continuously tense experience. Unfortunately it's also an experience plagued by bugs, performance problems, and just plain bad goal communication. Relatively early, you’re told through narration that you shouldn’t bother trying to fight a certain enemy type. The very next segment of the game expects you to kill that exact enemy type. I wandered aimlessly for a long time not knowing what to do but being confident that I couldn’t kill that specific enemy type. This is reinforced further by the fact that shooting that particular enemy offers no affirming feedback. 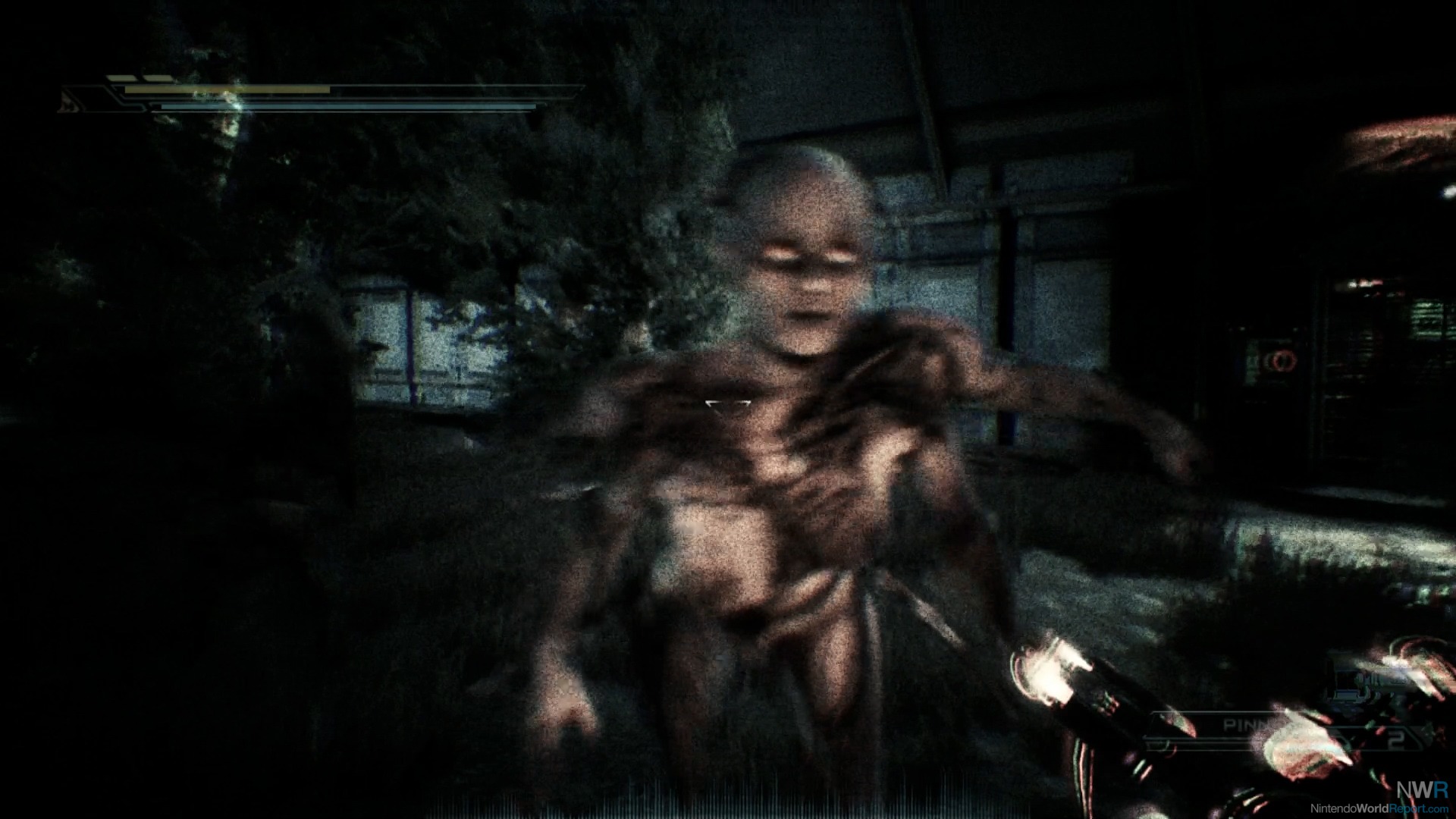 The station is very open, and a reliance on scavenging for ammo invites thorough exploration. Because each weapon can only hold a set amount of ammo, you’ll regularly wind up turning around to refill your gun with ammo you left behind earlier. However, backtracking through previously explored locations causes real problems for the game. Long loading times crop up randomly and are personified simply through a frozen screen. I regularly questioned whether the game was loading or had simply crashed. At one point a previous segment of the environment seemingly loaded in at the wrong Y coordinates. This meant that the hallway I was standing in was located high above the room it was supposed to connect to, and instead opened into the void. When I tried to drop down to the room I had intended to walk to, I found myself standing on the outside of the ceiling with no way in. I inevitably accepted my fate and jumped off into the void before eventually restarting the game. Combined with the aforementioned poor goal communication, when I met with an obstacle to progression I was never sure if I was doing something wrong, or if the game had simply broken. 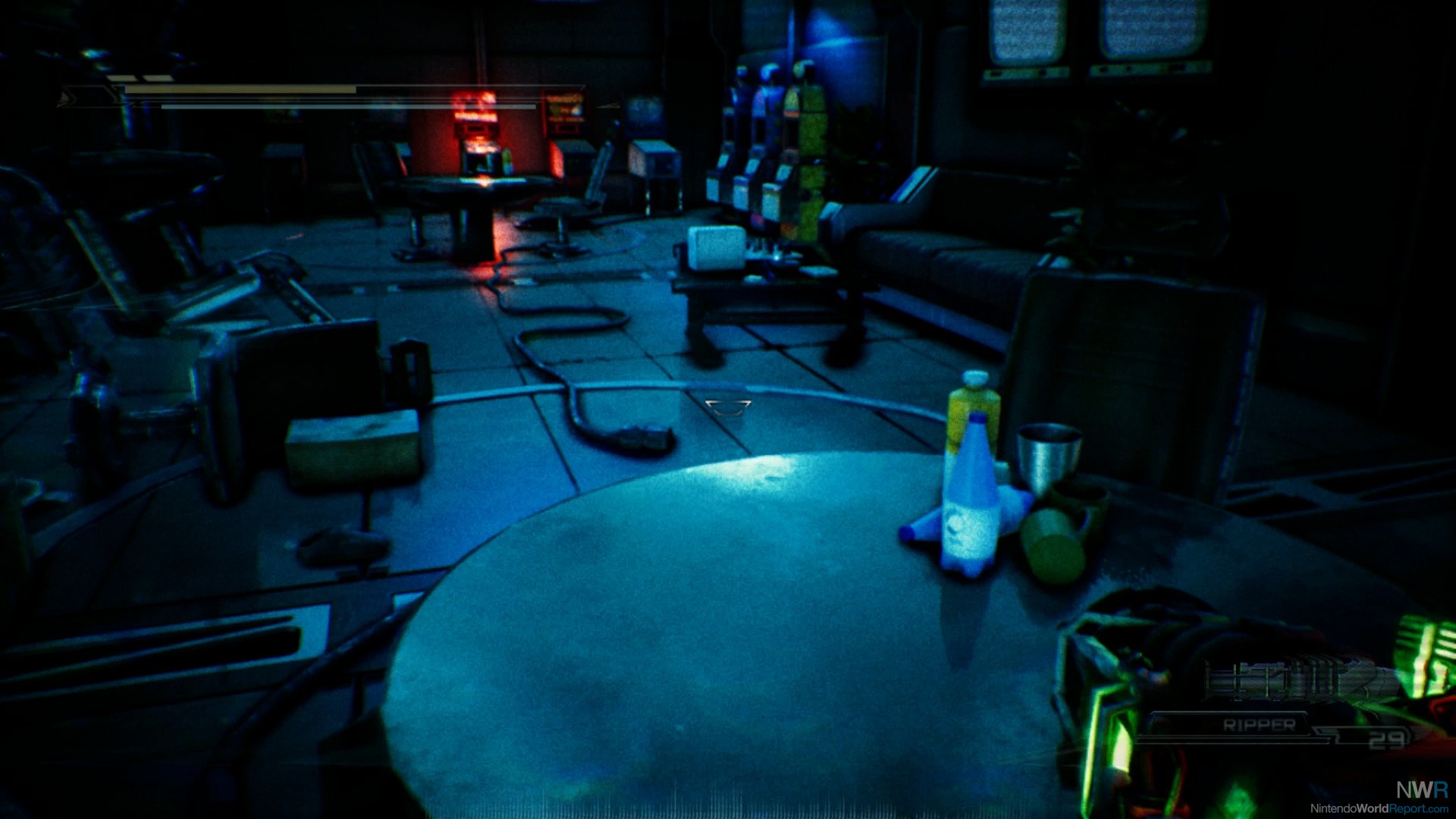 Visually, Hollow on PC is an absolutely beautiful game. Hollow on the Nintendo Switch maintains seemingly all of the visual bells and whistles present on the PC version, save for the lowering of the resolution. Screenshots of Hollow on Switch are extremely impressive; Motion blur, chromatic aberration, screen space reflections, film grain, and lense flares are present at almost every moment. How is this possible? The sacrifice is clear, Hollow runs horribly. While playing in docked mode is an uncomfortable experience, especially during combat, the portable performance of Hollow is an insult to anyone who pays money for it. When playing portably, Hollow consistently operates at frame rates so low, that even those not sensitive to frame rates will struggle not to be aware of it. If you feel the need to play this game, play it docked. To finish with something a bit more positive, Hollow’s sound design is quite well done. Playing with headphones would normally be recommended, but given that the most convenient way to play with headphones is via portable mode, you’ll have to judge for yourself whether it is worth it.

Hollow, as a game, is an effective horror experience plagued by some poor goal communication with the player. It has clear issues but at its core, Hollow is a technically impressive game built on generally good gameplay. As a port to Switch, this game is unfortunately an abysmal mess. I understand that porting to a less powerful system is a challenge, and maintaining the artistic integrity of a game’s presentation is a must. But perhaps in some cases it is best to simply not port a game if the target system is unable to maintain your vision, and you are unwilling to adjust it. If for some reason you’re desperate to play this game on your Switch, play it docked. As a handheld experience, Hollow is unjustifiable.