Touch controls have always been a source of frustration for me. Given my short, stubby fingers trying to surf the internet using a touch screen can quickly result in a blood pressure raising outburst of frustration. After learning from the opening tutorial level of Shadow Bug that I would be playing through a game with either motion controls or touch controls I began making mental preparations to dock my Switch and detach the Joy-Cons. However, I decided to play a few levels with the touch control to avoid the arduous trip to the dock. My laziness driven tenacity was rewarded with a platformer that not only had functioning touch controls, but one that is enhanced by them. 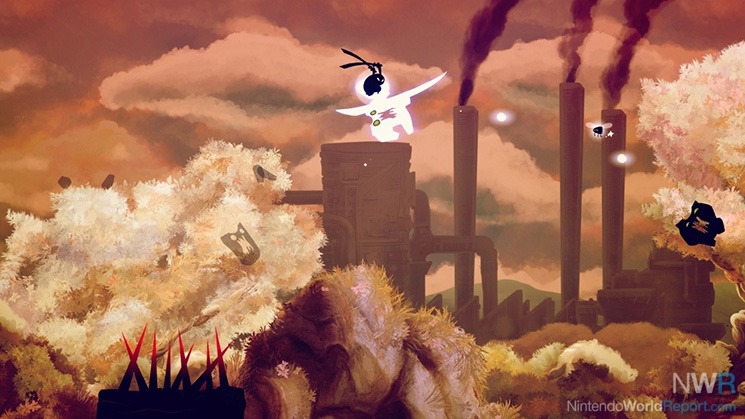 Shadow Bug for the Nintendo Switch is a precision platformer with a unique method of traversing its levels that focuses on speed running. The player controls the titular Shadow Bug by tapping on enemies via the touchscreen (or selecting enemies using an on screen pointer with the Joy-Con’s motion control in docked mode) sending the bug samurai into a jumping sword slash attack similar to the homing attack in modern Sonic games. By manipulating the timing of attacking one enemy after the other, Shadow Bug is able to jump and dash through the game’s various levels. This method of travel also introduces a puzzle element to the game as many of the game’s obstacles require the player to attack enemies in a certain order to clear.

While I assumed the difficulty of Shadow Bug would be derived from the inherent inaccuracy of touch/motion controls, Shadow Bug’s challenge comes from well designed levels and entertaining puzzles. I never felt that my inability to clear an obstacle was a result of a control issue, but rather a mistimed attack or a lack of understanding a puzzle. The game is very forgiving, quickly respawning Shadow Bug close to where he just died while still providing a fair time punishment for those seeking to earn a top spot on the game’s online leaderboards.

In contrast to the game’s simple platforming mechanic, Shadow Bug is surprisingly deep. After clearing the game’s first world I was shocked to find that the game has world bosses. These bosses aren’t simple three hit kill fare, but are intricate puzzles that involve quick thinking and precision movement. 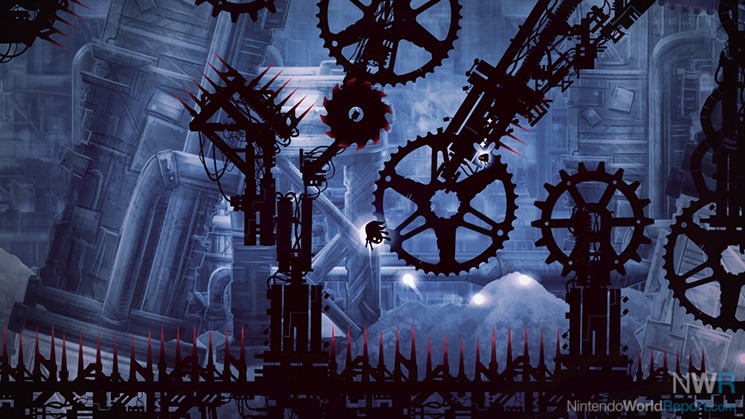 Shadow Bug matches its polished gameplay with impressive presentation. Visually, it impresses with its dramatic contrast of a dark foreground with colorful detailed backgrounds. Menus and world maps are intuitive with easy access to each level’s leaderboard without making the player feel like they have to speedrun.

Players not interested in the game’s leaderboards still have plenty of reason to check Shadow Bug out. The game is challenging at any speed and completing levels feels like an accomplishment no matter how long it may take.

Shadow Bug is an easy recommendation to make for Switch owners looking for a challenging 2D platformer and are open to something less traditional than the eShop’s plethora of retro inspired platformers. Even players that are weary of touch/motion controlled games will likely enjoy using them in Shadow Bug.