NORTH is better than the South.

When NORTH starts up, it intrigued me that instead of a menu, only a message was on the screen. It offered two simple requests: Play the game in one sitting and read everything. Easy enough, seeing as it also mentioned that the game is quite short. So short in fact, that I saw the ending in about 45 minutes. Those 45 minutes were engrossing, depressing, and a bit trippy all at the same time, and I loved it. 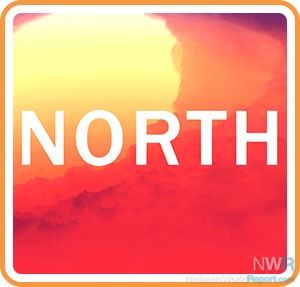 Once you are past the initial message, NORTH begins with some bright and colorful imagery. Enjoy this while it last as you won’t see much of that until the end. This isn’t a bad thing, as the game’s atmosphere is about being alone in a new area. You can move freely in a first-person view around the dark and barren world, and knowing that very little is around adds to the mystery.

No spoken works fill the sounds. Instead the narrative is moved along with letters that you write to your sister. These letters, which pop up as you interact with certain objects, need to be mailed so you can learn about why you are here and what to do next. As you see the letter icon pop on your screen, it’s crucial to go to one of the post boxes. Not only does this push the story along, it tells you exactly what you need to do next. Once sent, the letters can’t be viewed again. 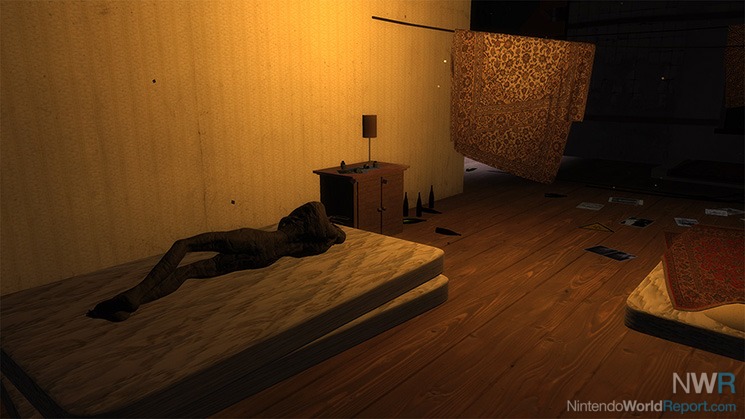 The story is both sad and hopeful. You play as a man who left the South in search of a better place. The Asylum is that place, but you need to earn your way in by participating in various tasks. These tasks include going to “work” or being “seen” at a church. It seems random and happenstance initially, but as the story dives deeper, it all clicks into place. The pacing throughout the brief tale is spot on. Certain areas are blocked off until you meet a specific requirement, so you can only go so far before having to go back and finish the tasks at hand.

NORTH was a breath of fresh air for me. Too many games now require fast reflexes and have tons of gun play, but NORTH begs to be played slowly. Take your time, read the letters carefully, and follow the path that is outlined. Some actions can get trippy at times but it all concludes in an unexpected ending. I am happy that I took the journey to the NORTH, I just hope my character is, too.