A solid platformer where the hero is a triangle.

The genre of 2D platforming has seen so many different takes on it that there are often too many to sort through. Every week someone is releasing their new game full of different ideas and gameplay hooks, but some stick to the tried-and-true classic “run & jump” design. Dreamoji brings us Little Triangle, a platformer that definitely falls into the latter category. While it is a cute little witty game, is it really anything special? 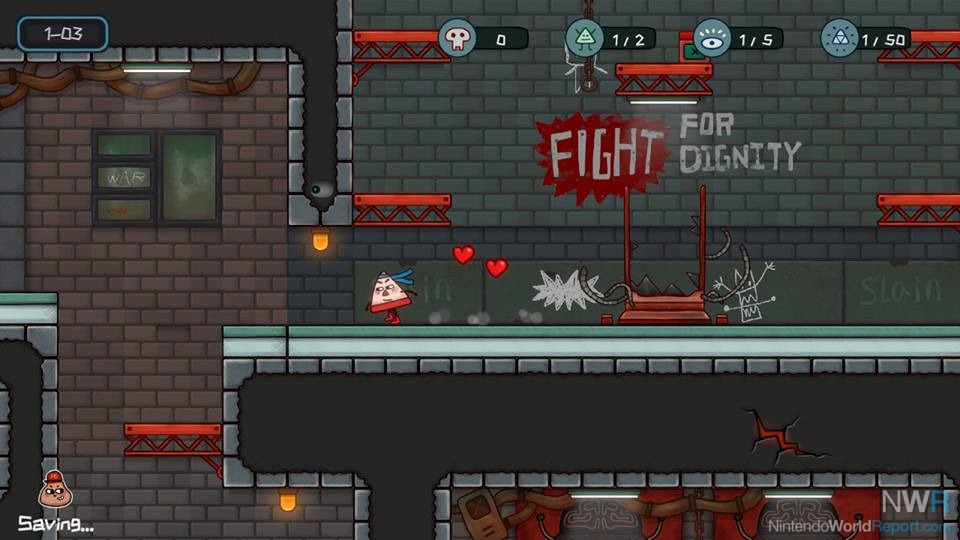 As far as gameplay goes, Little Triangle is about as simple as a platformer could get. Only armed with a jump and double jump, the design of each stage is really where all of the cleverness is introduced. All the standard platforming obstacles that one would expect are present, along with various enemies ready to be jumped on. Dozens of levels are sprawled out among three worlds to conquer, and all of them have a certain number of diamonds to collect both in and out of sight throughout the environment. Also hidden are friends that need rescuing, which provide your little triangular hero with more diamonds when liberated. When rescuing these friends, you can also choose to play as them and pick from an assortment of other characters in a big house outside of the main series of levels, which is a welcome surprise and a great chance to laugh at all of the ridiculous characters.

With the platformer genre being heavily reliant on the ease of gameplay, the feel of the player’s controls always jumps out to me immediately upon starting a new game. Fortunately, Little Triangle’s controls feel solid and refined - and I instantly felt comfortable moving and jumping my triangular hero from the start of the level to the finish. When starting a campaign, the player has the choice of picking a Casual or Hardcore mode, with the latter enforcing a one-hit kill rule. 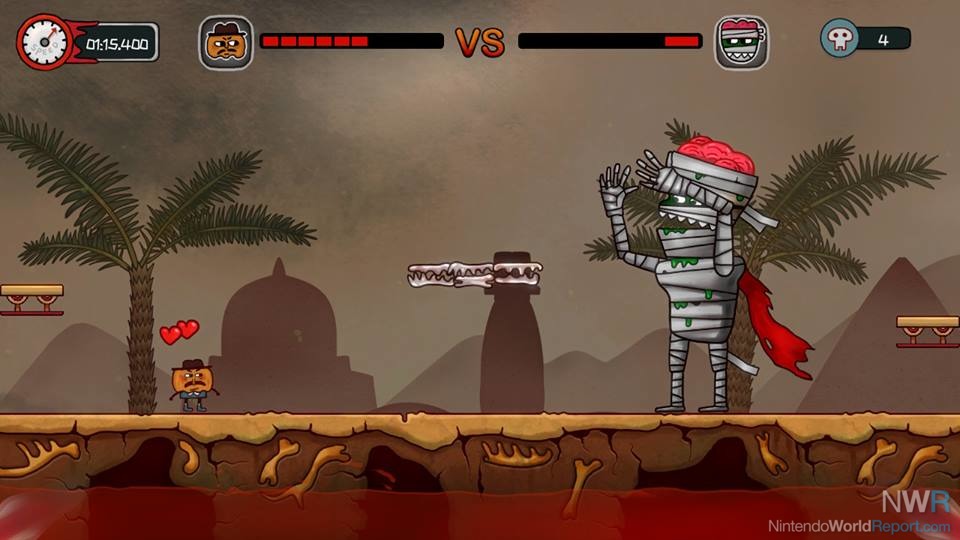 The difficulty can get pretty severe, but for the most part feels nice and well balanced. The speed of movement is moderately fast and feels smooth, though sometimes I felt a few difficulty spikes where it seemed a little too fast. Every level is scored on a 3-Star basis depending on how many diamonds were collected, time was taken, and deaths occurred in the level (which can add up during the trickier sections). A handful of bosses are lurking, ready to be taken down as well, each with a different stack pattern and fighting mechanic to learn and implement.

Somewhat of a delightful surprise are the available multiplayer modes. These include both a co-op mode (with alternate levels tailor made for two-to-four players) and a completely unique one-on-one battle mode where each player can duke it out. My buddy and I had a surprisingly great time playing around with both of these modes - especially the Battle Mode. This simply has you using weapons and armor to annihilate each other across various maps, and was a real treat for in-between stages from the main campaign. 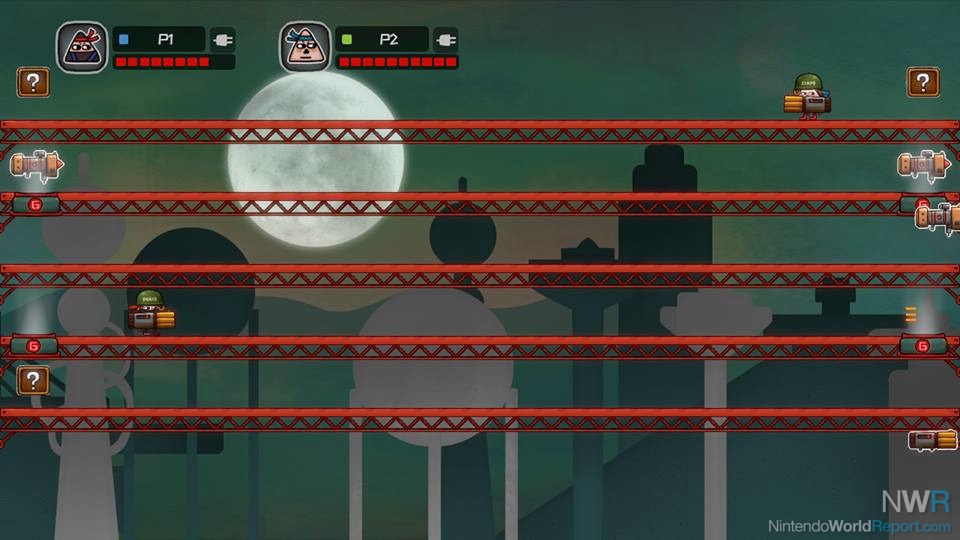 The art direction fits right in with the comedic elements peppered out through the game. Most of it comes though the absurdity of the titular hero and rather epic story, with surprisingly bizarre scenarios, characters, and enemies to stumble upon. Everything looks like hand-drawn doodles one would find in a used geometry textbook, from the wacky expressions of each character to the buildings and backdrops colored in a sort-of muted palette.

I enjoyed my time playing through Little Triangle, but I wasn’t blown away by it. It’s definitely a solid platformer with a little humor here and there, but that’s about it. What it does have is well implemented though, and the options to play with a friend combined with the natural ease of using Joy-Con make it a great pick-up-and-play game for any occasion. Although there is no unique hook or ground-breaking ideas, Little Triangle is a good title to scratch that platforming itch.