This fish has some psychoactive poison.

There are basic things about a game that you can check-off when writing a review: how does it feel, how does it look, how are the sound effects, is the music good, is there a clear the mission structure, is it fun? Ace of Seafood bravely rejects judgement in all the above - embracing either a gross ignorance of game development norms or a visionary avant garde ethos. This is not a good game, but it is profoundly strange. It is not a fun game, but it is curiously amusing. Never has giving a game a review score felt more futile. 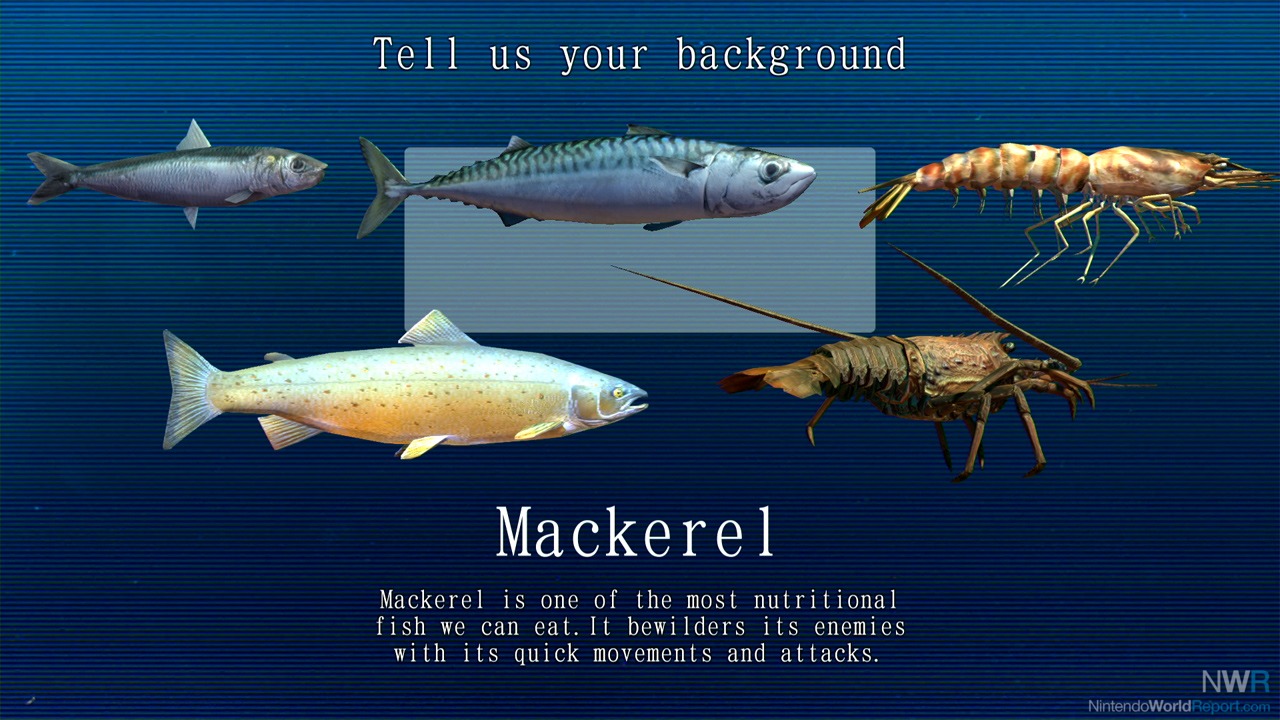 Ace of Seafood is a bit like Tokyo Jungle, tasking you with surviving and evolving. You control a squadron of fish, as they barf lasers or pull off appendages to shoot at other sea creatures. Capturing reefs allows integrating increasingly complex sea creatures into your school, such as: barracuda, great whites, and Otsu-class submarines. I found torpedo-armed submarines and laser-clawed lobsters to be a punishing combination. 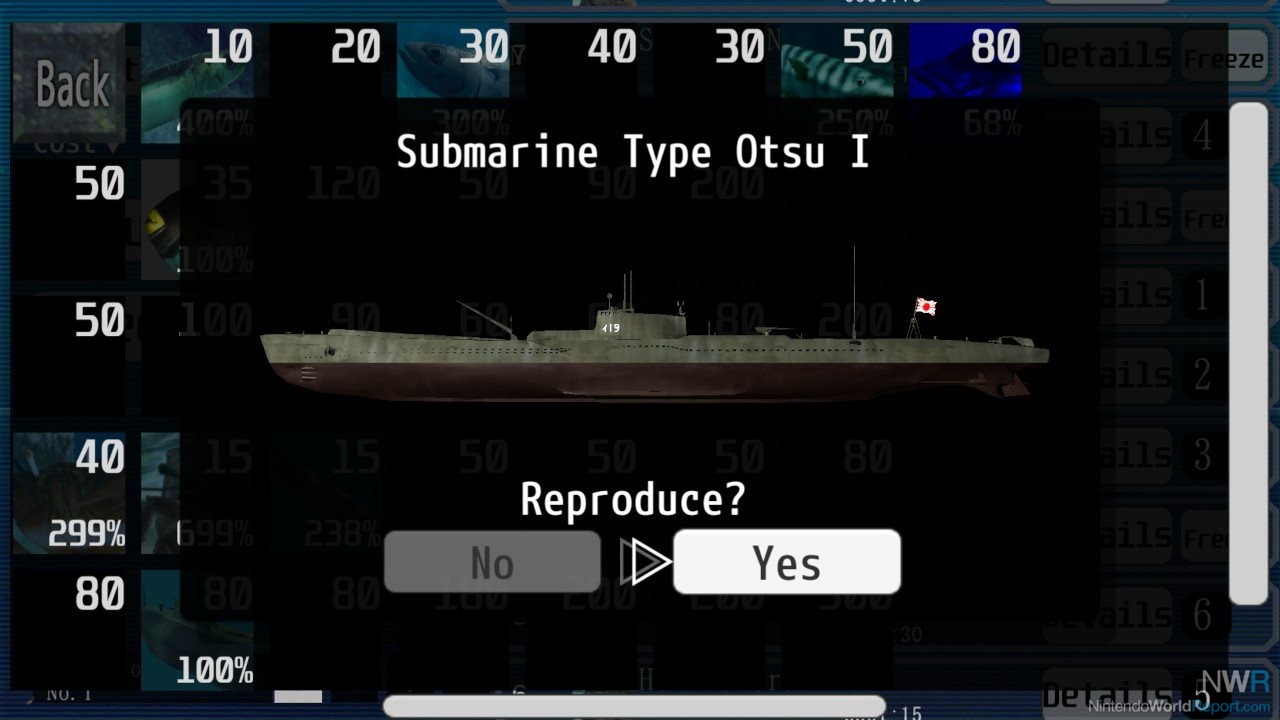 This is all more baffling than it is fun. Collecting submarine DNA in order to “breed” a sub is a fine objective but as a Star Fox-style combat game it is severely lacking. The action is too slow for what it is trying to do, and yet is still plagued with game-impacting slowdown. Control seems to arbitrarily decide what impact the stick will have on your movement; it is impossible to know if the fish will turn left or right. The camera seems intent on averting its eyes from the neon nonsense, flailing around to find something more soothing to look at than the maelstrom before you. This means the game has no flow, and feels unrewarding as a dogfish fighting game. 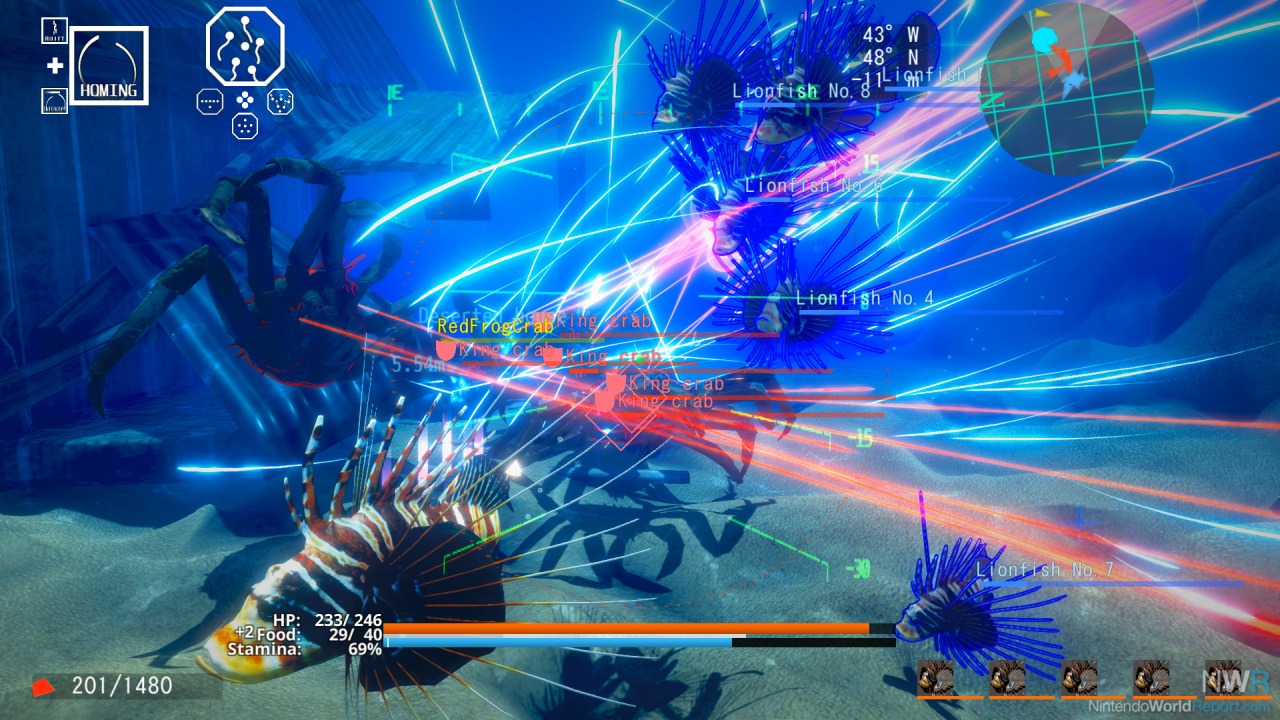 The serenity of the deep.

The combat is impossible to follow, looking like a chaotic mess of lasers and crustaceans. The models seem like assets collected at random, with no regard for scale or quality. Giant squid flail about at a questionably-articulated barracuda, both eclipsing a comparatively puny battleship. Thanks to its wealth of camera issues, slowdown, and very aggressive pop-in, Ace of Seafood is actually bewildering to behold in action. The interface is a masterclass in what not to do. It is littered with various prompts, gauges, maps, indicators, and reticules. While highly amusing, this makes playing it physically uncomfortable.

The sound is a constant whine of the laser fire set to a curious collection of music. It all wears thin quickly. However, the inclusion of battleship-specific music was a fun surprise.

The game features local and online multiplayer, although I wasn’t able to try it. However, the seafloor is wide and it's easy enough to get lost looking for stationary targets. Tracking down moving players would be extremely difficult. Overall, It doesn’t seem like it would add much to the experience beyond subjecting a second person to the madness.

Ace of Seafood is a joke delivered with a knowing smirk. The image of a laser lobster engaging a flotilla of tiny submarines defending a sunken refrigerator is not something that springs from a serious mind. It’s surreal, amusing, and bewildering. But it isn’t fun. It’s a good joke, and without it this game wouldn't merit a mention, but the joke is let down by execution. If it played well, if it looked better, if it performed acceptably this could be a funny little cult-classic, a recommendation to the right audience. As it stands, however, all it has going for it is a prevailing mania. That’s not enough.

Hmmm. So to sum up, would you say you went into this game hoping for lobster thermidor but ended up with imitation crab bisque?

Half the fun of reading James's reviews is figuring out why he chose to review the game. :) Plus, he has a way of turning a phrase that you've got to appreciate.

Like I said, giving this game a score is utterly futile. In an absolute, it is dreadful. But the goofiness helps it along. The score should be lower 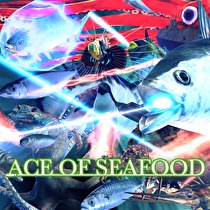