Certainly unique, but is it enough to stand out?

One of the things that I love about the gaming medium is the design of gameplay, and how new ideas can be added to an existing genre. TorqueL -Physics Modified Edition- is an interesting take on the platformer genre, even describing itself as a “2D Box Rolling & Extend Platformer” on the title screen. But while the game is quirky and unique, does it do enough to really stand out from others? 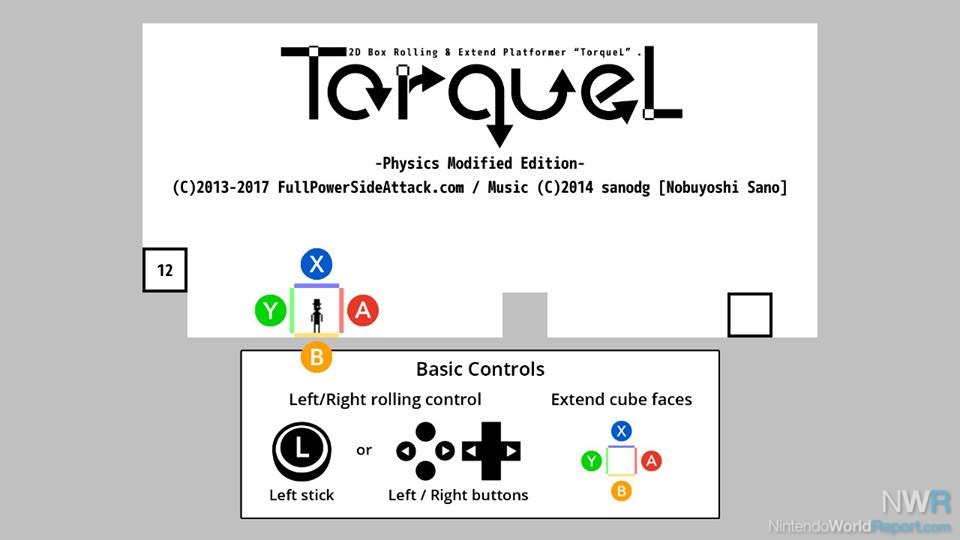 The gameplay consists of making your little blocky character get through a series of 50 levels, with each one getting more difficult the further you get. The controls are easy to learn, pressing one of the ABXY buttons corresponds with one of the colored Left, Right, Top, or Bottom sides of a box that the player controls to extend that side. For example, when pressing the A button on a Joy-Con, the Red side of the box extends out to a certain length, allowing the player to either reach over gaps or boost their box into the air. All sides of the box can be extended or retracted simultaneously, and knowing when to use each side at the right time helps you overcome the various obstacles.

At first, the simple concept works well. Managing to get through the early levels requires a good amount of skill, but for me every level was short enough to be overcome in a few tries. The levels include what you’d expect: both moving and fixed platforms, magnetic zones, and red areas that if touched destroy the box and restart the level. Once the square-shaped portal at the end is reached, the next level immediately kicks off, with a timer showing how much time has been spent in the whole campaign. 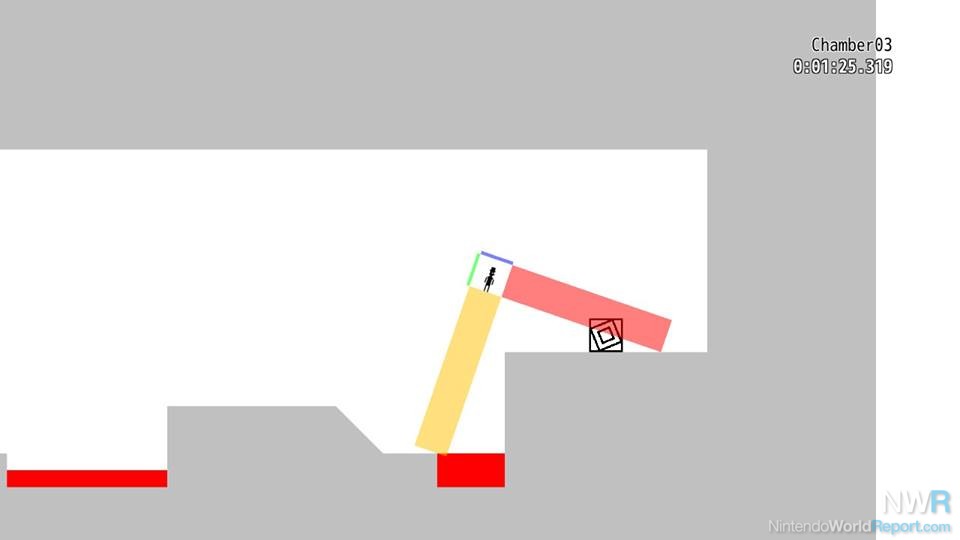 The look and feel is kept clean and minimalistic, reminding me of the classic Boxboy eShop series. The colors of each side really pop when portrayed against the black and white background, as previously mentioned. Because of this, the goal of where to go is always understood, making for a smooth momentum level to level. While the gameplay can look pretty wacky as you fling yourself across each stage, I couldn’t help but pine for some more characterization and detail. The end result made the game feel more like a tech demo and less of a fully realized game. The music doesn’t really help this problem either, for it only plays while the box is in motion. At first, the cute little rhythmic ditty that plays is a little fun, but after failing a level many times and hearing the same yet inconsistent tune, it got very grating - even my wife from the other room asked me to turn it off.

While the difficulty eases you in nicely at the start, quickly the obstacle-filled stages get to be pretty brutal. While this can feel quite rewarding when finally overcoming a rather tough level, I found that while I did get better I never really got a full grasp on the controls. When the challenge was minimal, I found them to be quite fun and quirky, but when forced into a rather long level with many challenges and no checkpoints - or even a smaller level with very difficult obstacles - the difficulty spikes are annoying. Many times it felt like I just had to throw myself at a section over and over to do what was required to pass. It often seemed like pure luck when I finally made it to the finish. On top of that, restarting a level is not instant. In-between each death and restart is a little five second delay that only adds to frustration instead of not giving you chance to be frustrated. 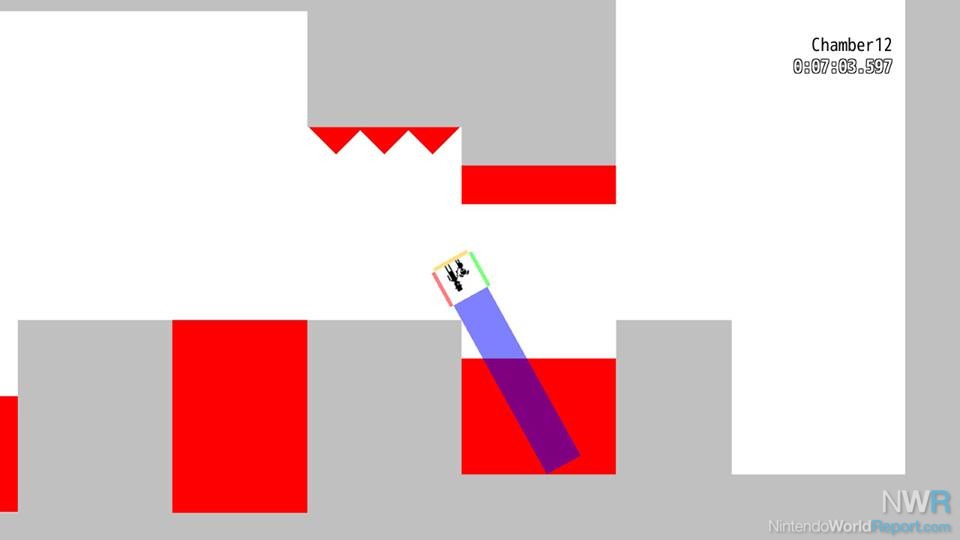 The concept of TorqueL is interesting and unique, but the game unfortunately doesn’t live up to its quirky premise. I definitely enjoyed some of my time playing through the campaign, but I never felt that the gameplay ever really clicked with the level design. The art and sound design also leave much to be desired, and can sometimes even be straight up irritating. There may be good value for those who prefer a straightforward platformer with an interesting hook, but for others who want a little more than a one-trick pony I would think twice before downloading TorqueL -Physics Modified Edition-.