A short, sweet adventure in space.

There certainly is no shortage of difficult, 2D platformers available on the Switch eShop. That said, it’s remarkable to me how well Xeodrifter is able to stand out among the crowd, particularly with titles like Celeste, and Super Meat Boy also being available. Xeodrifter offers a relatively short experience, but with a fair amount of difficulty. You take control of a space explorer, whose ship’s core is damaged in a collision with an asteroid. There are four planets to travel to, each accessible from the get-go, filled with challenges, weapon, and health upgrades, as well as enemies and hazards that will need traversed. 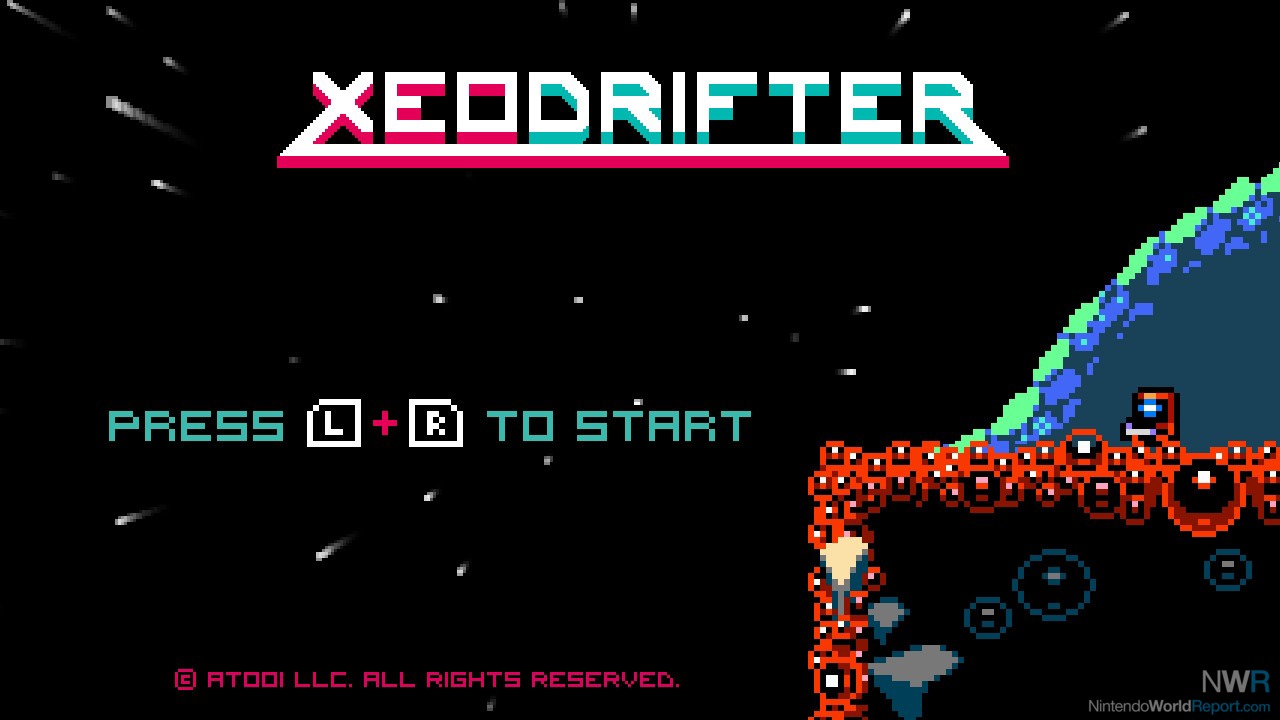 Right off the bat, I liked that I had access to all four planets right at the beginning. I quickly realized the relatively linear nature that the game was pushing me in though, because I didn’t get far when I docked at one planet, simply because I did not have the ability to traverse as needed. This wasn’t a problem, and was actually something I enjoyed, because while the adventure was not entirely open from the beginning, it became more about exploration as I powered my character up. I would get a new ability, like dashing fast over lava, or jet streaming up into the air, and then backtracking to areas I had been already to see how I could use them to navigate into new areas. This was usually an optional experience, but it added a bit more time to the already short adventure. And while this wasn’t required, I felt the obligation to continue to backtrack and discover what else was hidden on each planet because the health and gun power ups were a big incentive to progress through later challenges. 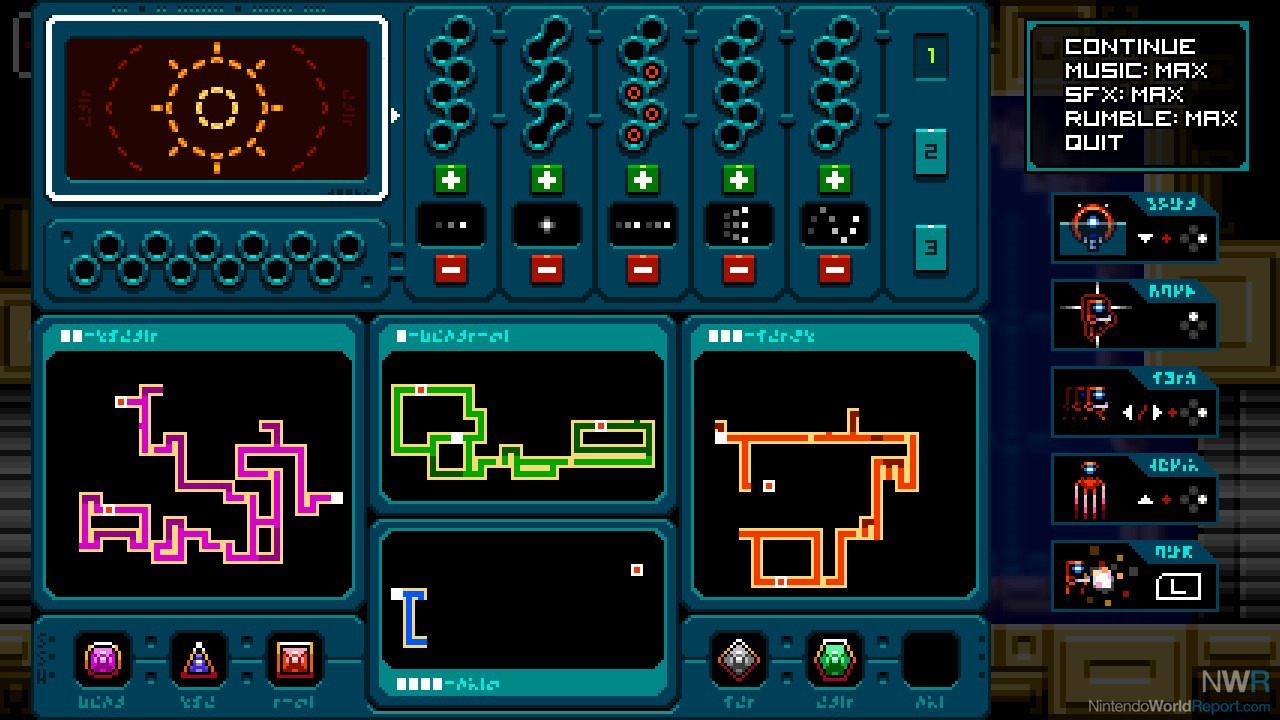 I got stuck, multiple times, on some of the bosses. All of the bosses are essentially the same character, or at least of the same species. Thus, all of the fights are fairly similar. It usually went: The first boss introduces a level of challenge, the second boss increases the intensity of that challenge, the third boss then incorporates everything from beforehand while adding another layer of challenge, and then exponentially go from there. While seeing the same character over and over again was a little disappointing (I knew who to expect behind the checkpoint door), I did enjoy that I was constantly being pushed to genuinely master the boss fight. Xeodrifter is not a game that lets you fudge through some of the more difficult sections, even in boss fights. I told some of the NWR staff while playing that I was afraid I wouldn’t beat the game, just because of how hard it was, but I didn’t give up. I kept getting closer and closer, and when I finally was able to win, the feeling was great. I think this is why Xeodrifter is a such a difficult experience. You spend a lot time memorizing the design of the fights, and then have to adapt to when something new is introduced. 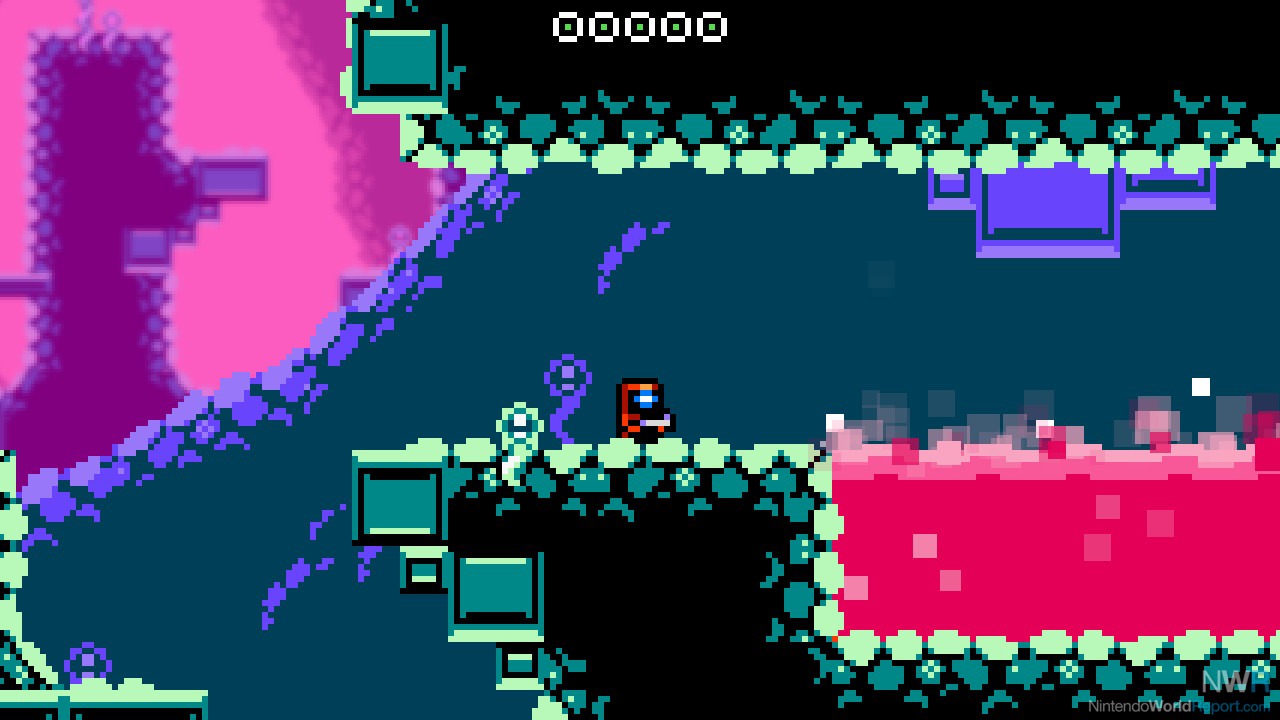 This carries over into the world itself, both in regards to the platforming, and enemies. There really isn’t a lot of platforming here, it’s not like there are any bottomless pits that I can remember. Xeodrifter is more about shooting the creatures that are on each planet, and looking for upgrades. There wasn’t a whole lot of enemy variation, but rather reskinned colors, but again this goes along with the concept of constantly adapting to when something new is introduced. I enjoyed powering up my gun with each collectible, and also having to strategize a bit. The power-ups you find can be spent on certain kinds of upgrades (shooting faster, curving shots, bigger shots, etc.) and these can be reset and spent again at any time in the menu. You can even save up to three variations of the system, for those who really want to get prepared. Shooting your gun is your primary form of playing, next to jumping. Each shot vibrates smoothly, with a crescendo of rumble in the joy cons. Xeodrifter definitely adopted the HD Rumble in replacement to a standard rumble. While it doesn’t necessarily use it in a redefining way, its use increases the immersion, which was very much welcomed. 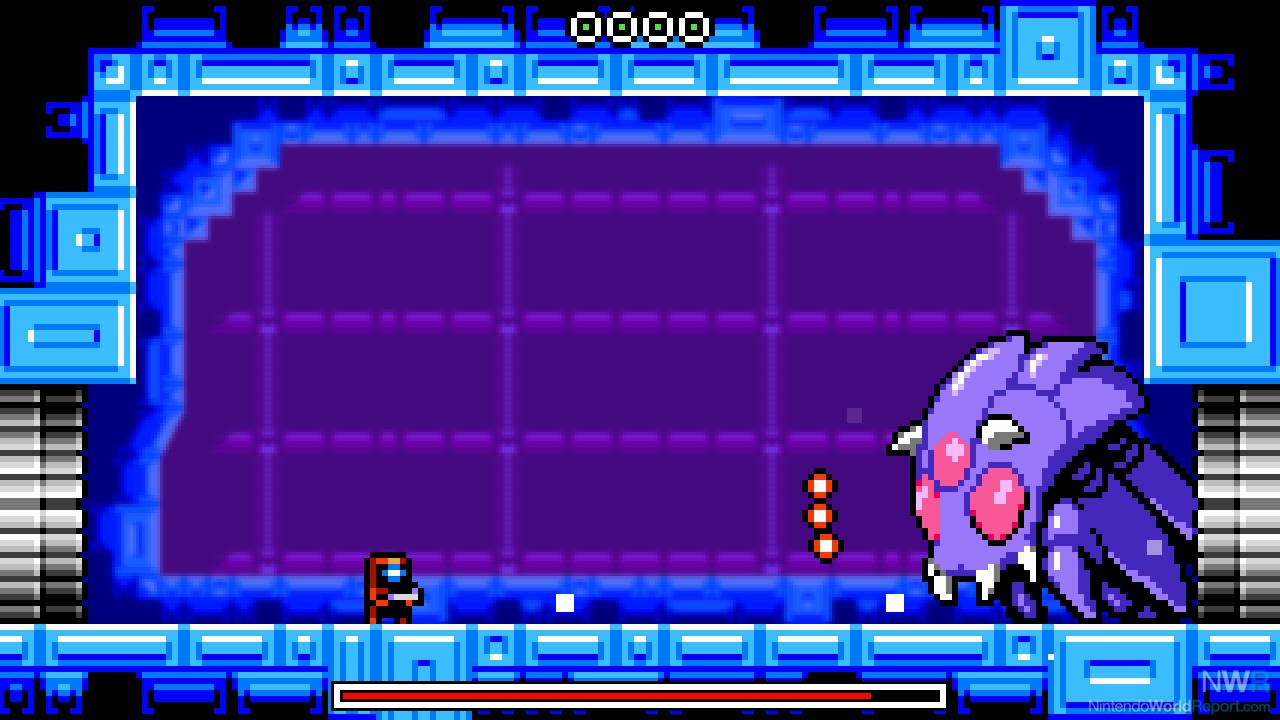 From an artist’s perspectives, it’s a 2D pixel art game, with some nice ambiance for music. I didn’t get blown away by it, but I think that’s because the game isn’t going for that. I believe it was going more for fun in the game design rather than in the art, and that’s totally okay. Plus if you like old school video game art, this works fine, otherwise it’s just a “play-it-safe” art style and soundtrack. And that’s really all there is to say about Xeodrifter. It plays great, it’s hard to beat but addicting. There’s enough content to enjoy looking for, and I honestly think that it’s a well-designed game for what it is. It’s small, and uses a lot of the same enemies, but that’s a huge nitpick on what I think is a great game. It reminded me of why certain enemies are designed the way they are, like how Super Mario Bros. certain enemies act against Mario’s primary form of mobility, jumping, by also jumping. Xeodrifter adopts this mentality, by putting upgrades in places that have challenges preceding them, and with enemies that are supposed to get in the way of how the space explorer plays. I recommend it if this sounds like an experience you’d like to try. 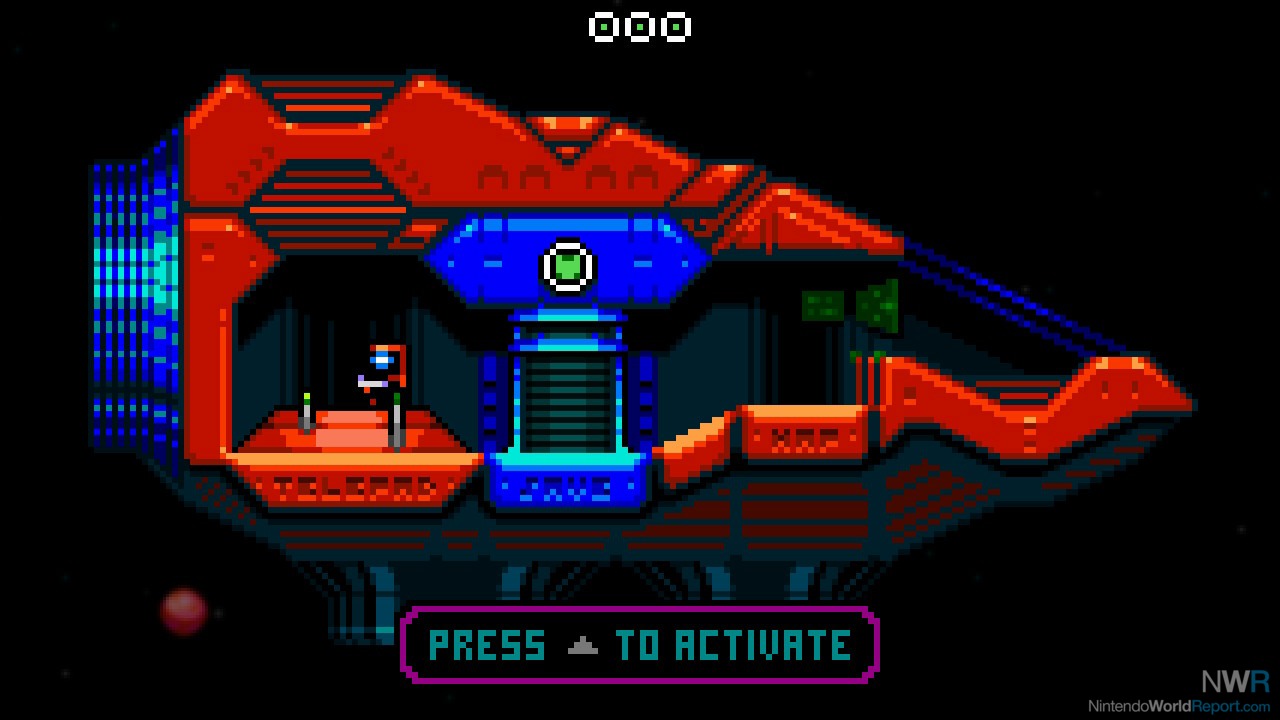