Thus far in the Switch’s short life, I’ve been surprised by the number of titles from the resurgent classic adventure genre as well as their quality. The fact that the Switch is both portable and has a touchscreen may have a lot to do with this; in many regards it may be the perfect console system for enjoying them. Adding to the list we now have The Darkside Detective, bringing with it a host of quirky characters, pop culture references, and stylistic pixel art. 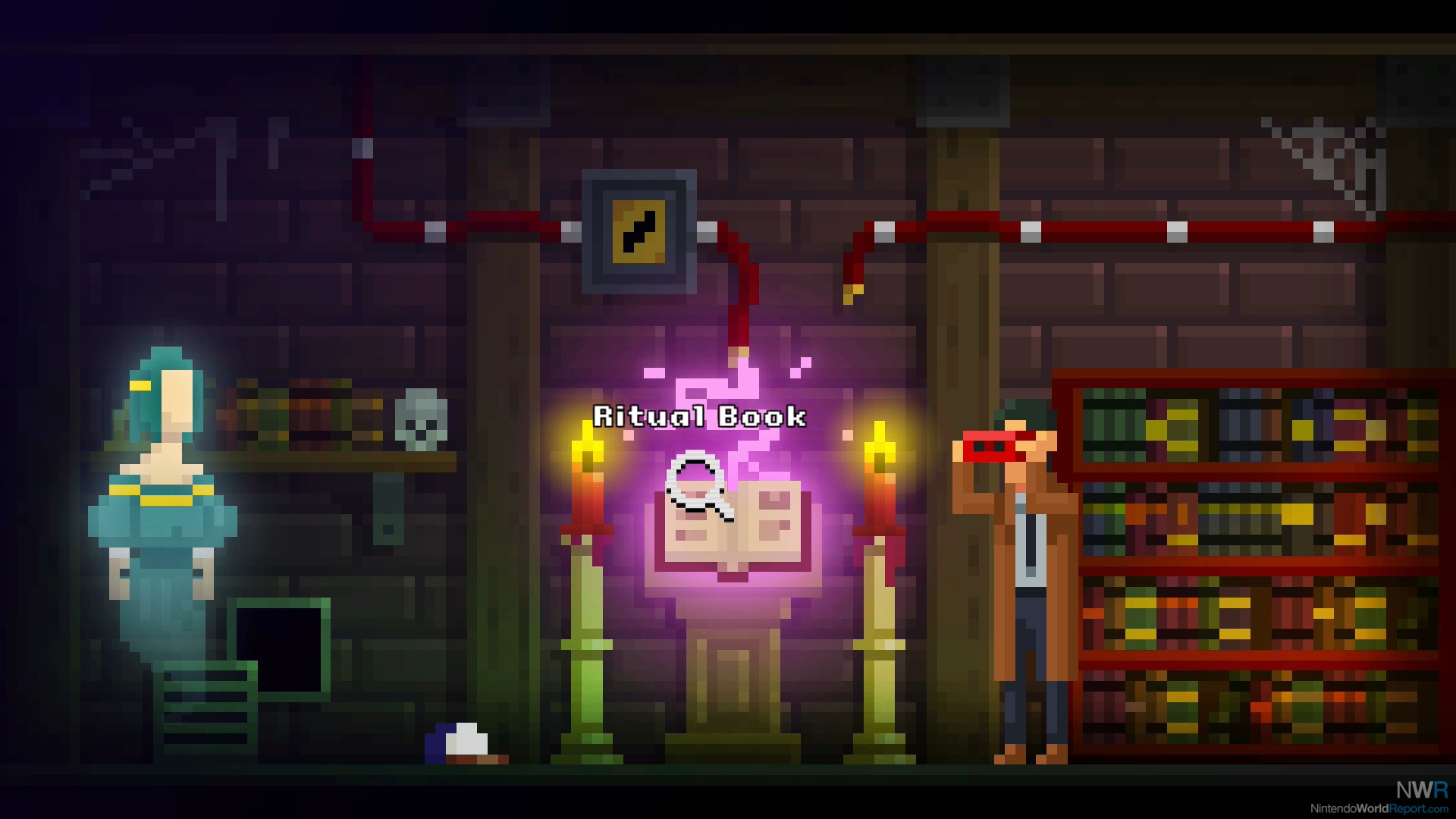 As is the case with any game in this genre, the majority of the time is spent exploring rooms, poring over anything that can be clicked on, then figuring out how to solve a variety of puzzles requiring objects and your wits to solve.. Humor is commonly derived from the dialogue options and the descriptions of the items. Specifically in the case of Detective, an abundance of jokes involve movies and television and while it all worked for me, I’ll acknowledge my age may have helped some of these connect. Younger gamers, in particular, may find some of it a bit more hit and miss.

Over the course of the six cases, the first one being a bit shorter and serving more as a tutorial, there’s good news and bad news. The bad news is that, for the most part, each case lasts about an hour or two, depending on how quickly you read and can figure out the puzzles. The good news is that in general I’d consider the actions and puzzles, to be sensible so there’s a good chance you’ll be able to get through the game without heavy use of a guide. In a few cases I was thrown off only by the sequence I had to complete things in, not so much by not having the right idea, but in general I had a good time.

What it comes down to for a game like this is whether you’re a fan of the genre and what your expectations are for the length of the experience. I’d say that Darkside Detective isn’t the best adventure game on the system but it holds up well in the middle of the pack. The greater the breadth of your pop culture appreciation the more likely I’d say the jokes and references are to connect for you. In general, the game is riding on that understanding. It’s a worthwhile romp for genre fans who’d like a chance to enjoy five chapters with a reasonable length, have a few laughs, and not being quite as frustrated as with other games in the genre on the Switch.

I played this on PC and really liked it. I think the pacing was really good. The chapters were too long and the story moved at a nice clip. The game was a perfect length too.