It's good to be the king.

Once in a great while, a game I know absolutely nothing about comes across my desk for review and absolutely floors me. Shovel Knight was one of those games, and Mercenary Kings is another. Interestingly, both were Kickstarted. The latter was released in 2014 for PC and PS4 but this “Reloaded Edition” will hit the Switch, Xbox One, and Vita this week. It contains new characters, quality-of-life improvements, and more things to craft than in the original game. Trailers make Mercenary Kings look like Metal Slug, but that comparison isn’t quite right; this is a unique animal that I fell madly in love with. 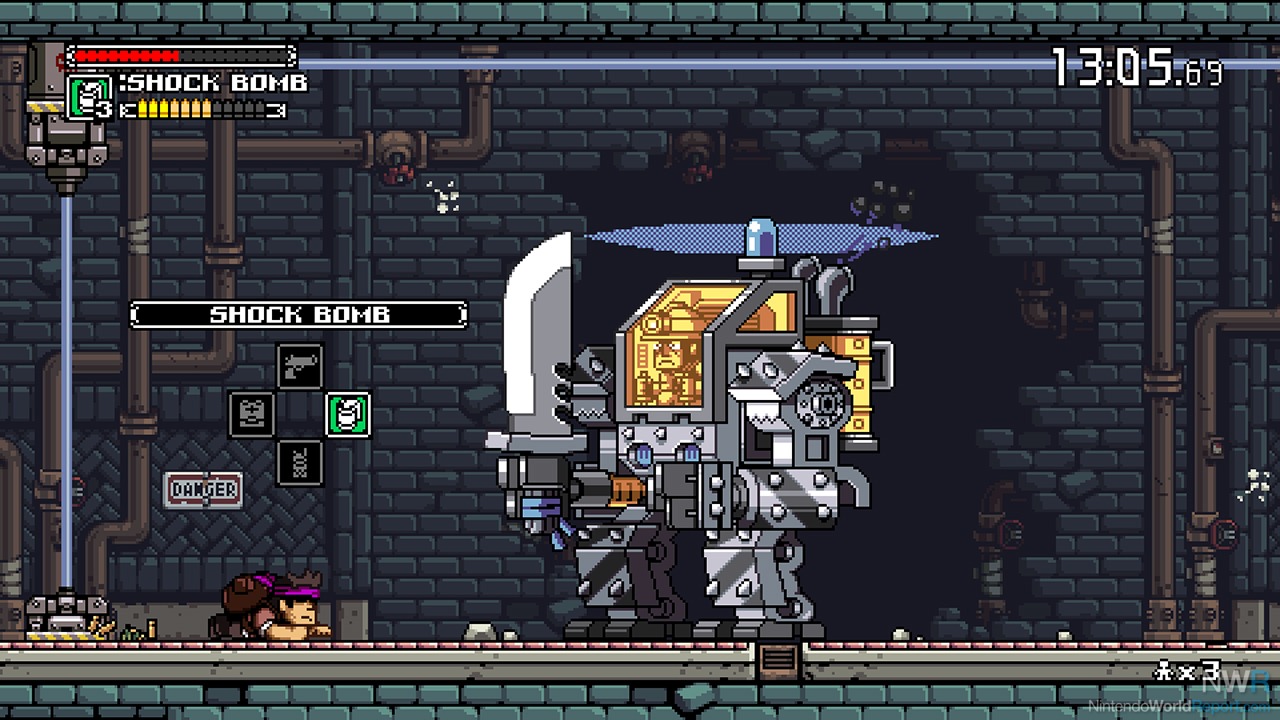 The Mercenary Kings are a band of paramilitary action heroes out to stop Commander Baron and his evil CLAW organization (Inspector Gadget not included). Baron has set up shop on the mysterious Mandragora Island and is bent on using its magical properties to create super soldiers to take over the world. You take control of one of the Kings—King, Empress, Frigg or C-Zar—and get sent out on dozens upon dozens of missions to take out the villains. The setup is simple: pick a character, select a mission, and then head out to the field. You have a certain amount of time to complete one or more goals. Once the primary goal is fulfilled, you warp back to your base camp.

Gameplay might best be described as Mega Man-esque: you run around surprisingly large 2D platforming levels shooting baddies, finding materials, blowing things up, and rescuing hostages. Your character has four inventory slots, though it’s really just two: your gun and radio transceiver are always there. The other slots can be used for a number of other useful things, like med kits, C4, or grenades. There’s a respectable variety of enemy types that includes humans, robots, and animals. The rare boss encounter typically involves a mech of some kind with easily-discernible attack patterns.

Throughout each mission, all kinds of materials in crates can be found or dropped by fallen enemies. Once back at camp, this loot can be utilized to craft new gun parts, knives, armor, etc. This is an addictive process largely because the loot is so casually strewn about and I never felt like I had to go hunt for a specific item. Gun parts can be swapped around to create a wealth of firearms, though I appreciated that not all parts of compatible with each other, thus keeping my OCD min/max tendencies in check. 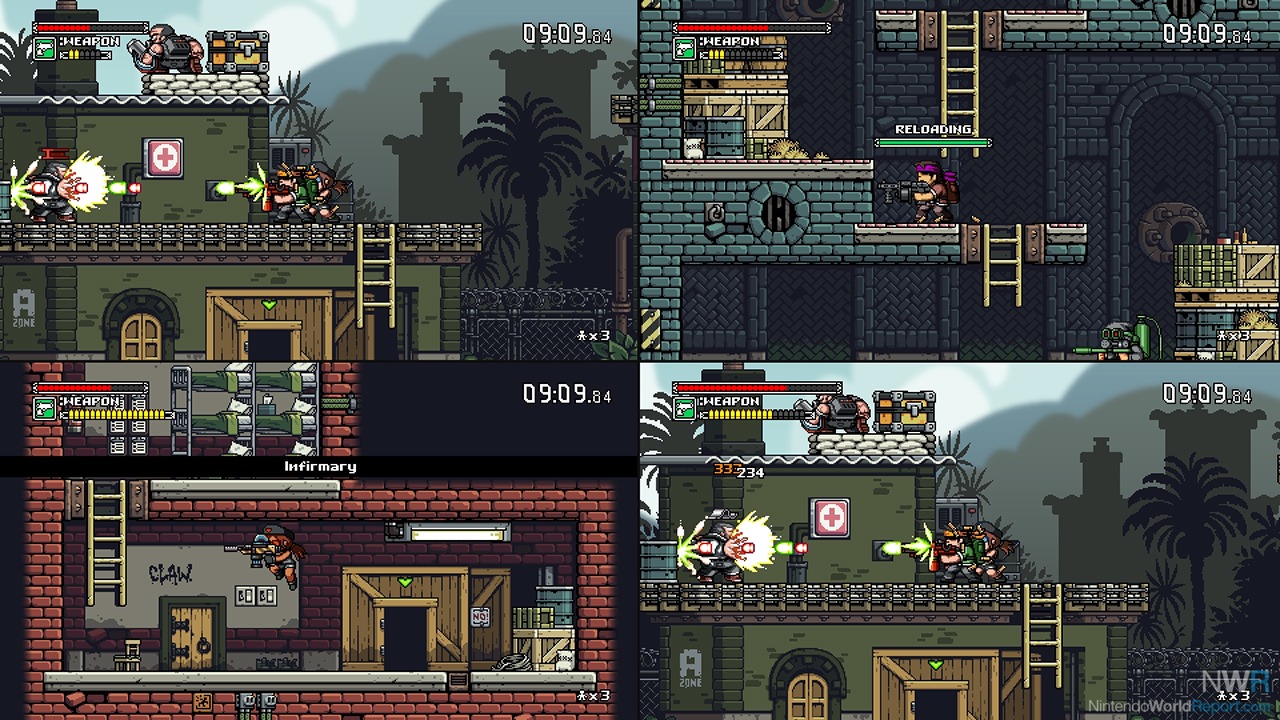 Missions are short enough that I can complete a healthy number every time I turn the game on, but a few seem more tailored towards multiplayer. Mercenary Kings encourages multiplayer, either couch co-op or online. Couch co-op involves splitting the screen into four quadrants. Online play is easy to set up: you turn your status from offline to local/public/friends and then sit for a couple minutes. There is no lobby. There is no list of people playing or trying to get a game going. You sit at base camp and wait for other players to pop into existence. It's unclear how the game decides who's hosting, but it was never me, and thus I couldn't choose the mission. However, when playing with friends, I could create a room and choose the mission. I did not encounter any lag, drops, or other hiccups; online works pretty darn well and populating a game is very quick. This could be the next great online Switch game, folks.

Graphically speaking, Mercenary Kings is essentially a sprite-based cartoon. It looks great, with expressive characters and really nice environments. If the aesthetic looks familiar, it’s because Tribute was the developer of that Scott Pilgrim beat-em-up from a few years back. I was initially surprised by the fact that human enemies bleed when killed, but it’s always kind of over-the-top (one dude’s head blows up like a balloon before popping) and I quickly moved past it. The music is phenomenal with a couple earworms that I can’t quite exorcise from my brain.

Mercenary Kings is a great time by my lonesome and online, both with friends and rando's. It's definitely worth checking out.