This game is ridiculous but I like it a lot.

If I had to break Earth Wars down for you, I’d say this: it is a sci-fi take on Muramasa with a loot system and a really questionable art style. Most of the game works really well, but the parts that don’t really don’t. It delivers some surprisingly robust gameplay that I genuinely enjoy.

The Earth has been attacked by a cabal of aliens called the E.B.E. and it’s up to you—a soldier who has been modified with enemy technology or something—to turn the tide of war. You will do this by shooting, slashing, and pillaging your enemies through a post-apocalyptic United States, upgrading your gear by crafting new stuff from the organs of your fallen enemies, and trying really hard to understand the skill system before giving up and just going with what works. 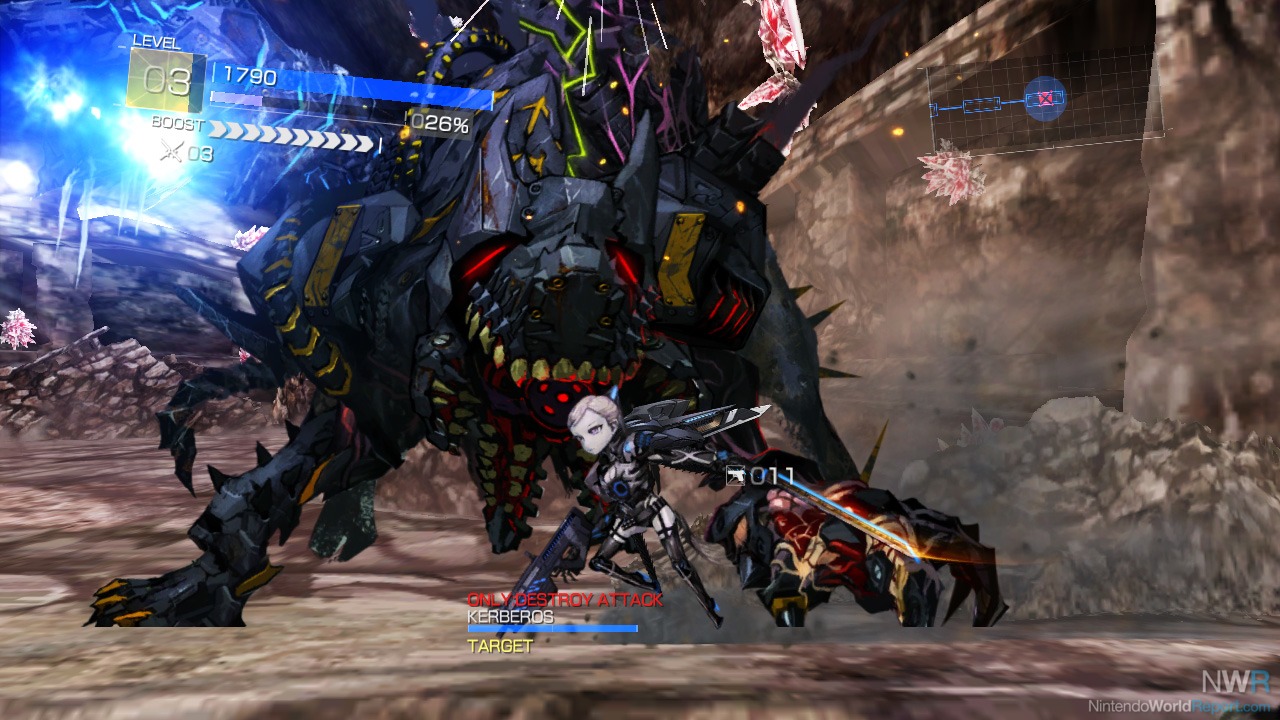 The first thing to do is customize your soldier, though no combination of options creates anything other than a hideous marionette (female) or a giant block of armor with a head (male). The character designers are trying to do that Vanillaware thing where each character is made up of several different layers, and they all move independently to some extent. But while Vanillaware has mastered this technique, developer One or Eight Inc. has not. To be fair, every enemy in the game looks really cool and the Vanillaware effect is pulled off more successfully there. But the human characters? Jesus, man, if this is what humanity has been reduced to, let ‘em go.

Thankfully, once you get out into the field and start playing the game, Earth Wars comes together quite well. Your character’s moveset is roughly similar to that of Muramasa except that you’re carrying two weapons: a sword in one hand and a gun in the other. Enemy encounters are brief affairs and you’re graded on your performance (you’re also graded at the end of a mission). Missions consist of running through a 2D landscape that is just stunningly gorgeous until you fight a boss, rescue a dude, find a specific item, or collect so many specific alien organs. Plot-driven missions are often interrupted by a significant amount of downtime where you can take on extraneous, lower stakes missions that generally provide an opportunity to get more loot and money. 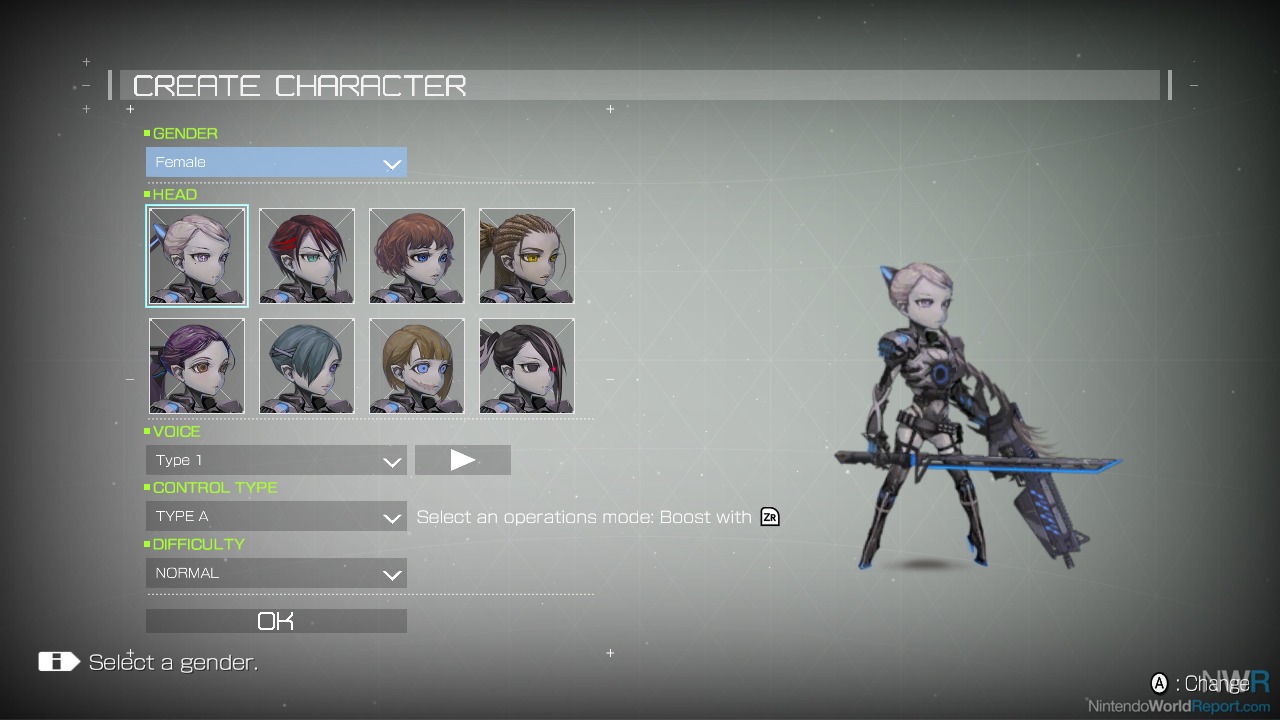 Your spoils go towards crafting newer, better weapons, armor, and accessories. You can also simply upgrade your current armament if there’s nothing available that you want to craft. You can break down old stuff into component parts, too. What’s nice about the armor, especially, is that most of it has a unique look and gives you some customization options for your soldier’s body. Once you’re done crafting things, you can head to the skill setting area, which I cannot even begin to understand. There’s this giant vertical shaft and on one side you have blue attribute bonuses and red on the other side. You can turn each bonus on or off, up to a certain number. You learn new skills organically by leveling up in the field (oh yeah, you level up). You can also radically alter your character’s stats by changing from offense-focused to defense-focused or balanced. And each of these builds has its own skill tree. Oh, and there’s a system in place where you can “tie” skills on one side of the tree to skills on the other side, but I have no idea why you’d want to do that or what the effect is.

The skill management system is a broken, confusing mess is what I’m saying. If any of you figure out how it’s supposed to work, please let me know.

And that’s pretty much the whole game. Go on missions, kill some aliens, grab some loot, and craft your way to victory. Everything except the human characters looks great and there are some nifty graphical effects here and there. Control is smooth and combat is fun, especially the bonuses you get for random things like attacking from behind, destroying enemy shields, etc. I can’t believe I’m saying this, but I like the loot/crafting system largely because it happens organically and you’re not hunting anything down. Earth Wars is a fun game, well worth the ridiculously cheap price (five bucks). It’s not perfect but it’s a spirited attempt to imitate Muramasa.

Game has such a low price tag for a pretty decent game.

If I bought and enjoyed Iron Combat: War in the Air, I can sure as heck buy and enjoy this.