Due to its support for Unity and mobile form factor, the Nintendo Switch has quickly become the host of many mobile game ports. While some games that have successfully adapted to the platform, some of these mobile ports do not offer enough of a change from the mobile version to justify the need of a console port. Unfortunately, Tiny Troopers Joint Ops XL falls short of its Extra Large Moniker and struggles to free itself from the less desirable parts of its mobile roots.

Tiny Troopers Joint Ops XL is a twin-stick shooter in which the player controls a small squad of soldiers as they complete various missions. Missions are fairly short and typically focus on one or two main objectives with some bonus objectives. The objectives are frequently recycled and most of the time the player is either rescuing hostages, taking down military buildings, or eliminating all of the enemy troops on the battlefield. The Switch version includes the first two mobile games as well as a zombie campaign and horde mode missions.

While all these objectives are rather mundane, the worst offender is the missions where the win condition is defeating all of the enemy troops. Enemy units do not show up on the game’s mini-map, so these missions tend to drag on for far too long as you retrace your steps seeking out the one last troop to kill to complete the mission. The zombie horde survival missions are the highlight of Tiny Troopers Joint Ops XL. By abandoning the oversized maps and bringing the enemies to the player in large waves, this mode offers the most desirable twin-stick shooting experience. 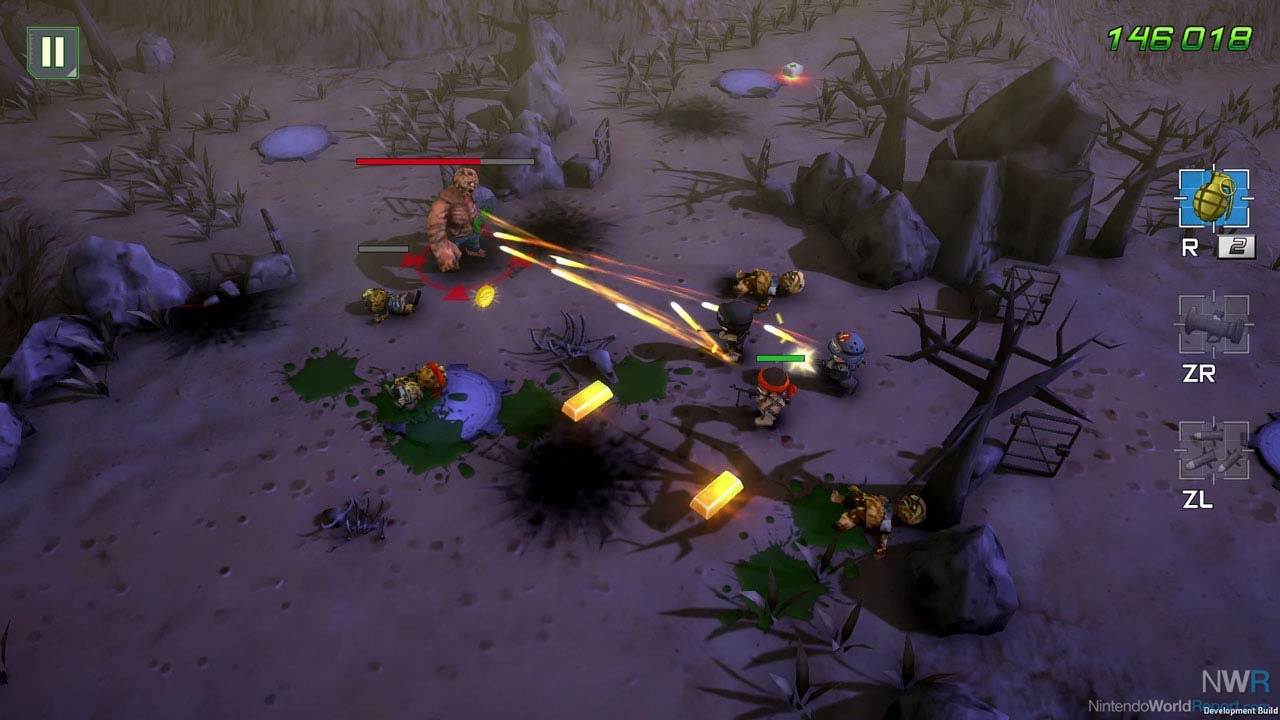 The most notable change Tiny Troopers experienced in its transformation for Switch is the addition of physical controls adopting the twin-stick shooter gameplay, as opposed to the original use of the touchscreen to select enemies to fire at and where to move. However, the aiming of the shooting using physical controls lacks precision and still seems to rely on some sort of an auto-targeting system, making the twin-stick controls quite frustrating. I found myself killing civilian NPCs that were near squads of enemy soldiers because the game would auto-lock on the civilian rather than the enemy, even though I was sure my aim was toward the enemy.

Touch controls are still available and offer much more precision than the physical controls; however those looking for a twin-stick shooter experience will be disappointed in the tap-to-shoot control scheme. This also creates an issue with playing the game in portable mode. Players are unable to Switch back to physical controls on the fly after using touch input in some of the menus. This can be frustrating if you intend on using the physical controls but accidentally hit the touch screen. 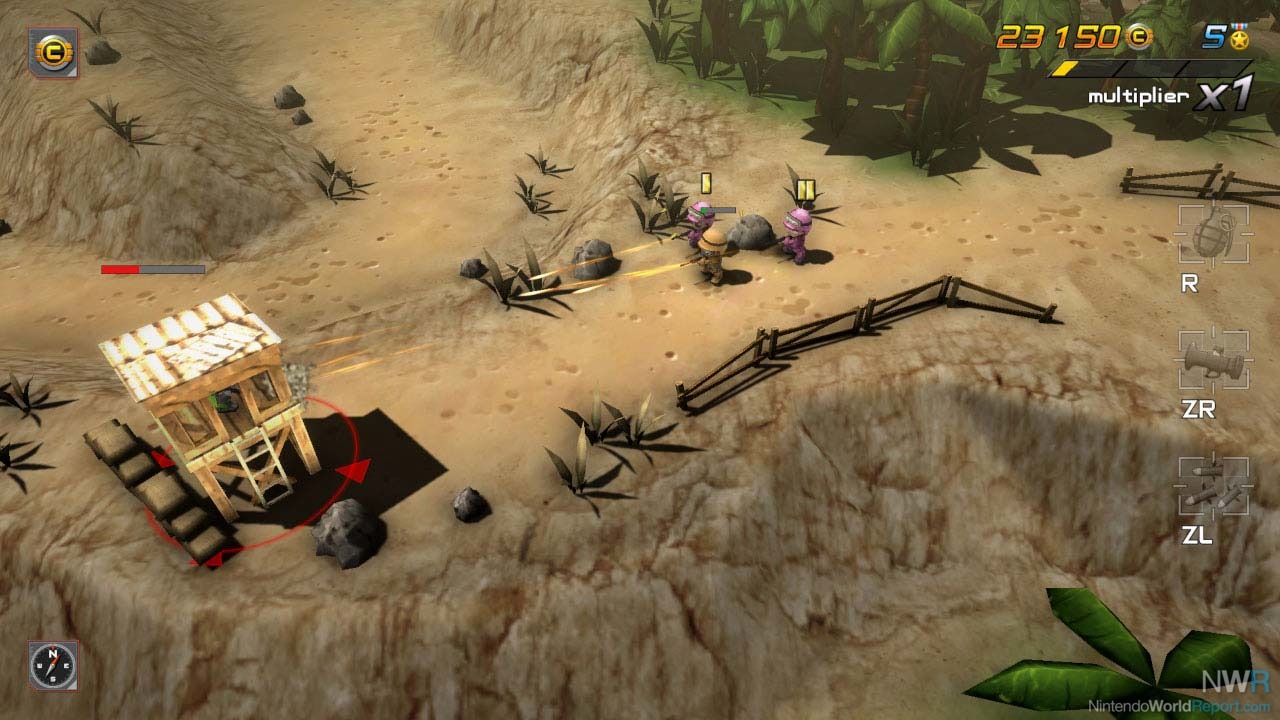 While microtransactions have been removed for the Switch release, the mechanics do not seem to have been adjusted enough to compensate for their absence. In-game currency, earned through gameplay, is also sold as a microtransaction on the mobile version. This currency is used to purchase upgrades as well as in-mission air drops of reinforcements and explosives. The rate of which this currency is earned in the Switch release feels to be quite low to prompt the purchase of currency. It would have improved the experience if more gameplay-related ways to earn currency were available in the Switch version.

Tiny Troopers Joint Ops XL’s console transformation fails to make the most of the Switch platform. As a premium-priced experience on console, it fails to offer the improvements that one would expect. The shadows of the game’s mobile roots as well as its rough transition to physical controls make the console version difficult to recommend.