Coming over from the mobile space with a budget price and a clear sense of style Red Game could be worthwhile for the right audience.

In the space of low-budget Switch games, the eShop doesn’t have a lot of choices. Enter the appropriately named Red Game Without a Great Name and its slick appearance. Sharing aesthetics with the similarly-named Green Game Timeswapper but not its problematic wandering controls, it has a relatively simple mechanic that challenge across 60 increasingly complex levels. 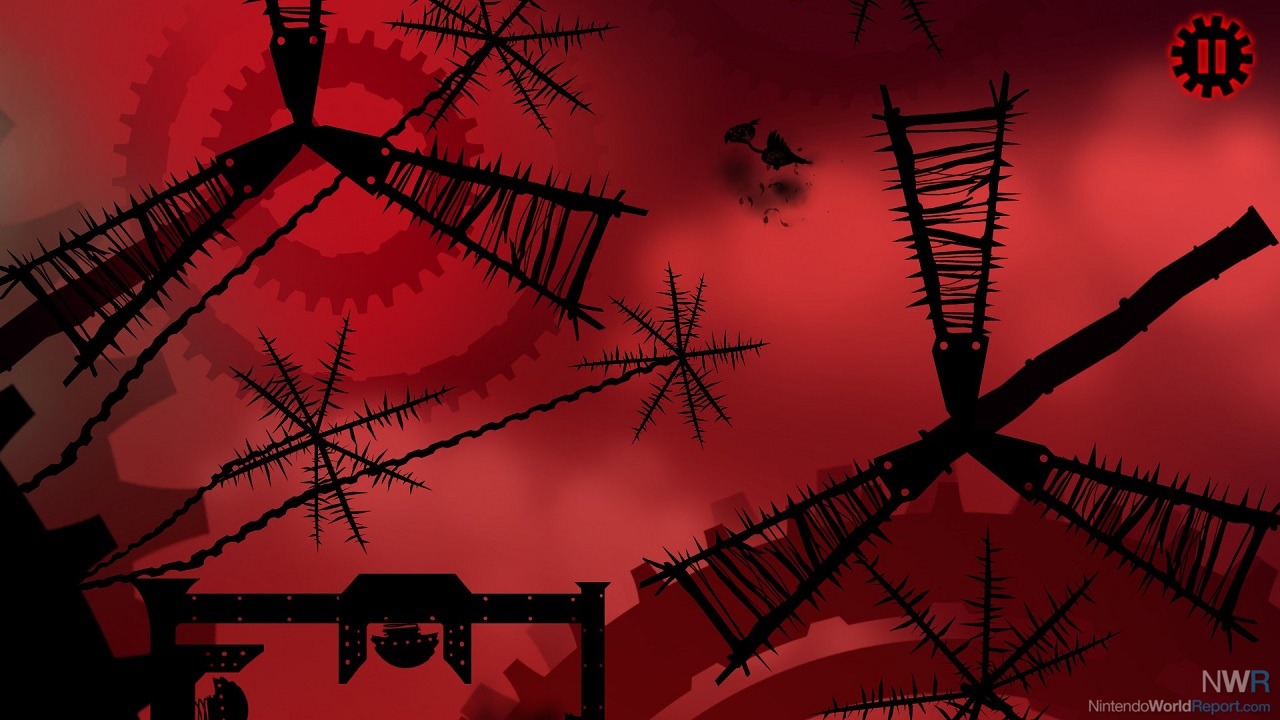 The game has a very distinctive and polished look. With relatively simple but detailed black foreground elements on a varied red background, everything is crisp, clean, and brimming with style. Since the mechanical bird you’ll control is in constant motion, as is the camera that will force you to keep moving, you won’t get much of an opportunity to take it all in but don’t worry, in many sections, death happens frequently enough that the simple and distinctive locales stick out.

The only control is to swipe the bird from one spot to another on the screen, meaning this is strictly a touchscreen affair. Docked mode is rendered unplayable, but at least the sacrifice makes sense given the style. While this relatively basic control scheme would seem to make things easy, new elements are continually introduced to complicate everything. Aside from the various traps that kill on contact, directions can change as well. Each new element is generally given a quick but instructive bit of on-screen text followed by a small safe space to showcase the effects, making sure nothing ever takes you by surprise. 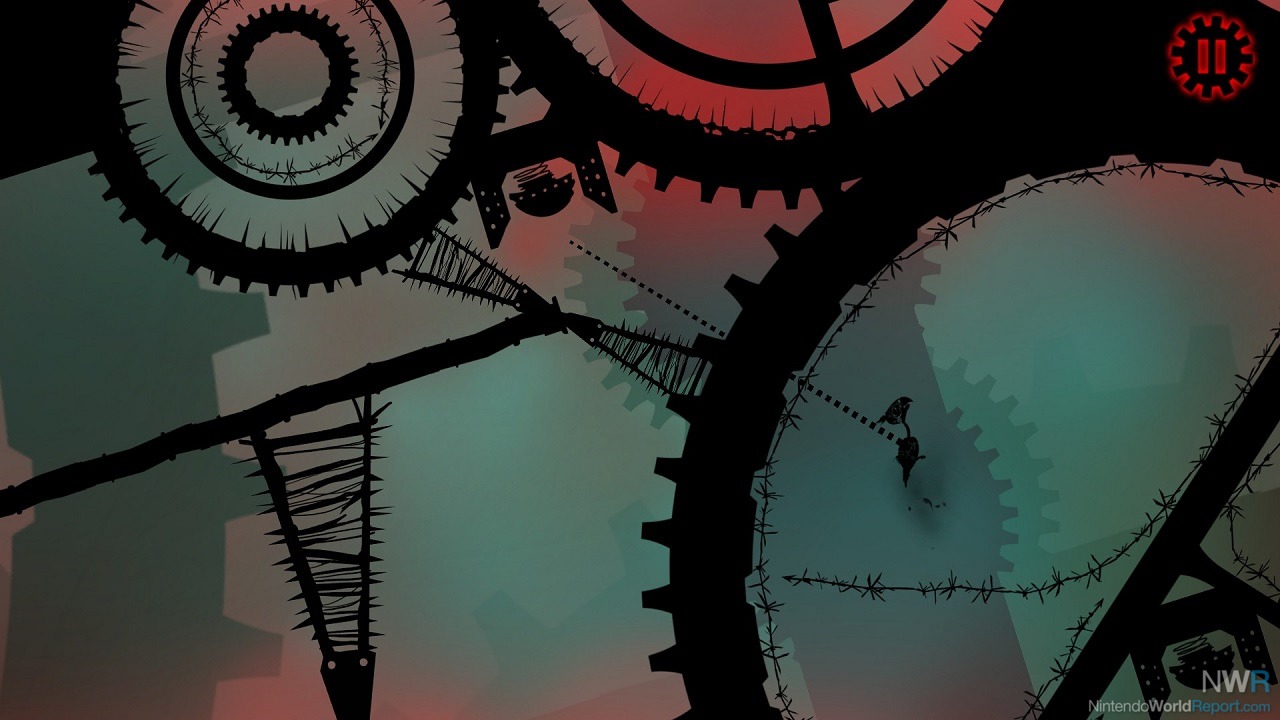 In general terms, aside from noting how challenging the game can get at times and in the moment some things can feel a bit unfair, for the price it’s hard to have many actual complaints. Some sections require deft precision to avoid death, but usually that only happens when trying to collect all 3 cogs on every level. In relation to trying to collect all 3 cogs, the cruelty can come from the fact that touching them isn’t enough, as to collect them, the level has to be completed without dying. This gets particularly treacherous when trying to nab all 3 in one go. While that can make for a steep challenge at times, it is also 100% up to you whether you tackle it though.

All said, for the price of admission, Red Game Without a Great Name has more to offer than its lacking title would imply. With the likely frustration factor as you get further in it seems mostly suited to playing in shorter bursts, the levels are generally very quick to either complete or fail at before it takes you right back into the action again. If you enjoy some challenge and undoubtedly some aggravation in your gaming, it’s not a bad budget title to check out.