A Lily To The Past

Nostalgia is a powerful force that can make anyone yearn for the simpler, warm and cozy days of the past. Here we have Blossom Tales: The Sleeping King, a retro inspired action/adventure game from developer Castle Pixel. Just gazing at the trailer for a few moments might remind you of a certain SNES game, one recognized by some as the greatest of all time - The Legend Of Zelda: A Link To The Past. Blossom Tales is obviously heavily influenced by this classic 1991 gem, from the look and feel right down to the gameplay. So how well does it play? Well, it turns out that it's a pretty dang amazing experience from start to finish, and provides a wonderful ode to the franchise we all know and love. 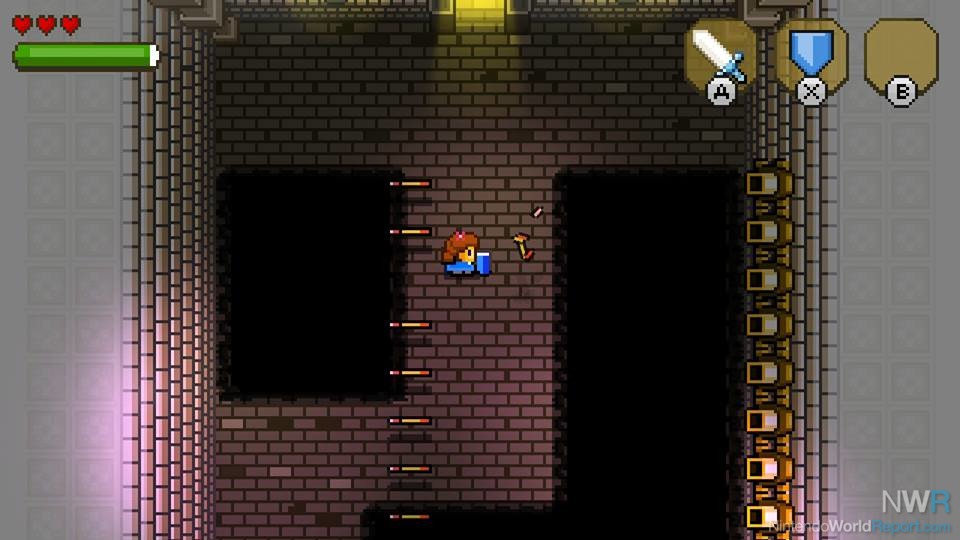 At the outset you'll be introduced to a Grandpa sitting by a fireplace telling his grandkids the tale of a King that has been cursed into a powerful slumber by his evil brother Crocus. The King's disciples explain that in order to wake him the heroine Lily must find the sacred ingredients found in 3 ancient temples hidden across the land to make a legendary potion. Sure, it’s not the most fascinating set up - but if it ain’t broke don’t fix it. 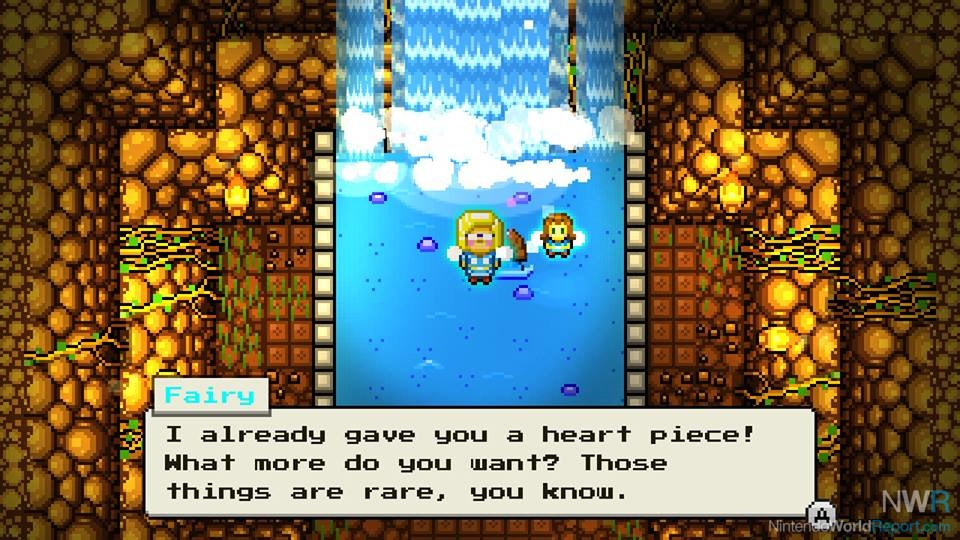 Controlling Lily feels smooth and quite responsive when swinging her sword. Charging a slash not only results in a spin (or "roundhouse") attack, but can also be used as a forward burst in any direction to execute a devastating slam that's very powerful against most enemies. With the sword permanently assigned to the A button, the player can designate the B and X buttons to any other weapon or item they want. Interestingly enough you can only equip 2 other weapons at a time, even with the numerous amount of buttons on the Switch that are left to waste. Maybe it was the designer's choice to keep it true to the likes of Link's Awakening's item management - but nonetheless I found myself switching items a great deal in the midst of action and puzzle solving. 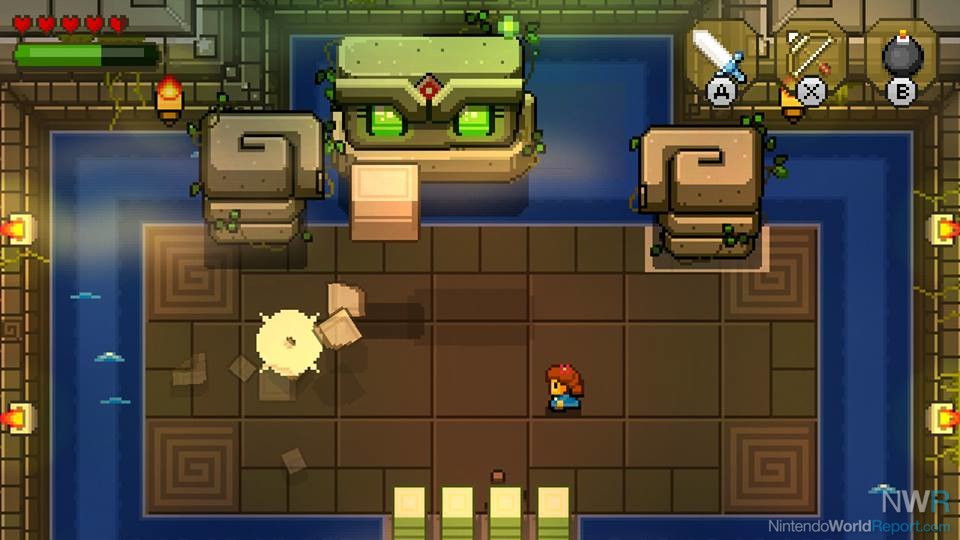 The look and aesthetic design has sort of a square theme going on, almost like a somewhat blocky and more vibrant version of Link's Awakening. From the square leaves sticking out of the trees to Lily's adorable blocky dress, the subtle rectangular style looks great and fits well within the magical world of Blossom. Every character and enemy design is also handcrafted and written to be quirky and lively. The music complements the retro-rooted gameplay, having a nice and catchy chip tunes soundtrack to accompany your journey. Throughout the adventure there are plenty of puzzles and mini-games to participate in. Stumbling off the beaten path can be very rewarding with heart pieces and magic upgrade goodies hiding around, as well as lots of sweet coinage. The world is around the same size as A Link To The Past and is packed with funny characters singing songs or sending the player out on a fetch quest. All of the NPCs have great dialogue, some reminiscent of classic Zelda scripts and the others even taking jabs other games. 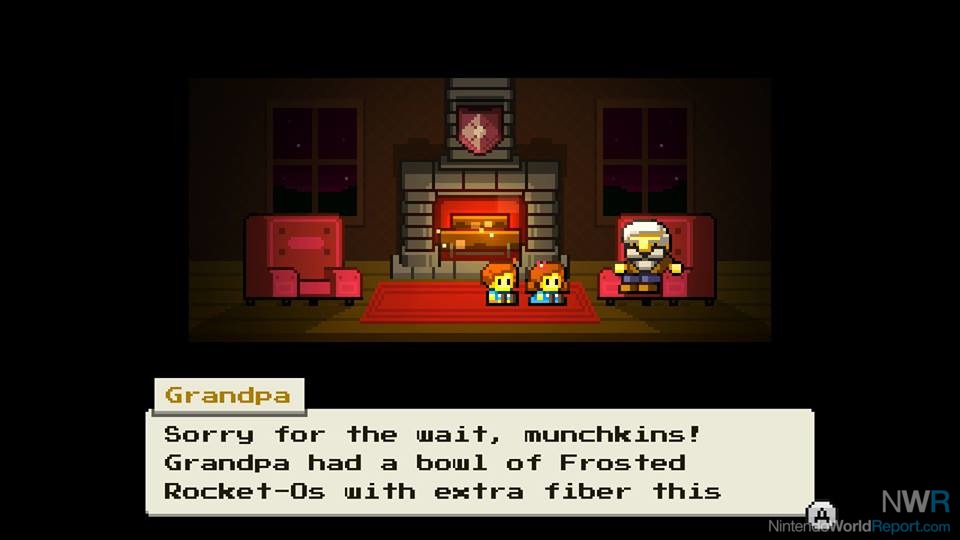 One of my favorite aspects is the great narrative provided by Grandpa and his grandkids that really wraps the whole story together. Having a little banter here and there, cracking jokes during the downtime and even recapping where you are and what you're doing before booting the game back up were a delightful and enjoyable surprise throughout the game. Because Grandpa is telling a story to his grandkids sometimes they have the opportunity to actually change what happens to Lily. For instance, at one point the heroine is ambushed by a group of bandits and the player gets to decide who their leader is, either a Pirate Queen or a Bandit Ninja. Although this only happens a handful of times it’s a great example of how this story-telling setup coincides with the gameplay to make a cohesive experience.

While Blossom Tales as a whole does seem like a love letter to classic Zelda, there are a few modern improvements that make this game a snappier experience. Instead of finding arrows and bombs hidden in pots or tall grass there is a rapidly-filling magic meter to allow unlimited item usage. Also seen in recent top-down Zelda games, this system simplifies the game overall and provides a neat and tidy structure allowing for the player to always have access to the weapons they need, although this regrettably means that there are no bosses that literally regurgitate a bundle of arrows to supply the player mid-fight. Other welcome additions are the portals that are scattered throughout the world that provide quick access to any part of the map, making fetch quests and back tracking that much easier. 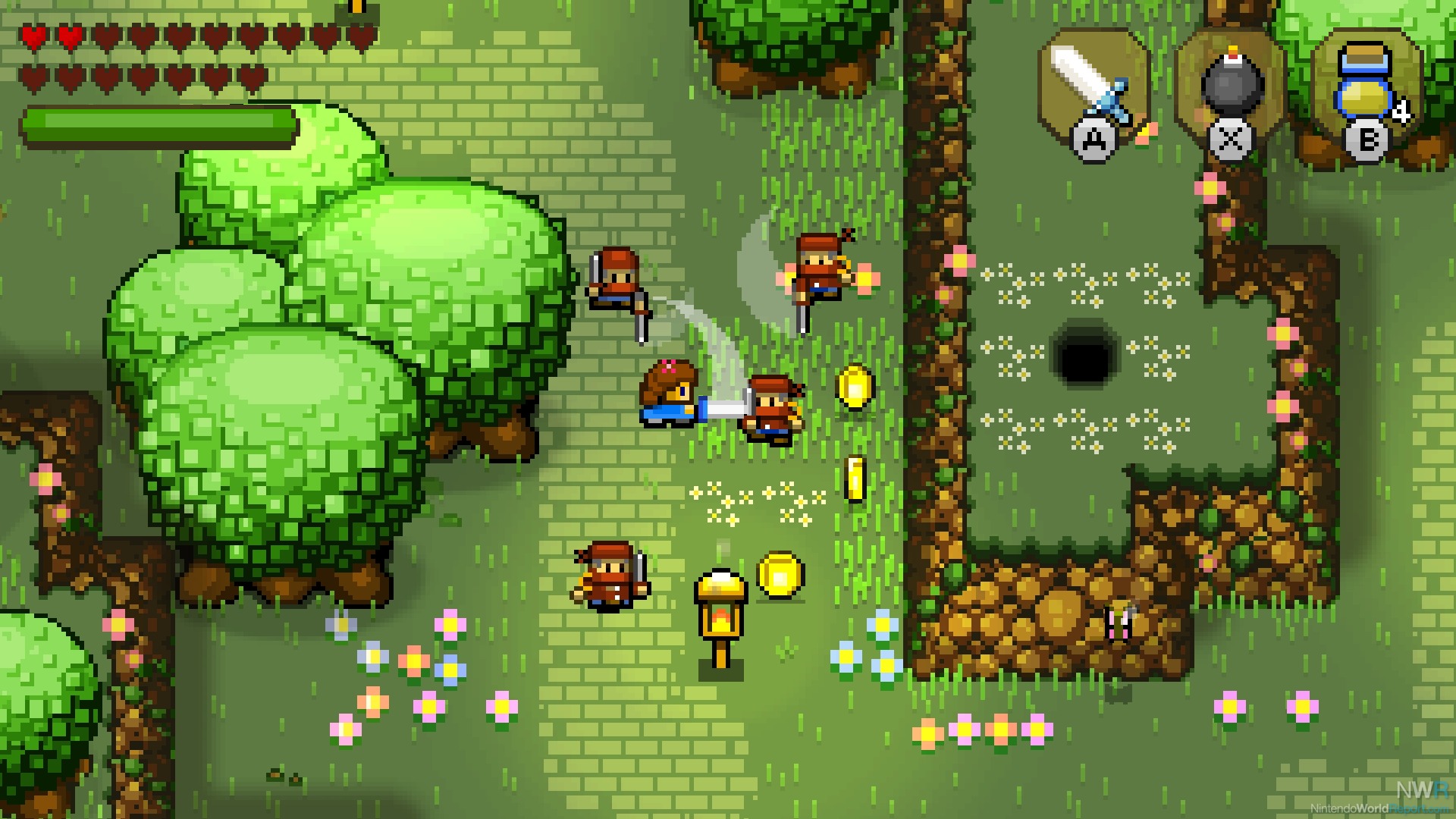 Like most kids, I grew up playing and absolutely adoring classic Zelda games. Blossom Tales successfully accomplishes it’s goal of recreating the tried and true simplistic gameplay found in the classic action/adventure genre, but also adds a bit of its own personality as well. By adapting new mechanics for a more fluid experience and combining that with the charming story-telling narrative, Castle Pixel has created an elegant love letter to one of Nintendo’s most cherished and beloved titles. So if you yearn for a polished Zelda experience, look no further - Blossom Tales: The Sleeping King is a beautiful homage.

I literally heard about this game like five hours ago. Looks great. Highly doubt there will be a physical release so I’ll probably download this tonight or tomorrow.